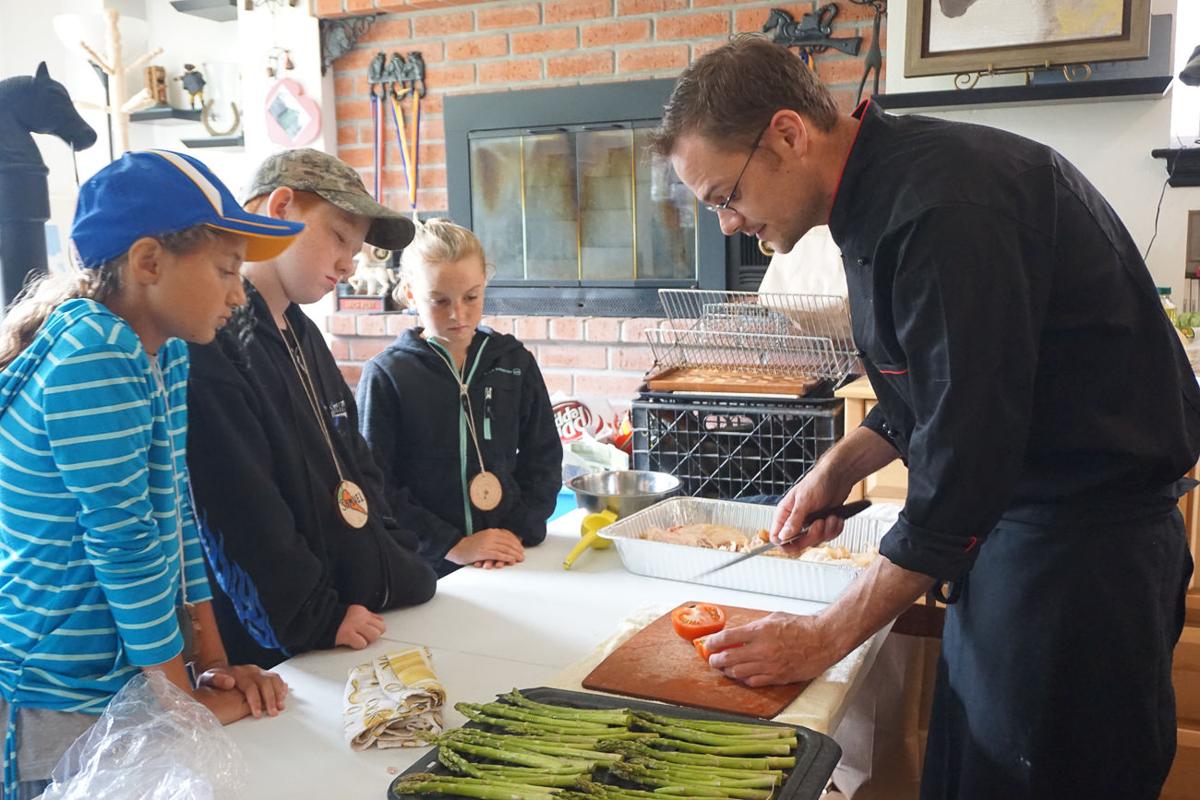 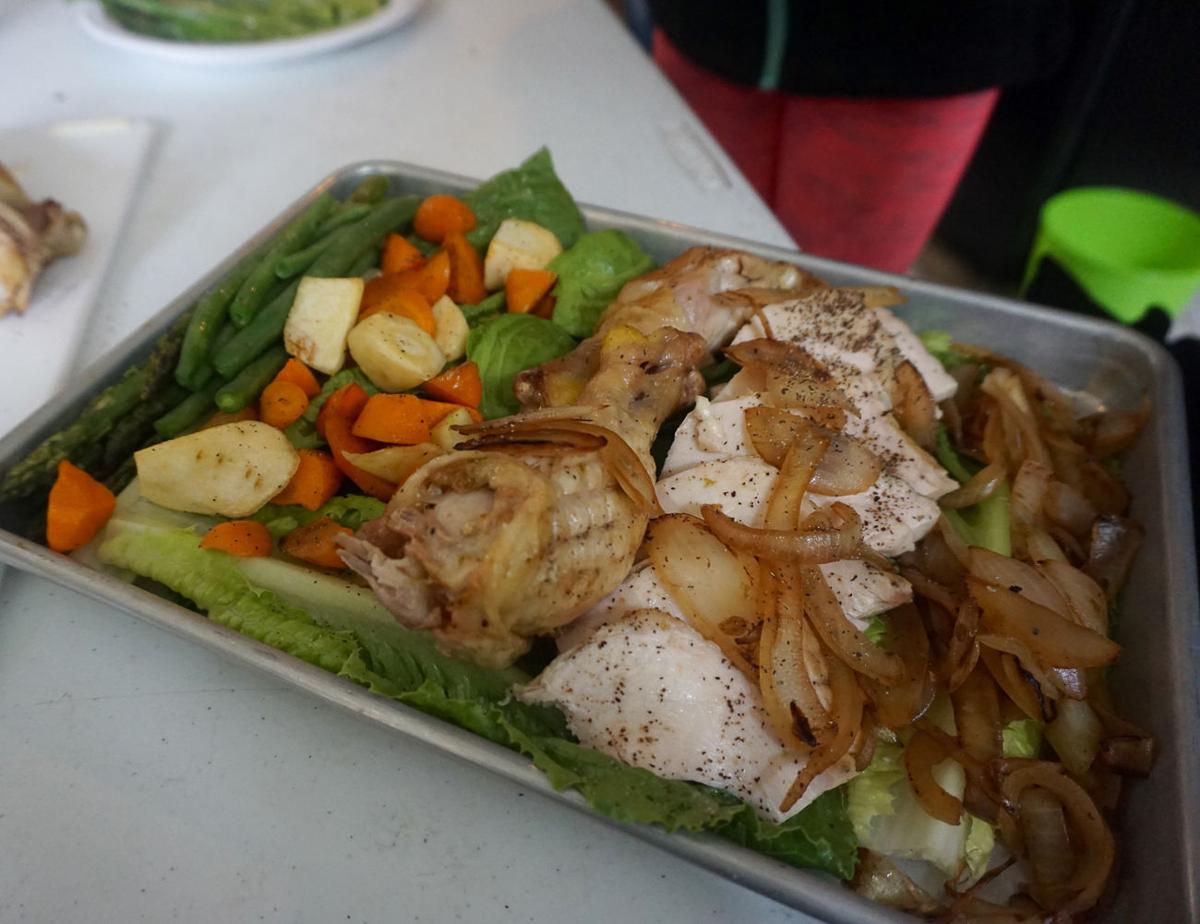 The ingredients in Ben Jones’ chicken, veggie and soup recipes are simple — almost deceptively so. But as kid chefs manipulated them with different techniques in a cook-off, the flavors became much more complex.

After a day of menu planning and preparation, Jones gave his young charges these building blocks and let them play at Healthy Planet U.S.’s Camp Food Fight. It’s a day-camp hosted at the Double J Ranch in Montara.

“These recipes were meant to show younger people how to let the flavor of the ingredients speak for themselves, and to show how the method of cooking can have an effect on the flavor profile or the produce,” Jones wrote in an email.

Using ingredients such as carrots and parsnips that are readily available at most produce stores year-round, his recipes find uses for even the scrappiest scraps, so nothing goes to waste.

Jones said that he adapted a roast and soup recipe he makes as a chef at Boxed Foods Co. in San Francisco so that they can be created by someone who doesn’t have a lot of experience in the kitchen. That includes the fourth- through eighth-graders at Camp Food Fight.

While Jones provides easy-to-follow instructions, he doesn’t outline every detail in his recipes. That’s on purpose.

“This can be very subjective,” he said, suggesting basing the amount of vegetables on what you’re prepared to eat or shaking in spices to taste.

“Just remember, you can always add more, but you can’t subtract,” Jones said. “Start with a little and add as you go. Experiment with different things and try new combinations of herbs.”

If the recipe doesn’t turn out quite as expected, well, that’s just part of the beauty of playing in the kitchen.

Half of a white onion, diced

Remove the chicken gizzard and any bits in the body cavity. Set to the side for stock.

Pat the chicken dry with a paper towel. Dry the inside of the body cavity also.

Rub outside of chicken with a small amount of cooking oil. Sprinkle evenly with a heaping teaspoon of salt.

Place a half of a lemon inside the body cavity.

Place chicken in the oven. If possible place chicken on a cooking rack. Roast for 2 to 2.5 hours.

Chicken should be cooked to 165 degrees F.

Once the chicken is fully cooked, let cool for about 10 minutes.

Break down the chicken at the joints with a sharp knife. Start by removing the legs. Then cut the breasts. Break down the rest of the chicken by hand. Pick as much meat off the bone as possible. You should end up with eight pieces:  two thighs, two drumsticks, two breasts and two wings.

Set bones and unusable pieces aside for stock.

Peel and remove ends. Save for stock.

Toss lightly in cooking oil and a sprinkle of salt.

Roast in oven for about 10 to 15 minutes. The edges should just start to turn dark. Check frequently. Parsnips will cook faster than the carrots. Remove parsnips once cooked, followed by carrots.

Make sure everything in the pot is submerged in water. Simmer on medium heat for several hours. Strain broth into a container.

Place chopped tomatoes in large pot with about 1 cup of chicken stock.

Sauté white onion and garlic cloves until very soft in a pan. Add to the tomatoes.

Cook over medium to low heat for 1.5 hours or until tomatoes are broken down.

Puree the tomatoes in a blender.

Use a roux (equal parts combined melted butter and flour) to thicken the soup as desired. Slowly stir into soup to thicken.

Note: Remaining stock can be refrigerated for up to one week. To keep longer, freeze in ice cube trays.