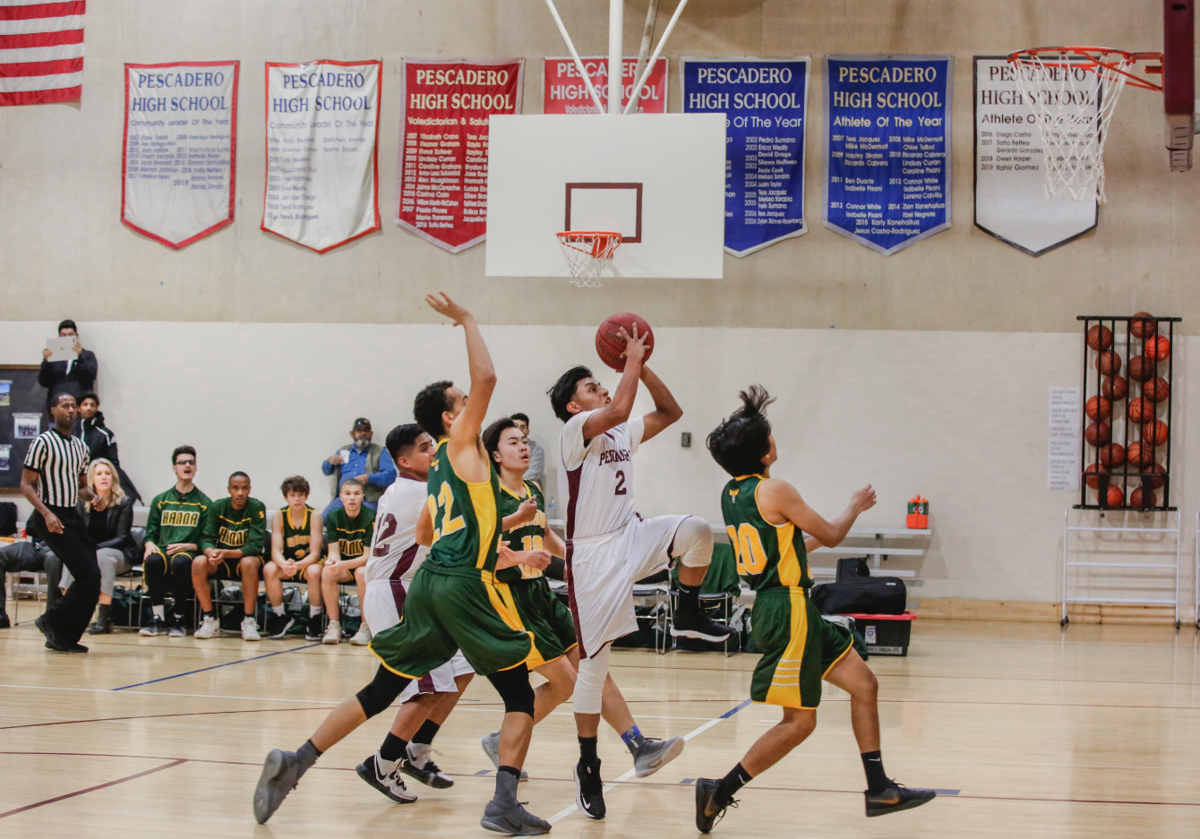 Pescadero High School hosted its annual Hoop Dreams three-day basketball tournament last week and it brought out the best in both boys and girls teams from across the region. Kyle Ludowitz / Review 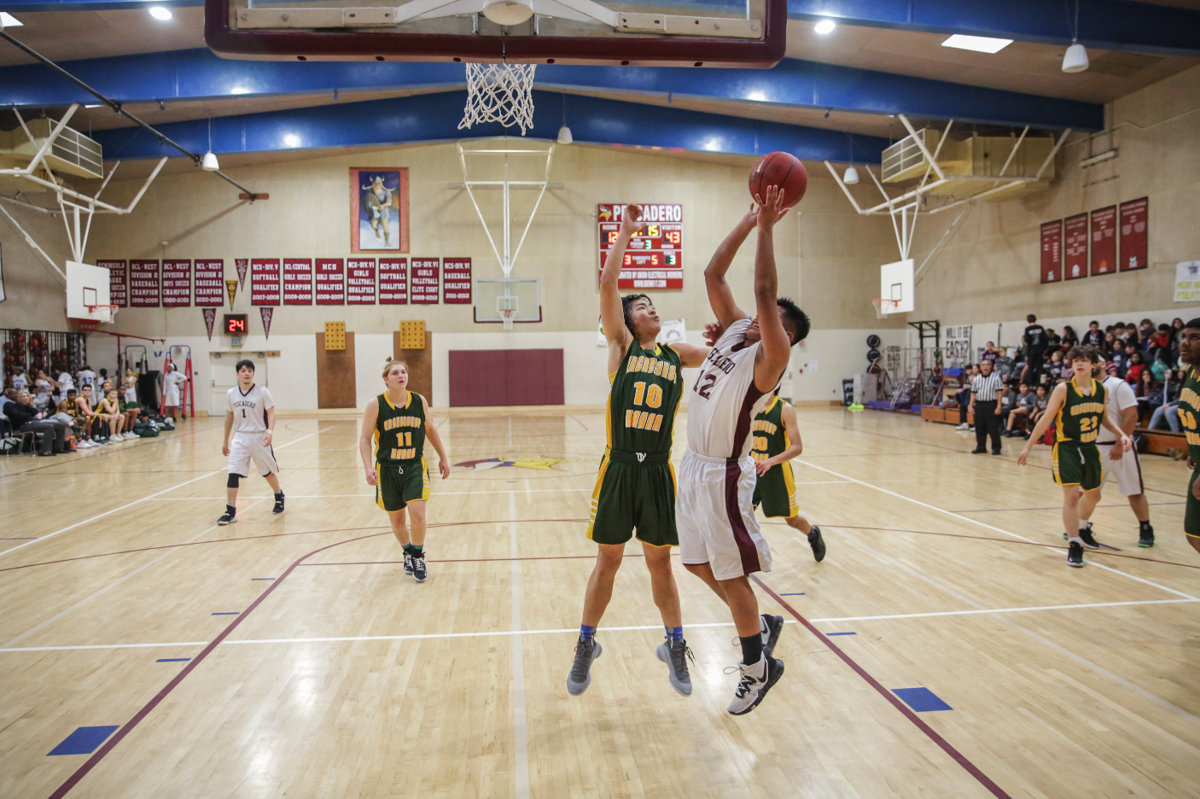 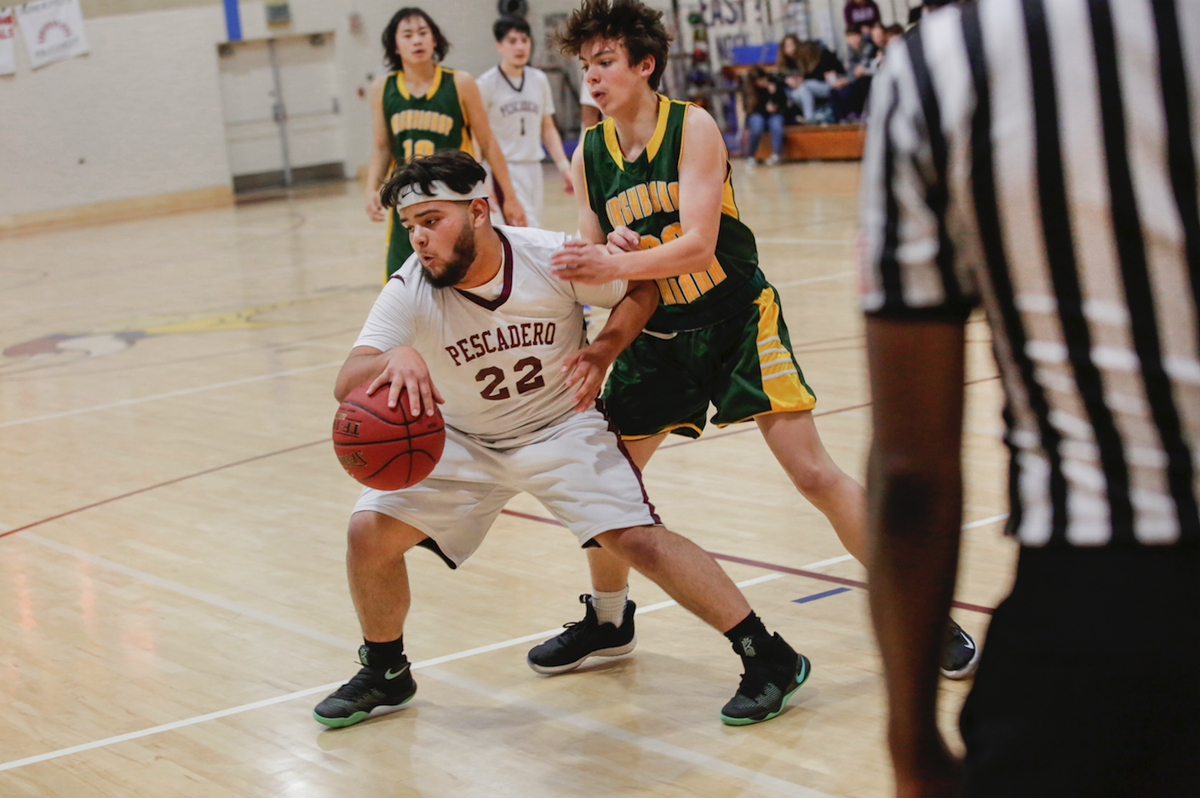 By 9 a.m. on Thursday morning, Pescadero High School’s gym was packed. The bleachers shook as middle and high school students, wearing plastic Viking helmets, cheered on the girls varsity basketball team to a 40-6 dismantling of Santa Cruz Kirby in the first round of the Hoop Dreams Small School Invitational Tournament.

It was round-the-clock basketball in Pescadero at the end of last week, as 10 schools played eight games a day for three straight days. It was non-elimination; each school was guaranteed a game each day with a losers and winners bracket.

The Pescadero boys varsity team lost on Friday to Kirby Prep. The next day the Vikings got their first win of the season against San Francisco Christian, winning 34-33. Daniel Castro had 14 points and Yahir Gomez had 11 points.

The girls team looked much better than their No. 3 seeding in the first game. On defense, the Vikings consistently hounded Santa Cruz Kirby and forced contested jumpers. Pescadero was the far more physical team, getting offensive rebounds and consistently diving on loose balls.

Senior guard Emilia Corona was superb. She controlled the game’s tempo and finished with a team-high 11 points. But this kind of domination and chemistry didn’t appear miraculously. It’s taken years for the program to grow and players to feel confident enough to play in front of the entire school.

During Corona’s freshman year there were six girls on the roster. She said some of them didn’t look forward to playing. Now, the mentality has completely changed.

“It’s nice because this is the only time the whole school gets together for a game,” Corona said. “For most of our home games, it’s not very packed. When the whole school is here cheering you, it just feels good.”

Coach and school Athletic Director Charlea Binford started a youth basketball program seven years ago, and her current sophomore players were the first to go through it, learning the basics in elementary school. In her first four years of coaching, she didn’t have more than six girls. Now she has 19 and a junior varsity team.

She believes their momentum is building. The girls won their first four games of the season before losing the last two in the Hoop Dreams Tournament. Both were close finishes. On Friday, it was a 36-24 defeat at the hands of Quarry Lane. Saturday’s game was close all the way, with Joanna Corona scoring 13 points. Ultimately, the Vikings fell to Point Arena, 30-24. The girls tied their record with a fifth-place finish in the tourney.

“The first game of the season we were pretty nervous and it showed. Our shots were going over the backboard,” Binford said. “You could just tell they were hyped, and they were probably equally or more hyped today, but they’ve learned to control those emotions. They just stepped up.”