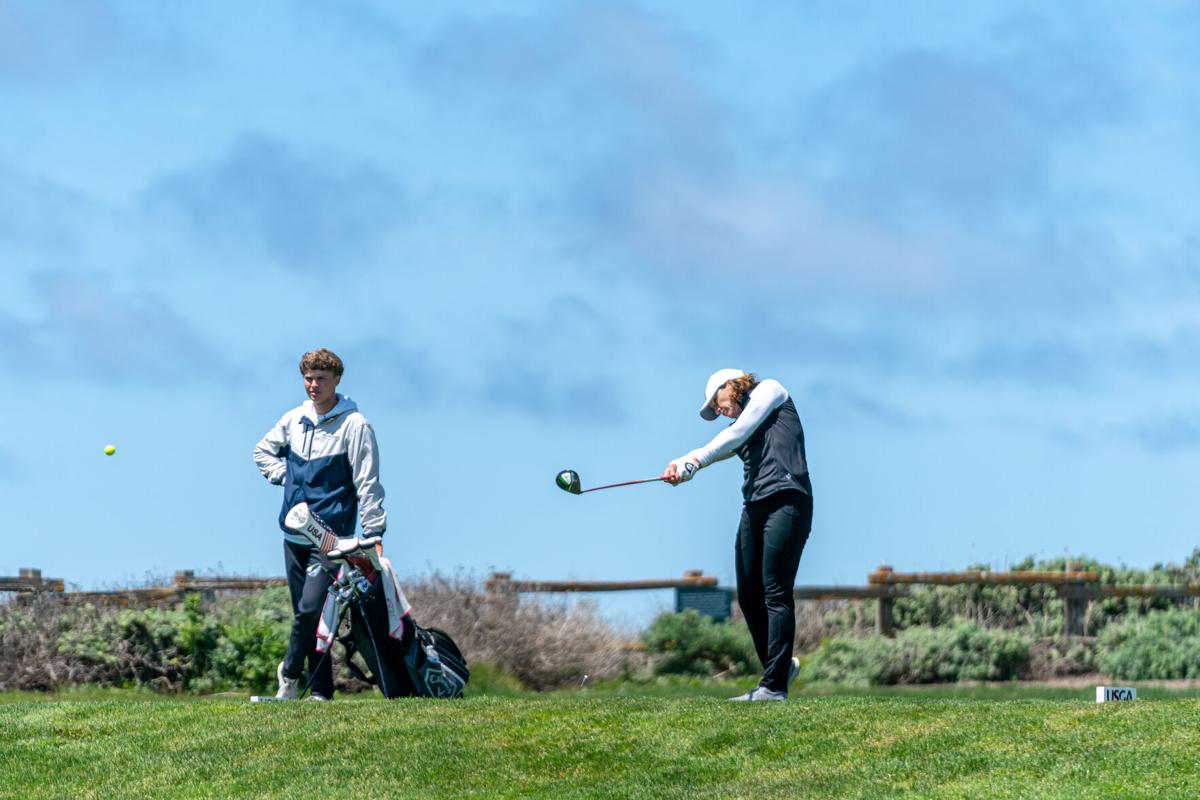 Juli Inkster, right, tees off from the 18th hole of the Half Moon Bay Golf Links LPGA Qualifier Tournament in Half Moon Bay on Monday, April 26, 2021. Adam Pardee / Review 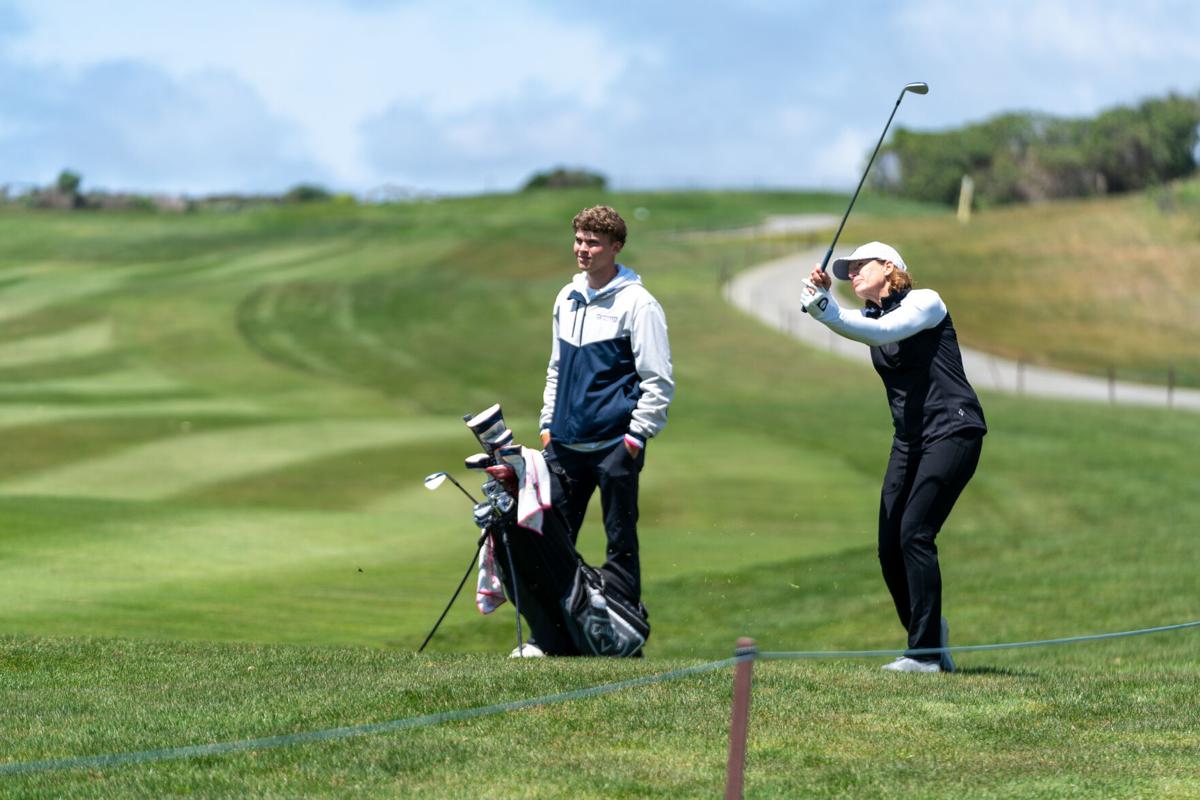 Juli Inkster, right, chips from the fairway of the 18th hole of the Half Moon Bay Golf Links LPGA Qualifier Tournament in Half Moon Bay on Monday, April 26, 2021. Adam Pardee / Review 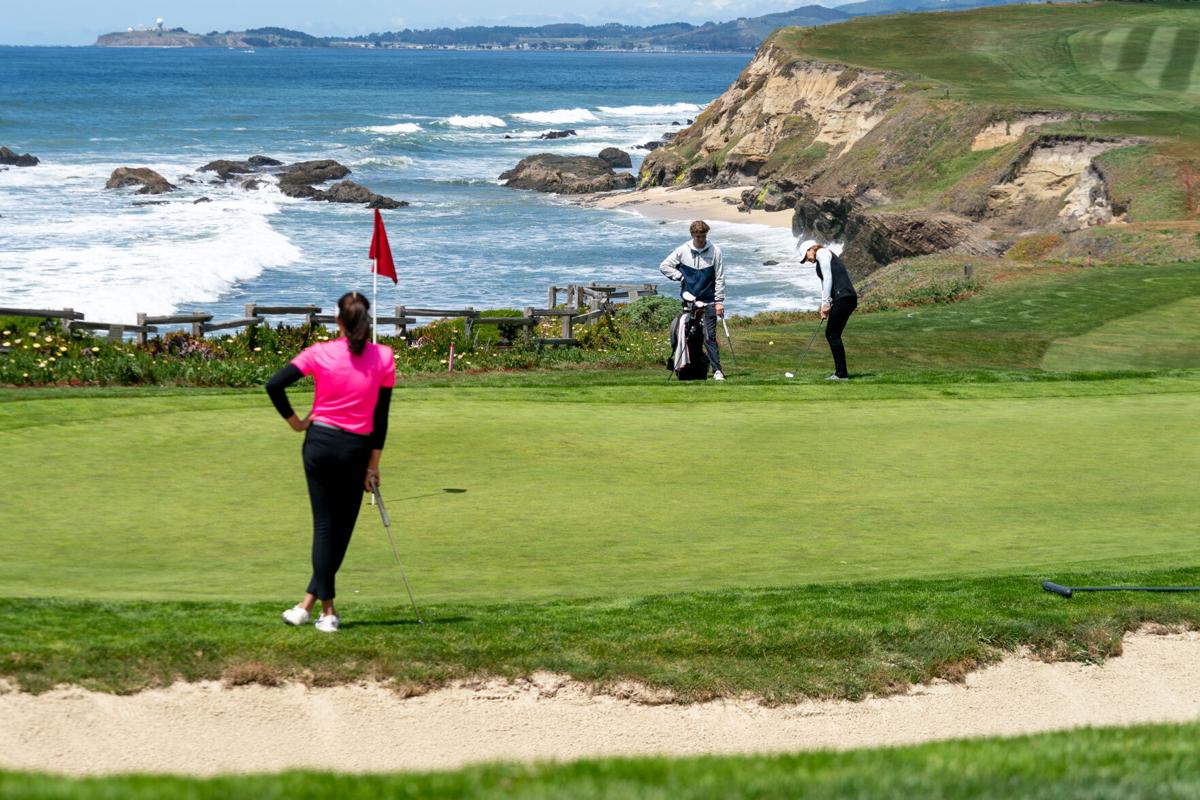 Juli Inkster, right, chips on to the green of the 18th hole alongside Kiara Romero, left, during the Half Moon Bay Golf Links LPGA Qualifier Tournament in Half Moon Bay on Monday, April 26, 2021. Adam Pardee / Review 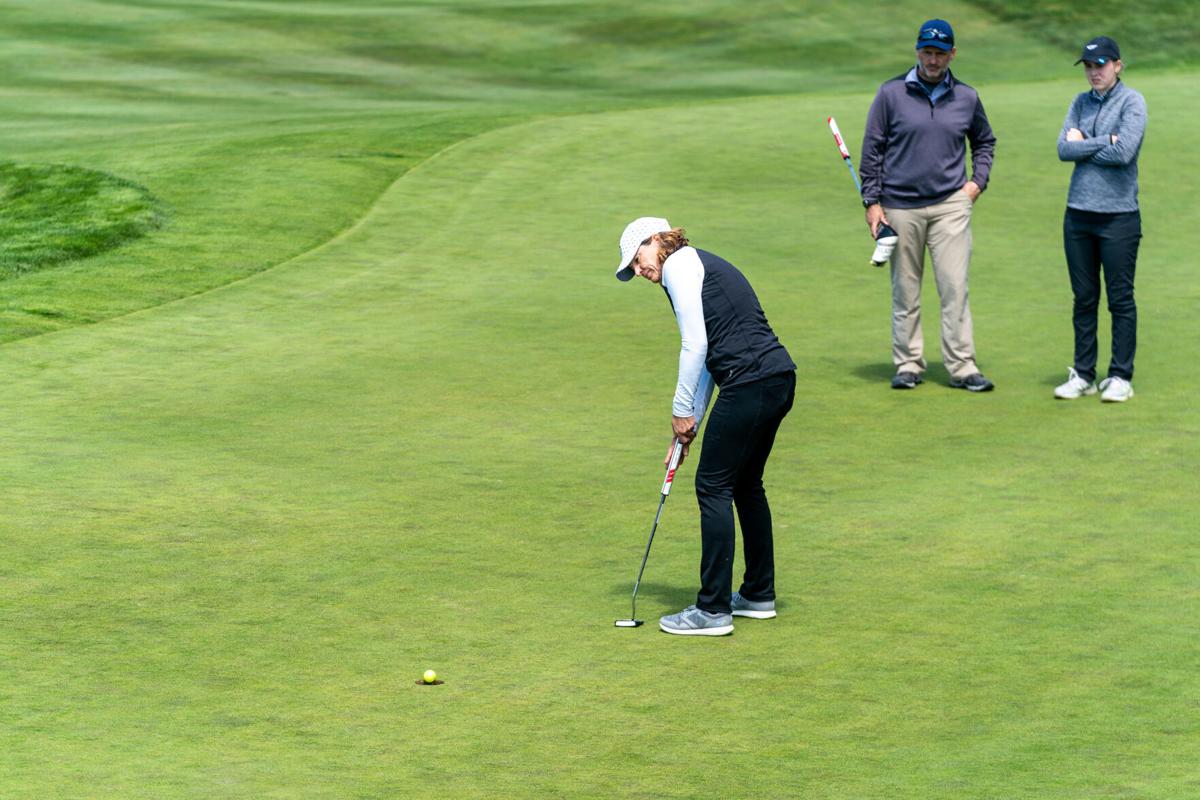 Juli Inkster, right, tees off from the 18th hole of the Half Moon Bay Golf Links LPGA Qualifier Tournament in Half Moon Bay on Monday, April 26, 2021. Adam Pardee / Review

Juli Inkster, right, chips from the fairway of the 18th hole of the Half Moon Bay Golf Links LPGA Qualifier Tournament in Half Moon Bay on Monday, April 26, 2021. Adam Pardee / Review

Half Moon Bay Golf Links hosted a U.S. Women’s Open qualifying round on Monday. The event marks the start of the journey to the 76th U.S. Women’s Open Championship, to be held June 3-6 at the Olympic Club in San Francisco, Calif.

Twenty-two qualifiers will be held prior to the first U.S. Women’s Open held at the Olympic Club. The top scorers for the Half Moon Bay event were Kathleen Scavo, with 143, Kelly Tan, with 144, and Lucy Li, with 145.

The Northern California Golf Association worked with Half Moon Bay to host the qualifier. The NCGA hosts up to 32 USGA qualifying sites annually. Sites are chosen because of location — in this case Half Moon Bay is near the Olympic Club, which will host the championship, and near the Marin Country Club, which will host the second qualifier. Walkability is also a factor because players are required to walk 36 holes in a day.

“Half Moon Bay Golf Links have been a tremendous partner to the NCGA and USGA in agreeing to host the event,” said Ryan Gregg, NCGA chief operating officer. “It is a lot to ask for a club to give up a day’s revenue and displace its membership to host a day of qualifying, but without the support of our clubs in Northern California it would be impossible to conduct such a large schedule of qualifying.

“Half Moon Bay was a great test for the players, and the weather always makes it interesting,” he said.

“I love the club being right there, so I just decided to give it a shot,” said Inkster of her decision to try and re-qualify. “I’m from the Bay Area ... I grew up playing (the Olympic Club) a lot, so that would be cool to play.”

“It was tough, the greens were really tough,” said Inkster. “I had a lot of putts. I just couldn’t get any momentum going, but it was good to be out here.”

“It was really inspiring to play with Juli, who is such an awesome player and has won the U.S. Open a couple times,” said Romero.

“Half Moon Bay is such a great venue,” said Jerry

Stewart, NCGA communications manager. “Along with featuring some of the most spectacular scenery on the Northern California coastline, it's a 36-hole facility.

The Ocean Course and the Old Course are perfect partners in providing a challenge for not only USGA qualifiers, but also NCGA championships and other events.”

Cougars baseball struggles to get on base

The Half Moon Bay High School varsity baseball team fell, 6-2, to El Camino on the road on T…