Skip to main content
You are the owner of this article.
Edit Article Add New Article
You have permission to edit this article.
Edit
Welcome, Guest
Home
News
Coronavirus
Sports
Community
Opinion
Obituaries
Classifieds
Calendar
Services
About
SUBSCRIBE
1 of 4 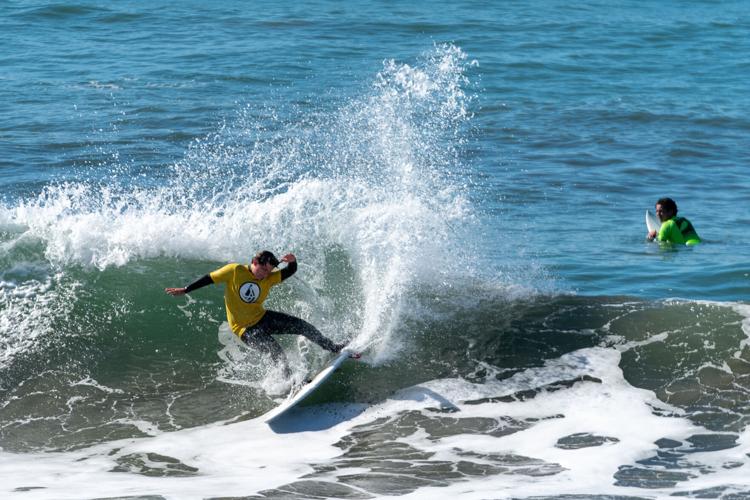 Surfers competed in heats throughout the day and everyone seemed to revel in being on the water and together again. Adam Pardee / Review 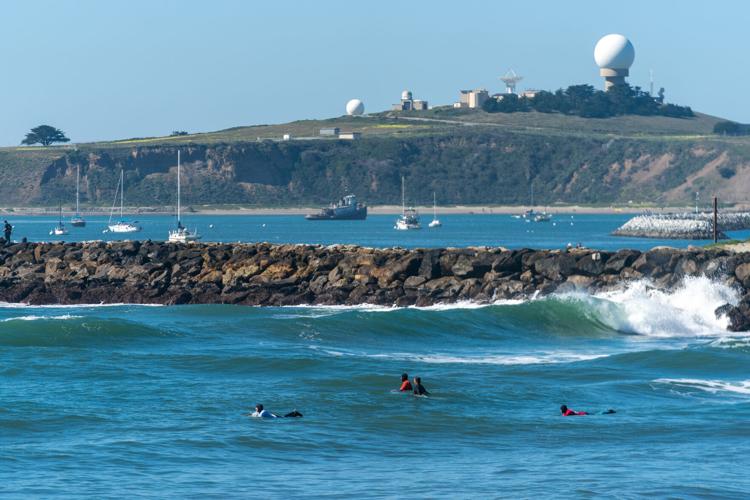 A group of surfers in one of the many divisions paddle out at the start of their heat in the Jetty Classic on Sunday. Adam Pardee / Reivew 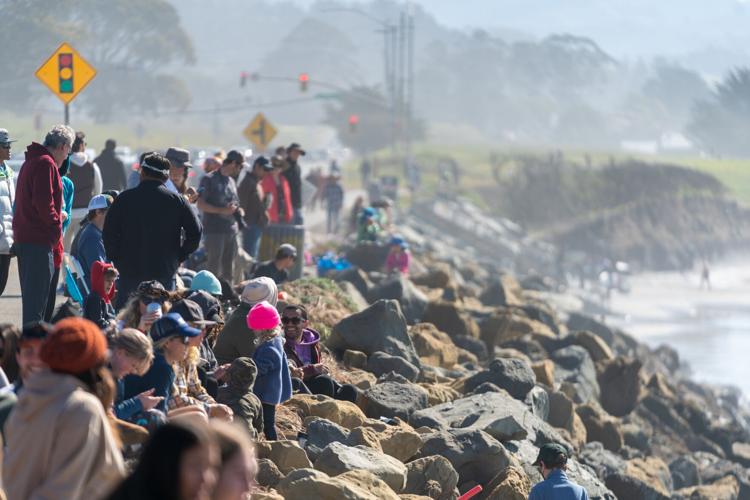 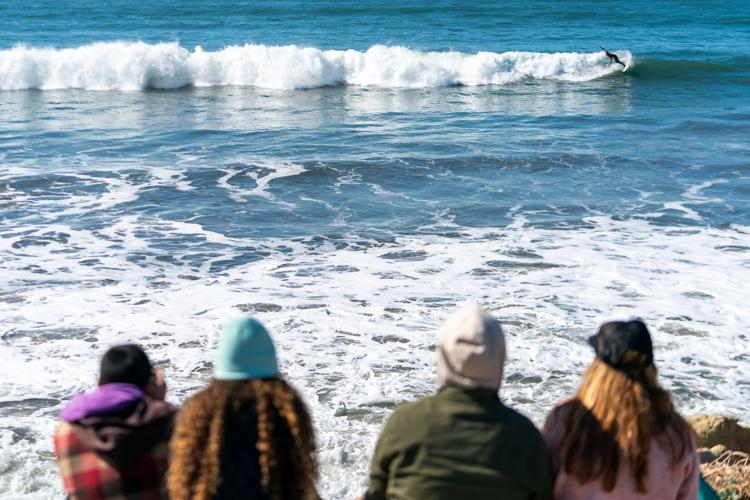 A group of spectators watch as a surfer in the Jetty Classic cuts back on a wave at Surfers Beach on Sunday.. Adam Pardee / Review

The sun broke through early on Sunday morning welcoming dozens of surfers who flocked to the seventh annual Half Moon Bay Jetty Classic at Surfer’s Beach. Despite warnings of dangerous surf conditions over the weekend, more than 100 entrants signed up to compete and were rewarded with 5- to 7-foot waves throughout much of the day.

First up were the groms, young surfers under the age of 15, followed by menehunes, ages 15-17, pro-am, women, masters, longboarders and wavestorm riders.

As the day wore on Kerri Gardner, coach of the girls surf team at Half Moon Bay High School, diligently made sure everyone got into the water for their heats. As the judges tallied the scores, Gardner charted who advanced to the semifinals and finals.

“We’re still working out some kinks along the way, but we’re having fun,” said Chris Loeswick, organizer of the event, about midday.

The majority of participants were Coastsiders, feeding a sense of community, as classmates, neighbors and old friends mingled throughout the day. Jason Stark, coach of the boys team at the high school, worried that his own students would school him in the competition, but he ended up taking first place in the longboard category.

Jake Davi, son of the legendary late big-wave surfer Pete Davi, came up from Monterey to join the Jetty Classic for the first time. Like a number of others, Davi entered multiple categories throughout the day, rushing to switch board types between heats. He ended up taking home third place in both the longboard and wavestorm categories.

The tournament concluded at 6 p.m., a long 10 hours after the first surfers hit the waves. After packing up, most of the crowd headed to Old Princeton Landing to hear the outcome. Loeswick thanked the audience for being part of a great day and encouraged them to “share the stoke.”

After accepting one of the trophies fashioned by Stark from agave wood for besting her young peers in the groms category, Chait returned to the stage for the announcement of the pro-am winners. Surrounded by more experienced surfers who towered over her, Chait gleamed as it was announced that she would also take home the day’s top prize. She said she felt “great, surprised and excited” to win.

Peter Tokofsky is a staff writer for the Half Moon Bay Review and Pacifica Tribune covering education, county and state issues affecting the Coastside.

Now that the Winter Olympics have come to a close, it’s time to consider the next generation…

We love rivalries: Ford vs. Ferrari, Ali vs. Frazier, Cal vs. Stanford. Friday’s showdown be…

In only their second contest since seven girls tested positive for COVID-19, the Half Moon B…

Smith Field, the popular recreation area at the end of Wavecrest Road, is in the early stage…