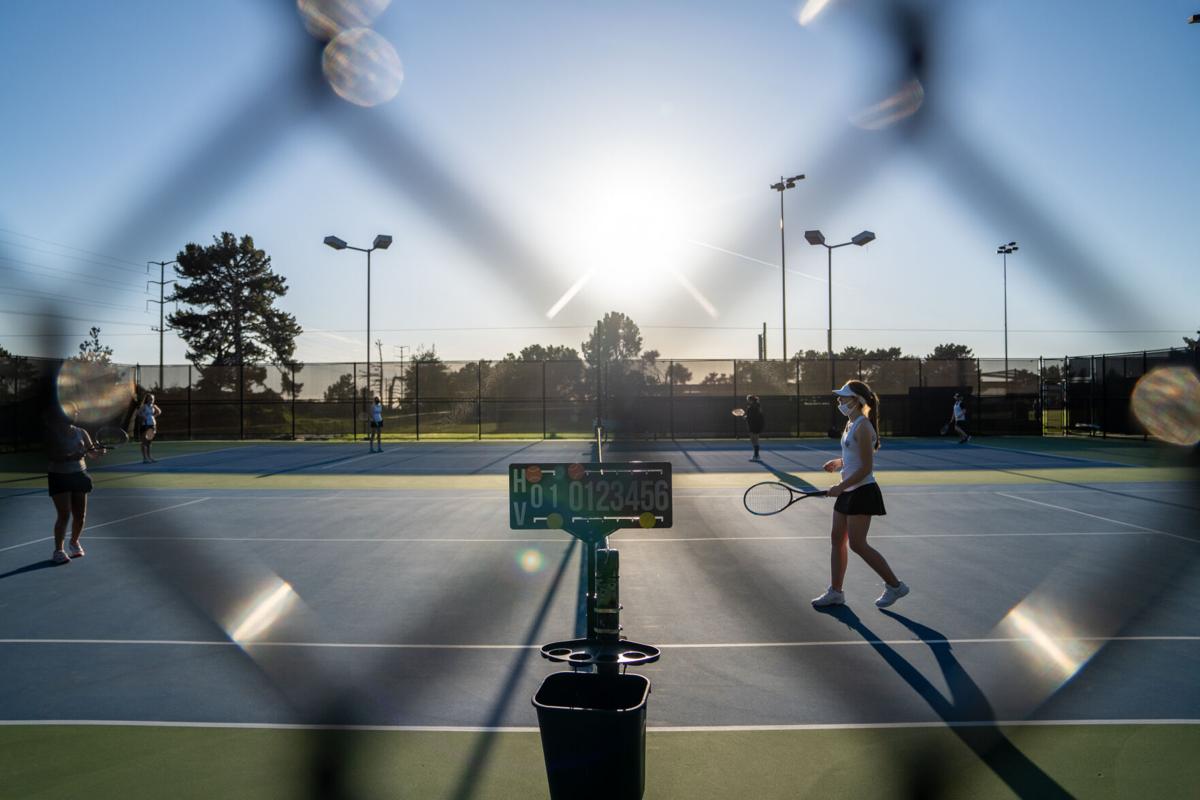 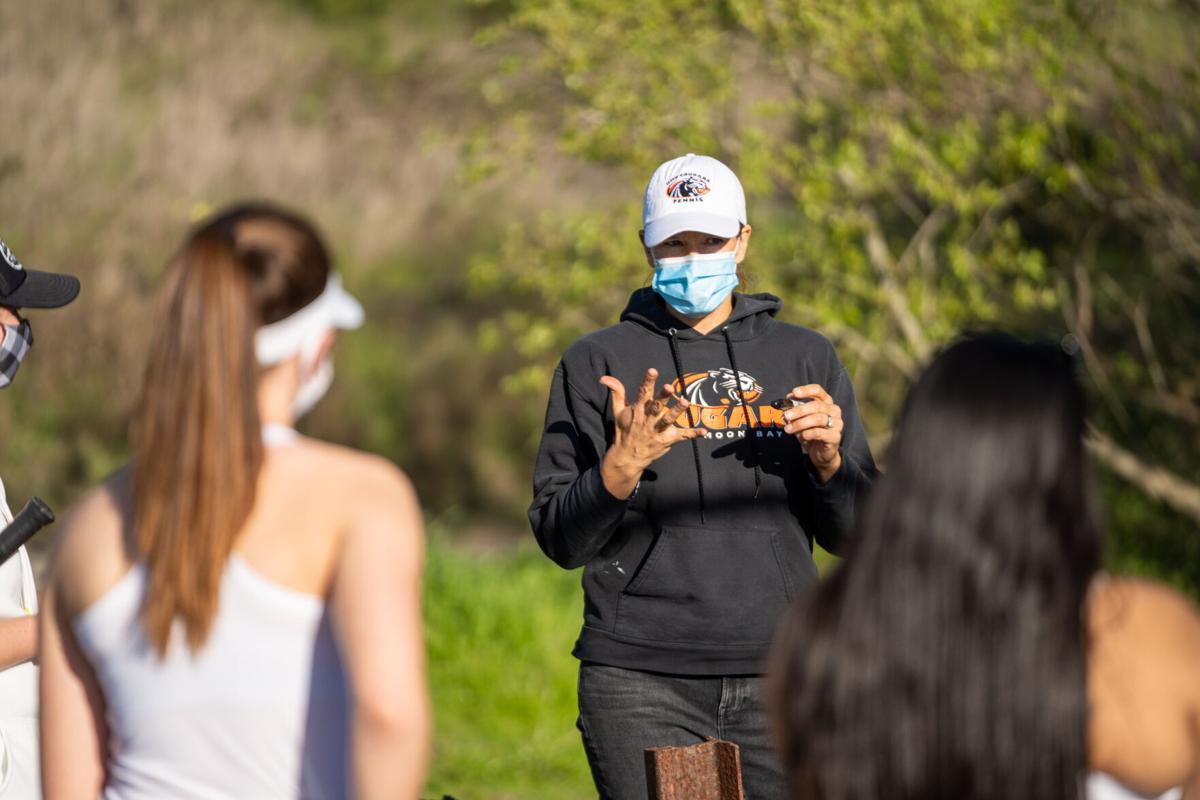 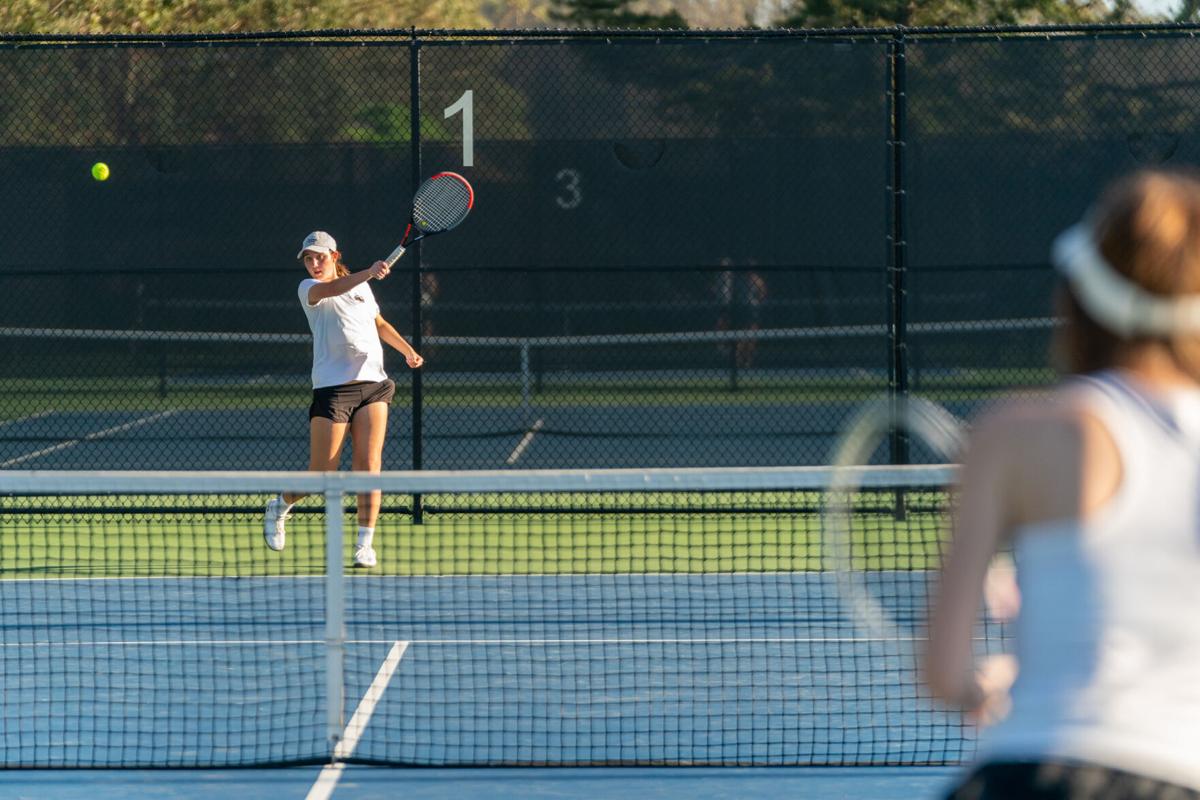 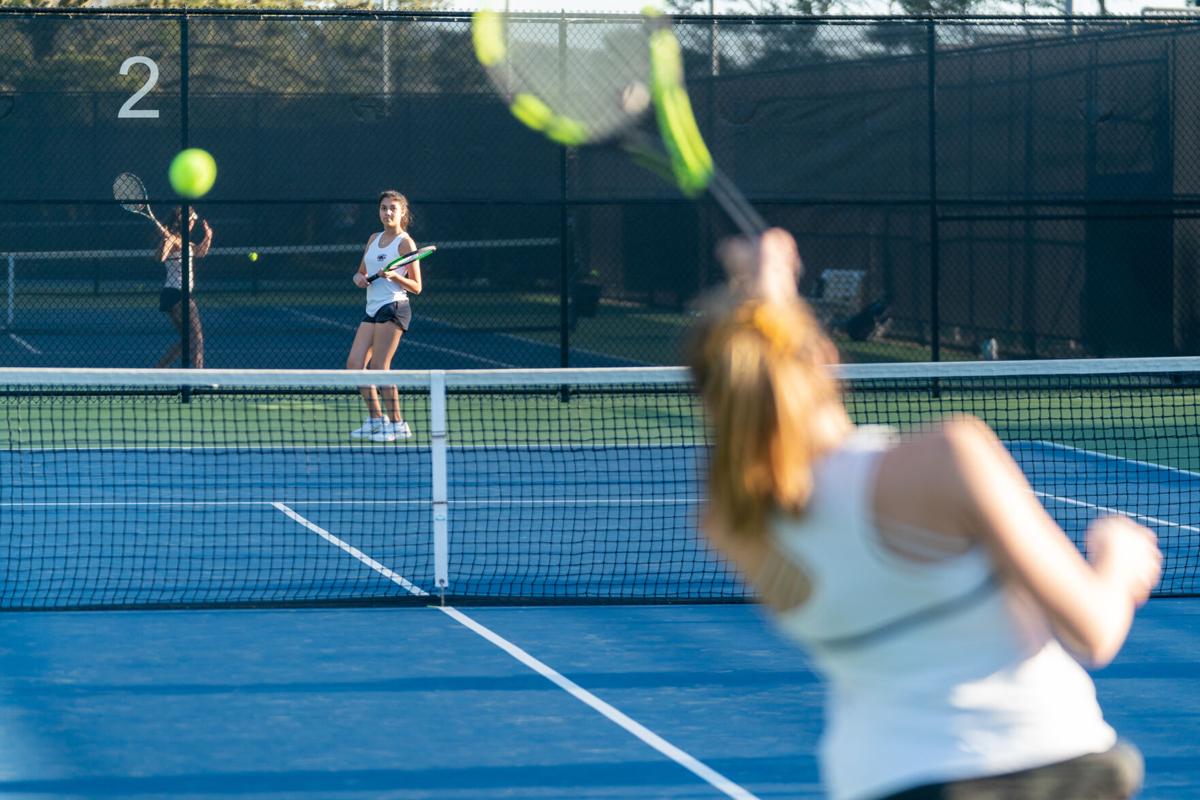 Emma Sprankle of the Half Moon Bay High School tennis team prepares to return the ball during her match versus Woodside High School on Thursday, Feb. 25, 2021. Adam Pardee / Review

Before last week, the last time the Half Moon Bay High School girls varsity tennis team played an official game was November 2019. That changed on Feb. 23 when the Cougars played Carlmont High School at home.

After losing 7-0 to the Scots, the Cougars were eager to rebound, and on Thursday they played at home again, this time against Woodside High School. Though they lost to the Wildcats, 5-2, the team was glad to be playing games on their home court after so long.

“I think they’re happy to be in each other’s presence,” head coach Harriet Ragozin said. “Some have played and others haven’t since we ended in 2019. So, it’s been fun for them to get their feel back, relearn their strokes and run around.”

After all this time apart, the players said they were happy to spend time with teammates again, noting they hadn’t been able to socialize much with the team with school being entirely online.

“I’m really excited to be back,” said Miller, one of the team’s four juniors. “I feel like, especially with the social aspect and getting to see everyone, even though it’s socially distanced, it’s been really nice. I play tennis year-round, but it’s always fun to be a part of the team setting.”

In the longest matchup of the day, Cougars No. 2 singles player Emma Sprankle lost, 7-5, 6-3. She and Snowy Sabel had multiple hard-fought rallies that got the attention of those in attendance.

“She was really consistent, and I can be pretty confident at times,” Sprankle said. “We were just returning each other’s shots really well.”

Though some members were able to practice during the extended offseason, it took some time to adjust to the flow of the game against new opponents.

“I was practicing most of the summer with one other person,” Sprankle said. “It’s been nice to hit with a bunch of different people.”

Like all of the state’s high school sports, the Peninsula Athletic League’s Bay Division, which includes Carlmont, Menlo-Atherton, Sequoia, Woodside and Half Moon Bay, has a shorter schedule this year. The Cougars are slated for eight matches, a large cut from the 17 they played last season. The girls have 12 student-athletes on the roster comprising four singles slots and five teams of doubles. The team noted that four people opted not to play this season, either because of commitments to other sports or concerns about the pandemic.

“I do miss the people who aren’t doing it because of COVID, but I totally understand,” Miller said.