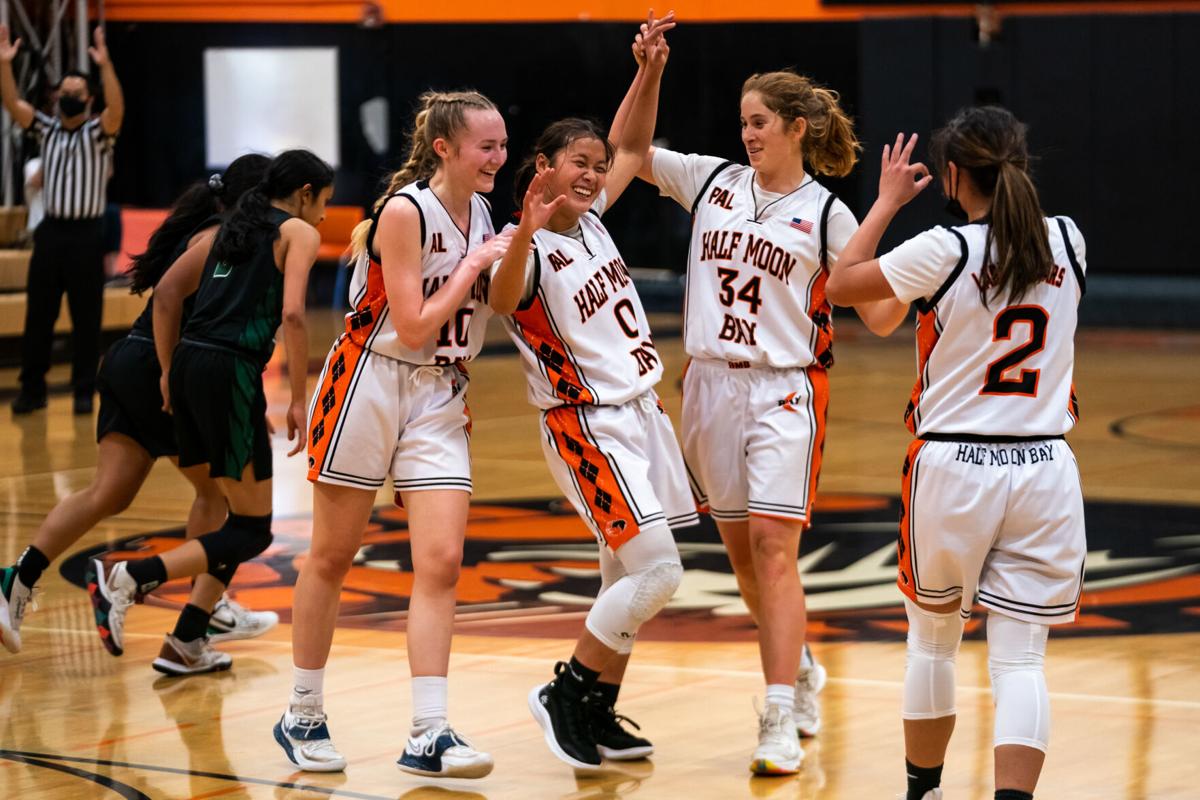 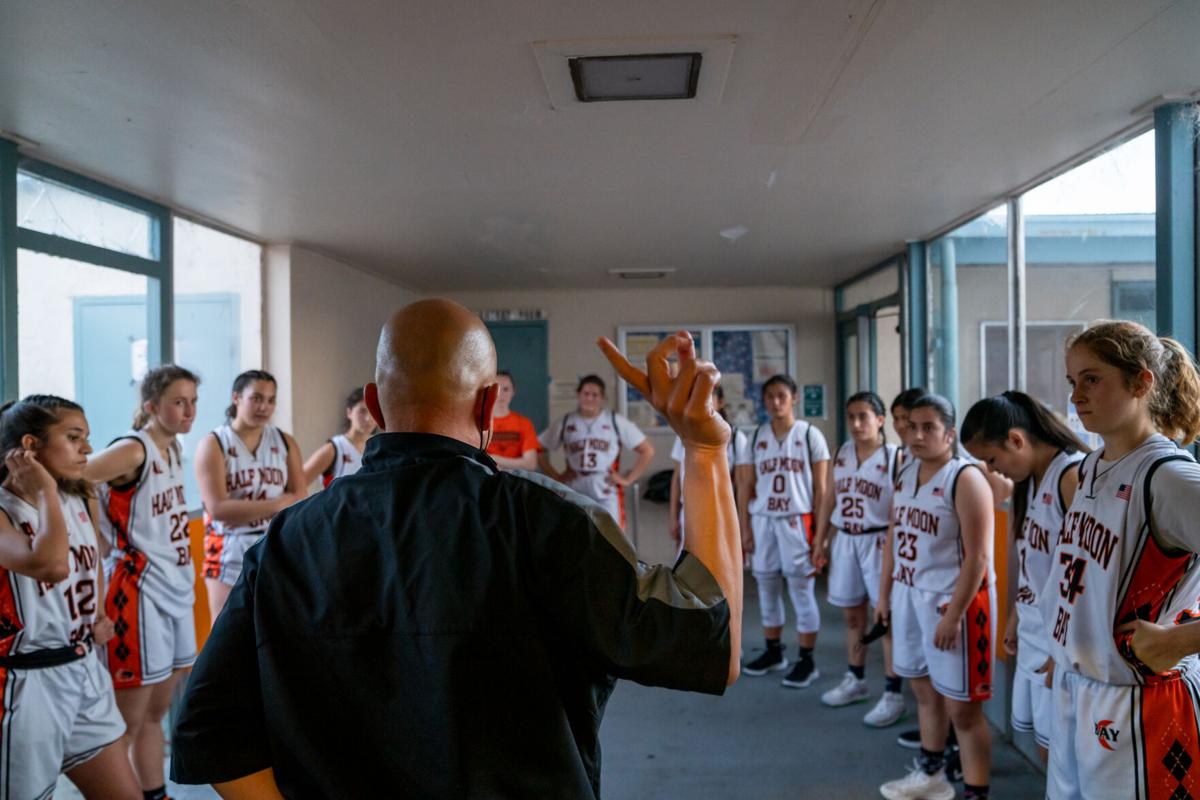 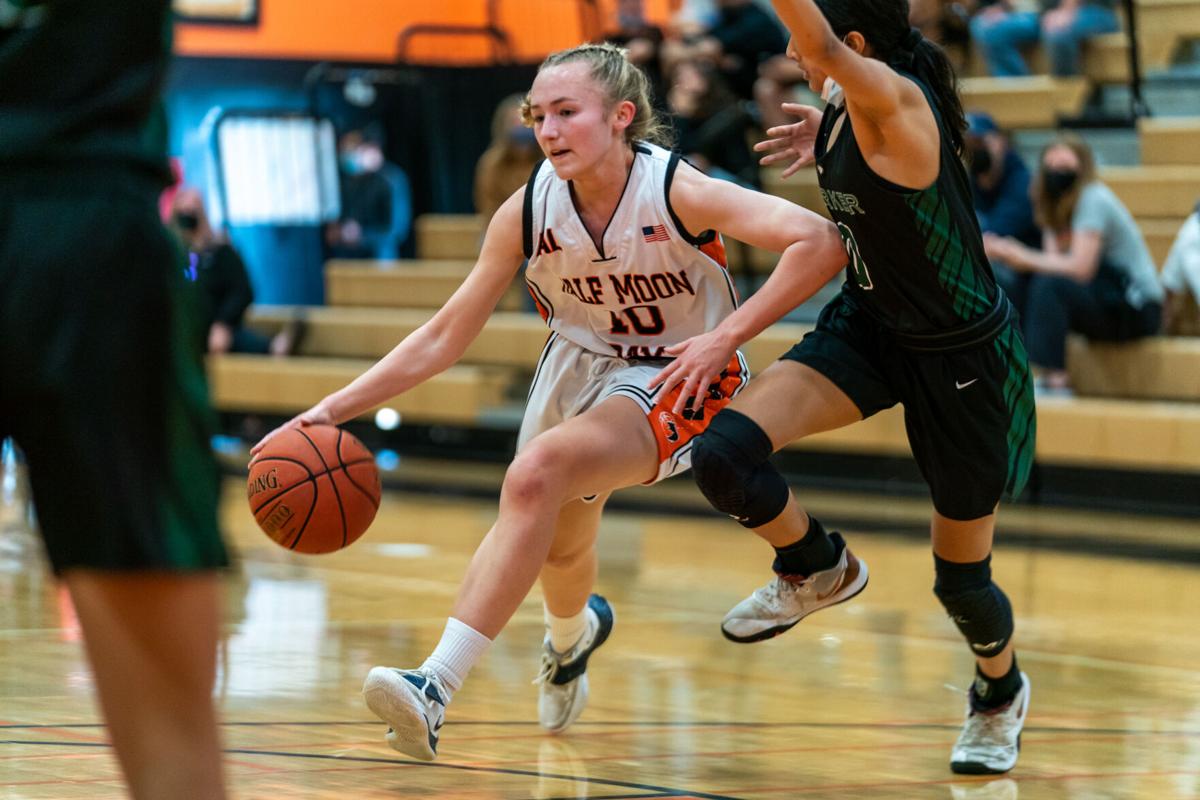 Amid roaring cheers, the Half Moon Bay High School girls basketball team walked off its home court on Saturday night as champions for the second year in a row.

“I’m kind of in shock considering I didn’t even think we were going to have a season,” said Cougar Genevieve Belmonte. “So, being able to win a championship and going back-to-back, I can’t even wrap my head around it.”

Half Moon Bay got off to a lead and found its rhythm offensively in the second quarter. The Cougars finished the half on a 6-0 scoring run and secured a healthy 34-22 lead going into the second half of the game.

Despite the 12-point lead, the Cougars were threatened the minute Notre Dame walked back onto the court in the third quarter. The Tigers came out of the break with a new energy, securing an 8-0 scoring run in the first minutes of the half and coming within four points of the Cougars.

“We just needed a good shot to get us back into it,” Abby Co said.

Half Moon Bay was able to slow down the game and responded with five points on the next two possessions. A shot from beyond the arc from Alli Dioli and a layup from Ally Co halted Notre Dame’s momentum and extended the lead to 42-32. From that point on, the Tigers never came within 10 points of the Cougars.

“They just collapsed on defense because they wanted another stop so they can score again and get even closer to us,” said Dioli. “I think that just threw off the rhythm and they put their heads down a bit.”

Dioli found the net from the 3-point line again in the final seconds of a competitive third quarter.

“We were able to weather the storm,” said head coach Antonio Veloso. “They were able to battle through it on their own; it wasn’t me. It was them getting to the basket to stop the run.”

The Cougars were up 53-39 as they headed into the final quarter of the game.

Half Moon Bay made easy work of the final minutes of the game, maintaining a strong lead until the final buzzer. After a challenging season the girls celebrated their victory by cutting down the net.

“It's a nice reward for these kids,” Veloso said. “This time last year we weren’t even able to be together.”