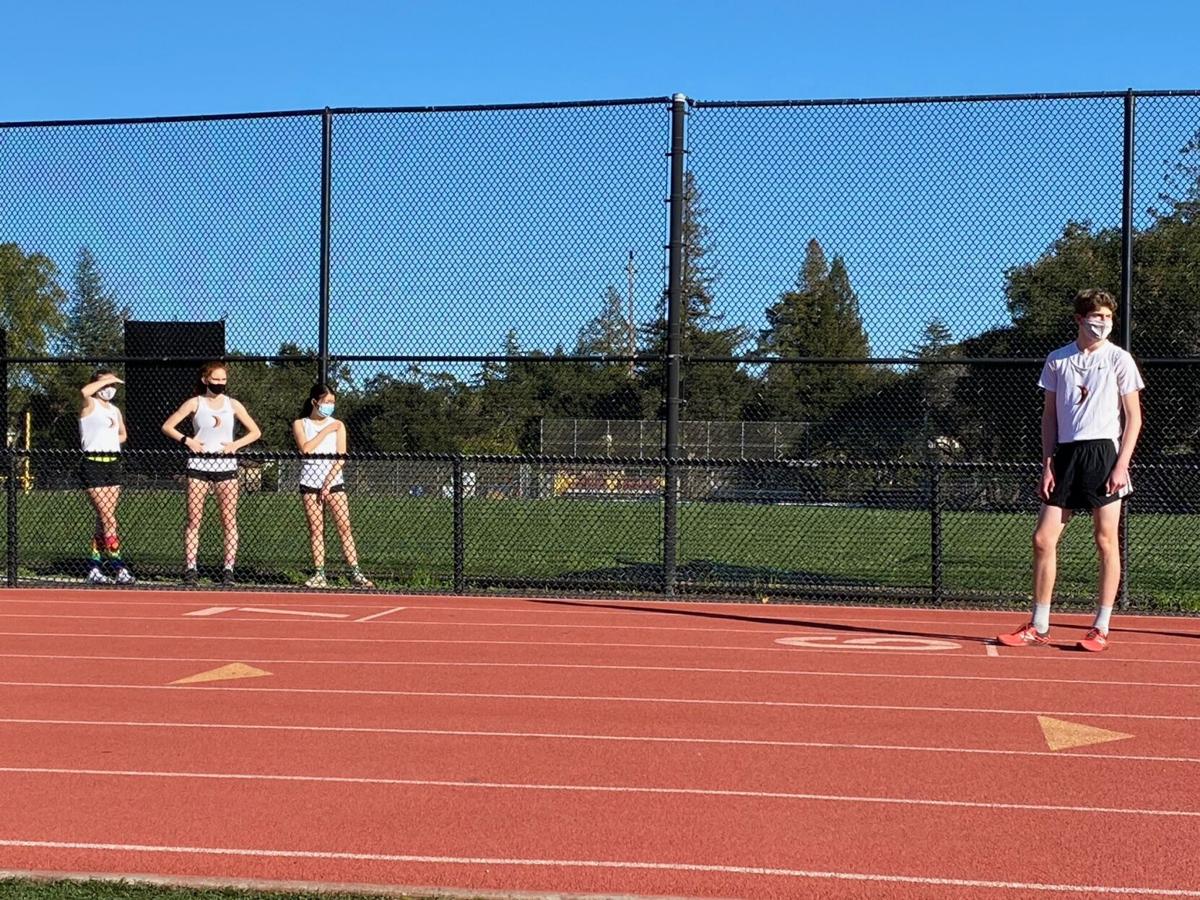 Half Moon Bay’s contingent gets prepared for the start of the first cross-country race of the season at Menlo-Atherton High School on Feb. 10. Clay Lambert / Review 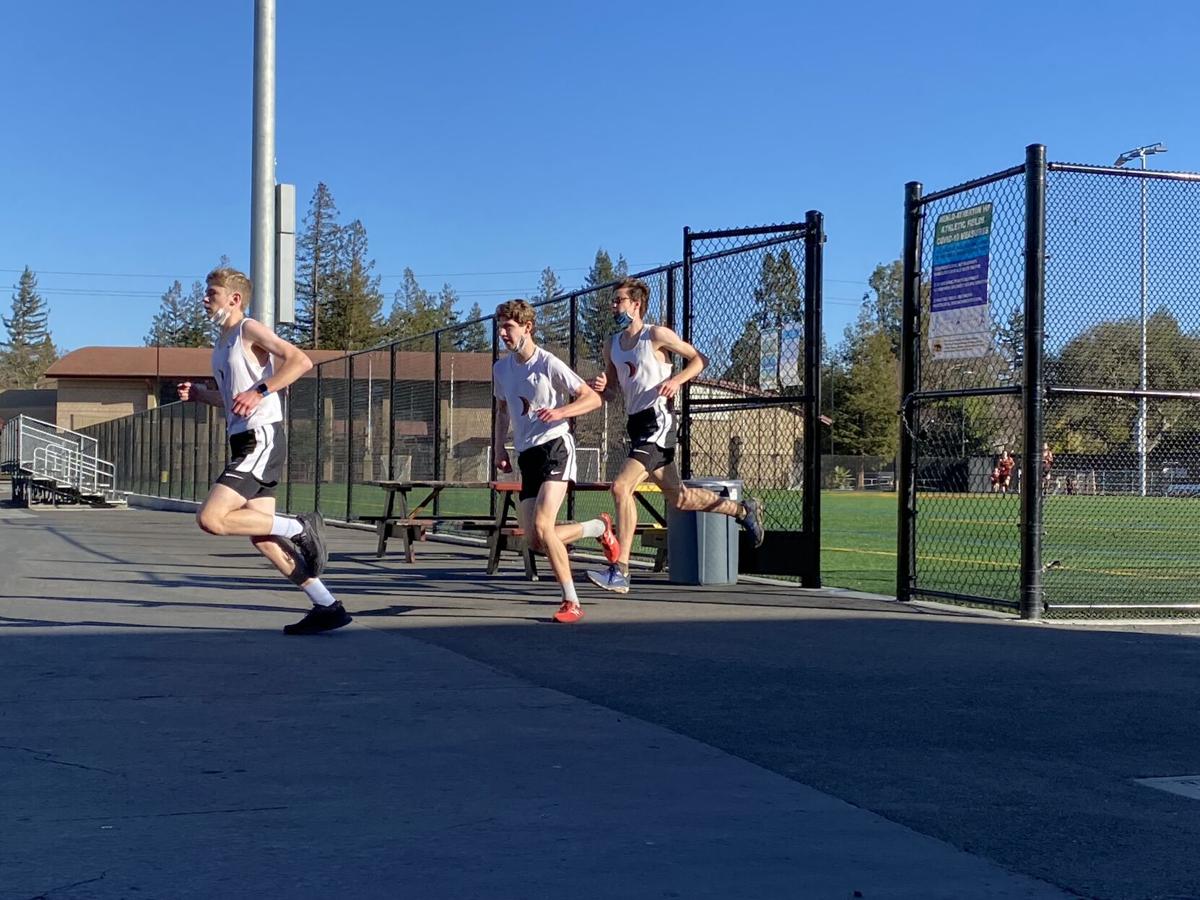 It had been 437 days since a Peninsula Athletic League cross-country team raced in San Mateo County. That all changed on Feb. 10 when Half Moon Bay and Menlo-Atherton high schools’ varsity cross-country teams lined up on M-A’s campus for the county’s first high school sports competition since March 2020.

The last California Interscholastic Federation-sanctioned cross-country race was Nov. 30, 2019. The regular 2020 season, usually slated for September, was postponed seven months due to the coronavirus pandemic. The Bears and Cougars became the first high school athletic teams to compete in San Mateo County since athletics were shut down on March 13 last year.

As per safety protocols, all student-athletes were required to have their masks while warming up until the race began. They could choose whether to wear the mask during the race. Most opted to take them off. Parents transporting students can watch the races from a distance because team buses and carpooling are not allowed currently.

The Feb. 10 race was the first run at M-A’s Atherton campus in 30 years. Menlo-Atherton runners won both varsity races. Each race featured staggered starts with the top three runners from each team in the first wave, then the next group of the top two from each school starting 17 seconds later. The flat 2.13-mile course consisted of students running twice around three-quarters of the track, then through the football stadium, baseball and softball field and through campus.

This race was symbolic of changes marking this season. There is no Central Coast Section Championship scheduled and teams are much smaller than in years past. The Cougars and Bears have seen their numbers dwindle because of concerns over the pandemic and the uncertain timeline about when sports would come back. Coaches said there were 33 racers in total last week. Cougars’ head coach Paul Farnsworth said the team now has only eight runners, and just seven raced last week.

Bears senior Lars Osterberg crossed the line first in 11 minutes, 27 seconds. Kenny Jones was the top finisher for the Cougars. He came in fifth in 12:27. In the girls race, M-A’s Claire Beebe finished first in 12:46. The senior was followed by six of her teammates. Half Moon Bay freshman Deia Kerseg, in her first high school race, was seventh overall in 13:58.

It’s a change of pace for freshmen on the team, Farnsworth noted, who typically wouldn’t race against more experienced varsity athletes for their first high school competition.

Farnsworth said other would-be runners either opted out to focus on other sports or have their own reasons for not participating.

M-A typically has around 70 runners on the cross-country team, but this year that’s dropped to 30, according to head coach Eric Wilmurt.

“I wasn’t putting an awful lot of stock into (the results) other than seeing the kids get out there and racing, breathing hard, wearing a uniform and representing Half Moon Bay,” Farnsworth said.

“They did a really good job of that, and I’m proud of them.”