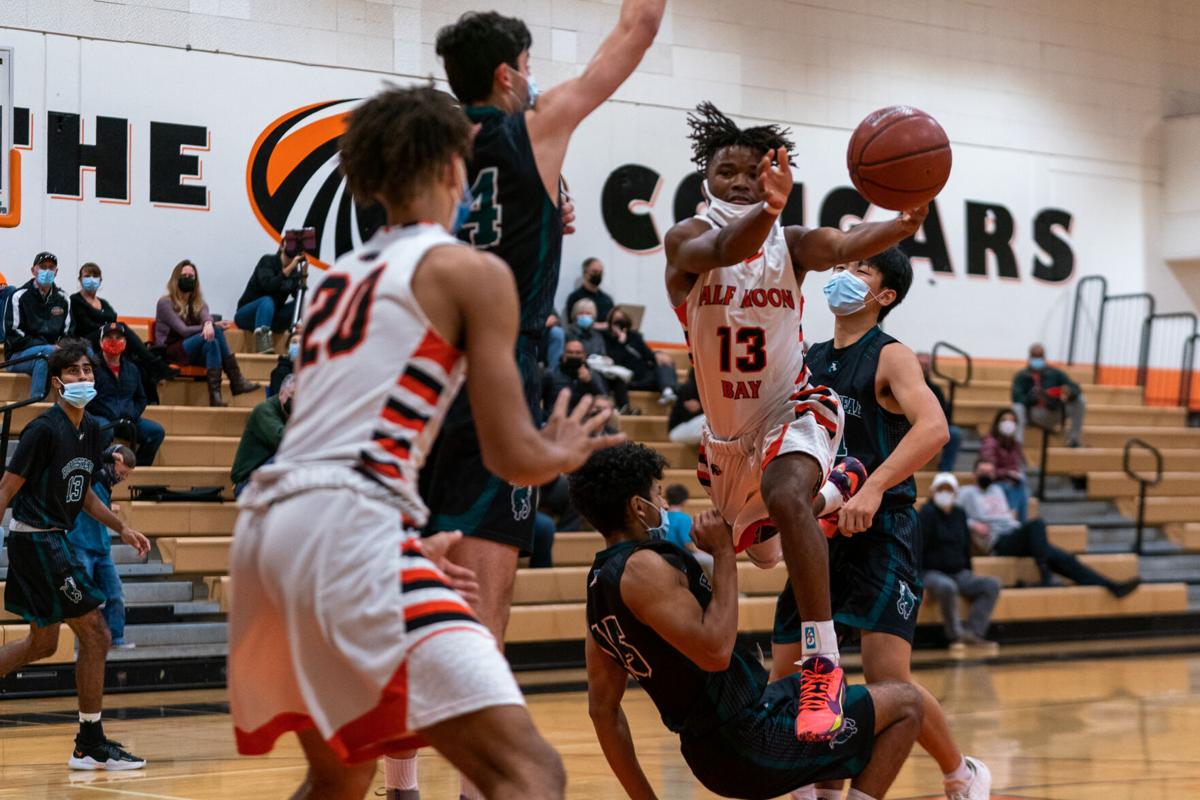 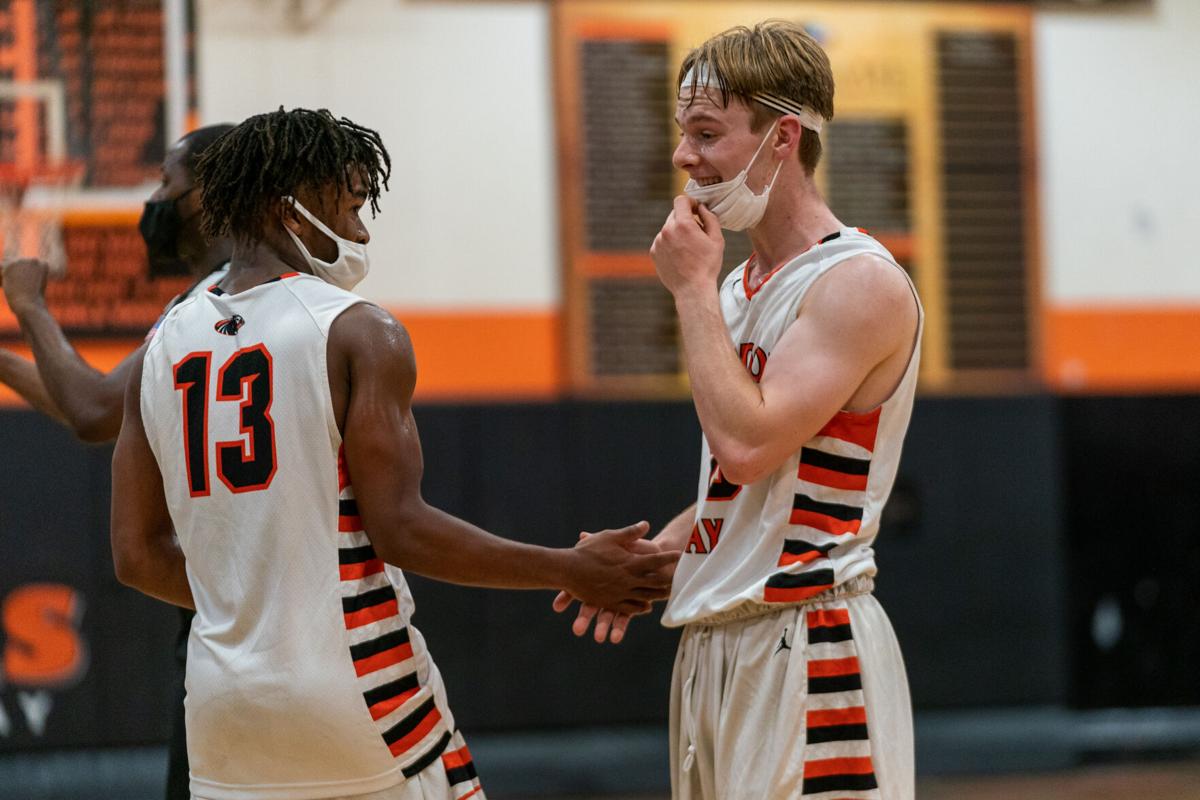 Cougars shake hands as they come off the court on Thursday. Adam Pardee / Review

“It’s exciting,” said John Parsons, Cougars head coach. “It’s just so cool to see our fans and the crowd here and to have a high school atmosphere again. That was a really rough 18 months for a lot of kids, and to get back to some normalcy and have people in the stands to watch us perform was really special.”

The Cougars got off to a quick offensive start and finished the first quarter up by seven points, 17-10. They outscored the Mustangs in the second quarter, 23-11, and went into the second half up 40-21.

The strong offensive performance in the first half was led by Drew Dorwin with 13 points and Owen Wooliver with eight points. Jaeden Hutchins put up six points including a dunk that received resounding cheers from the student section.

“Drew (Dorwin) played really well for us,” said Parsons. “He’s a fantastic scorer for us, but he was really picking and choosing when to attack and when to get the other guys involved. Dio (Lucido) was really good at breaking up their pressure and he was able to set guys up for some easy shots.”

Dorwin set the tone for the second half with a fast break and lay-up on the first possession of the second half. The Cougars played strong defense in the third quarter, holding the Mustangs to just six points.

“We played very hard on defense,” said Parsons. “I thought, for the most part, our defense was what was able to ignite our offense. We also did a good job of attacking their pressure and attacking the basket to give ourselves some easy shots, but defense was the key tonight.”

Homestead snuck back in the final quarter, outscoring Half Moon Bay, 16-13, but the Cougars held on and secured a 62-40 victory. Dorwin finished with 19 points, Hutchins scored 11 points, Wooliver contributed 10, and Ryan Harrington scored eight points.

“We had a ton of seniors that left the program and they did a good job of setting the foundation for how we want to play. But all credit to

the guys that stepped up tonight,” said Parsons. “We challenged them. We have a high bar of expectations here with our program, and we expect to be really good again this year despite our seniors leaving, so it’s a testament to our guys and their hard work. I was very happy to see them come back and perform.”

Registration is now open for the fall AYSO soccer season. There are teams for local kids fro…

With the school year wrapped up for Coastside youth, the annual summer basketball programs f…

Sequoyah Klingele was passionate about hockey. Now, a memorial bench and exhibit from his te…