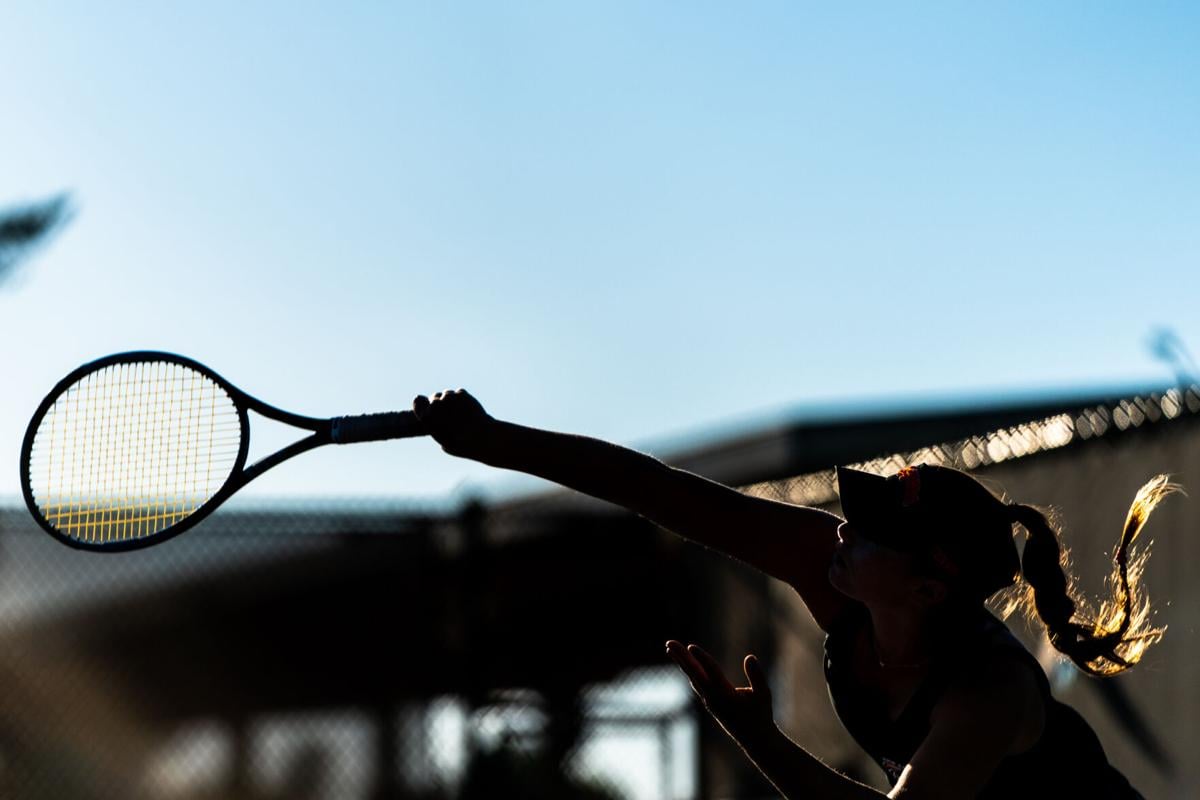 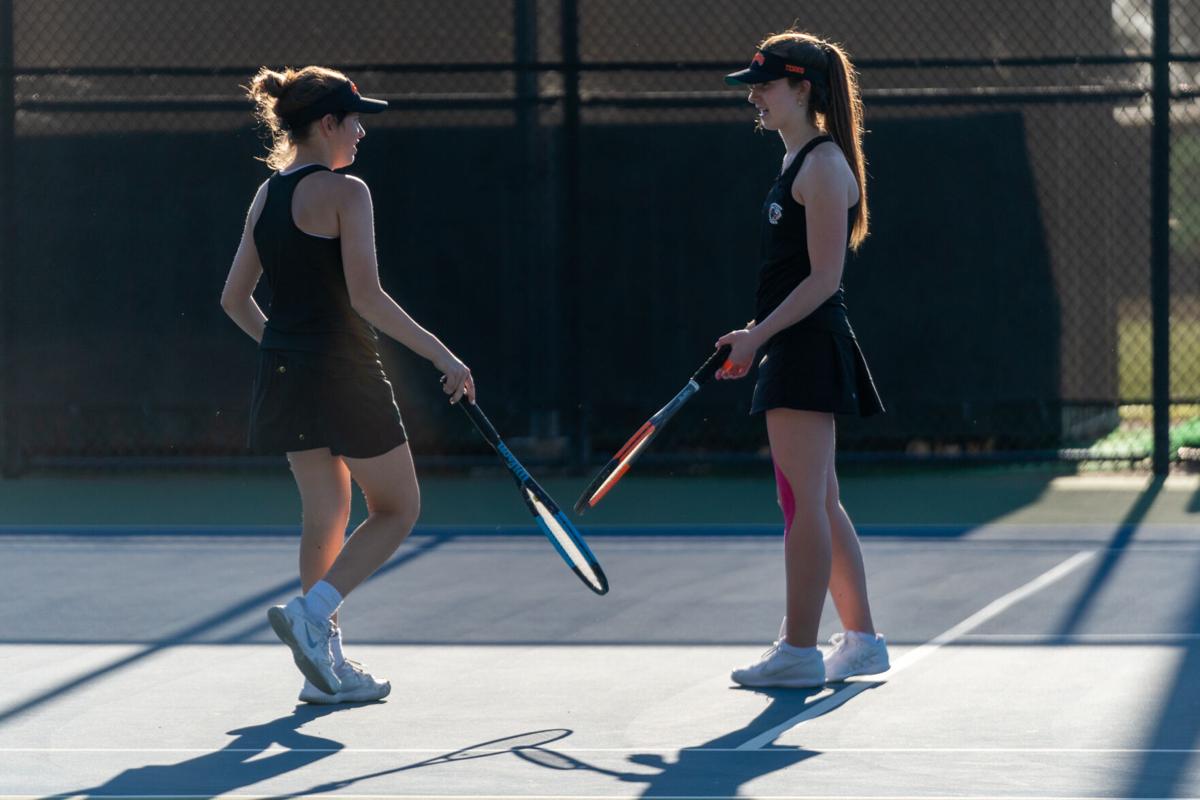 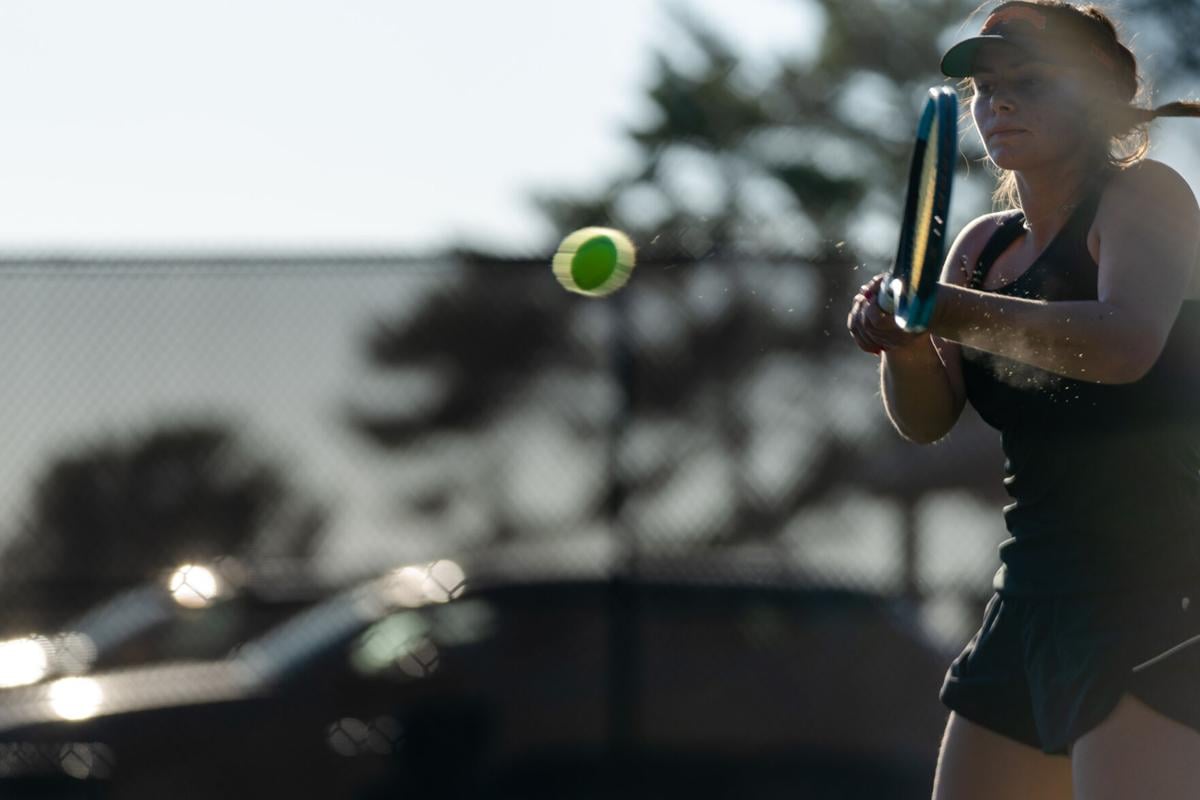 “It’s been a good season,” said Half Moon Bay head coach Harriet Ragozin. “Our matches have been really good. We play in the upper division, so our opponents are quite good, but I think it’s been a great season. We focus on the things they can control, and they can’t control the outcome of the match. We focus on how hard they work and whether they are getting better.”

“It was a tough match, but I think I played well,” she said. “She attacked my second serve, which is not always adequate against the really good opponents we face. I like being the top seed because my opponents are really good and it’s a fun challenge. The No. 1s for the other schools are very strong players, but I like being challenged.”

“I think we played a lot better in the end,” said Rock. “In the beginning, we had to figure them out.”

Coffman and Audrey put up a strong defensive performance against Burlingame's tough shots.

“We were really quick on our feet and we had a lot of long-lasting points,” said Coffman. “I think when we are focused we do really well. After making a mistake we let it go and move on to the next point.”

After their matches were rescheduled last fall to the spring due to COVID-19, the girls are happy to be back and playing in a regularly scheduled season.

“It’s been great this season,” said Ragozin. “Our team is really big and it’s nice we’re able to have everybody.”

Registration is now open for the fall AYSO soccer season. There are teams for local kids fro…

With the school year wrapped up for Coastside youth, the annual summer basketball programs f…

Sequoyah Klingele was passionate about hockey. Now, a memorial bench and exhibit from his te…