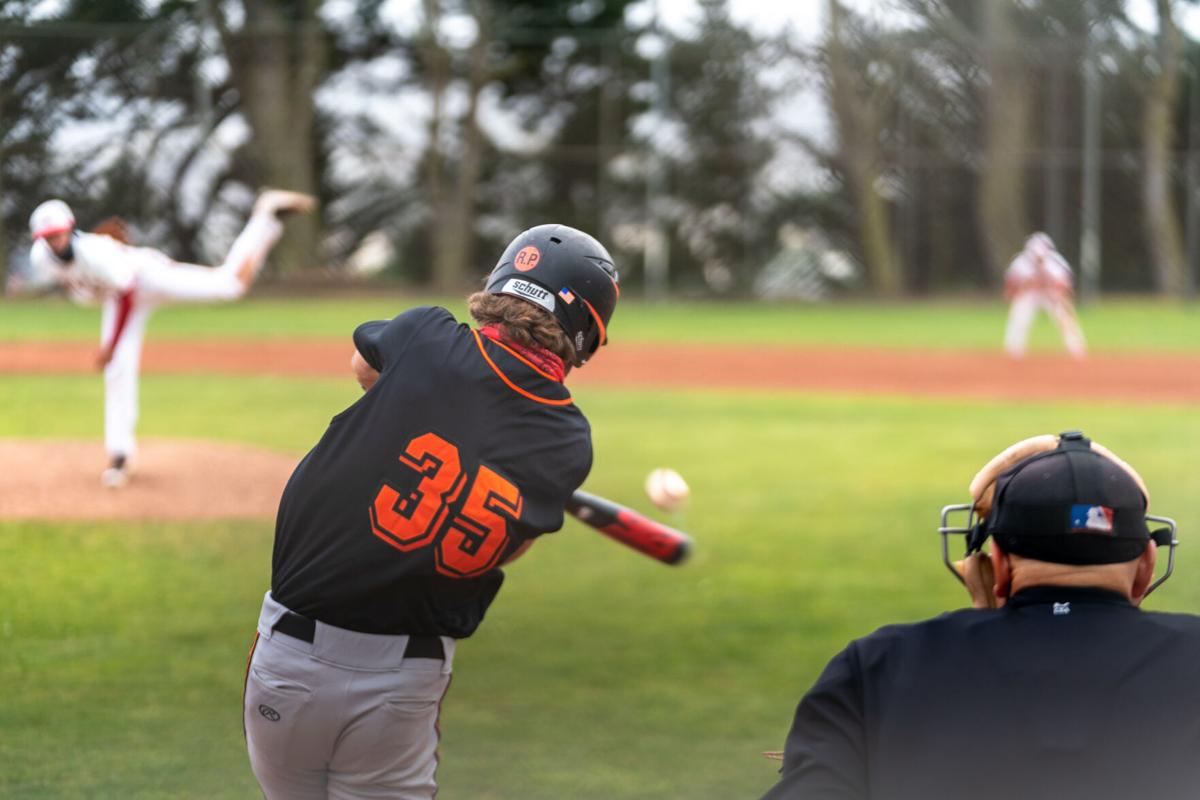 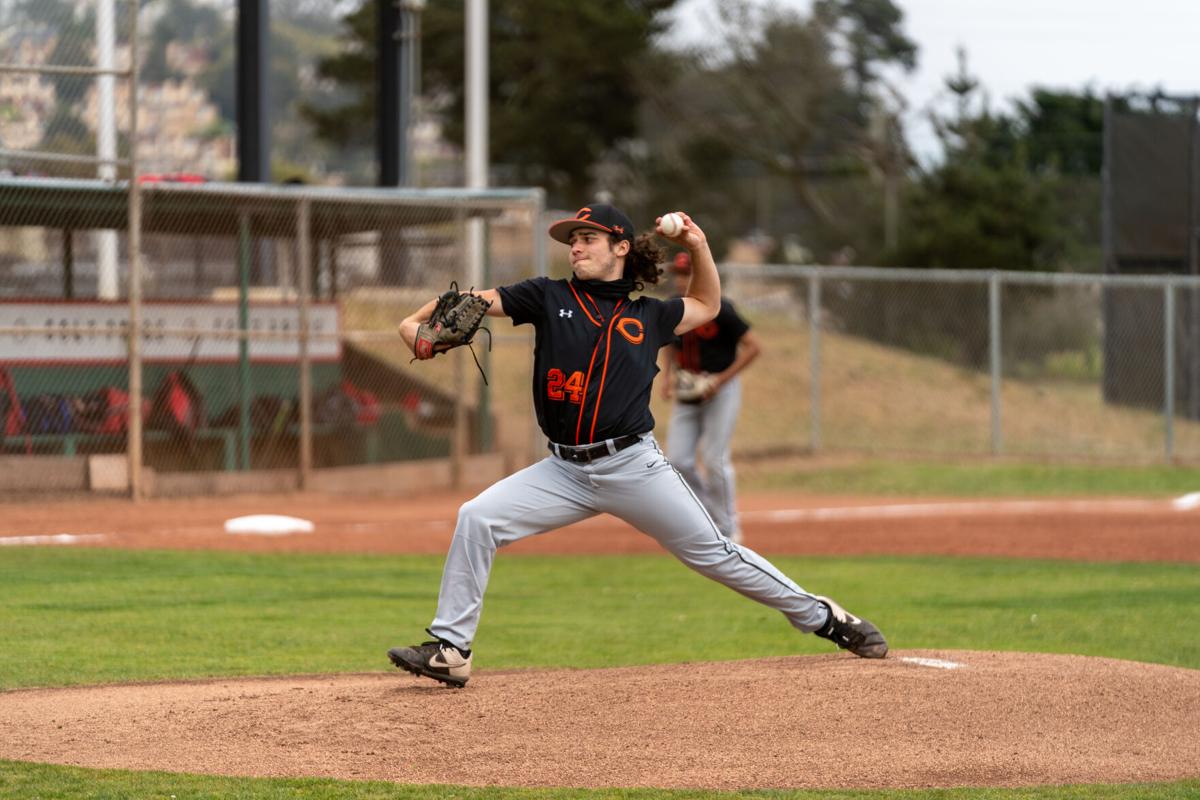 Pitcher Josh Dybalski throws the first pitch of the game versus El Camino High School where Half Moon Bay lost 6-2 on Thursday, May 6, 2021. Adam Pardee / Review 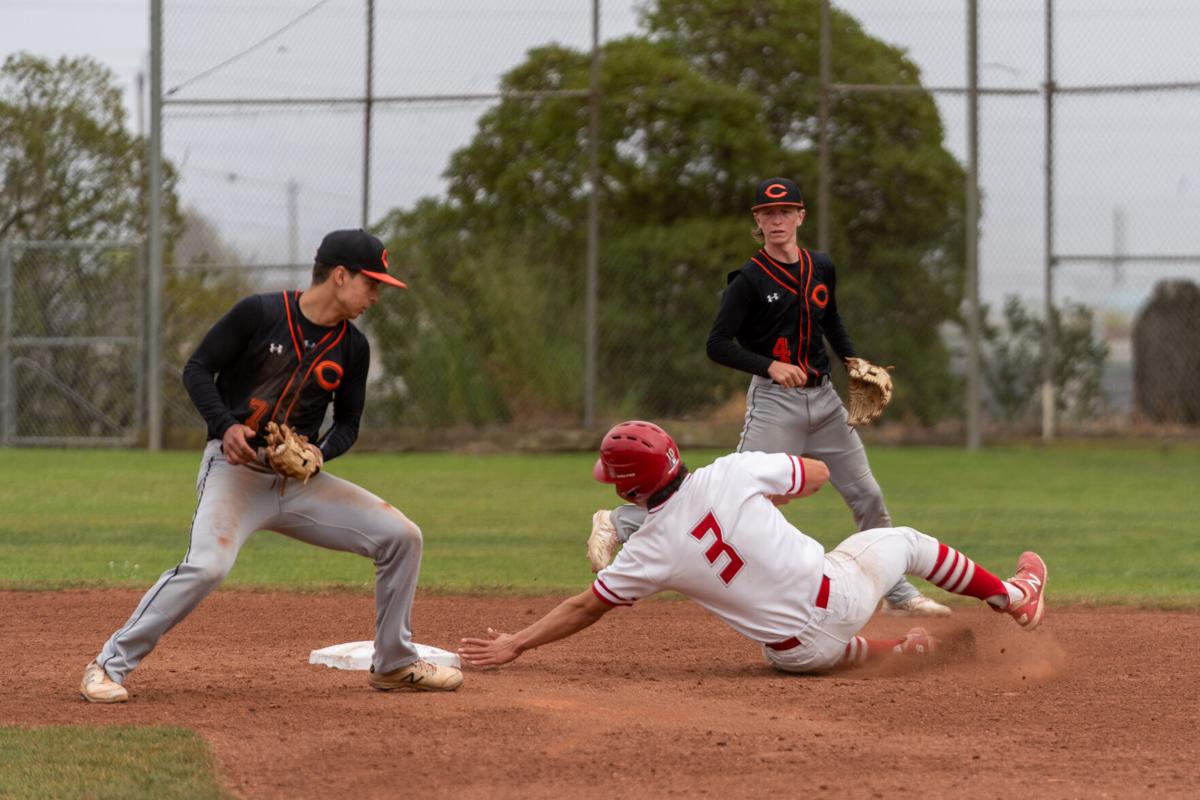 Second Base Tanner Bye pivots around to tag El Camino's Noel Valdez after he slides past second base at El Camino High School on Thursday, May 6, 2021. Adam Pardee / Review 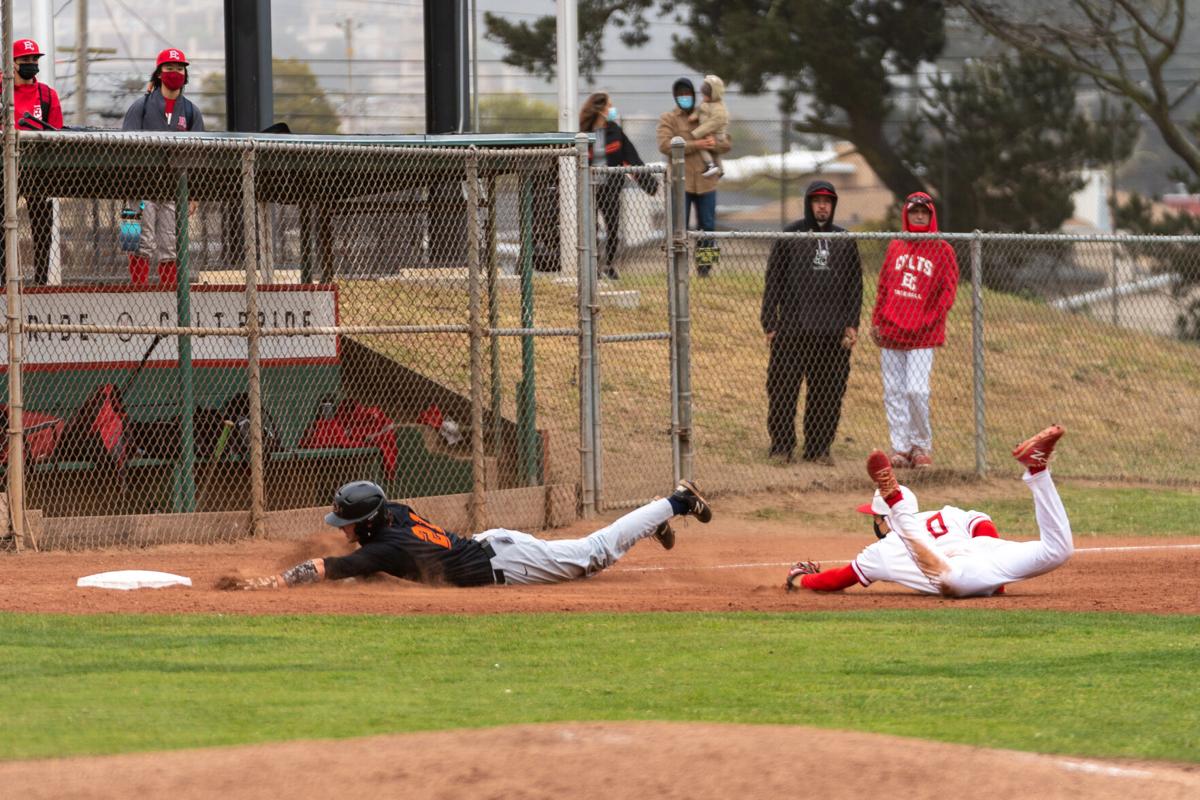 First base Coleman Colucci attempts to slide to third base after being tagged out on the approach by El Camino's Johnny Gonzalez at El Camino High School on Thursday, May 6, 2021. Adam Pardee / Review 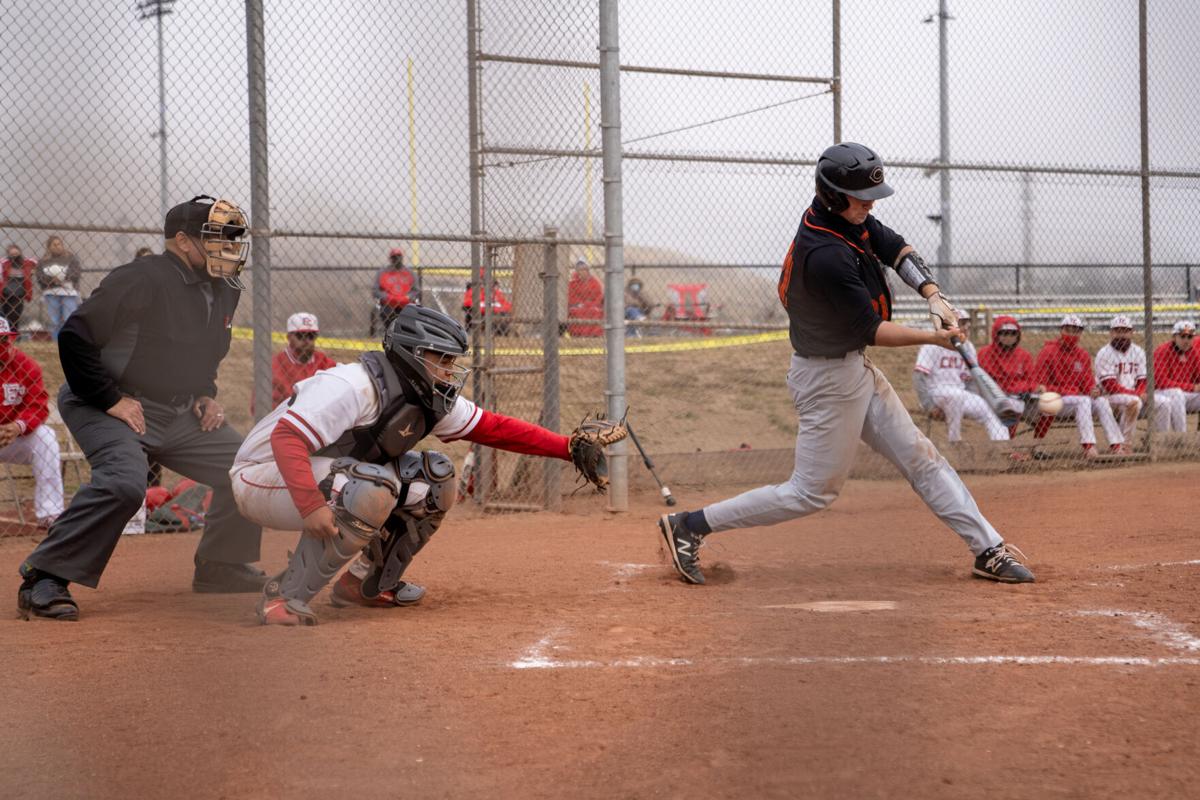 Second Base Tanner Bye pivots around to tag El Camino's Noel Valdez after he slides past second base at El Camino High School on Thursday, May 6, 2021. Adam Pardee / Review

The Half Moon Bay High School varsity baseball team fell, 6-2, to El Camino on the road on Thursday.

The Colts got off to a hot start, sending four runners home off of five hits. The scoreboard showed a 4-0 lead for El Camino after the first inning.

“They just played really well with their home field in the first inning. They hit the ball off the fence right … We caught all those balls on Tuesday (at home against El Camino), but here they play them.”

After failing to get on base in the first inning, Half Moon Bay managed to find some ground offensively in the next innings but struggled to get on the board until the top of the sixth. That is when the Cougars recorded three consecutive hits to start the inning.

Aidan Vazquez hit a leadoff double, and a grounder from Coleman Colucci advanced Vazquez to third. With runners on first and third, Todd Damrosch sent Vasquez home with an RBI single, putting up Half Moon Bay’s first run of the game. Colucci scored off a double by Liam Harrington.

“I think the boys just focused up that inning,” said Anderson.

After finding their rhythm offensively in the sixth, the Cougars didn’t score again. The Colts scored once more in the seventh, finishing out the game, 6-2.

“He’s a really good pitcher, and tougher to beat in this park with conditions that they’re used to and we’re not,” said Anderson, referencing Colts senior Noel Valdez. “It was tough earlier in the game for us because the guy throws hard. It was just tough with velocity like that, we don’t see it a lot in our league.”

Josh Dybalski, starting pitcher for the Cougars, only gave up one run after the first inning and David Nieves let in one during his two innings on the mound.

“I think we did a good job of not giving up and just continuing to play,” said Anderson. “It’s just a lot of inexperienced guys and we’re working and getting better. It’s tough to win them all this year.”

With the loss, Half Moon Bay fell to 4-6 overall and 3-3 in the league. The Cougars were scheduled to take on Woodside at 4 p.m. on Tuesday at home. That game finished after Review print deadlines.