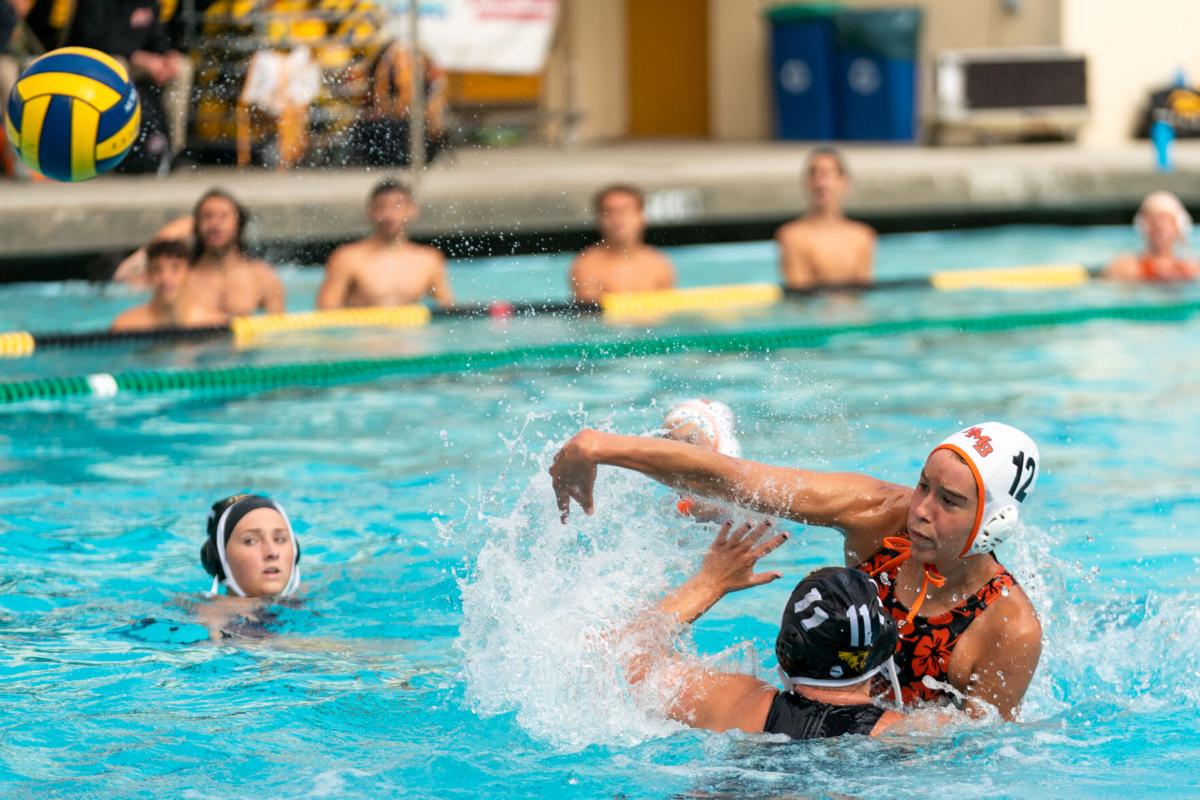 Half Moon Bay's Jess Palmer-Sammons, right, shoots the ball at the Terra Nova goal during their match at Terra Nova High School in Pacifica on Tuesday, May 25, 2021. Adam Pardee / Review 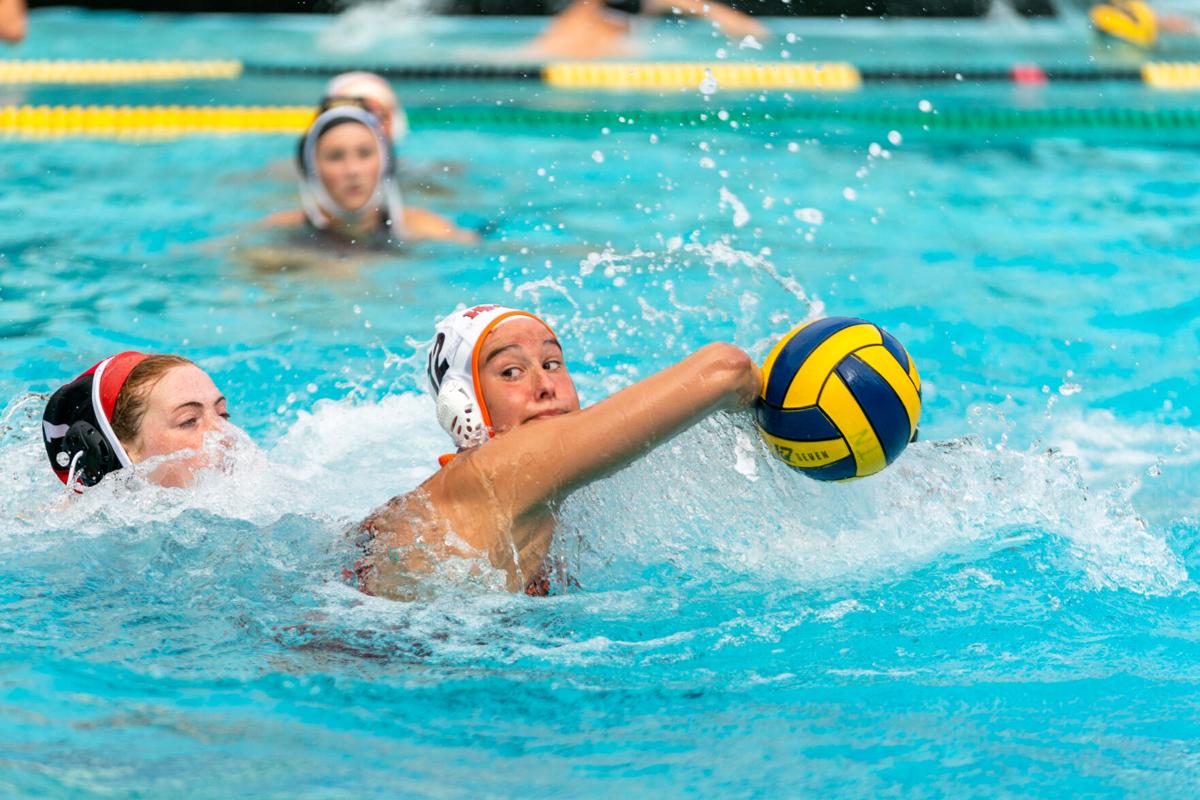 Half Moon Bay's Jess Palmer-Sammons, center, shoots the ball at the Terra Nova goal during their match at Terra Nova High School in Pacifica on Tuesday, May 25, 2021. Adam Pardee / Review 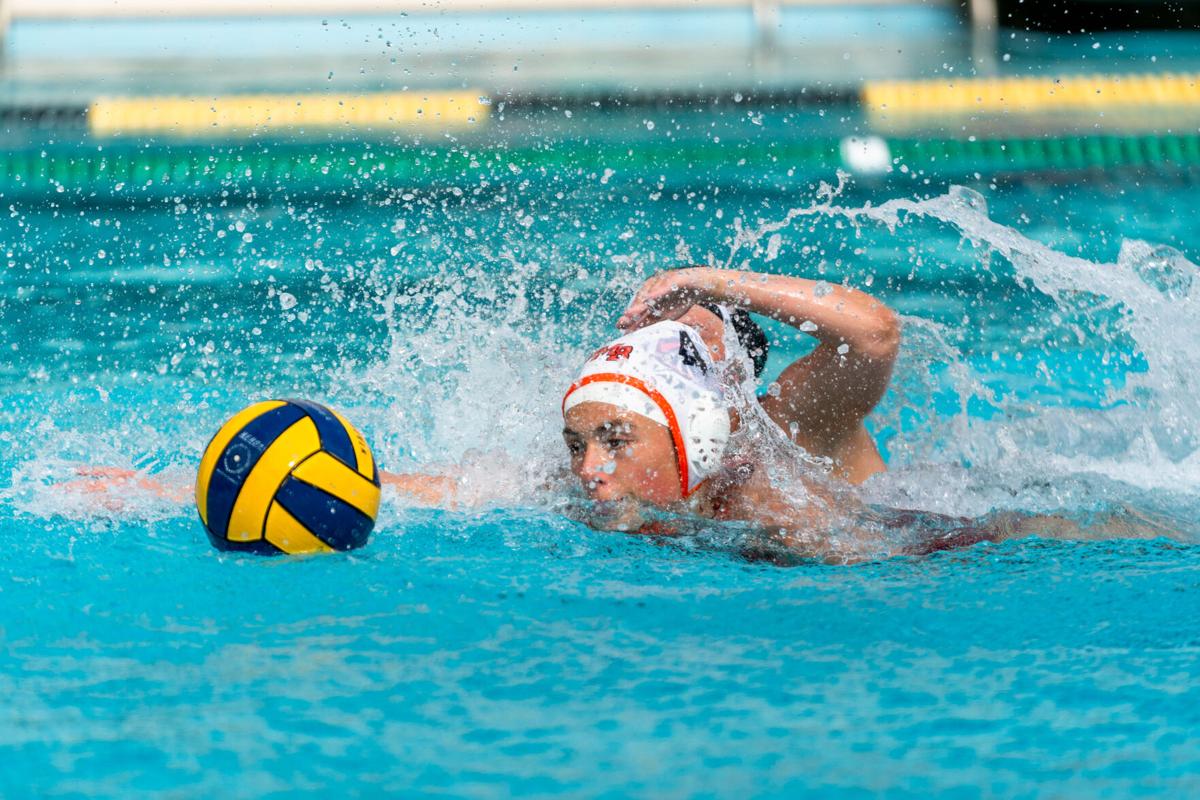 Half Moon Bay's Iris Tholke dribbles the ball towards the Terra Nova goal during their match at Terra Nova High School in Pacifica on Tuesday, May 25, 2021. Adam Pardee / Review 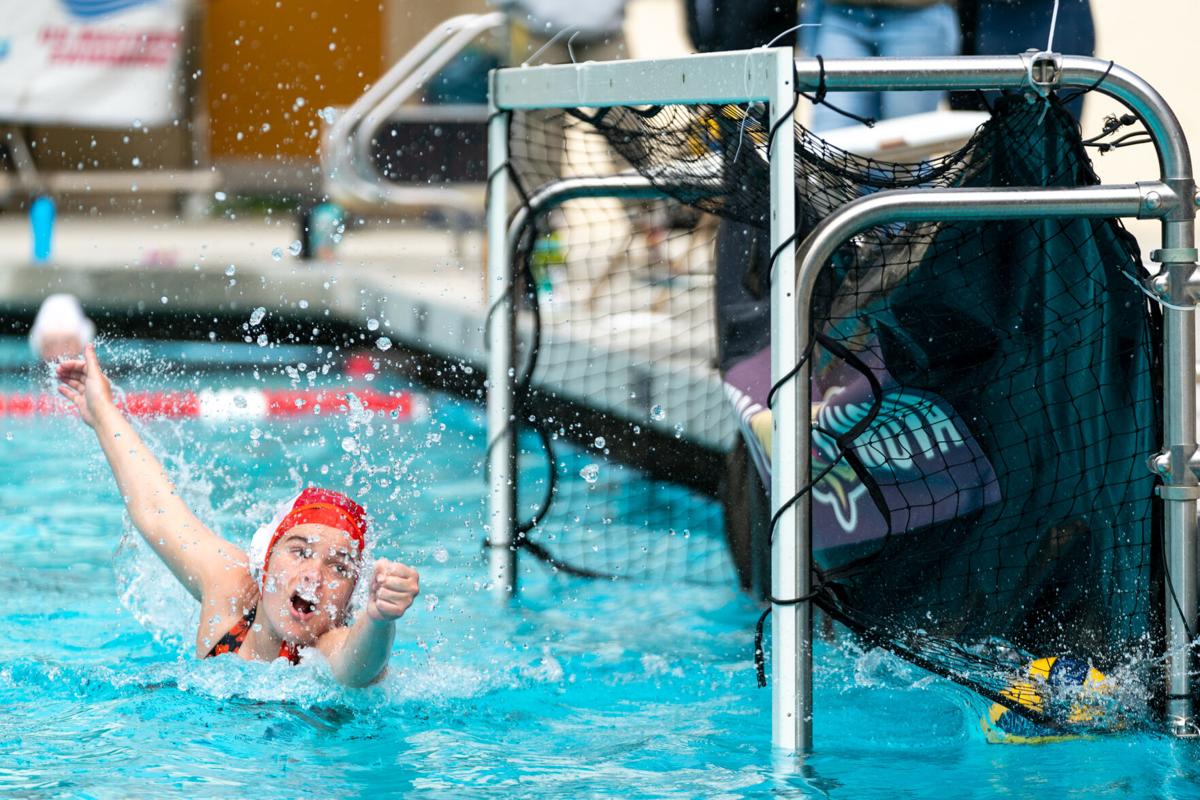 Half Moon Bay's Paige Holl misses a goal made by Terra Nova during their match at Terra Nova High School in Pacifica on Tuesday, May 25, 2021. Adam Pardee / Review

The Half Moon Bay High School girls water polo team wrapped up an undefeated, 11-0 season with a victory against Terra Nova High School on May 25.

The 16-13 win over the Tigers was just another impressive performance from the Cougars who overcame challenging circumstances surrounding COVID-19 safety regulations and a postponed season.

“We were really lucky to have a season,” said Tracy Hilvert, head coach. “I think that’s part of why they played so hard; they were just so happy to get to play.”

“She just had her best game ever,” Hilvert said. “She’s always a really strong player, but she just killed it.”

Tholke and Rippberger both contributed one goal and Kaylani Guevara, a sophomore who was pulled up to varsity for the last game, also contributed one.

“Having a field player step in as goalie for the last five games was pretty phenomenal,” said Hilvert. “And she did great.”

The Cougars were led this season by strong shooters and an aggressive defense. According to Hilvert, on the defensive end Rippberger and Kay Hildebrand stood out this season in protecting the goal, and team captain and sprinter Jenar was a multilevel threat.

“I had eight seniors and they just wanted to play more than anything,”

Hilvert said. “They played so well together and they just communicated. They played really hard for each other. It was pretty impressive.”