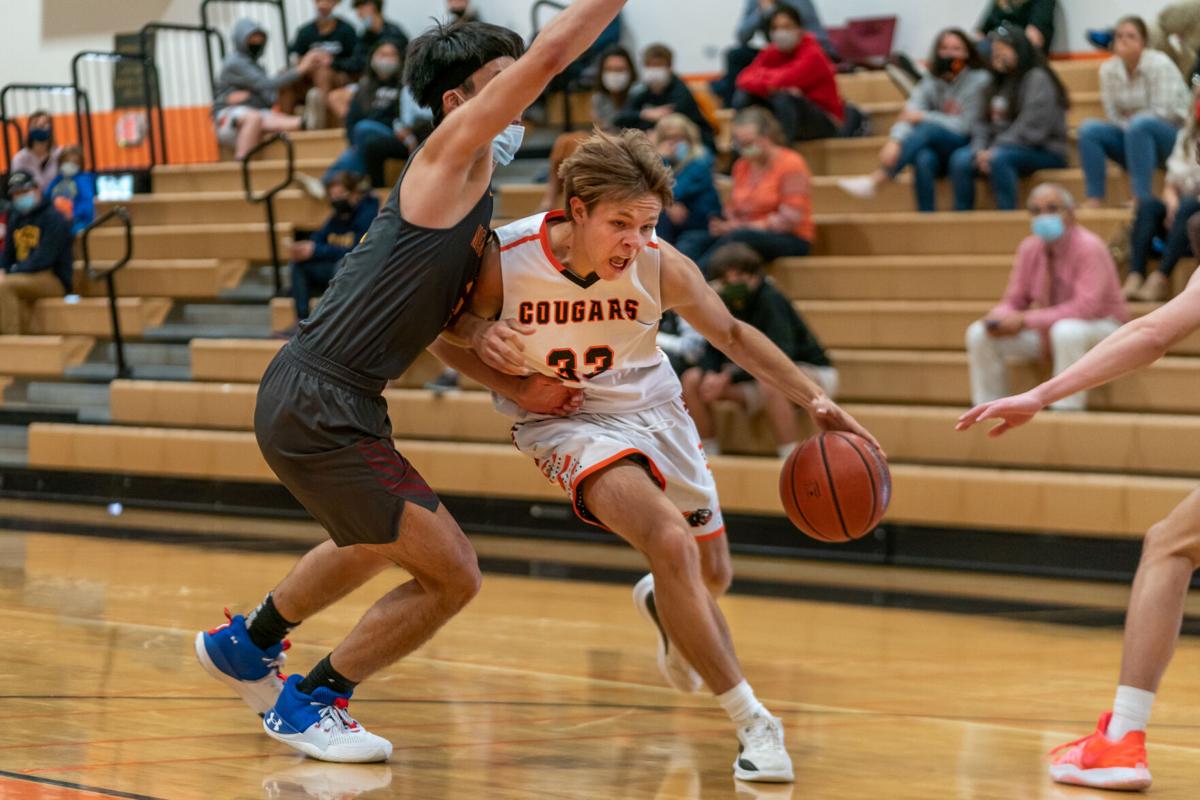 Sean Ediger makes a play towards the basket during Half Moon Bay High School's win of 69-46 win against Menlo-Atherton on Friday. Adam Pardee / Review 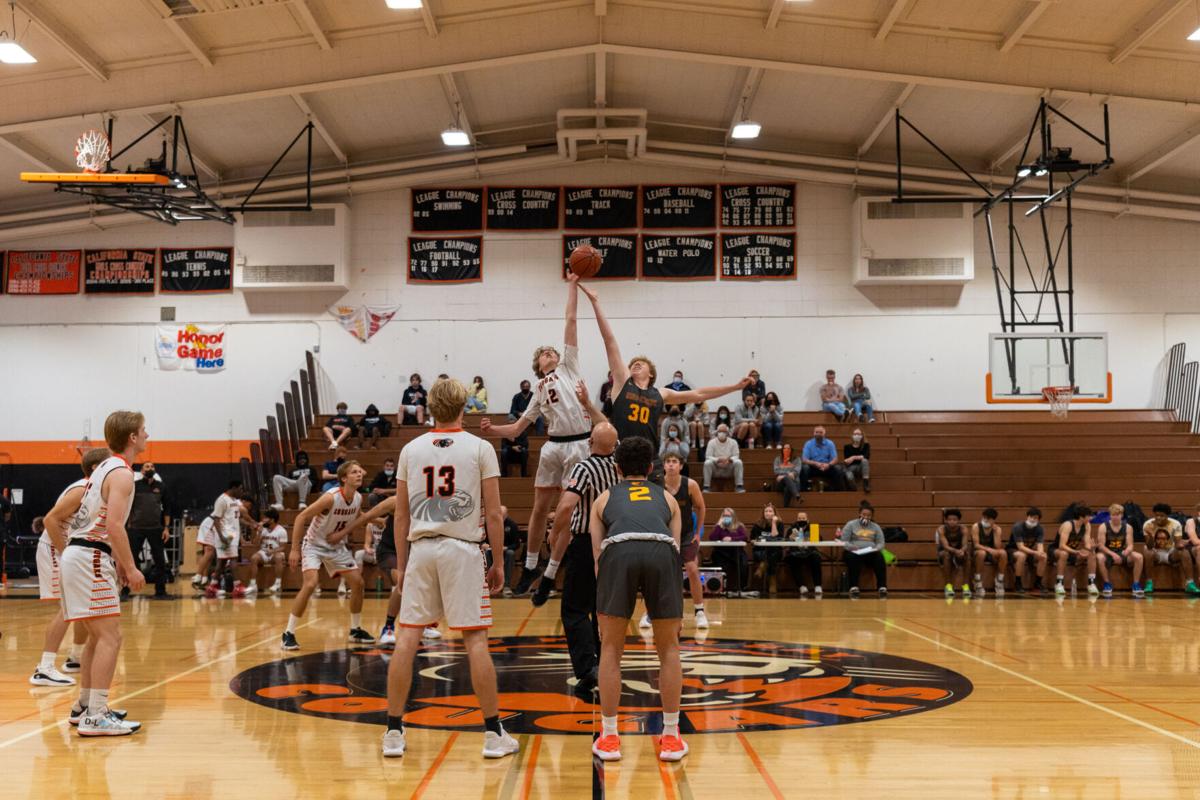 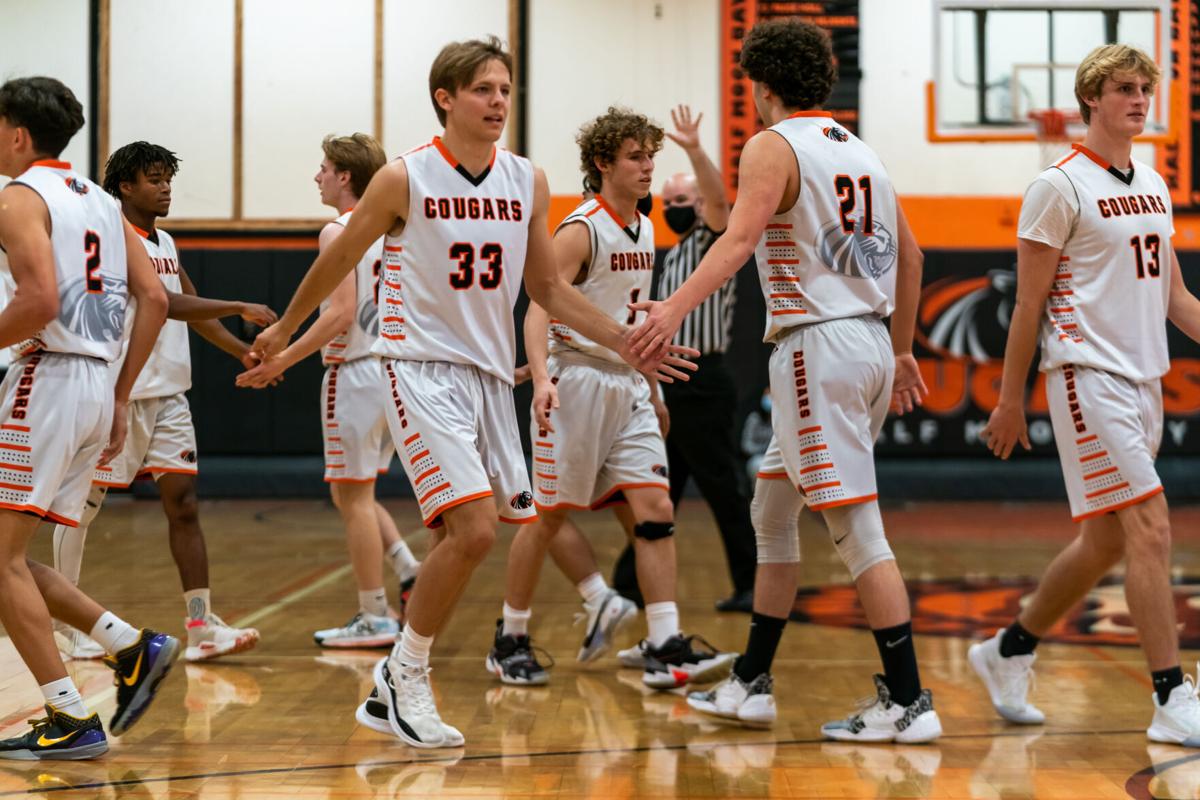 Boys varsity players come on and off the court during Half Moon Bay High School's win against Menlo-Atherton on Friday. Adam Pardee / Review 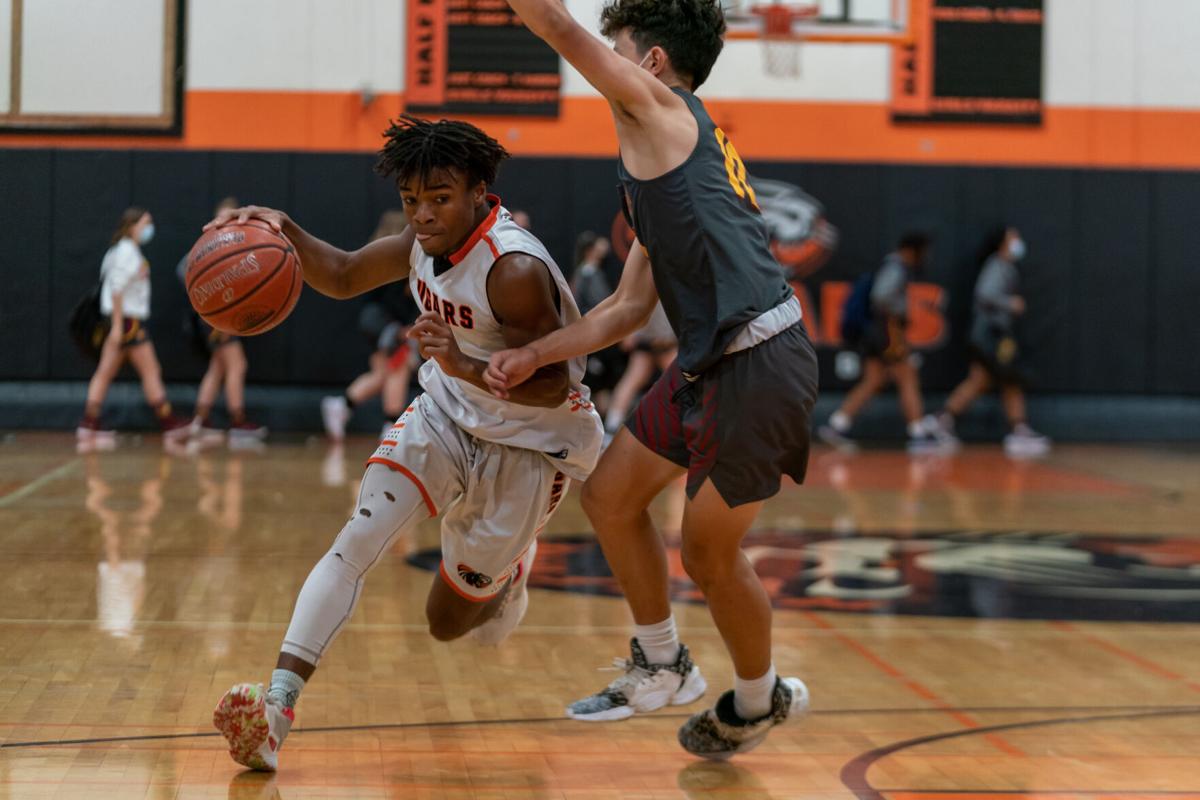 Zeke Syme charges past a defender during Half Moon Bay High School's win against Menlo-Atherton on Friday. Adam Pardee / Review 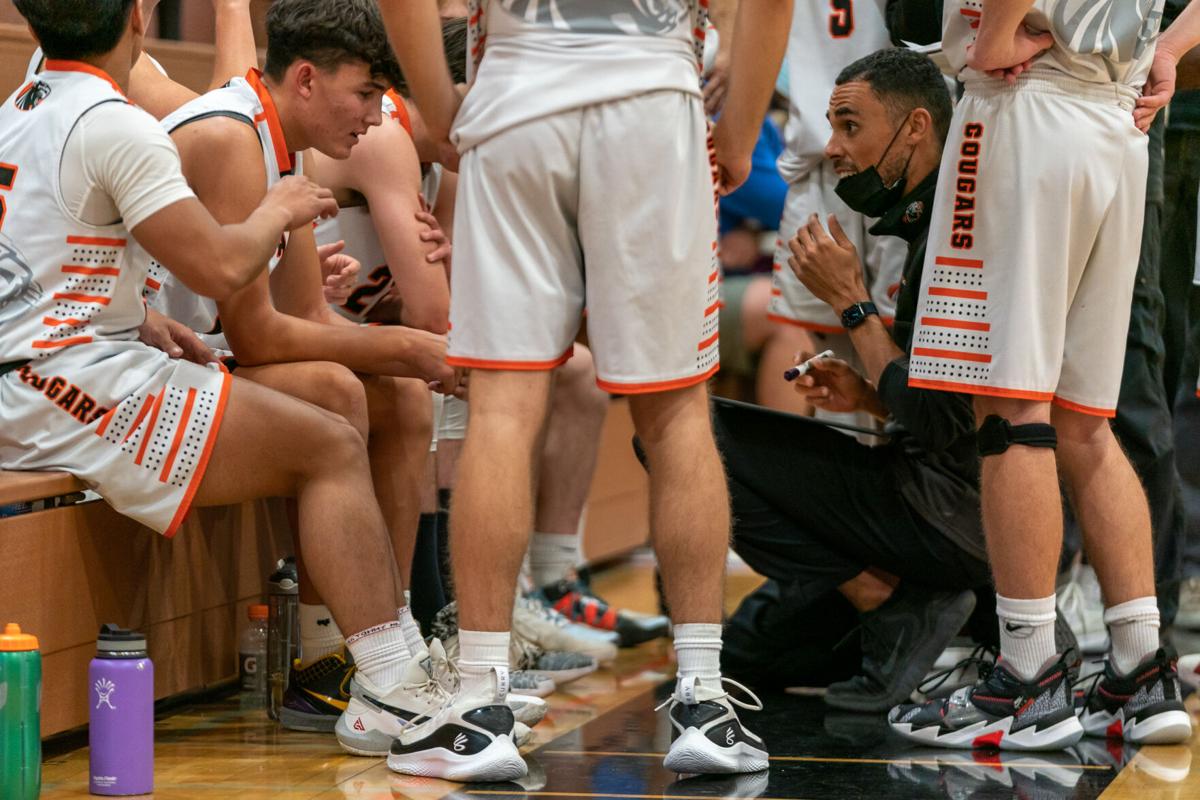 Head Coach John Parsons speaks with the team in a timeout during Half Moon Bay High School's win against Menlo-Atherton on Friday. Adam Pardee / Review

What looked at first like a nail-biter of a basketball game between Half Moon Bay and Menlo-Atherton high schools on Friday ended up being a blowout as the Cougar boys beat the Bears, 69-46.

The teams were neck and neck in the first quarter; both teams put up aggressive defense and scrambled for rebounds. Menlo-Atherton hit a near half-court shot to finish the first quarter. And while Half Moon Bay led, 17-15, going into the second, it looked like it was going to be a close game.

The game remained tight in the second, but Half Moon Bay maintained a slim 26-24 lead heading into the second half.

Once they stepped back on the court in the third quarter, it was a different game.

Mykola Ediger set the tone with four points in the paint on back-to-back possessions. A 3-point shot from Drew Dorwin stretched the Cougars’ lead to 33-24, and they found Ediger under the basket again securing an 11-point lead, 35-24, within the first three minutes of the half.

“(In the second half) we really started locking in on defense and closing down their dribble drives,” said John Parsons, Half Moon Bay head coach. “We also got hot shooting the ball ... Mainly, it was defense and rebounding, though.”

On an 11-0 run, the Cougars didn’t slow down. Lukas Meighen and Zeke Syme contributed to a 43-24 lead before the Bears broke the run with free throws to end a 17-0 run for the Cougars. But Half Moon Bay had secured the largest lead for either team of the game so far.

After a tight first half, Half Moon Bay kept Menlo-Atherton to four points in the third. The crowd erupted when, with under three minutes to go in the quarter, Sean Kennedy found the net from outside the arc and pulled the lead to 20 points.

“We were really connected in that second half,” said Parsons. “We just moved the ball so beautifully.”

The Cougars went into the final quarter with a healthy, 23-point lead but played consistently until the end, securing a victory, 69-46 .

What has been a remarkable season for the Cougars takes on a different light with the Peninsula Athletic League’s announcement last week that winter sports teams will be able to participate in playoffs after all.

“We are thrilled with that decision,” said Parsons. “These guys have been working their butts off, some of them since fourth grade, looking forward to an opportunity like this, just to compete in this tournament. We are absolutely thrilled to have a shot.”

The Cougar girls, likewise, dominated M-A on Friday. Having not played a game in 10 days, they came out rested and ready to go, outscoring Menlo-Atherton, 72-50.

The scoring came in bunches as they dropped 22 in the first quarter, 20 in the second quarter, and 22 in the fourth quarter to pull away. Aggressive team defense led to a fast-paced game. There were 14 successful 3-pointers.

The Half Moon Bay girls face Menlo-Atherton once again on Tuesday, after Review print deadlines, as they look to secure a spot in the Central Coast Section tournament.