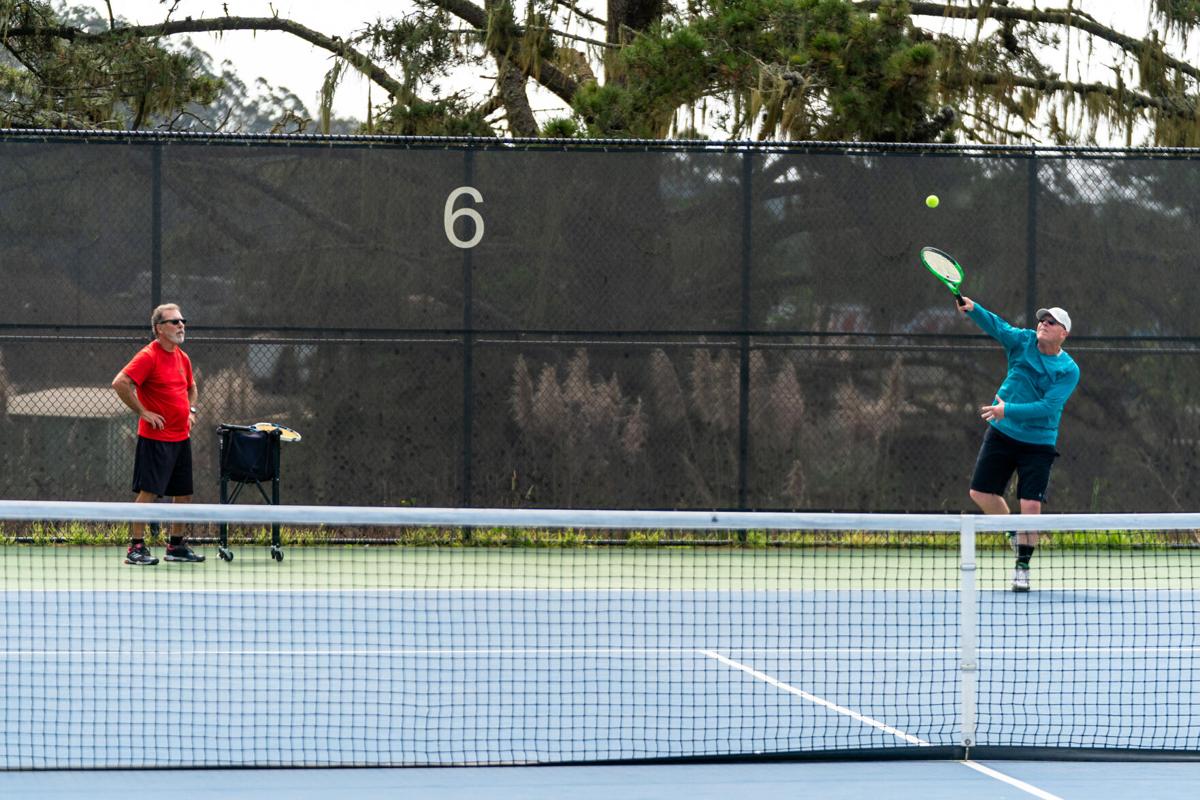 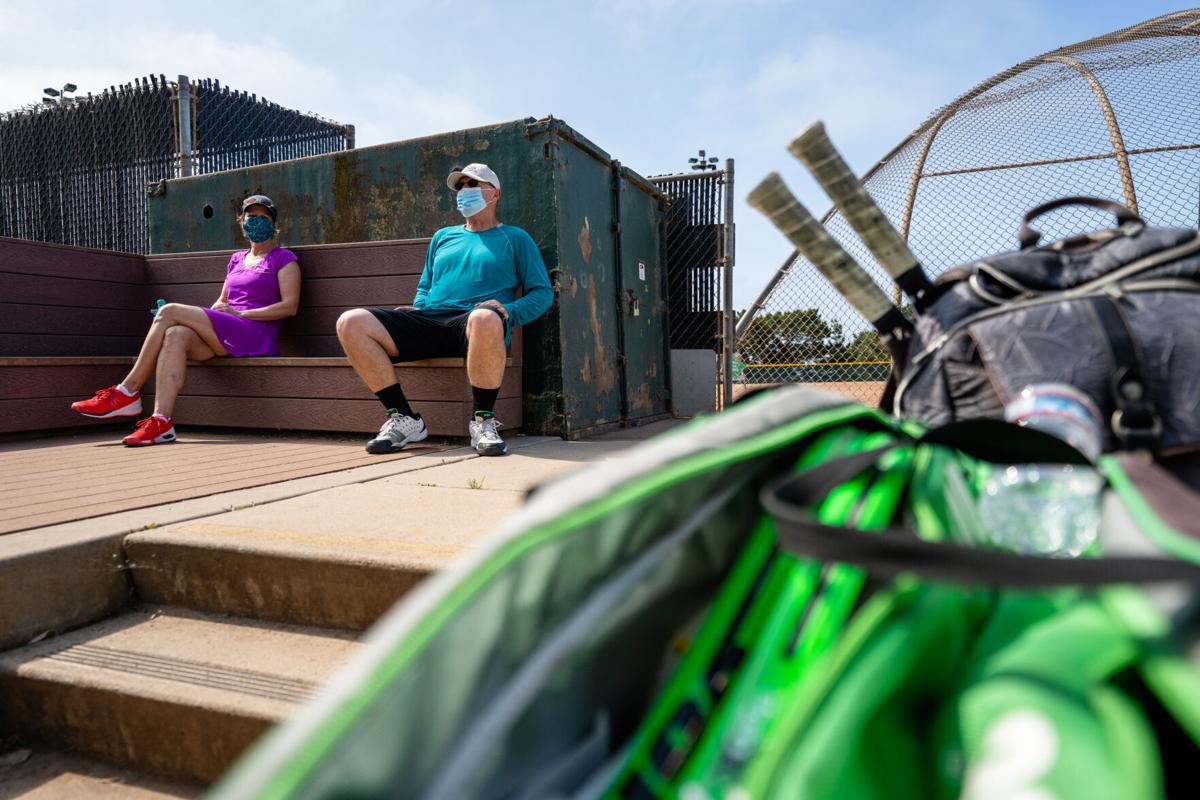 After a four-month hiatus, members of the Coastside Tennis Association are returning serves again.

Like all sports organizations these days, the association has put in place rules and precautions to protect players from the spread of the coronavirus.

The CTA, which has a memorandum of understanding with Half Moon Bay High School in order to use the public courts, resumed play on July 30 after closing the courts in mid-March. The required steps to reopen the courts included orders from San Mateo County and the United States Tennis Association. With the help of a $2,000 grant from the USTA, the CTA purchased locks, hand sanitizers and net curtains to separate each court.

A complete list of rules can be found on the CTA and USTA websites. Some of them include social-distancing of 6 feet or more, wearing masks except during play, and not sharing any equipment including balls.

For doubles and singles matches, each player needs their own set of balls for serving. Players who bring the same brand should mark or number their respective balls and should avoid touching the balls with their hands.

In order to play at the high school during school hours, one needs to be a member of the CTA, and check the association’s website, coastsidetennis.org, for dates when a sanctioned CTA “court monitor” is available to observe the games.

“Whenever there’s a monitor, that means people can come to play,” said Margie Gater, the CTA’s treasurer. “That includes evenings and weekends. We just tell everybody to go to our website to check the schedule.”

As it stands, organized competition and clinics are on hold. Singles and doubles matches are in full swing, as are private lessons from certified professionals Sandy Badillo and Robert Garcia. But the lessons are either one-on-one or with members of the same household.

“The problem with (league play) is that as soon as we organize something with more than four people out on the court, then we’re starting to violate rules and create situations,” said Val Fernelius, president of the CTA. “We’ve stayed away from that and want to take it one step at a time.”

Aside from repaving the courts, the CTA annual dues contributed to the court’s maintenance and equipment and support the school’s tennis teams. Both Gater and Fernelius said they’ve seen a rise in membership recently.

Not only are longtime members excited to get back on the court, but families with young children looking to exercise outside their house have joined in as well. Fernelius explained that tennis, like golf, involves a healthy distance from opponents and little physical interaction with them. And like golf, he said, it might be one of the safer sports to play currently.

“We’d like this to grow and see new members,” Fernelius said. “We hope this influx we see now catches on.”