Medical site staged at Event Center, shelter-in-place to be extended

UPDATED 12 p.m.: San Mateo County officials say they are staging equipment and supplies at the San Mateo Event Center in advance of what they expect will be a “projected surge” of COVID-19 patients at area hospitals. Meanwhile, seven jurisdictions will soon announce their existing shelter in… Read more 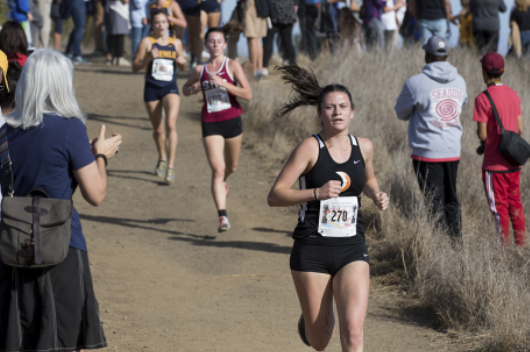 Kendall Mansukhani jokes with her coach that the home treadmill doesn’t go fast enough to train her. Review file photo 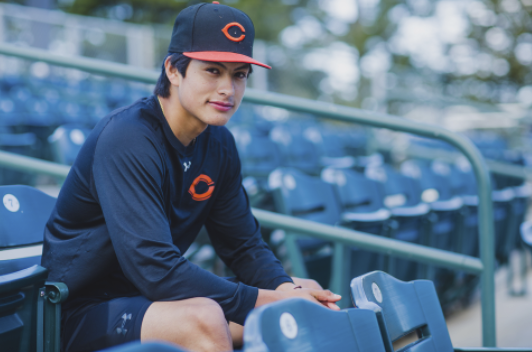 Kendall Mansukhani jokes with her coach that the home treadmill doesn’t go fast enough to train her. Review file photo

Coaches give tips for staying fit in sports

When schools around the Bay Area closed on March 16, the Peninsula Athletic League suspended all league games and official offseason conditioning. Students, coaches and parents were initially shocked.

Over the next week, the loss of games seemed like the least of the world’s problems.

Nevertheless, athletes miss the games, and many are searching for ways to stay active and ready for when the games eventually begin again.

High school coaches have offered some unofficial and not-at-all-required basic instruction from afar.

Even before the shelter-in-place order was put into effect in six Bay Area counties, coaches and athletes were already planning how to keep training in a safe but consistent manner.

Following her coach’s workout plan last week, Half Moon Bay High School senior cross-country runner Kendall Mansukhani cranked up her treadmill to the desired speed. However, there was one problem.

“She told me ‘I couldn’t go at that pace. The treadmill doesn’t go that fast,’” coach Paul Farnsworth recalled with a laugh. “We’ve had some funny jokes about it.”

When the news broke that the track and field season would be postponed indefinitely, it ended myriad hopes and goals for all the student-athletes. Farnsworth, forever passionate about the team, said he would love to meet with the group once more at the school, but knows he can’t. He referenced how this lost season is a blow to juniors aspiring to run at the collegiate level, as this tends to be the season schools scrutinize time and results.

“The junior year becomes vital as far as getting attention,” Farnsworth said. “And when you have a good junior year, your senior year you get more attention.”

Though there are no races on their immediate schedule, Mansukhani and Claire Yerby still want to run. They are both set to compete in Division I programs this fall. Yerby will attend University of California, Berkeley, while Mansukani will run at Baylor University.

Farnsworth noted that the senior class has had seasons prolonged twice due to fires.

Running is just a part of daily life for his athletes. Though they may be doing it by themselves for now, it still brings a level of comfort.

On the baseball diamond, Cougars’ head coach Brian Anderson didn’t give any specific approaches to his players. Anderson and his assistant coaches set up a Google Classroom for his team to consider. It served as a tool for coaches to share information, and now they’ve given the entire team easy access to film and drills.

“We post videos on different drills or even guys talking about their approach in baseball,” Anderson said. “So, I’ve been keeping that updated for the boys for any of them who want to look at it.”

Anderson acknowledged the difficulty in keeping the boys motivated when it is increasingly likely that no baseball may be played until the summer. But for some kids, all it takes is a couple of balls and a batting tee.

“I’m so used to being outside,” Guevara said. “Since October, I’m throwing every day. Stopping out of nowhere can take a huge toll.”

Whether it’s playing catch or watching a hand drill from Angels outfielder Albert Pujols, Guevara wants to make the most of the downtime and he doesn’t want to let his arm strength dip.

“I try to look at it every day and see what I can do from home,” Guevara said.

There’s also footage of the league’s “30 Clubs in 30 Days” which gives behind-the-scenes access into all 30 Major League Baseball teams.

“We’re mainly pulling different videos from YouTube,” Anderson said. “I like to use a lot from MLB Network. They have this thing called ‘Diamond Demos’ where guys break down the fundamentals of what they do, whether it’s fielding or hitting.”

On the tennis court, Bradley Lehan, head coach of the Cougars’ boys varsity team, recommended a few similar strategies for his athletes. Though there is no league play, the top singles players will eventually play in tournaments again, and they’ll want to stay sharp. Lehan suggested various methods students could apply to practice, from hitting solo against a wall or garage door, to setting up cones in the receiving end of the court and trying to hit them with serves.

But the coach also has another idea: Kick back and read about or watch a film of some of the best to ever step foot on a tennis court. Specifically, Lehan referenced the rivalry between Roger Federer and Rafael Nadal, both of whom have dominated men’s tennis for over a decade.

There’s also “Open,” a 2009 autobiography by Andre Agassi that Lehan finds insightful. His story is one of triumph, heartbreak and redemption, and Lehan thinks his players could learn something from Agassi’s insights.

“With most of these players, there’s a uniqueness to them in that they were obsessed with the game at an early age,” Lehan explained. “There’s parent involvement, trials and tribulations. It can be a lonely sport.”