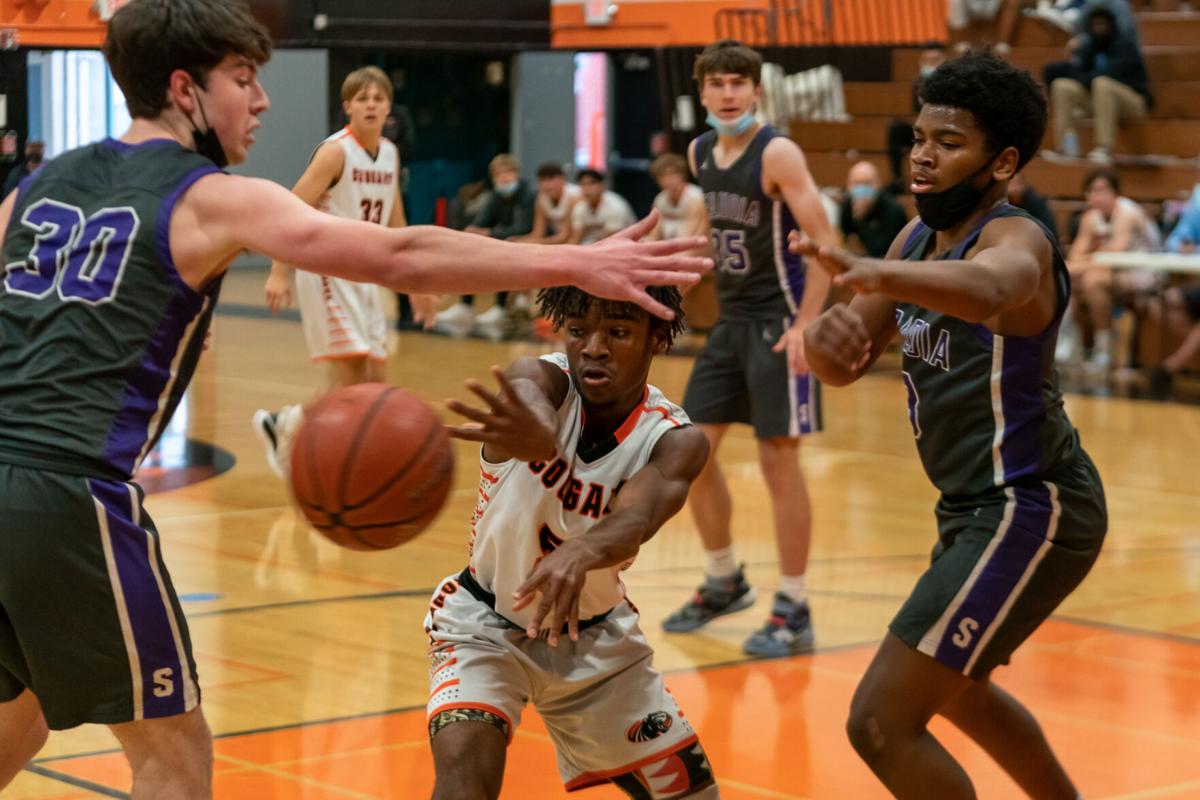 Zeke Syme passes the ball to the outside in Friday's game against Sequoia High School at home where the Cougars won 63-50 in Half Moon Bay on May 14, 2021. Adam Pardee / Review 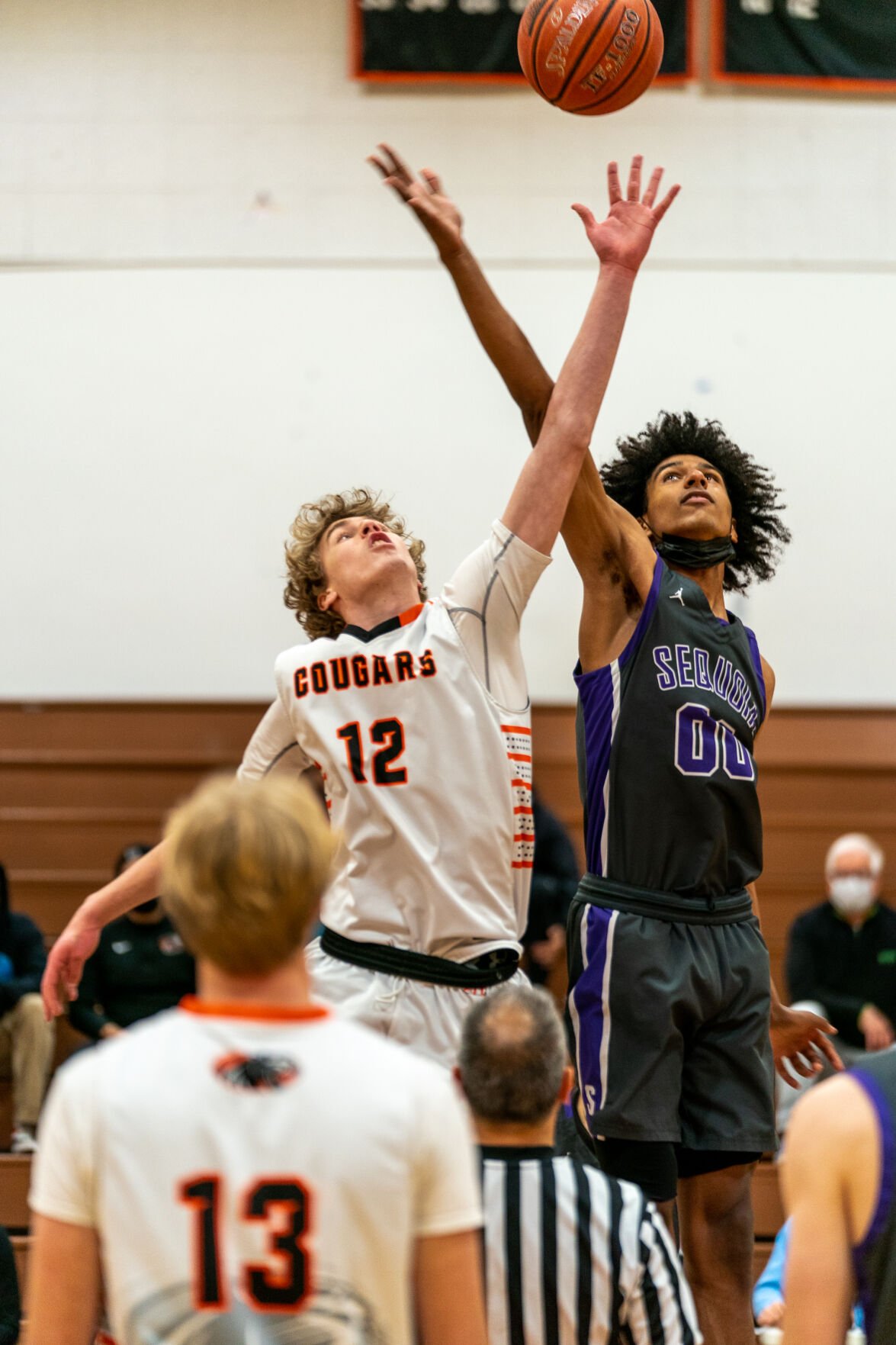 Ben McKnight jumps for the tip off in Friday's game against Sequoia High School at home where the Cougars won 63-50 in Half Moon Bay on May 14, 2021. Adam Pardee / Review 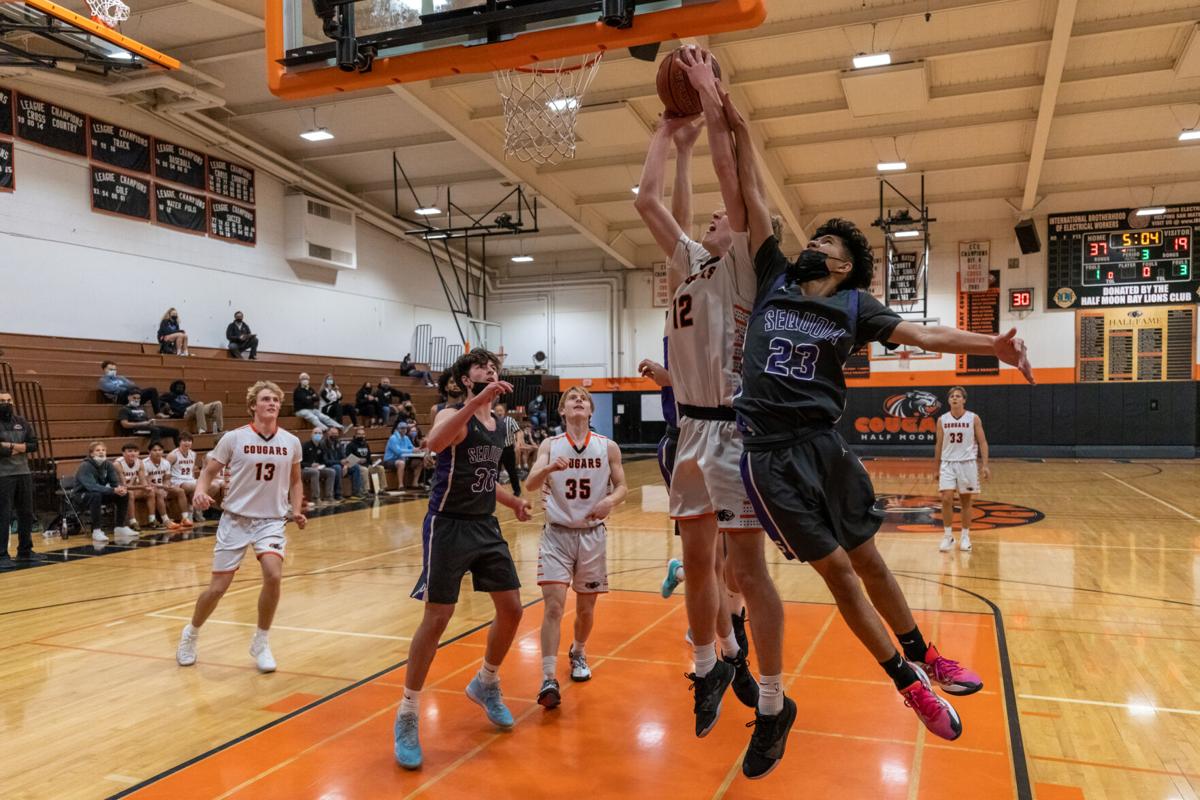 Ben McKnight shoots with two defenders in Friday's game against Sequoia High School at home where the Cougars won 63-50 in Half Moon Bay on May 14, 2021. Adam Pardee / Review 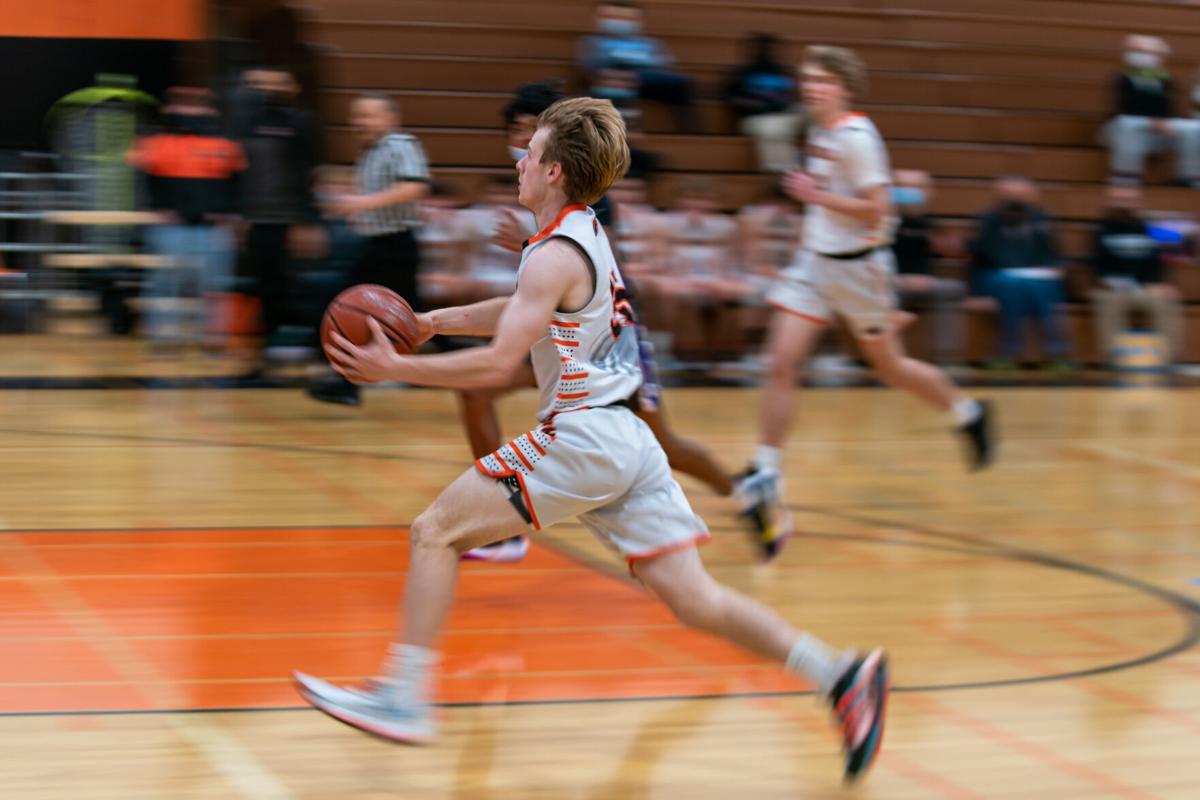 Drew Dorwin makes a fast break lay up in Friday's game against Sequoia High School at home where the Cougars won 63-50 in Half Moon Bay on May 14, 2021. Adam Pardee / Review

“We were able to get ourselves out in transition; we got some easy buckets that way,” said head coach John Parsons. “Defensively our press was able to generate some steals.”

The Cougars outscored the Ravens, 14 to 4, in the first quarter, starting the game off with a healthy lead. Zeke Syme led the team in the defining first quarter, playing an aggressive game under the hoop and getting to the free throw line. Ben McKnight also contributed to the strong start to the game with drives to the basket.

Half Moon Bay headed into the second half up 30-16 and outscored Sequoia 20 to 10 in the third. Sequoia started creeping back in the final quarter, pulling the score within 10 points.

“We had a lack of focus there at the end to finish it off,” said Parsons. “We had a big lead and they got careless with the ball, taking some quick shots.”

This game is just another victory in what has been a remarkable season for the Cougars. The team is currently 13-2 overall and 4-0 for league competition.

“It’s crazy because I’ve been coaching most of them since their fourth grade, so I remember them when they were literally three feet tall,” said Parsons. “It’s kind of crazy that now they're at the age where they’re going to be off to college. All that is still kind of surreal. We’re just soaking in the day and we’re having as much fun as we can and kind of enjoying the ride.”

On Saturday the Cougars took on Sacred Heart Prep on the road and pulled out a narrow victory, 77-71. Up next Half Moon Bay will challenge Piedmont Hills at home.