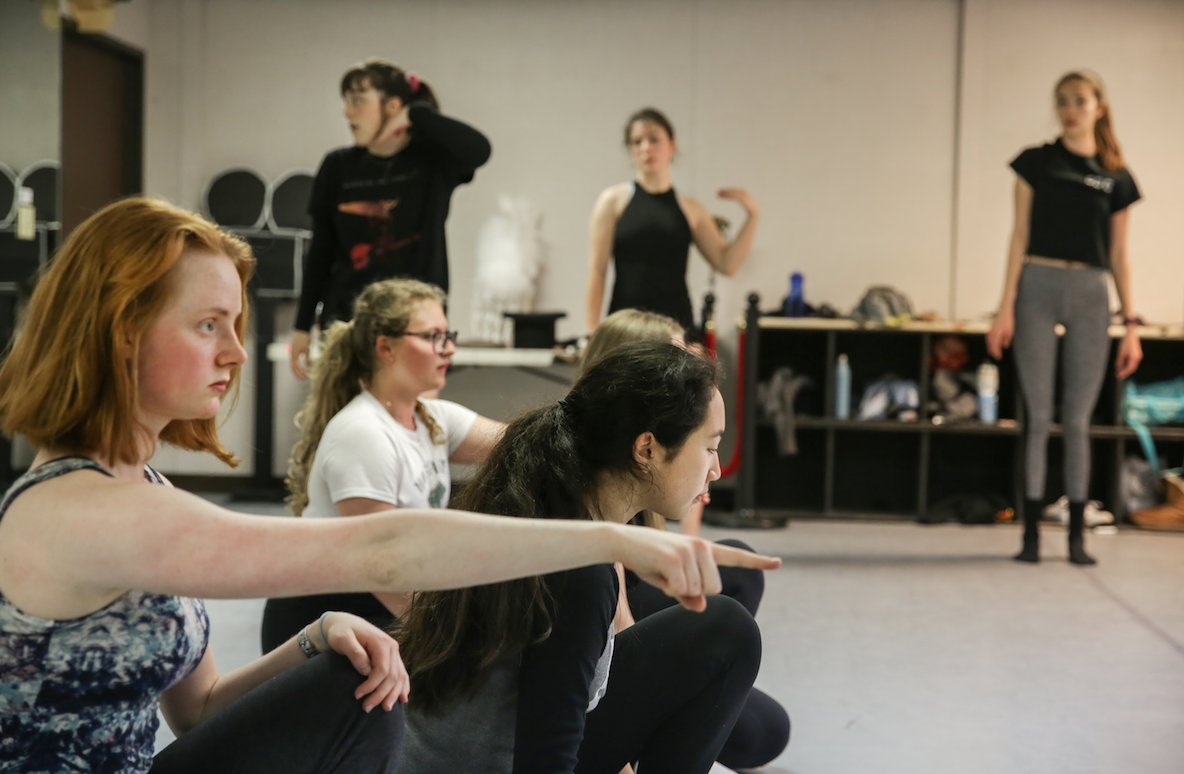 Students rehearse at the Spindrift School for the Performing Arts. Kyle Ludowitz / Review 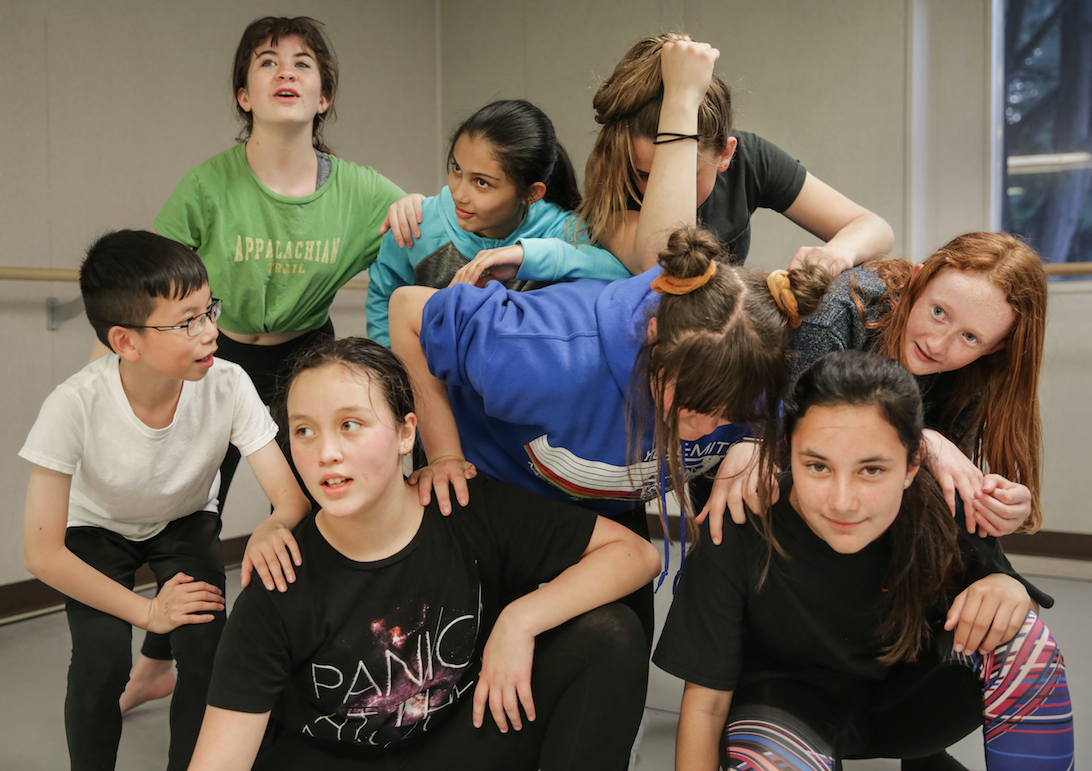 Kids have been having fun with the arts for 25 years in Pacifica. Kyle Ludowitz / Pacifica magazine 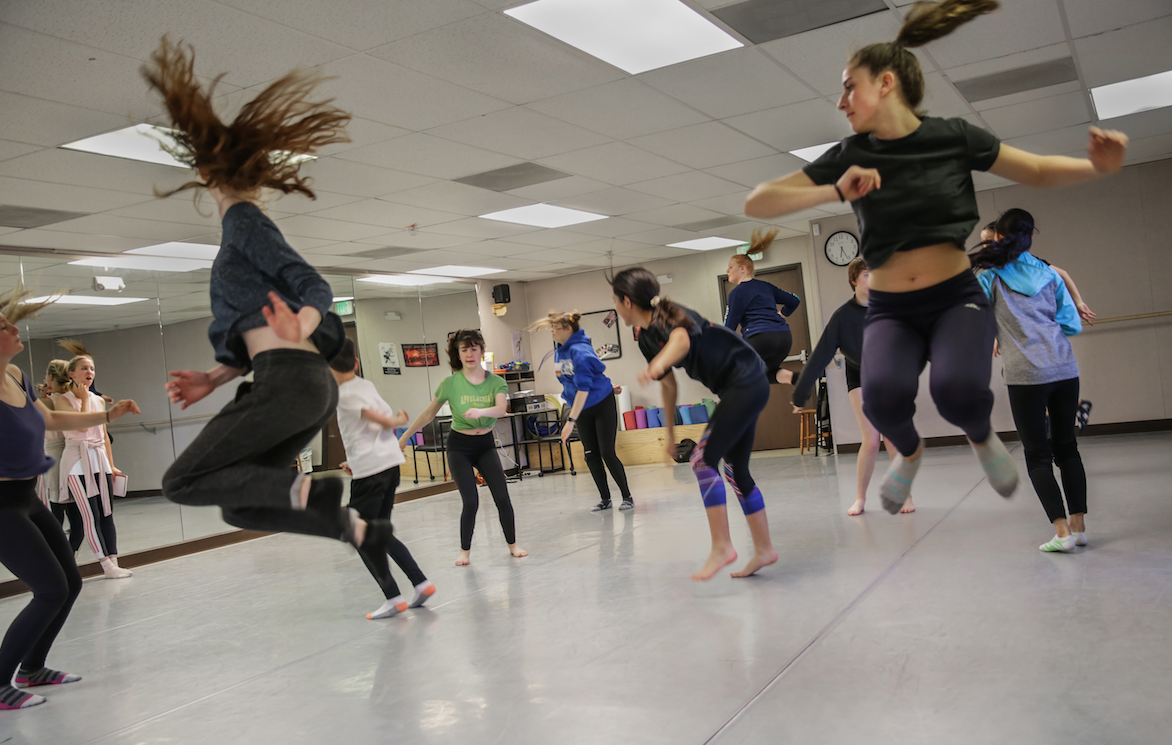 The Spindrift School for the Performing Arts keeps young people on the move in Pacifica. Kyle Ludowitz / Pacifica

Students rehearse at the Spindrift School for the Performing Arts. Kyle Ludowitz / Review

Kids have been having fun with the arts for 25 years in Pacifica. Kyle Ludowitz / Pacifica magazine

The Spindrift School for the Performing Arts keeps young people on the move in Pacifica. Kyle Ludowitz / Pacifica

This is the 25th anniversary of the Spindrift School for Performing Arts and the school’s new Executive Director, Amy Cole-Farrell, is full of plans for the celebration and beyond.

Cole-Farrell has been in her new role at the school for just over a year and comes from TheatreWorks in Silicon Valley, where she ran their education program. Living in Pacifica, Cole-Farrell was always aware of the SSPA, partly because her kids have taken dance classes at the school. When the executive director position came up, Cole-Farrell says she was excited to apply.

“It was definitely on my radar,” she said. “The position felt like the most amazing perfect fit for me and you know, so it's been tremendous. Spindrift is all about education.” And that is right in her wheelhouse.

The SSPA was originally developed by the board of directors for neighboring Pacifica Spindrift Players. In its earliest days, the school offered music lessons to adults on the weekends. However, as support from the community grew, the school started teaching theater classes to children and exploded from there. The school operates under the vision that it is crucial “to train and inspire students of all ages in the performing arts while instilling the qualities of confidence, self-discipline, creativity, artistic excellence and respect for others.” Says Cole-Farrell, “They've done amazing things on a kind of on a shoestring here over the past 25 years.” The upcoming anniversary is a way to celebrate that success, and to look forward to the next phase of outreach.

The school currently offers classes for children as young as 18 months all the way to programs for adults. The youngest kids are reached through a partnership with the Pacifica Mothers Club. “That's usually children who are sort of prekindergarten, and we partner with them and give them a discounted rate for a series of classes.” Classes can be done as a package or by drop-in and are usually structured in a mommy-and-me style. The SSPA also offers preschool classes for children anywhere from 3 to 5 years of age throughout the week. The majority of classes are for kids from elementary school on up, though the school does currently offer three adult classes, as well.

One of the areas Cole-Farrell is passionate about expanding into is community grant funding. “We do a lot of wonderful work in the community. We were on campus at every school in the district, after school with classes, and we also partner with Cabrillo school, an arts-focused school. We actually are in the classroom during the school day doing standards-based curriculum in the performing arts with the students there.” This is in addition to summer camps, programming during spring break, workshops put on for free during the year.

“There's a lot of buy in from students who come and perform and who are part of Spindrift. They might start in kindergarten and by the time they leave, it really does feel like they're graduating because they've been with us every year every term taking classes,” she said. “The parents are very involved and the board are all former parents or current parents.”

Cole-Farrell is keen to keep up that community spirit but to also add nonprofit expertise to the mix. “We want to be able to grow and continue to do those things, so part of what I've been focused on is finding different grant funding to allow us to continue to connect with the community and be more part of it.” One idea she has is how the SSPA can partner with the city to create a space in Oddstad Park that is 100 percent family friendly, not just for the students that come to the school but to revitalize the area for families in the neighborhood. “I feel like there's so much magic that's happening, artistic and theatrical and family magic. That's a way for us to kind of spread that to the whole park and bring that playground back to life. One of the things that I'm just really excited about is the possibility of those continued connections with the community, bringing more families in to experience the arts so it can be for everyone.”

The anniversary celebration on June 15 is one way the community can gain exposure to the school’s many offerings. “We have private lessons, which is a huge part of what we do, we have violin and voice and piano and guitar and cello and so on. That's a whole system in and of itself, but then we have our dance classes and our musical theater classes. We do two all-youth productions each year, and we have a professional dance company as well that does beautiful work.”

The anniversary celebration will be set up as a series of booths that are themed around past productions. Each booth will offer an opportunity for children and families to craft something together. “One of the things that we talk about with our 25th anniversary,” Cole-Farrell explains, “is our thousands of creative moments since 1994, so we want to make this event another opportunity to have a creative moment with your family and with Spindrift.”

Cole-Farrell also points out that many of the school’s staff are Pacifica residents, several of whom have grown up in the school’s classes, went away to college, and are now back and employed by Spindrift as instructors and other personnel. “It’s another element about us that I find remarkable and special,” she says. “The anniversary celebration is a special opportunity for alumnae to reconnect with us again and show off where they've gone to since graduating from Spindrift.” It’s like a family reunion for the community, with newcomers always welcome to join in.

Play along: Two chances to take a no-experience-necessary 20-minute class on something like hip hop, improv, or sing along.

The event is free. Food from the Moonraker truck will be available for sale. Fundraising around the event will go toward facility upgrades, including updating audio equipment, reconfiguring the lobby, and adding an all gender single user bathroom for more inclusivity.