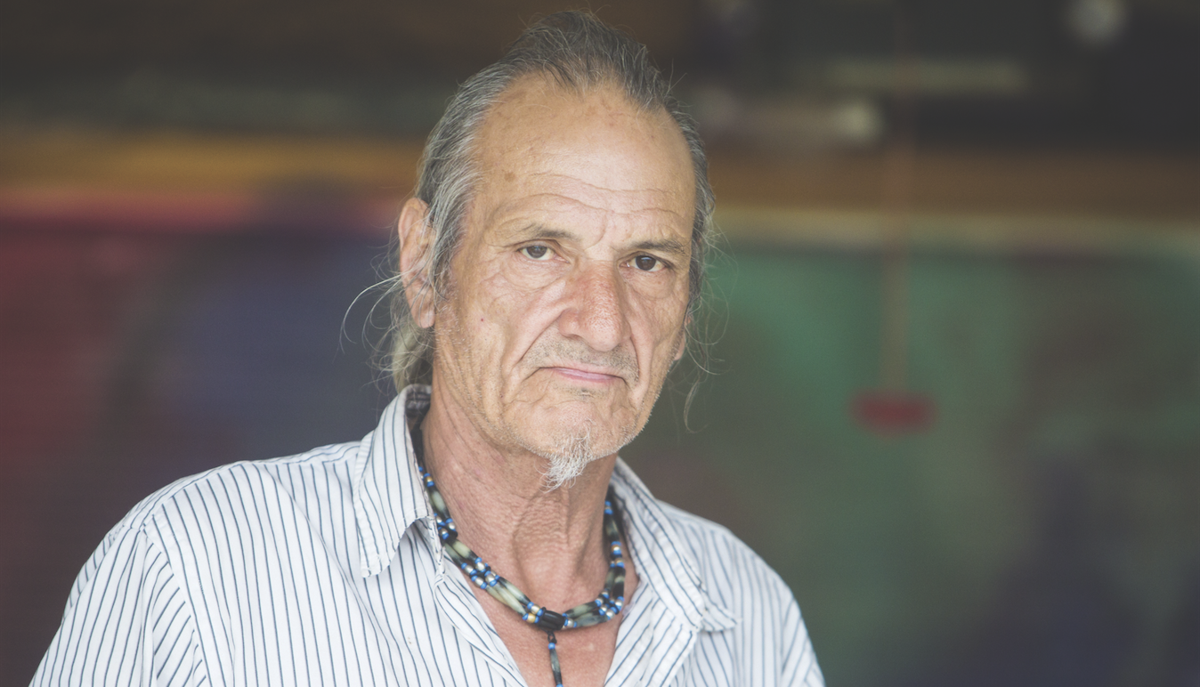 Juan Blackwolf began to turn his life around when he got to the Coastside, his son says. Review file photo 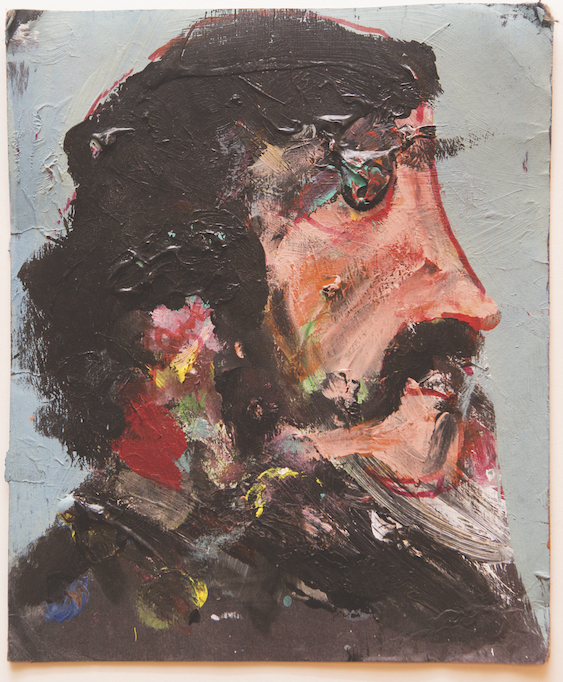 Juan Blackwolf was a prolific painter while in Half Moon Bay. Review file photo 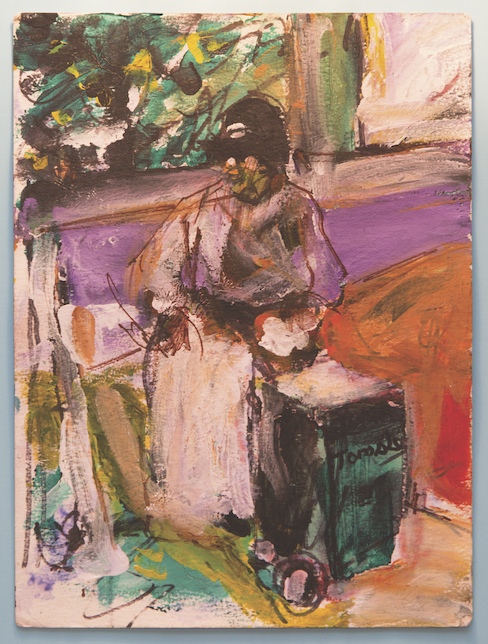 Juan Blackwolf produced some of his paintings while living in a Half Moon Bay garage. Review file photo

A prominent member of the Coastside’s unhoused community, Juan Blackwolf, died on the weekend of Feb. 5. Blackwolf, 70, was known as a dedicated artist and a beloved friend to several downtown shop owners whose businesses he frequented.

Kim Levin, owner of Pasta Moon and a good friend, said she is saddened by the loss but is buoyed by memories with Blackwolf.

In 2015, Levin met Blackwolf after returning the artist’s lost dog. Months later, she would see him and his dog standing on a street corner on a cold, rainy day. “I remember the rain was going sideways,” Levin said. She offered him her garage and an extra mattress. From then on, the two became good friends, talking nearly every day.

Blackwolf later moved out of Levin’s garage and into an RV that he parked outside Pasta Moon. That is where he was when he died. Levin found him on Feb. 6, slumped over a painting he was working on.

“He was just doing what he loved to do,” Levin said.

Eric DeBode, executive director of Abundant Grace Coastside Worker, said he knew Blackwolf as a respected member of the unhoused community. He was especially admired among those who lived alongside him in the encampment behind Safeway at Strawflower Village.

“He was a wonderful artist; he cherished his freedom,” DeBode said. “And he was a kind man.”

Blackwolf came to the Coastside more than eight years ago. At the time, he had faced an unexpected eviction and a medical incident that left him in a pool of blood in Trinity County. He told the Review in 2016 that something about that day changed his worldview. He was resolute in casting away a materialist lifestyle and resettled in Half Moon Bay. Here, he chose to become part of the city’s transient community.

His alternative lifestyle defined his early and later years but his son Jacob Meyers remembers him as a committed breadwinner. During Meyers’ childhood in the mountains near San Andreas, he saw his father work to support his family with a painting business.

“He was putting his head down and trying to make it all happen for the family,” Meyers said.

But even then Meyers had heard stories of his father’s youth in the 1960s Haight-Ashbury district of San Francisco. He was born in the city, growing up in the MIssion District.

By age 20, Meyers watched as his dad returned to his art. He produced abstract pieces, portraits and Japanese brush paintings.

A divorce and a custody battle left Blackwolf financially and emotionally devastated. For a time, he turned to drugs, Meyers said, and he thought he would never see his father again. But his son said Blackwolf started to turn his life around after he moved to the Coastside. It’s a transformation he attributes to Levin.

“He was in a very dark place when he got there. He was homeless and a lot of his family had turned their back on him,” Meyers said.

In recent years, he made amends with all his children. Weeks before his death, Blackwolf was making plans to move to Rio Vista to be with his children.

“I feel very blessed for that,” Meyers said. He was able to talk to all of us in the last couple of years and he was back in our lives in a big way.”

Juan Karlos was a co creator of one of the most famous whale paintings in the world, that which adorned the Mitchell Bros O'Farrell theater, owned by Karlos' pal blue film legend Jim Mitchell who murdered his brother Artie about a year later who was also a Karlos pal

Kim is such a good friend. Juan landed in a nice place.