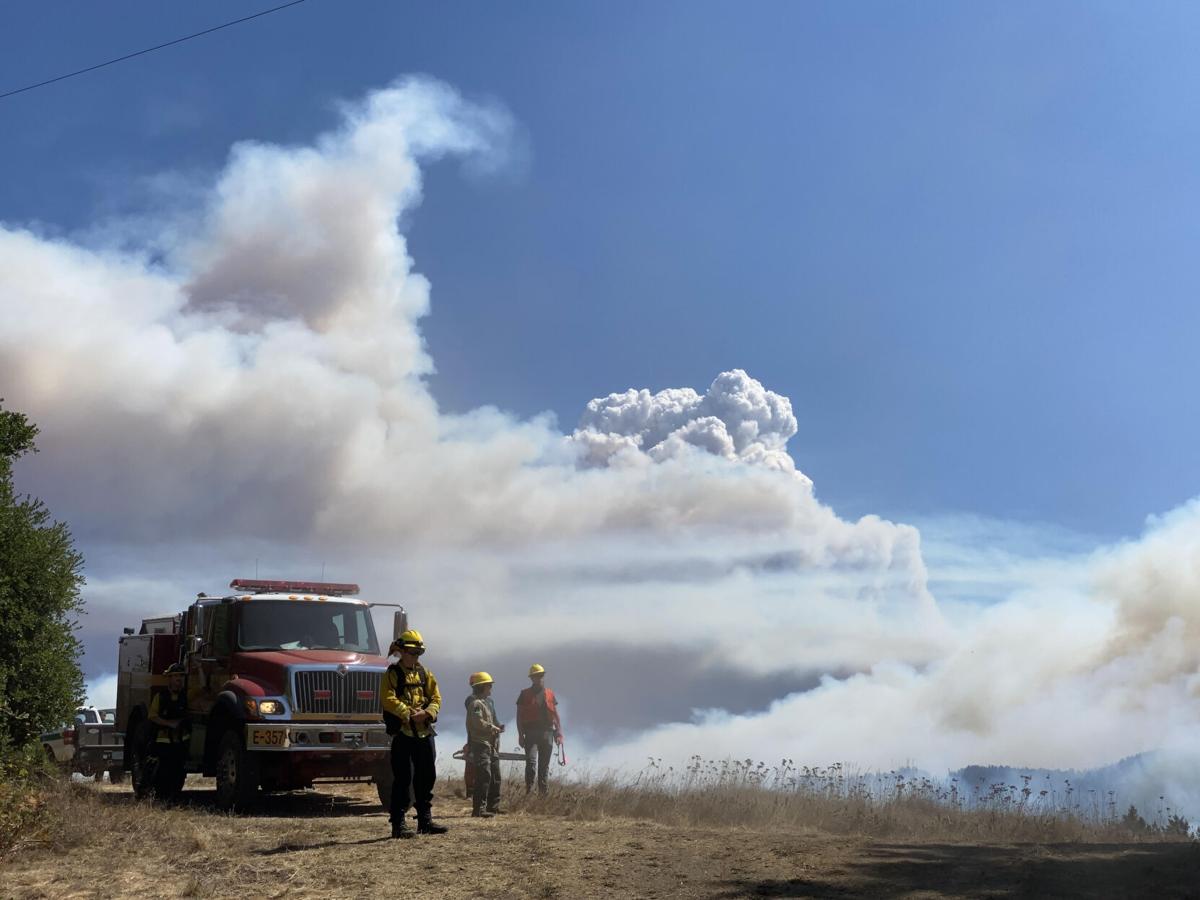 The men and women who volunteer with fire brigades in the Santa Cruz Mountains are highly trained and dedicated to their communities. Photo courtesy Ari Delay 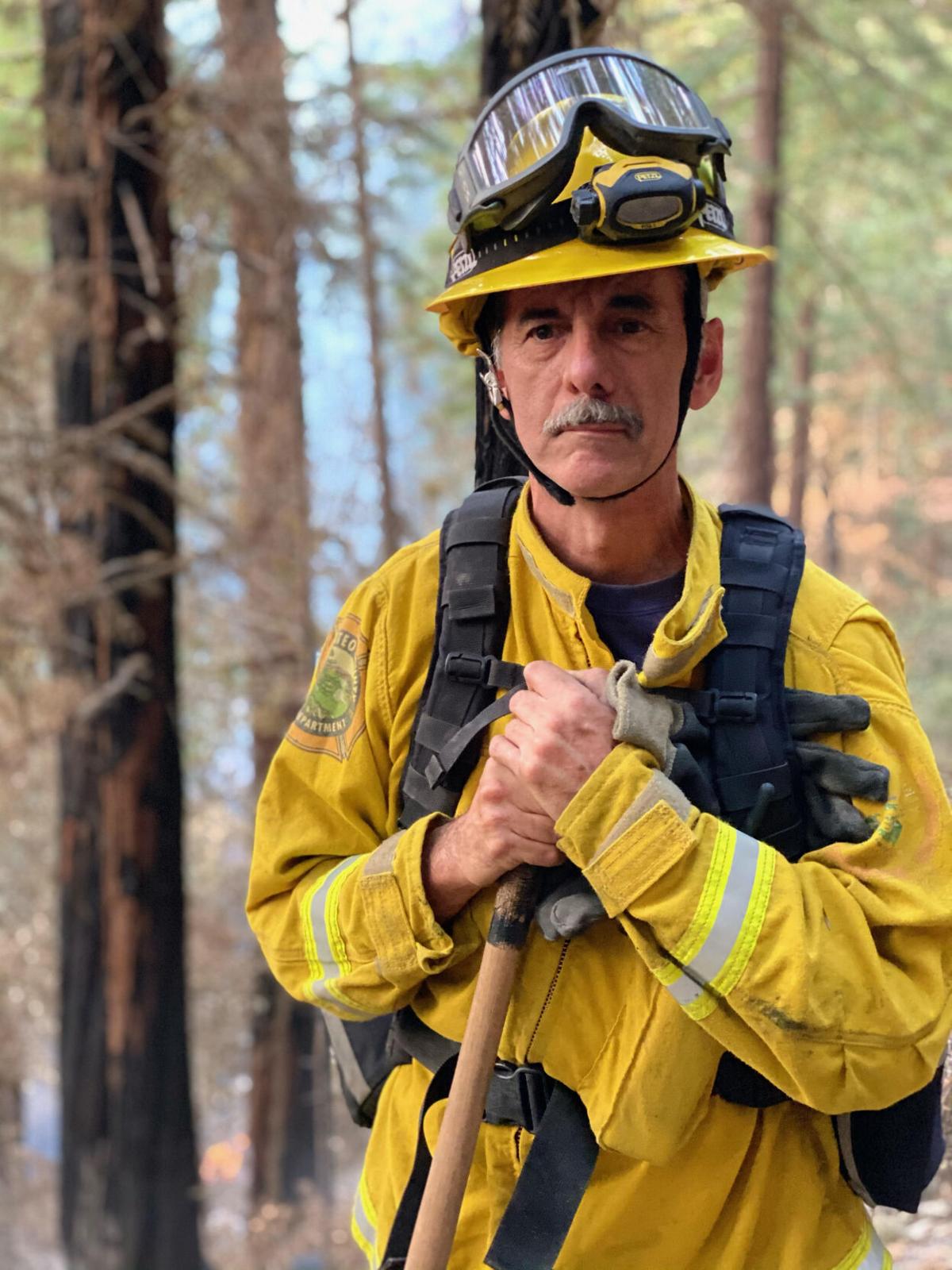 The men and women who volunteer with fire brigades in the Santa Cruz Mountains are highly trained and dedicated to their communities. Photo courtesy Ari Delay

At 3:20 a.m. on Aug. 16, crews from the Kings Mountain Volunteer Fire Brigade were already up. Similar crews in La Honda and Loma Mar were too, scouting for blazes they knew would ignite from lightning that had just pummeled the Bay Area.

“I knew that we were going to get beat up pretty bad, honestly,” said La Honda Fire Brigade Chief Ari Delay.

Over the course of a week, the three brigades, which cover around a third of the county geographically, would work nonstop to put out small fires across the coastal mountains — from the so-called 5-5 Fire creeping toward Portola Heights to a handful of blazes started in Purisima Creek and a structure fire on Skyline Boulevard. Each of the strikes could have easily threatened nearby communities or merged with the larger CZU August Lightning Complex fire into an even more destructive blaze. According to Larry Whitney, La Honda resident and former volunteer firefighter for 20 years, their tireless efforts saved homes and lives.

“While the state and (Cal Fire) went to war, they suppressed these fires and put them out,” Whitney said. “And it’s only because of that, this fire wasn’t 50 percent bigger.”

Just like their counterparts across the state, the volunteer crews were strapped for resources and had to take on each fire with fewer crews and less backup than normal. They battled across steep terrain and dense landscapes overgrown with brush and poison oak.

“Our main function is to keep the fires small,” said Kings Mountain Fire Brigade Chief Jim Sullivan. “We did what we were supposed to do. We knocked down our fires.”

By Friday, Cal Fire incident management teams had moved in and dismissed the volunteer brigades — but their work didn’t stop there. The Kings Mountain crew pivoted to emergencies outside of the wildfire, like responding to vehicle crashes and structure fires across the county. La Honda crews were focused on holding the north line of the CZU fire, keeping the 5-5 Fire suppressed and manning Old Haul Road, staffing fires from Dearborn Park all the way to Highway 9.

Meanwhile, in Loma Mar, Chief Chris Conner was acting as a team of one. After two of his volunteers stepped into Cal Fire shift roles to fight the main blaze, Conner stayed in Loma Mar to cut line with his own bulldozer and tractor and to respond in case the fire creeping down the Butano ridge got too close.

Conner, who has worked as a volunteer fireman for 24 years in Loma Mar, said the relationship between volunteer brigades and state and county teams can be complicated and full of gray areas. But he made it clear he wasn’t going anywhere.

“I wasn’t going to let my town burn,” Conner said. “We were listening, we were ready. When anyone’s home caught on fire, no matter what, we were going to be there, even if we weren’t supposed to be. And no one is going to tell us to go home.”

“We were told: ‘Don’t take it personally, but we’re going to ask you to leave,’” said Sullivan, a volunteer of nearly 30 years.

Managing that relationship isn’t always easy, Conner said. Living in the community he serves, he sees everything in the long term. He knows he is going to be relying on every new piece of equipment or renovation for the next decade or longer. Each of the chiefs agreed that their staffs are highly professional and well-trained to respond to any incident. Plus, their hyperlocal knowledge of the area gives them many firefighting advantages. And because they are defending their own homes and neighbors, their dedication is unparalleled. The only meaningful difference between career and volunteer brigades, the chiefs said, is their pay.

“They can be mechanics and software engineers, they can be executives and road crew personnel, they can be nurses and students,” Whitney said. “They come from a really broad spectrum, and, when an incident occurs, they all come together in unison and at a highly professional level. They’re the real deal.”

Each of the brigades relies on donations for operations and up-to-date equipment. The Loma Mar station is the only one that’s fully funded by the county, but

Conner said it’s not enough for all the equipment they need, and they’ve begun fundraising online. The Kings Mountain brigade, Sullivan said, benefits from a tight-knit community that is committed to supporting it through the annual art fair. Delay said the La Honda brigade raises around $40,000 per year for operations.

To Delay, who has been a volunteer for 29 years, the solution to a lack of resources is not to start a career brigade on the coast, replacing dozens of dedicated volunteers with just a handful of newcomers. The gap has led their community to form a strong team — including Coastside Emergency Response Team members, HAM radio operators and the San Mateo County Large Animal Evacuation Group — that was instrumental in supporting firefighting efforts.

Improved funding, coordination and shared resources could go a long way, but for the most part, the chiefs agreed: Nothing can replace their small teams of dedicated volunteers.

“The heroic part is the firefighters who train and get the skills and are ready,” Sullivan said. “I am really proud of my people.”