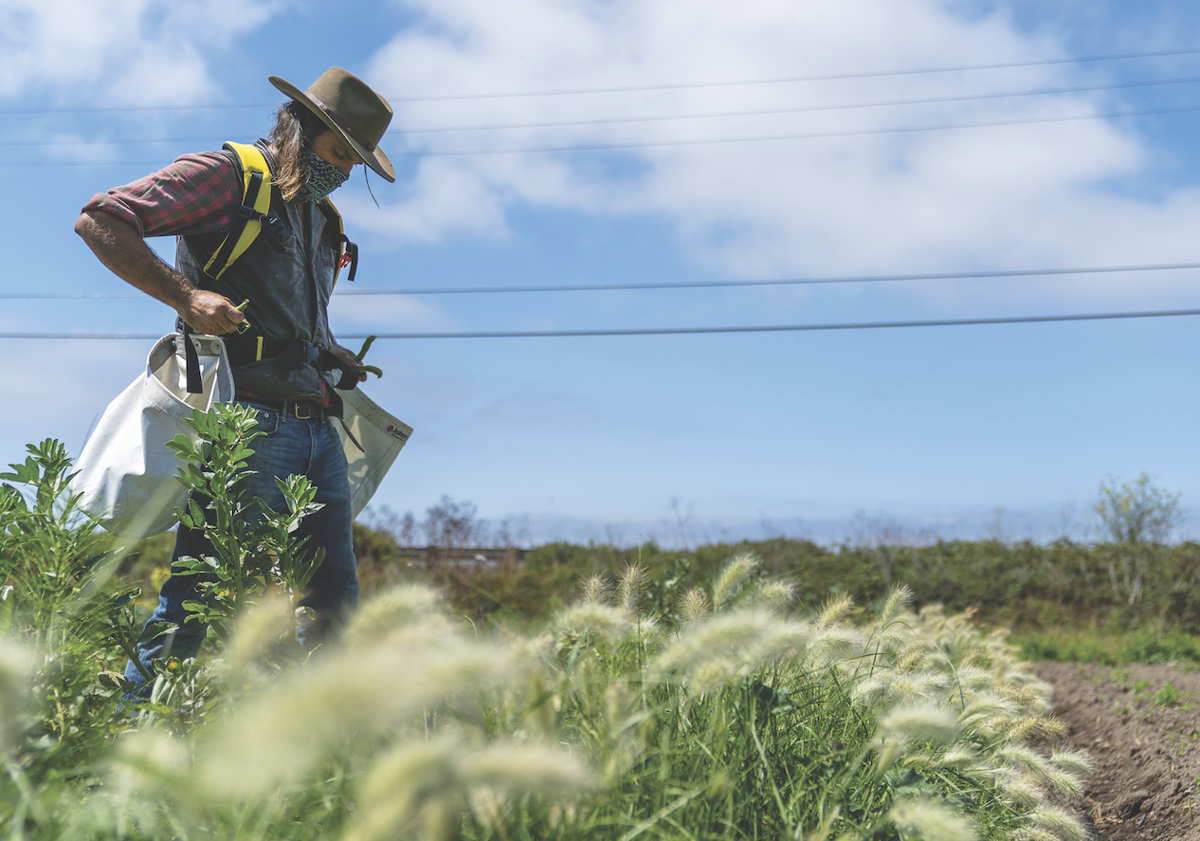 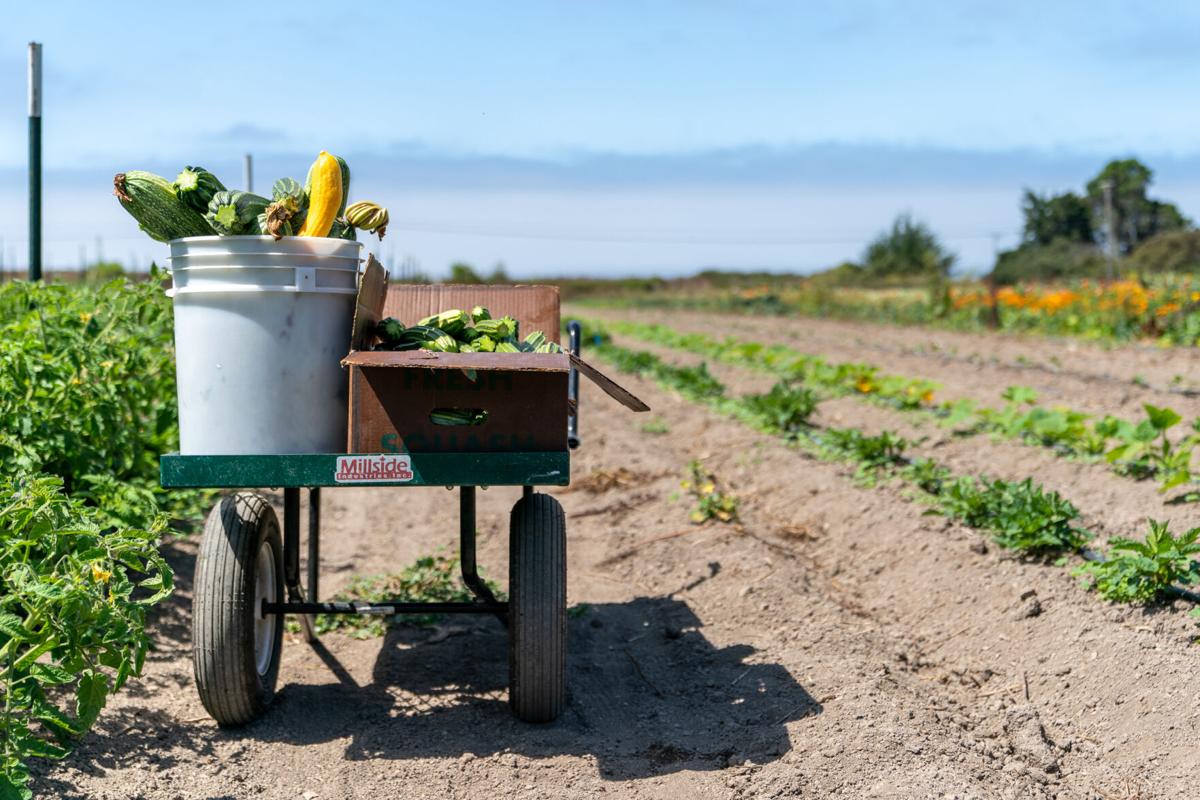 A box full of squash freshly picked by co-owner and farmer Veronica Mazariegos-Anastassiou in Pescadero on August 11. Adam Pardee / Review

A box full of squash freshly picked by co-owner and farmer Veronica Mazariegos-Anastassiou in Pescadero on August 11. Adam Pardee / Review

Approach to find a way to maintain revenue streams for farms while helping struggling families on the Coastside and throughout the Bay Area.

Ash Colin, food education program coordinator at Pie Ranch, explained the local outreach and educational programs that Pie Ranch traditionally hosts had to be canceled. “We pretty much had to shut down all our programs,” Colin said.

As a result, Colin and the programs team were left with nothing to do but support the other teams. But after receiving a grant from the USDA, they quickly transitioned to their new project: the Farm Fresh Food Relief Initiative.

The program intends to support families in need due to the coronavirus crisis by giving them a mixed box of produce, while also supporting farms whose markets have been compromised by the crisis. More than 11,000 boxes have been delivered through the program, distributing roughly 800 boxes a week to families in need throughout the Bay Area. Colin described it as a stopgap opportunity for farmers who have lost a lot of their business selling produce to restaurants or at farmers markets.

“The program pays full price for the produce that essentially ends up going to all families in need,” he said. “People that don’t normally have access to healthy or organic food get it. They all love the garlic, tomatoes, the strawberries, the squash.” Colin said the program helps bring equity for consumers.

“So far it’s just been running very smoothly considering it’s been done so sporadically,” Colin said. “It speaks to the power of community, the power of coming together to get things done during a time of need.”

Brisa de Año Ranch, another Pescadero farm, has also been involved in the program. The farm typically credits most of its sales to community-supported agriculture and wholesale accounts for local restaurants, but during the pandemic it has been able to sell produce to this Farm Fresh Food Relief program.

“We send the produce to Pie Ranch. They then pack it and then send it out,” said Cole Mazariegos-Anastassiou, co-owner of Brisa de Año Ranch. Pie Ranch also handles the distribution, sending a lot of produce to families in need within the Coastside community through the Puente organization, Mazariegos-Anastassiou said. Many other families throughout the Bay Area, including in the Santa Clara and San Francisco areas, also benefit from produce box delivery.

“It would be great to have as a more permanent solution in the future,” Mazariegos-Anastassiou said. Colin added that “funding for the original grant will be running out sometime this month.”

The program as it currently operates has limitations. “Guidelines make it so that we can only source our food from farms that are GAP-certified,” Colin said, explaining the acronym stands for “good agricultural practices.” The certification is expensive to apply for, and as a result, Colin said, they haven’t been able to source the produce as locally.

All the produce comes from California farms within a 50- to 100-mile radius.

“A lot of small farms that would be trying to send produce to this program have not been able to access this, which is unfortunate,” Mazariegos-Anastassiou said. Brisa de Año Ranch is GAP certified.

When funding runs out, Colin mentioned that Pie Ranch may decide to opt out of a future iteration of the program, instead proceeding “at our own pace and style.” The farm is currently accepting donations from the community to help continue the program.

“Obviously the crisis has been terrible,” Mazariegos-Anastassiou said. “A lot of crises led to some benefits in terms of community-oriented things. I could see that being a long-term benefit that this has,

in terms of people being more conscious of where they get their food from (and) seeking out small farms more.”