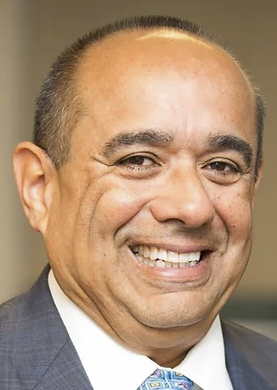 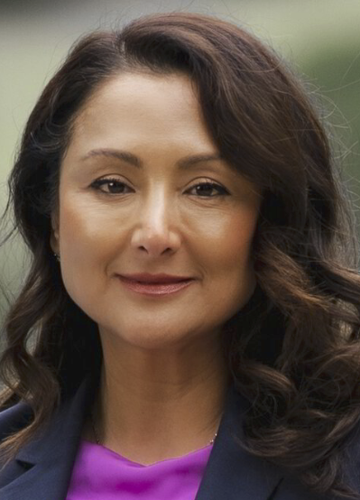 In California, county sheriffs stand in contrast to the heads of law enforcement at the city and state levels who are appointed by mayors and the governor and serve indefinite terms. County sheriff is an elective position.

In San Mateo County, voters choose this June between incumbent Sheriff Carlos Bolanos and Sheriff’s Capt. Christina Corpus, who is chief of police services for the city of Millbrae, which contracts with the Sheriff’s Office for services. Cities such as Pacifica that have their own police department have as much voice in electing the sheriff as do places like Half Moon Bay that rely primarily on the Sheriff’s Office for law enforcement.

So far the race has brought out some negative campaigning and divided local officials as they line up behind their respective choices. Half Moon Bay City Council members Joaquin Jimenez and Harvey Rarback have endorsed Corpus, while four former mayors of the city back Bolanos. Pacifica Councilwoman Sue Vaterlaus supports Bolanos while her colleague Tygarjas Bigstyck backs Corpus.

Cities throughout the county have similar splits among current and former council members. Bolanos boasts the support of four of the five current county supervisors and endorsements from the other elected county officials. Assemblyman Kevin Mullin and Burlingame Councilmember Emily Beach, who are running for Congress against each other, both support Corpus.

Some politicians such as state Sen. Josh Becker have endorsed both candidates and thus avoid taking sides in the divisive contest.

It’s not clear that the ability to garner political support indicates how a candidate will ensure public safety or what the potential consequences of a political battle can be once the winner and loser return to duty following the campaign.

With candidate signs filling storefront windows and seemingly every open space throughout the county, this campaign is likely to heat up over the next six weeks. Expect to be reminded that the FBI questioned Bolanos outside an illegal Las Vegas brothel in 2007 when he was undersheriff, the second in command. He says he didn’t go inside and did nothing wrong.

We probably also haven’t heard the last of a tattoo cover-up, specifically the one on the leg of Corpus’ husband. Corpus says the former deputy she wed didn’t realize Californians take offense at Confederate symbols and her supporters insist that the aesthetic choices of her spouse are irrelevant to the campaign.

Both candidates say that these issues distract from the important challenges facing the Sheriff’s Office today. Questions about judgment nonetheless seem to hang over the discussion.

Another more substantive controversy fills the debate. Until just a few months ago Bolanos honored transfer requests from U.S. Immigration and Customs Enforcement. In 2020 the Sheriff’s Office released 15 immigrants it had detained into ICE custody. Bolanos says he has heard the voice of the community and ended the practice in November.

Corpus says she would take a more compassionate approach, review ICE requests on a case-by-case basis and only turn over individuals who pose an imminent threat to community safety.

Bolanos was appointed sheriff in 2016 when the supervisors tapped him in a 3-2 vote to fill the position vacated by his predecessor before the end of his term. One of the two nay votes, Dave Pine, now supports Bolanos. As interim sheriff Bolanos went on to win election for a full term in 2018.

The current sheriff began his career with the Palo Alto Police Department and rose through the ranks before becoming a police captain in Salinas. In 1994 Redwood City appointed him police chief. He remained there for 13 years before becoming undersheriff of San Mateo County.

Corpus also has an extensive career in law enforcement on her resume. She joined the Sheriff’s Office in 2002 as a correctional officer and then became a deputy. She was promoted to sergeant and served as a supervisor for community policing.

Corpus rose to the rank of lieutenant, became commander of Bayside Patrol and managed several units including community policing and the school resource unit. More recently she became captain and Bolanos appointed her to the Millbrae post last year.

Both candidates highlight that they are children of immigrants from Nicaragua (one of Corpus’ parents is from Mexico) and that they grew up in the Bay Area.

In addition to similar backgrounds, the candidates share a number of priorities. Bolanos says he wants to build strong community relationships and reduce recidivism by providing prison inmates with the resources they need to succeed when they complete their sentences.

He also supports expanded use of new technologies such as body cameras and drones for search and rescue. He says he supports increased transparency and accountability and the well-being of his officers.

Corpus identifies three principles that would guide her if elected: transparency, integrity and community engagement. She argues that transparency builds trust with the community, so she supports programs such as “coffee with the captain” and “shop with a cop” and plans on forming community advisory boards.

positions. Bolanos says the tremendous stress on officers through the pandemic, civil unrest and unprecedented wildfires led to burnout and created challenges for recruitment. He has encouraged the supervisors to support hiring incentives.

Corpus says the shortage didn’t develop overnight and cites the need for increasing recruitment and support for women and people of color who might become law enforcement officers by providing mentorship, additional training and opening up opportunities for advancement to leadership roles.

The fate of the Boys and Girls Clubs in Pacifica, which could close as a consequence of a me…

Pete Collom isn’t new to the coast. For years his paintings, dreamy and bright oil depiction…

In California, county sheriffs stand in contrast to the heads of law enforcement at the city…