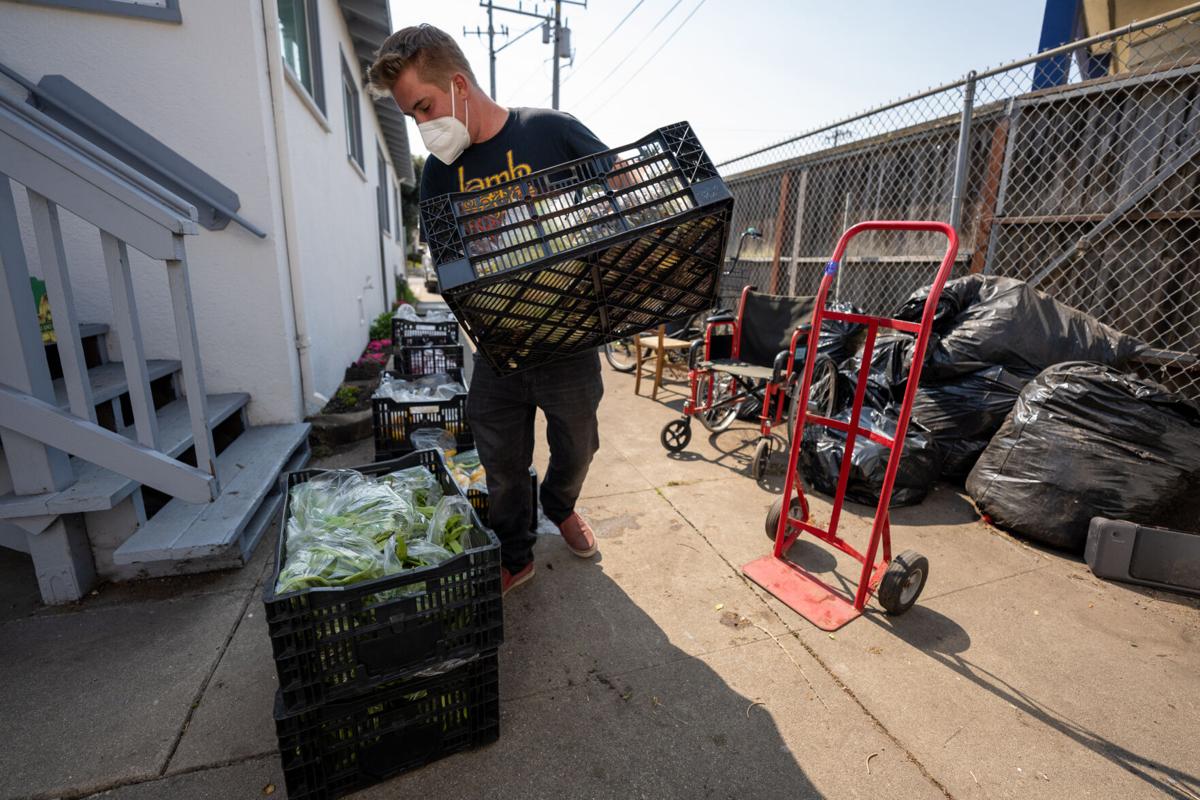 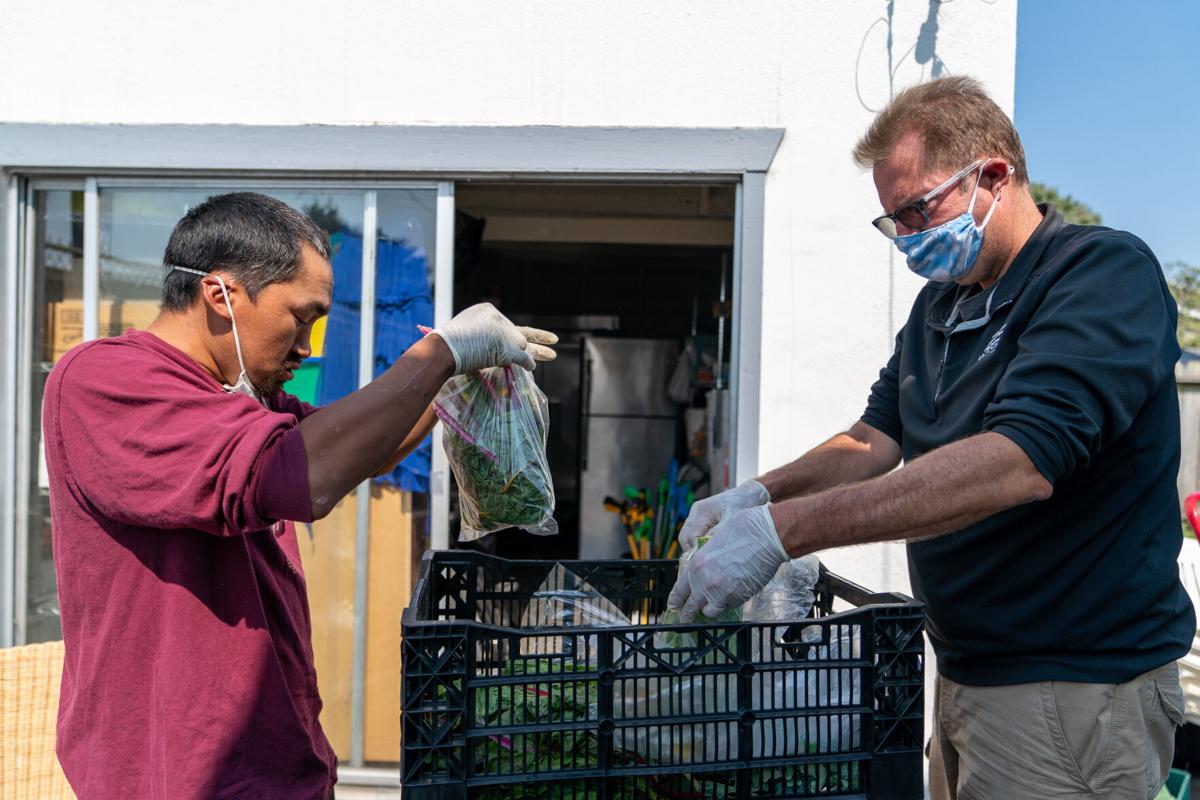 For years, the people who run Abundant Grace Coastside Worker harbored dreams of a physical space. The hope was to design a center that would have all the services someone needed to get back on their feet and successfully get — and retain — a job.

That dream for a workforce development center started to feel real in January, when the nonprofit finalized the purchase of the building at 515 Kelly Ave. in a building that used to be the Senior Coastsiders Thrift Store.

Since then, the space has begun to serve some of the functions identified long ago but which were delayed without a physical building to anchor the organization. And recently, on Sept. 17, Abundant Grace secured the permits needed to begin renovations that will allow the center to offer the additional basic amenities that it originally envisioned. There will soon be a place to shower, store valuables, do laundry and receive mail.

“It’s a small house, but it’s perfect for the number of people that we serve,” said

Eric DeBode, executive director of Abundant Grace. “We could do the things that people have been asking for for years.”

Already having the physical space has addressed several needs the nonprofit couldn’t when it operated out of a van, as it once did. This year, people have been able to reliably receive their health insurance cards from San Mateo County. Three people opened bank accounts this year.

The renovations will address the needs that had yet to be fulfilled. Two showers will replace the outdoor shower tent in the backyard. Two sets of washers and dryers will be installed. Two bathrooms will replace the one that currently serves the dozen or so people who come through the center every day. And a space outside will be covered as a comfortable meeting place for participants in the job readiness program — the organization’s main service.

Every day, more than a dozen people convene in the mornings before heading to one of two work options: helping at the Potrero Nuevo Farm or cleaning up the Coastal Trail. Each participant in these job-readiness programs receives a $50 stipend for every three hours of work done. About 70 people participate in the program every year.

On a recent afternoon, Ethan, 30, returned from cleaning the Coastal Trail. Back at the Abundant Grace building, he helped bag freshly harvested produce that the farm work team harvested earlier in the day. Ethan asked that his last name not be used.

Ethan said the job-readiness program stipend helps supplement money he earns from short-term jobs. Altogether, he has been able to pay rent at a place he recently found with his girlfriend, after months of living out of his car. Trained in the culinary arts, he is actively looking for a job in his field with the help of Abundant Grace staff.

Plans for renovation were put off for the first few months of the pandemic. The permit application process was slowed and DeBode and his staff were busy helping run the Coastside Crisis Fund, a local fund formed in response to the sudden need for cash relief DeBode helped start.

Since announcing the end of the Coastside Crisis Fund in an Aug. 30 newsletter, DeBode has been able to focus his attention on the center and its upcoming renovations.

One sustaining issue since the start of the pandemic that Abundant Grace has continued to address is hunger, which has been on the rise. Every day, volunteers drop off about 20 sandwiches, along with snack foods and drinks, which staff then distributes throughout the day as people poke their heads in, in need of a meal.

Jamie Laguda Harris, who has been participating in the job-readiness program for the last several months, said she has come to rely on the center for her food, especially after the county discontinued her CalFresh benefits.

Harris had been driving south from San Francisco when her car broke down right across the street from Abundant Grace just days after the center opened its doors.

“There’s not a whole lot of us here in Half Moon Bay. We help each other out, we share each other’s experiences being unemployed …” she said. “The center has been a tremendous help for us.” r

" ...Abundant Grace secured the permits needed to begin renovations that will allow the center to offer the additional basic amenities that it originally envisioned. There will soon be a place to shower, store valuables, do laundry and receive mail..."

In other words: Build it, and they [the homeless] will come. But has "Abundant Grace" ever done any Environmental Impact Report on all this development? Of course not. Just having the nice sounding name "Abundant Grace" seems to suffice. In the meantime we have people camping and pooping next to Pilarcitos Creek under Highway 1. Nice job city leaders.

"... Every day, more than a dozen people convene in the mornings before heading to one of two work options: helping at the Potrero Nuevo Farm or cleaning up the Coastal Trail. Each participant in these job-readiness programs receives a $50 stipend for every three hours of work done..."

Ladies and Gentlemen, these homeless people are being paid $16.67 per hour (=$50/3). That is more than most workers make at local restaurants. HMB city leaders' new recipe for attracting more homeless people: Pay them a higher hourly wage than people who are not homeless.