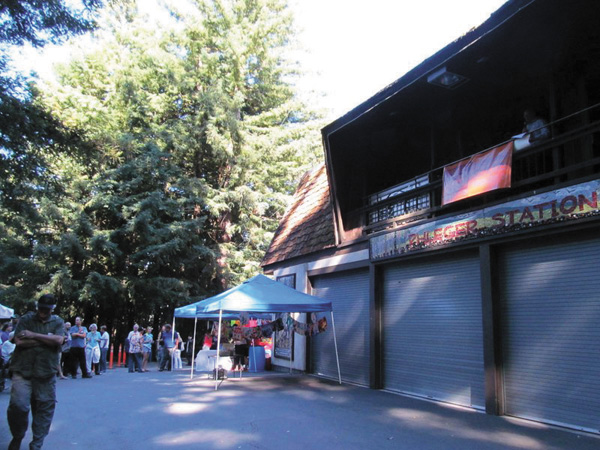 About 300 Kings Mountain residents and art fair fans gathered in the Santa Cruz Mountains on Saturday to kick off the drive toward this year’s 50th anniversary of the legendary summer art fair. 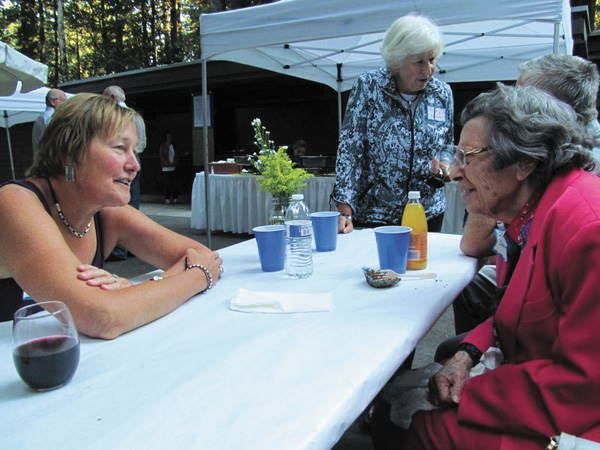 About 300 Kings Mountain residents and art fair fans gathered in the Santa Cruz Mountains on Saturday to kick off the drive toward this year’s 50th anniversary of the legendary summer art fair.

About 300 Kings Mountain residents of all ages thronged to the mountain enclave’s community center for a traditional summer party on Saturday.

But the party was about more than lunch: It kicked off this year’s 50th anniversary of the annual Kings Mountain Art Fair.

The party saluted the highly anticipated event with barbecue, cupcakes decorated with the number 50 and an outpouring of the kind of spirit that defines the fair.

“It’s so amazing that we’ve done this for 50 years with all volunteers,” said Dawn Neisser, fair executive director. Referring to one of its founders, she added, “I don’t think Jean Cole ever thought it would last 50 years. I didn’t imagine it would.”

It has been a half-century since the Pine Needles, a ladies group, held a sale of its knitted and crocheted quilts, ornaments and baby clothes to raise funds toward fire protection on the mountain, where a devastating fire had recently raged. For its first two years the fair was held in a barn. The community center was built in the 1960s.

From the early 1970s on, the fair, one of the most respected art fairs on the West Coast, has transformed the community center and surrounding redwood forest into a living art gallery that supports fire protection and the local elementary school.

In 2004, the fair started a preservation foundation that made gifts that drew gasps at the party. There were cardboard representations of the $400,000 check, which the volunteer brigade will use to set up an endowment, and a $100,000 check to Kings Mountain Associated Parents to benefit the elementary school.

“It seemed fitting to establish an endowment in that same spirit” as the Phleger family, said Neisser.

Why has this lasted so long? “It has a lot do to with the setting,” Neisser said.

“(It) improves with age,” said Zanette Cornman, 99. “We’ve managed to keep it looking like this and feeling like this.”