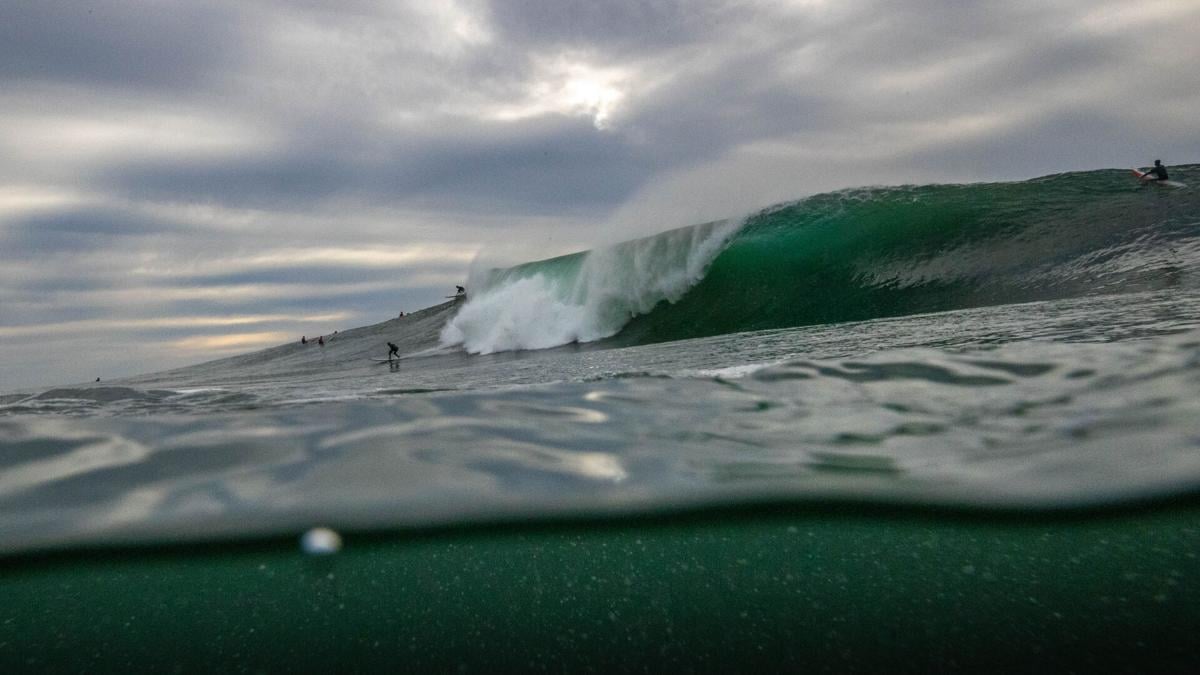 There are many surf photographers, but few take their photos while treading water at big-wave spots like Mavericks. Coastside photographer David Grant uses special equipment for an unusually close view of the waves and surfers. Photo courtesy David Grant. 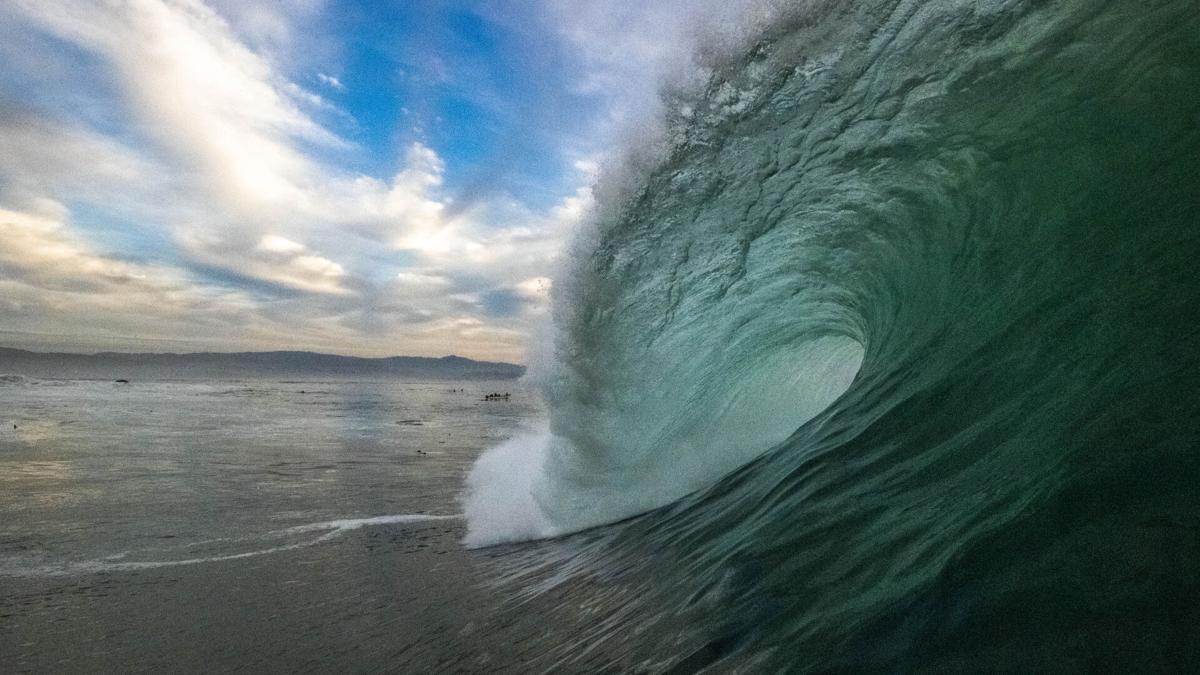 Inside the barrel at Mavericks. Photo courtesy David Grant

On Dec. 3, the first large winter swell of the season brought 20-foot waves to Mavericks, where a crowd of surfers eagerly awaited their turn on massive waves. Few opted for the left-hand side of the wave, which is difficult because of the wave’s steep angle and speed. But that is where you would have found David Grant, who, armed with just fins, a wetsuit and a digital camera encased in a water-tight housing, swam for more than three hours in glassy 20-foot surf.

Grant, a 23-year-old Moss Beach resident, has been surfing around the Coastside for 10 years. He says he loved photography before he started surfing, but he began taking both more seriously a decade ago. After hurting his back in high school and being unable to surf, Grant craved water time. He could still swim, so he stuck his camera in a water housing, put on fins and swam out to document sessions from the water.

These days, he is actively looking for clean days at Half Moon Bay and Ocean Beach, swimming with his Canon encased in a hefty water housing. He posts many of his images on his Instagram, @davidgrantphotography.

Mavericks, one of the most famous and powerful waves in the world, has long held an allure for Grant. From a photography standpoint, he saw uncharted territory. Photographers and surfers have documented it for decades from all angles, using Jet Skis, drones, even helicopters. But few, if any, have swum with a camera through the wave itself.

The current and sheer magnitude of the wave makes the endeavor unappealing for all but a very few. But the prospect of being in the wave’s energy and getting a shot of the tube from so close lingered in Grant’s mind for years.

Grant arrived that day on a Jet Ski with Tim West Jr., an El Granada resident who’s got 20 years of experience at Mavericks. West, who owns and teaches surf lessons through the Mavericks Experience, knew of Grant’s passion for photography and wanted to help.

“I just shadowed him on my ski and made sure he was safe, but there was really no worries,” West said. “He’s on point with his ability and he got some amazing photos.”

West says the first, and likely only, person ever before to shoot from the water was Mike Peralta, who documented Mark Foo’s final wave before his death at Mavericks on Dec. 23, 1994. Grant has been to Mavericks numerous times before and is a fit swimmer. He’s also a commercial fisherman and understands the nuances of the ocean. Still, he admits there were some nerves getting off the ski.

He wanted to base his position on the lineup of surfers and personal watercraft, but didn’t want to put all his faith in their positioning in case they misjudged a set of larger waves.

“As soon as I jumped in the water, I felt more at ease,” Grant recalled. “But the reality that I was at Mavericks didn’t quite kick in until the first set came.”

Timing and positioning are crucial at Mavericks. For Grant, the same principles applied. He had to actively swim against the persistent current to avoid the impact zone. For a little while, Grant had company. Sachi Cunningham, a filmmaker known for swimming out in massive surf at Ocean Beach, was also shooting that day.

“She just kills it out there,” Grant said. “There aren’t many photographers who can go out there consistently and get good photos.”

Grant’s philosophy on photography revolves around a connection to his subjects. He believes the relationships he forms with people, whether they’re surfing, diving, skateboarding or hunting, translates to a quality experience and better final product. After the session is over, the photos kindle memories he can share. Linking up with local surfers Luca Padua and Hunter Murison was a special occasion.

“When I saw Luca and Hunter going, it reminded me of all those days at the beach shooting,” Grant said. “I wanted to put myself in that position for them,” he said.