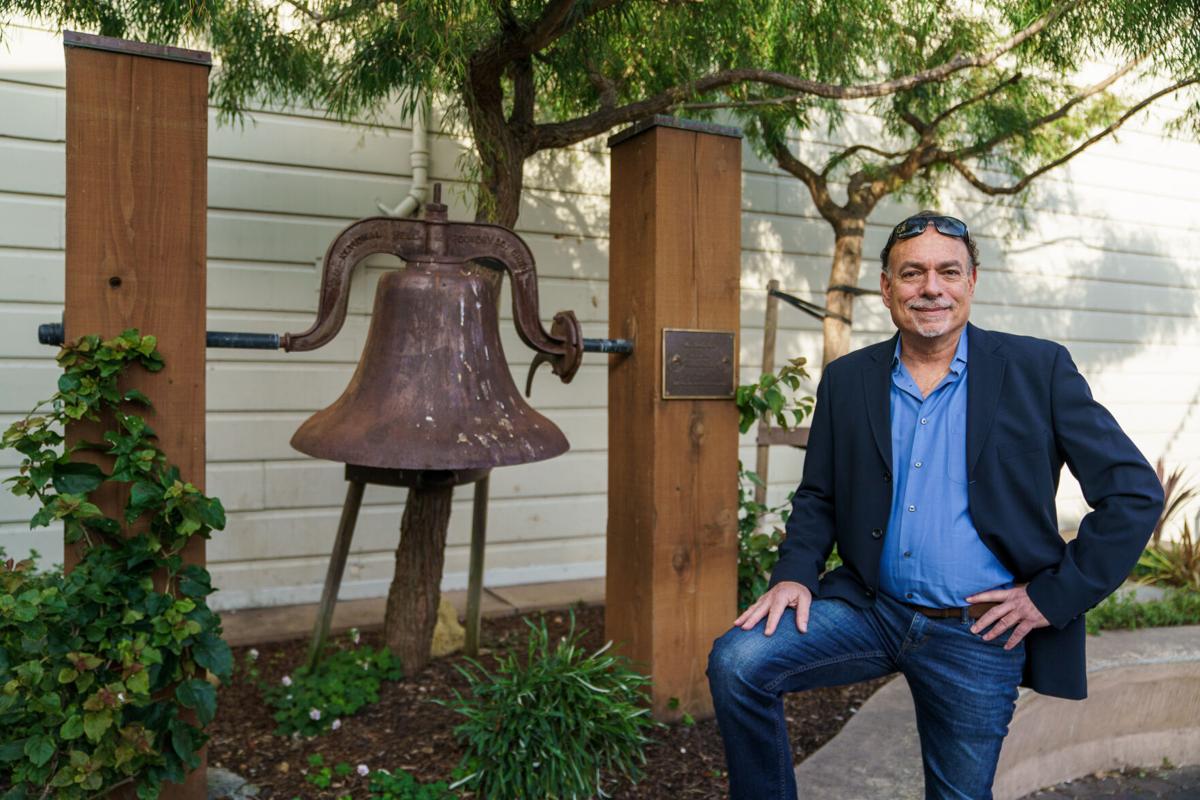 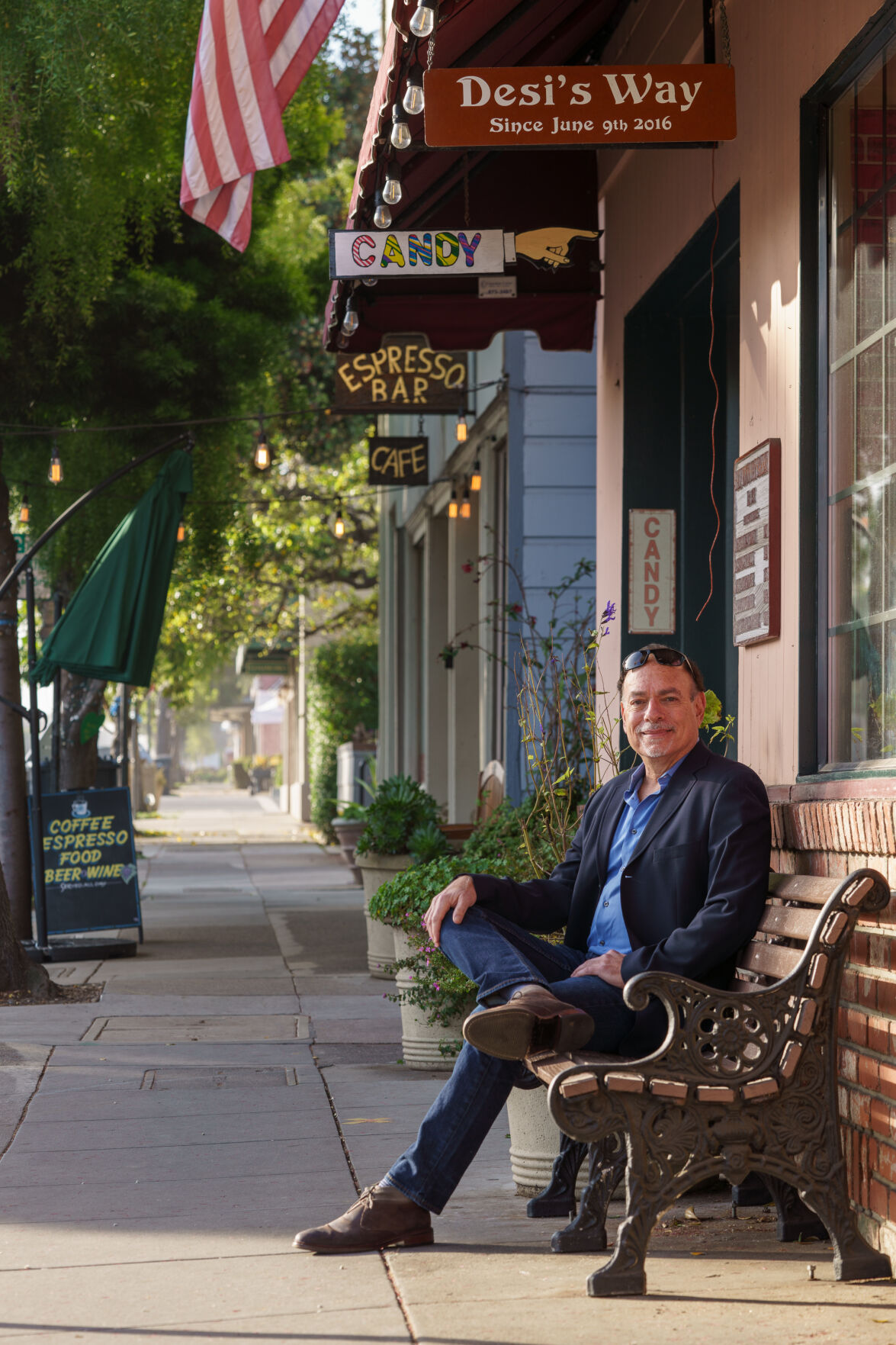 Robert Brownstone was elected to the Half Moon Bay City Council in 2018 and this year will serve as the city’s new mayor. It’s the culmination of an ascendence that began with participation in the city’s four-week Network, Engage and Transform program that introduced citizens to the inner workings of local government.

“It was fantastic. I just soaked it up,” he said.

We asked him about his fascination with local government in the years since moving to Half Moon Bay to be with family and for his plans to move the city forward in this extraordinary year. This interview with staff writer Vanessa Ochavillo has been edited for length and clarity.

What are the top projects you envision tackling as mayor this year?

“COVID is No. 1, because it's all part of protecting the health and safety of the community and our financial foundation.

“Second, economic recovery and rejuvenation. In the past, we've always talked about, ‘How do we rejuvenate our downtown, make it more attractive to help businesses?’ That challenge is different now. Now we call it economic recovery. We don't just have to spruce up downtown and paint a few walls and attract a few more businesses; we first have to recover from this devastating downturn. Starting this week, we're working on our Economic Recovery Task Force.

“Third, affordable housing. I think we're trying to reimagine that a little bit. God knows we have a need here for workforce housing. So, we're trying to think out of the box. How can we get different kinds of funding to build this housing?

“Finally, public safety. That includes two major areas: one is emergency planning and the other involves policing. We will continue with our Public Safety Subcommittee. The most important thing is to figure out what exactly those issues are before we jump to the right solutions. Better community outreach, perhaps? Do we need better training? How do we get the sheriff enough support on how to de-escalate a situation?”

Last year wrapped up with the creation of the county’s new shelter program at the Coastside Inn. How do you plan to protect vulnerable populations and at the same time feel like you're bringing along the rest of the city?

“I don't think anyone would disagree that this didn't evolve in the best way possible. And the county was the first to admit it. So how can we work with the county to make sure this thing works for them and us? To me, it feels like an opportunity for Half Moon Bay to be a terrific case study about how a small town can handle homeless issues within its own borders without jeopardizing safety of the community.

“I think the most powerful thought that kept me going, kept me up at night, was — and I am convinced — we are saving lives with this facility.”

It seems like saving lives is really where every leader’s mind is these days. So what are your priorities as far as the pandemic is concerned to make sure we get through what might be another year of it?

What would you say is the biggest influence on the way you lead?

“When I was back working in government, I started out with the Department of Labor. We had these huge manuals on how to do our compliance reviews. You can imagine a huge binder with all these guidelines all written by lawyers where each sentence goes on for 20 lines.

“Sometimes there's a way a leader or a manager can make you feel small. And I heard a lot of managers say, ‘You should know how to do this already. Didn't you ask me that same thing last week?’

“There was this one particular guy; he was a natural leader. He would say, ‘Yeah, you know what? You're right. That part of the manual could be very ambiguous. Why don't we sit down and take a look at it together and try and figure it out?’ I could just see people's body language: their shoulders would relax and their ears would open up. And they were very willing to receive his suggestions.”

What do you think the mayor's role is in leading the city? And what do you hope to bring to the position?

“I think the difference for the mayor is to model all those leadership behaviors that I mentioned. I think the mayor has to listen even more, because following proper protocols, we’re the last one to give our input. As a mayor, it's my role to synthesize all the information in the room and listen really carefully. What are the common themes that people are bringing up?

"That's a role I've learned over the years as important. And in order to do that, I had to really shut down that extrovert New Yorker in me that wants to talk, and realize I offer a lot more value by listening.”

In a very, very short time 2,200 citizens signed a petition against putting a homeless shelter specifically intended to house drug addicts and mentally ill people mere feet from two upscale residential neighborhoods, one block from an elementary school, two blocks from a middle school and a boys and girls club, and three blocks from the upscale commercial district of a town totally dependent on tourism. Not only did Brownstone not listen to his constituents then, he actually supported the project. Within days, two dozen people who worked at the former hotel (predominantly low-paid working mothers from our Hispanic population) had lost their jobs right before Christmas, and a number of people already housed in homeless shelters over the hill were imported here, thus increasing the homeless population of Half Moon Bay. Not to mention the loss of property tax and sales tax revenue from the thousands of paying tourists who stayed at that hotel each year and patronized our struggling local restaurants and businesses before it was converted to a homeless shelter--revenue that will also decrease funding for our schools and other public purposes just when the City's coffers are reeling during a pandemic. If Brownstone didn't listen to his constituents then, why would he start listening to them now--when he know he has zero chance of ever being re-elected or having any political future in any other position? #RecallBrownstone.

Brownstone, like the rest of us, had no choice. The county loves to spend OPM and reward connected individuals.

Yep. There it is. Can't have that. Undesirables should be segregated to downscale neighborhoods where less desirable people live.

You all are aware that the people who will be served by the hotel already live here, right?

Wrong, John. In order to meet the December 30 deadline to spend OPM, they brought in folks from other homeless hotels over the hill. And that's just the beginning. Pacifica, which has more than twice the homeless population of HMB, and which fought successfully against similar plans, is part of the "Coastside" for purposes of eligibility for our homeless shelter, so we will be getting their homeless as well. Add to that any of the people who lost their jobs right before Christmas because of this project who might become homeless, and the homeless people from other towns who will be attracted by it (as happens elsewhere) and you will see HMB's homeless population soar. Also, at least one other town in Marin threatened to sue their county over an identical project and got it to back down. Our elected officials didn't even try to advocate for their constituents--all five council members supported the county's rush to spend OPM here in downtown HMB. Oh, and that was actually OUR tax money, funneled through D.C. and Newsome.

#1 – COVID. There were choices to be made along the course of the “pandemic” here on the Coastside. From an April 22, 2020 article, I note that you were willing to support $1,000 fines for errant beach-goers. Other than that, I see you going-along-to-get-along with every mandate issued by the County and the State. I concluded therefore, that you consider COVID policy beyond your purview. You had the chance to stand up for local citizens and businesses by pushing for a more rational approach to the response. Nothing. So, no need to list this as one of your priorities.

#2 – The Economy. The local economy is a topic to be discussed with the Chamber of Commerce. It will be left to them – people with some experience in promotion – to put forward initiatives to revive (if possible) the local business community. The damage that has been done has been substantial. It will take beyond your tenure for signs of improvement. The damage that has been done is a result of flawed State and County policies...to which you did not object...so no matter how many times you wash your hands, the stain will not be removed. You own your part of this.

#3 – Affordable Housing. Ask the finance department how much the City has saved towards creating affordable housing. Perhaps you already know having sat through previous discussions. It is not enough. As Mayor, you might seek grant funds which would allow you to build a low-income project...which, under ideal conditions, might run you $35M. Look at the gap between your balance and this figure. A challenge indeed. And in case you had not noticed, society has spent itself blind, deaf and lame fighting a seasonal virus...and that leaves what for housing projects? Tears should come to your eyes. But who knows...maybe you have rabbits in your hat.

#4 – Public Safety. This social bubblegum just keeps chewing and chewing. The sheriff and his officers have done very well by our community and deserve our continued support. For those with concerns, see “The Celestial Restaurant” in one of my replies earlier in last year.

In conclusion: Keep the pot holes filled, the garbage collected, the streets swept, the City parks open and try not to go rogue with any new social justice initiatives.

Aside: It is also time to remove that stain from the side wall of our public building.

Clean up the homeless encampment from Safeway to Hwy.1 underpass. For years HMB has not delivered yet making the place a trick-or-treat trail after an initial raid.

Ban leaf blowers like many of the cities have done in the Bay Area. It's a 7 days a week noise and air pollution. Local residents can use a little sweeping to work around home for a change.

Thanks for listening, mayor.