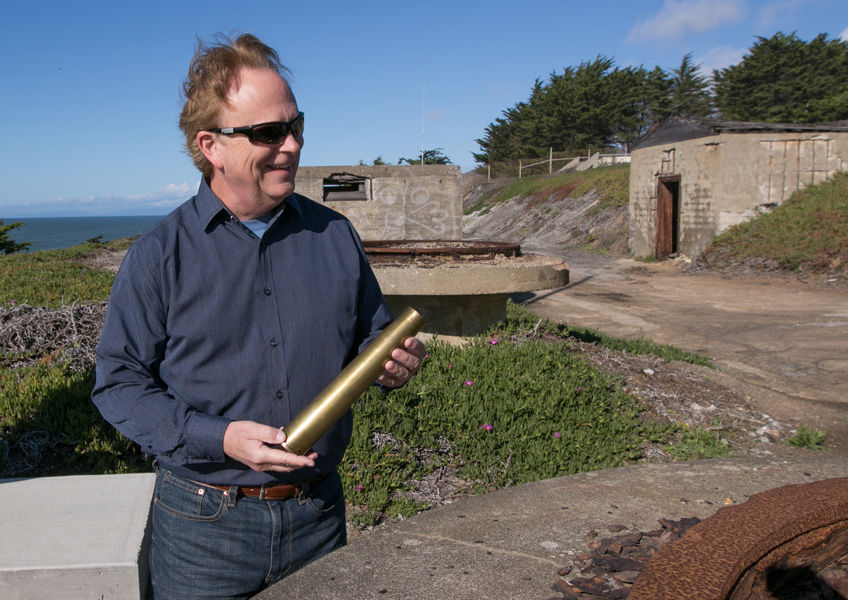 James “JQ” Oeswein holds one of the 40mm rounds that was used at the Point Montara Anti-Aircraft Training Center. John Green / Review 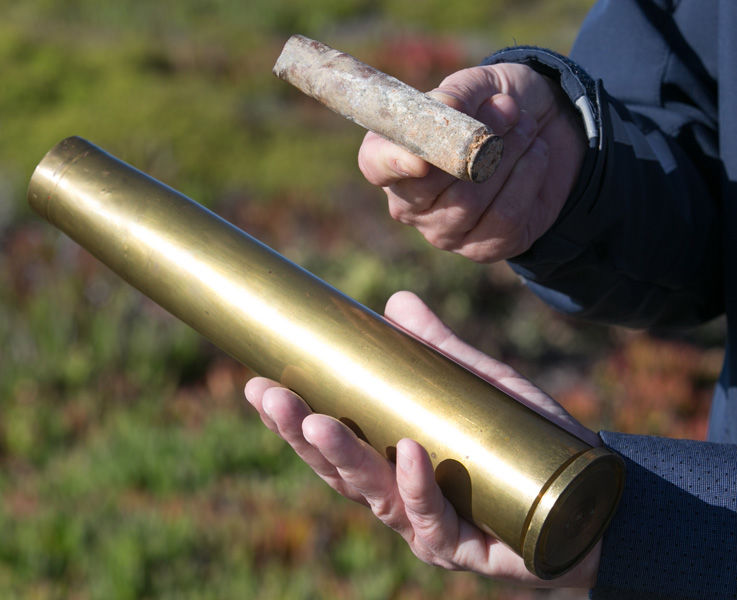 A 40mm and 20mm shell that were used at Anti Aircraft Training Center in Montara during World War II. John Green / Review

James “JQ” Oeswein holds one of the 40mm rounds that was used at the Point Montara Anti-Aircraft Training Center. John Green / Review

A 40mm and 20mm shell that were used at Anti Aircraft Training Center in Montara during World War II. John Green / Review

All that remains today of the Coastside’s secret military past are a few buildings and scattered foundations nearly consumed by the coastal grasses. But seven decades ago, with the nation gripped by a world war, Montara’s bluffs pulsed with activity, as thousands of sailors and merchant marines trained at a military base equipped with secret, state-of-the-art technology and a few brave souls who helped to make the training possible.

One Coastside resident is determined to make sure that the memory of its past does not disappear with the structures. Moss Beach resident J.Q. Oeswein has been researching and mapping the U.S. Navy’s Point Montara Anti-aircraft Training Center, which from 1942 to 1945 was located near the current Montara Water and Sanitary District’s headquarters. Last week, he presented some of his findings at the Half Moon Bay History Association’s meeting.

The training center at Point Montara was far from the only military base on the Coastside. The well-known Devil’s Slide military bunker, an Army outpost along Pillar Point Bluff, and an airstrip that is now the Half Moon Bay Airport were among many of the fortifications the military built up to prepare for possible enemy attacks from the west.

Point Montara was shrouded in secrecy. The facility was classified as top secret by the military, Oeswein said, and wasn’t fully declassified until 1959 — long after the war had been won and many of the structures were already gone.

The secrecy was necessary to protect the state-of-the-art anti-aircraft weaponry used at the site. There were 44 gun mounts of various types, including a row or “Kamikaze killers,” 20 mm Oerlkion cannons, 40 mm Bofors guns, and the pièce de résistance — the variable time or VT fuse, which allowed munitions to explode at exactly the right time.

Earlier fused munitions either exploded only on contact or at a fixed time after firing. With the VT fuse, Allied forces could shoot down enemy planes with far deadlier accuracy.

“They were probably the most important anti-aircraft development of the war,” said Oeswein. “Their secrecy was guarded to a similar level as the atomic bomb or the D-Day invasion.”

By the end of the war, the U.S. Army and Navy had spent more than $1 billion on the fuses. But their efforts and secrecy paid off — the Germans and Japanese forces continued to use the less-accurate contact and fixed-time fuses.

But all that machinery was useless unless sailors were trained to utilize it accurately, which meant lots of target practice. Who would be daring enough to fly a plane towing a target for anti-aircraft artillery practice?

The answer: A few brave women. Point Montara also employed Women Airforce Service Pilots, civilian female pilots who flew military aircraft in support and training roles. Around 1,000 WASPs earned their wings and were stationed at 122 air bases across the United States. The women did the same work as male military pilots, Oeswein said, although he said they had safer flying records and performed aircraft deliveries faster than the men did.

They also endured a fair share of close calls, whether due to the trainees’ poor aim or misconduct.

“Towing targets behind the planes is very dangerous,” said Oeswein. “A few of the men fired at the planes out of boredom or mischief.” One WASP recounted getting angry at being fired upon, and then buzzing the Point Montara gunnery crew in retaliation.

Despite such dangers, there are no official records of WASP planes being shot down at Point Montara, Oeswein said. Whether the records are accurate or whether WASP training deaths simply went undocumented still remains a secret hidden in Point Montara’s past, for now.