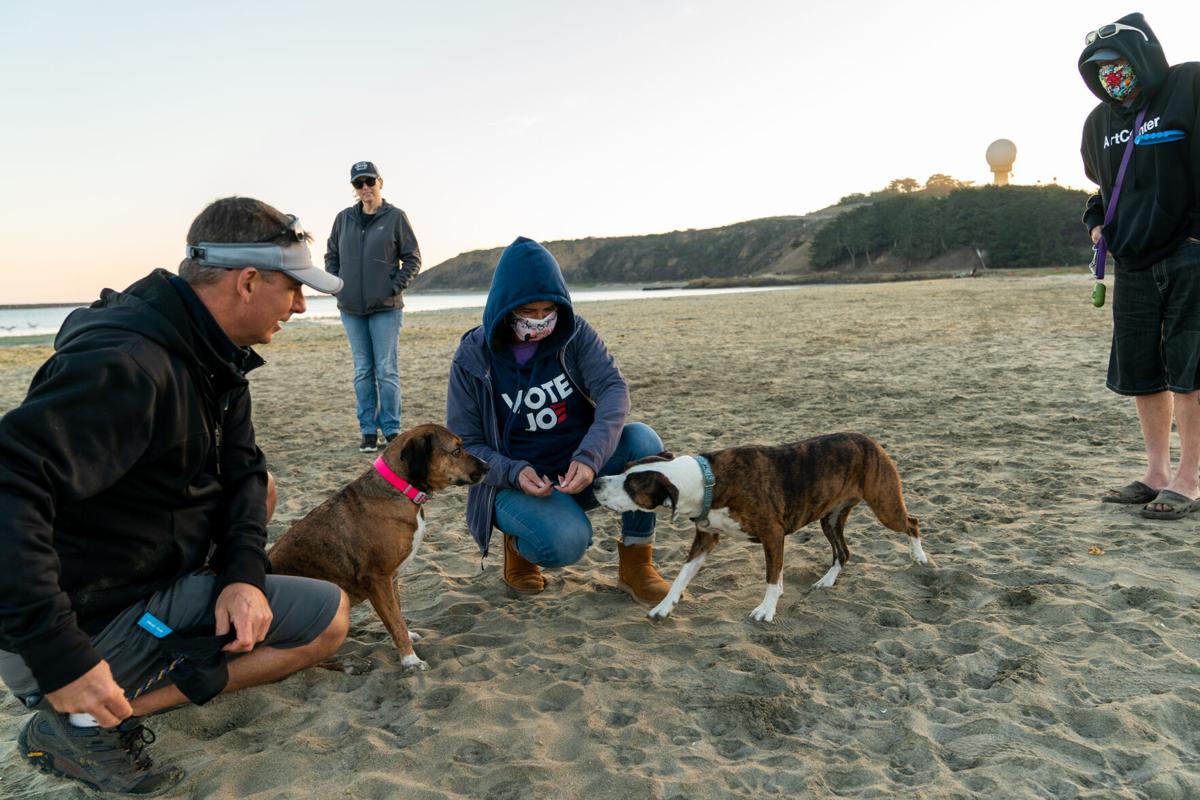 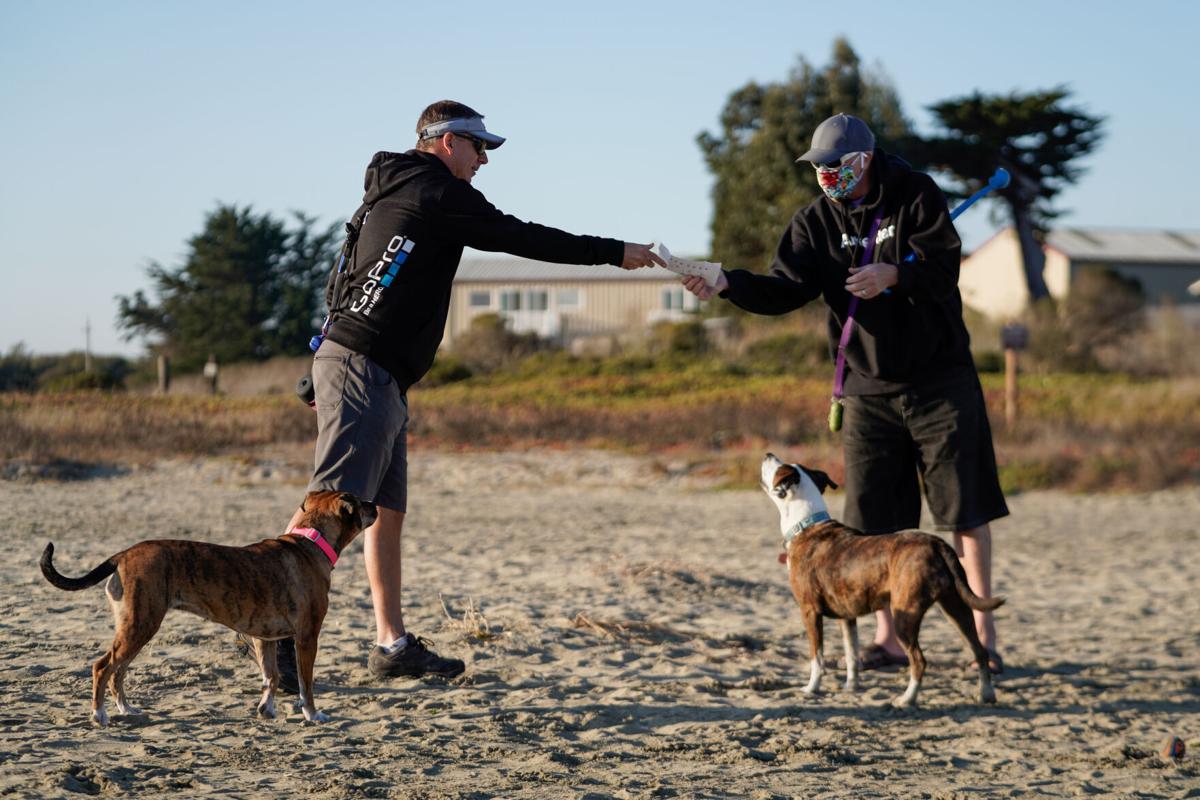 Don Kadish and his dog Gabby, left, gives Doug Nolan and his dog Lucy, right, a DNA test that Don had done for Gabby showing what breeds make up Lucy in Princeton on Friday, Oct. 30, 2020. Adam Pardee / Review

In September, Review photographer Adam Pardee came upon El Granada resident Nina Greeley and her rescue dog, Lucy. Pardee — himself a dog lover — enjoyed talking with Greeley and Lucy, and he highlighted them in the Dog of the Month feature in Coastside magazine.

For Pardee, usually that’s the end of such encounters. Not this time.

A few weeks later, after

the magazine appeared, Pardee received an email through his personal website from a man named Don Kadish.

“My name is Don from Santa Clara,” it started, “... a friend of mine sent me a picture of a dog named Lucy ... I believe I adopted Lucy’s sister, Gabby.”

Pardee describes it as a surreal moment. Kadish sent along a short description of how Gabby was adopted from Copper’s Dream Rescue in Sunnyvale with a photo for comparison. He forwarded the email to Greeley and she quickly replied, “Oh, my god, yes, that is Lucy’s sister.”

After a series of emails discussing how they each adopted Gabby and Lucy from Copper’s Dream, a date was set to meet. Pardee was there — at the same beach in Princeton — when Greeley, her partner, Doug, and Lucy met Kadish, his wife, Karen, and Gabby.

The dogs greeted each other, sniffed around and combed the beach with their owners. They played fetch separately while the owners talked.

Kadish asked if his new friends knew the breeds that made up Lucy’s DNA. No, they said, but they said they always wanted to run a test.

That’s when Kadish presented Greeley with a copy of Gabby’s DNA test that showed the breeding of both dogs. They are a mix of Staffordshire terrier and various shepherds.

After a long discussion of each dog’s similar habits, routines, mannerisms and rounds of fetch, the sisters and their owners said goodbye.

It may be the first time a Dog of the Month column ended in a reunion and a happy meeting of dog-lovers.