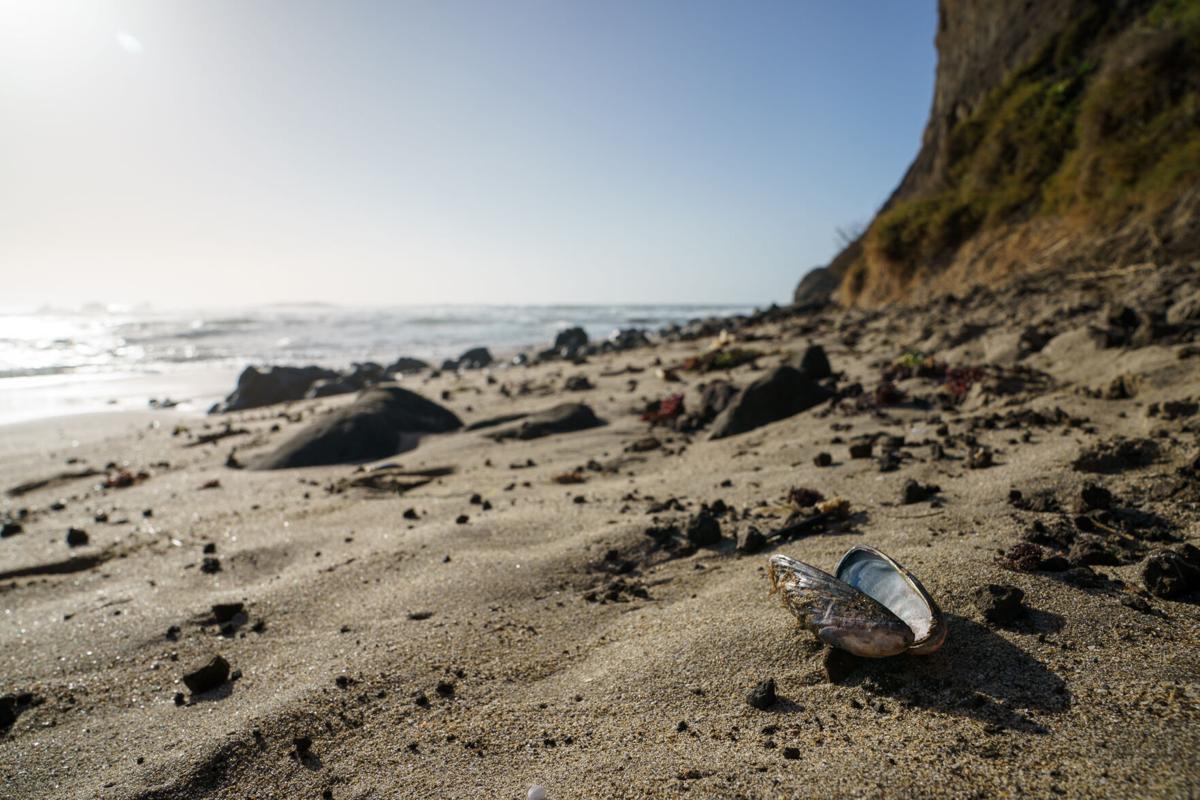 The shoreline of Mavericks leads to the Pillar Point reef in Princeton on Monday, Jan. 4, 2021. Adam Pardee / Review 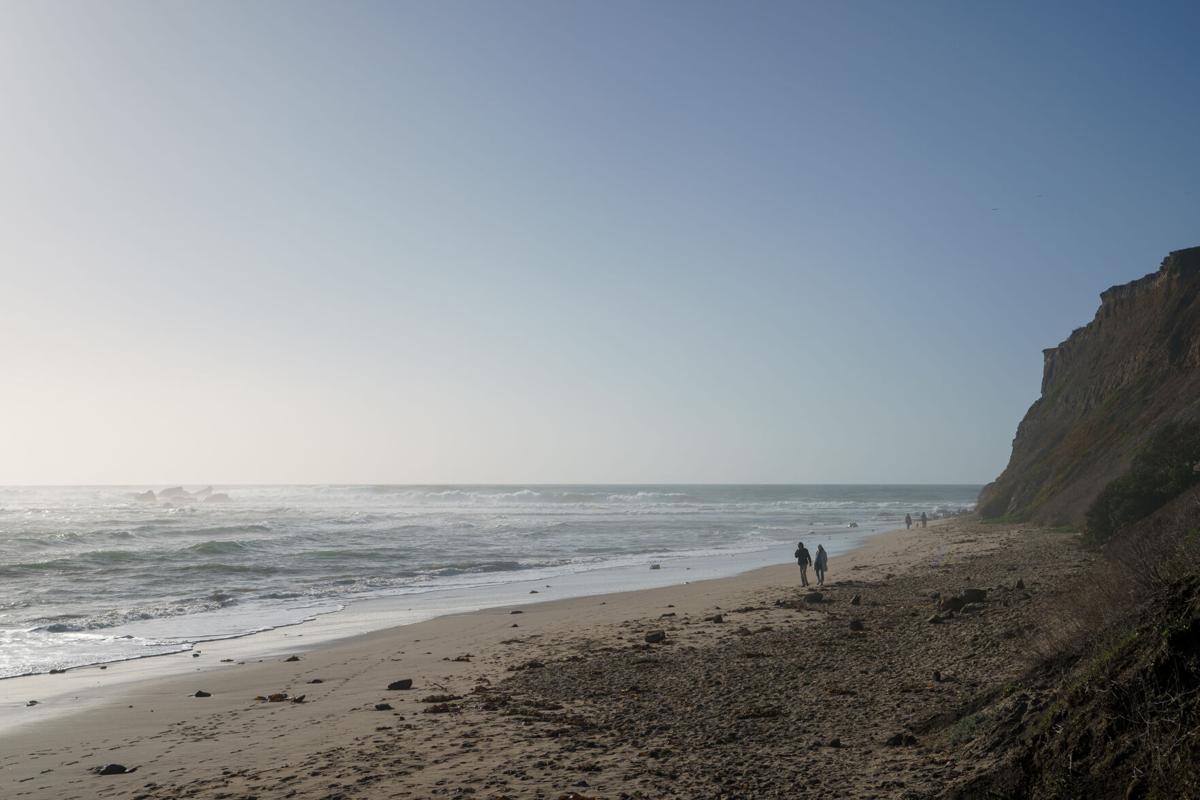 People walk along the shoreline of Mavericks which leads to the Pillar Point reef in Princeton on Monday, Jan. 4, 2021. Adam Pardee / Review

At low tide, the seaward area just off of Pillar Point teems with life — or at least it did. Sea urchins, snails and mussels once pockmarked the intertidal landscape. But in the last few months, some Coastsiders say, these species suffered overharvesting as more people went out for recreation and many took what they shouldn’t.

Now, a group of concerned citizens and environmentalists fears that the marine creatures are becoming scarce.

Among the first to sound the alarm to county and state agencies was Keith Mangold. A longtime Coastside resident, he’s been walking the area off of Pillar Point near Mavericks Beach since 1983.

“It’s one of my favorite places,” he said. “It probably has more diversity than any other area in the immediate Coastside.”

Mangold said people lugging shovels and pails have always come when the ocean receded far enough to expose the various marine creatures in the sand. But one day early in the pandemic, he estimated he saw as many as 10 times the number of people scavenging than he was used to seeing.

The sudden increase in the number of people harvesting off of Pillar Point has created a couple of problems. First, even with state-set limits for individual scavengers, the sheer volume of harvesting could threaten marine life populations. Second, there appears to be more encroachment into a neighboring area where absolutely no take is permissible.

This latter issue is exacerbated by the fact that the intertidal zone spans two areas — the south side where taking is allowed and the north side where any taking is illegal. The difference can be hard to discern from signage.

In the area where harvesting is allowed, there are limits. For example, each person is allowed to take no more than 30 turban snails. But from what Mangold and some other observers have seen, many people seem to be taking more. This resembles reports of poaching elsewhere in the state, from Bolinas to the tidepools in San Pedro.

Around Ross’ Cove, lies a divide that marks the beginning of the Montara State Marine Reserve, a 3.1-mile stretch of sand and water where strict rules apply — absolutely no taking is allowed. Marine reserves are zones created to protect and conserve marine life and habitats throughout the state.

Just south of that invisible line rests a stretch of 0.3 miles called the Pillar Point State Marine Conservation Area, with a separate set of rules and governed by a completely different jurisdiction.

These designations were created by the California Department of Fish and Wildlife, but local enforcement in the northern reserve is handled by the San Mateo County park rangers, while the southern conservation area is policed by state wardens.

The only way to know if you’ve crossed over is a sign that rests on land that lists the coordinates of the state reserve’s boundaries. “But that’s not of any value to any of the people out there. They won’t see it in the first place, and if they did see it, they probably still wouldn't understand it.”

When the marine reserve was established in 2010, Mangold took it upon himself to let recreational visitors know the rules.

“Many would say thank you and leave,” he said.

The droves of people seen this last year made it impossible for him to do that kind of personal outreach, so he and a few others hatched a plan.

Mangold used a piece of plywood and pasted on it a piece of paper with a big red “Stop” with a line through a graphic of marine creatures. Among those who helped was Kris Lannin Liang, a local resident who volunteers as a docent at Año Nuevo State Park and the Fitzgerald Marine Reserve.

The group rested the sign against a jutting rock that marks the only entrance from the Pillar Point conservation area into the state reserve.

“It’s the jankiest thing you’ve ever seen,” Lannin Liang said, with a laugh. “But it was effective.”

Then the group returned for three more days.

“We were successful. We did a lot of interpretation, we met a lot of great people, and we think we did a good job protecting the state conservation area — for those four days,” said Lannin Liang. “But who knows what's going to happen next?”

With so much taken, the situation seems dire to Tom Ciotti, vice president of the Friends of Fitzgerald Marine Reserve, a volunteer group that runs an education program in the northern end of the state reserve.

Ciotti said the area of the state reserve that falls within his group’s bounds have been well protected, in large part due to a decades-long docent program staffed by more than a hundred volunteers. The Fitzgerald Marine Reserve has also been safe from pandemic-fueled harvesting because the area has been closed since March.

While education would certainly help prevent any future ravages on the area, he said more needs to be done, including possibly closing off that area indefinitely.

“Education takes a long time,” he said. “The public has to realize that this is not a place to go to the beach in the traditional sense.”

Ciotti doubts the Department of Fish and Wildlife would approve a moratorium, but even if it did there would have to be adequate enforcement.

Currently, if park rangers patrol the northern end of the state reserve, accessing the southern end, where most encroachment happens, isn’t easy.

On the other hand, the Pillar Point conservation area is overseen by the state wardens, but there are only three responsible for the entire Bay Area, both Coastside and bayside.

Patrick Foy, with the Department of Fish and Wildlife enforcement office, said he could use more resources.

“We are trying to focus resources and every available opportunity to this problem, but we just don't have the personnel to cover it as effectively as many folks want us to,” he said.

The state is partnering with local law enforcement agencies, like the San Mateo County Sheriff’s Office that has the authority to write tickets.

Thank you Keith Mangold. Review please run more stories about the place being picked clean, run over and grid locked. The County is lawless and social pressure is all we have. And for crying out loud - stop picking up after the slobs with a smile. I have picked up my last beach.