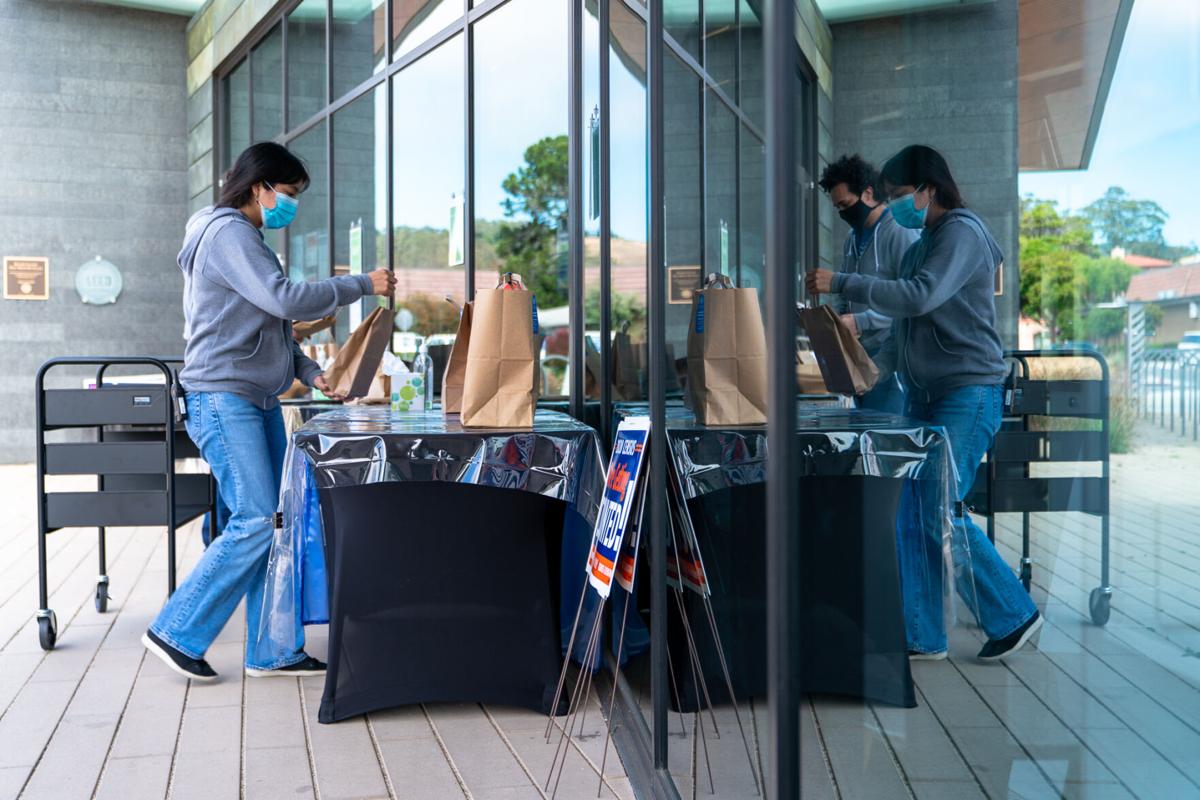 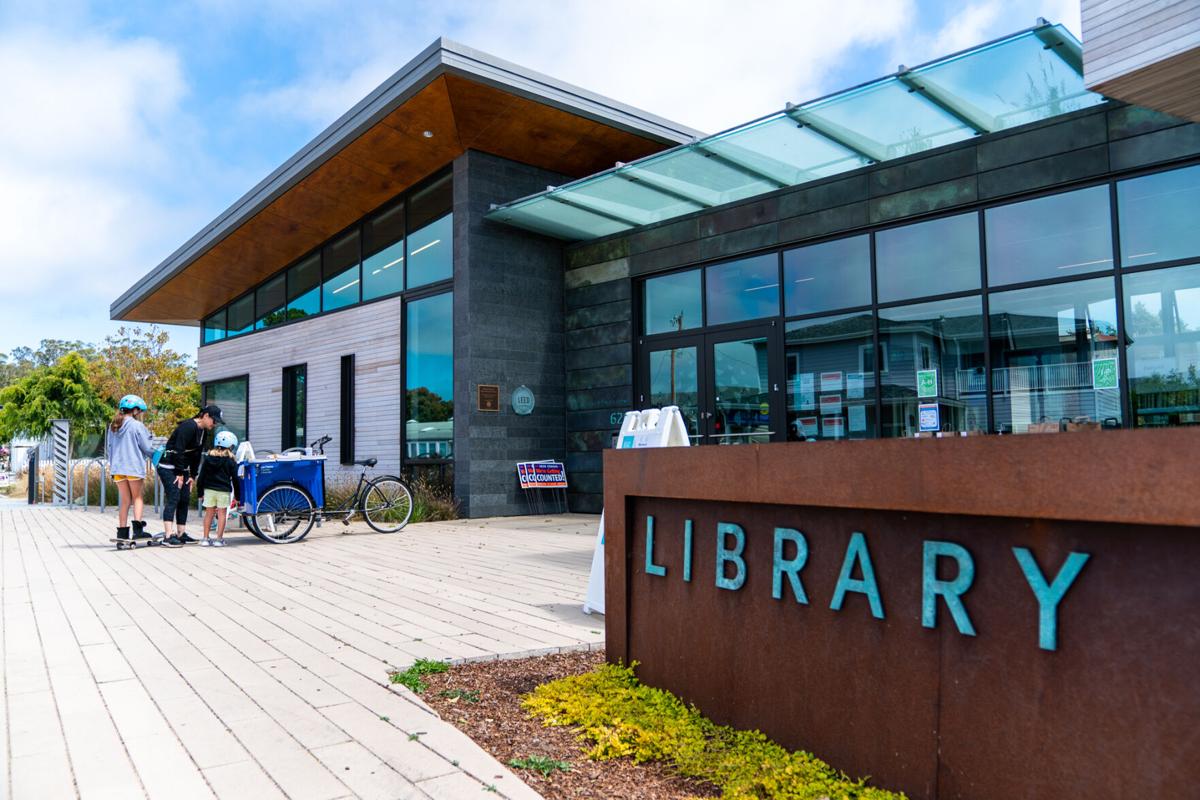 A family stops to grab books that are part of the children's summer reading program at the Half Moon Bay Library on July 17. Adam Pardee / Review

A family stops to grab books that are part of the children's summer reading program at the Half Moon Bay Library on July 17. Adam Pardee / Review

Half Moon Bay Library managers say that things are just as busy at the library today as they ever have been — a fact that might be counterintuitive since the building has been closed to visitors since March.

“Our commitment to providing free, high-quality resources to our community is stronger than ever,” San Mateo County Library Communications Manager Katie Woods said in an email to the Review. “Although library buildings are closed to the public, patrons still have access to boundless library materials online and via curbside pickup.”

A small team of staff members is allowed inside the Half Moon Bay library building, and they are trained to receive returned books safely, quarantining them for 72 hours before their next check out.

“For us, it’s two book carts, six feet apart,” explained Anne Malley, manager of the Half Moon Bay Library by way of explaining social-distancing protocols. “That’s definitely a visual that we are very well aware of.”

Curbside pickup is available Tuesday through Saturday from 11 a.m. until 4 p.m.

Online, the library has something for everyone. Countywide, the library offers 35 virtual programs a week with STEAM activities for families, one-on-one tech support, and English conversation clubs over Zoom for English learners.

The STEAM activities, which refers to science, technology, engineering, art and math, are offered at separate times to early learners and then elementary-age learners. They range from creating chalk flowers to sewing a felt stuffie, and they focus on using everyday items that everyone would have access to in their homes. On Fridays, the library offers summer learning showcases such as a Latin-themed dance workshop. For the teens, virtual hangouts are available and the library offers online story time as well.

During an era when many work from home, the library is becoming increasingly popular, Malley said. She noted that the number of library card applications increased significantly since the onset of the pandemic. “We have seen an increase in online library card registration, sometimes even doubling what our normal monthly signup numbers look like,” Woods said.

And e-books? “Those numbers are crazy,” Malley said.

She mentioned that as early as March they started adding new e-book titles, and Hoopla, an app that provides always available e-book and audiobook loans, has skyrocketed as well. “Our eBook and eAudiobook OverDrive platform showed a 45 percent increase in circulation since the pandemic began, and our Axis 360 platform saw a staggering 73 percent increase in circulation,” Woods said.

The subject matter checked out from the library has been shifting as well. Two titles Malley noted as being especially popular are “White Fragility” and “How To Be an Antiracist,” which are included on the library’s social justice and anti-racism book blog. The interest in social justice titles has been significantly high among all age levels from kids to middle school-age students to adults.

Malley also added that cooking has always been really popular, but it’s even more popular lately with so many spending more time at home.

“Additionally, to bridge the digital divide, we distributed more than 500 Wi-Fi hotspots to our communities,” said Woods. Of those hotspots, 100 were distributed locally on the Coastside, according to Malley.

Planning for an uncertain future, Malley said that the library is working with community partners and school districts to understand how best to support them in the fall.

This version corrects to reflect that the library system has seen an increase in online library card registrations.

Hmmm. So why did we need to spend over 20 million dollars for a new library when almost everything it does can be done without a building?

Give it a rest. The library is awesome. It’s so much more than books on shelves. And the whole community can use and benefit from its existence - unlike the empty properties the City of Half Moon Bay has been collecting over the last couple of years.