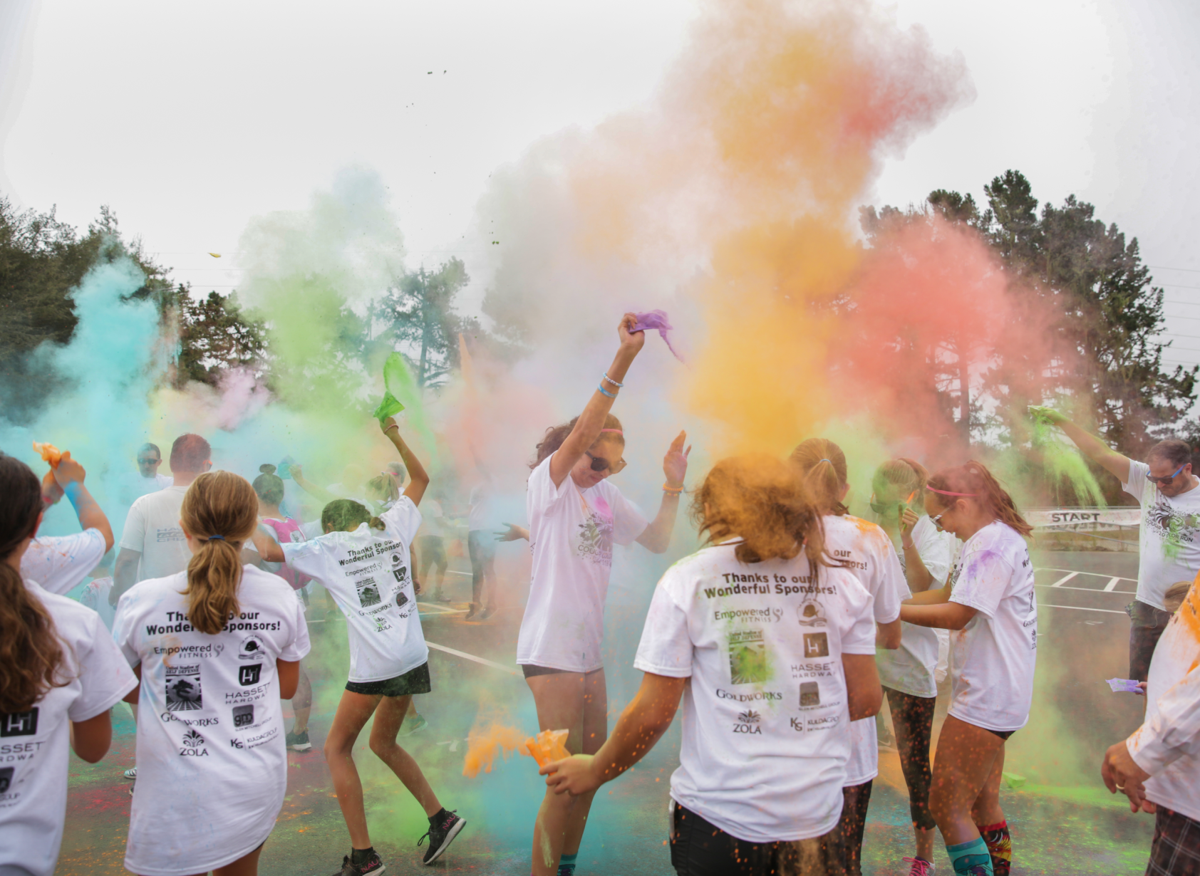 Runners throw colored dust in the air at the start of the Cougar Color Run at Half Moon Bay High School Sunday morning. Kyle Ludowitz / Review 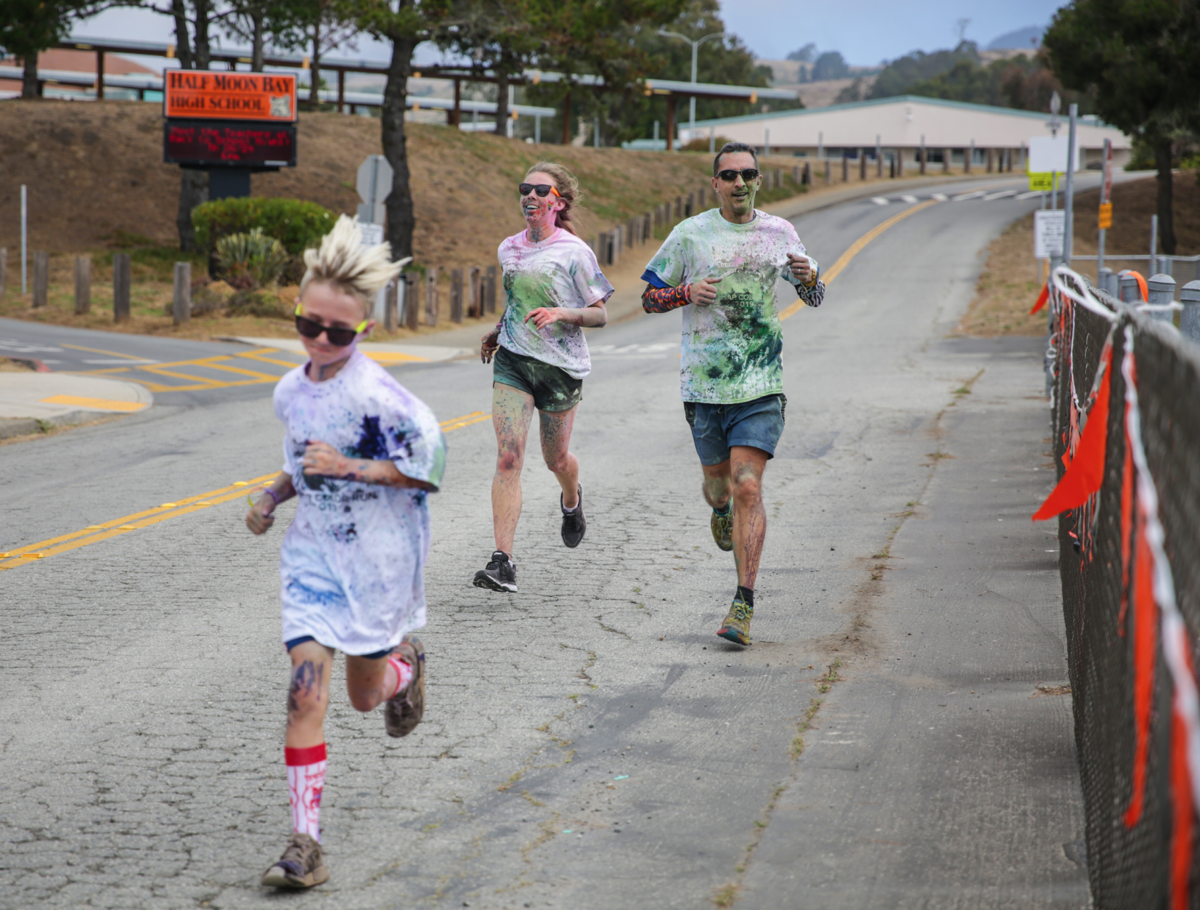 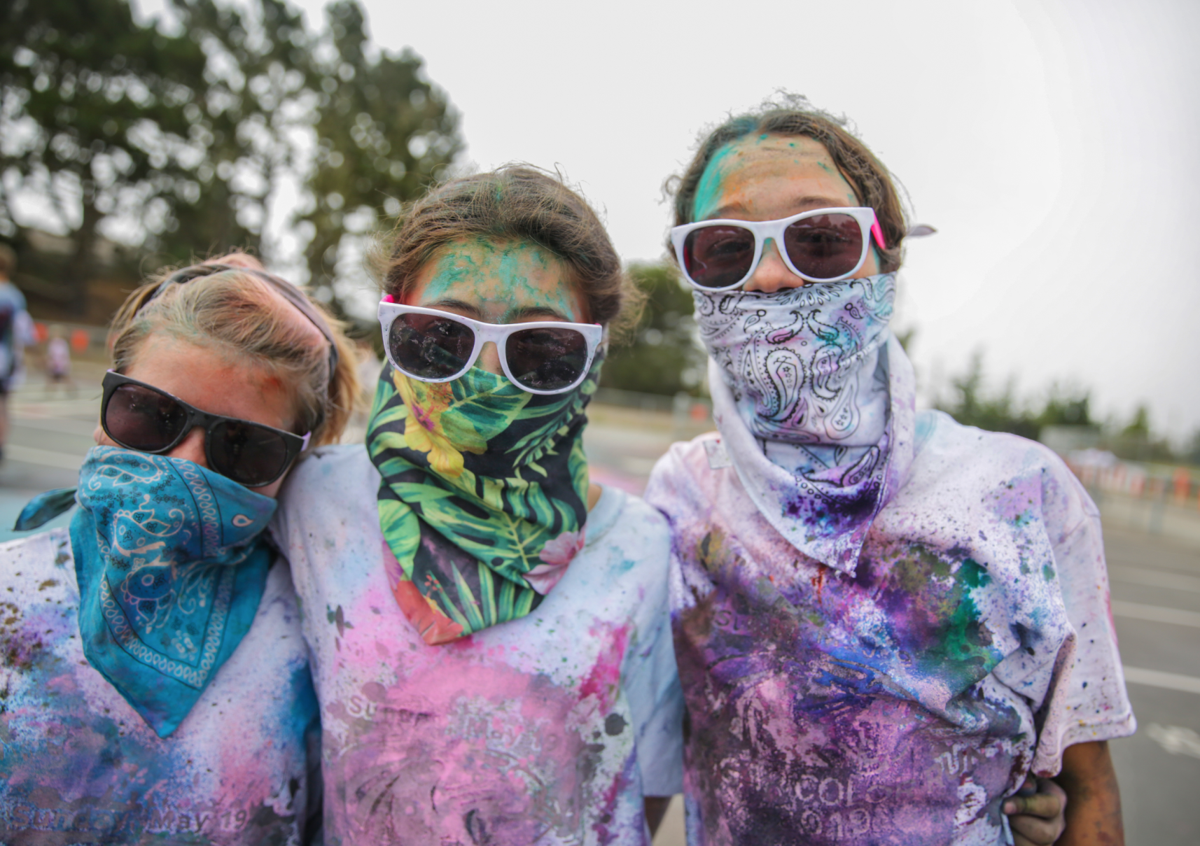 Everyone starts the event with a white t-shirt but little remains clean by the end of the race. Kyle Ludowitz / Review 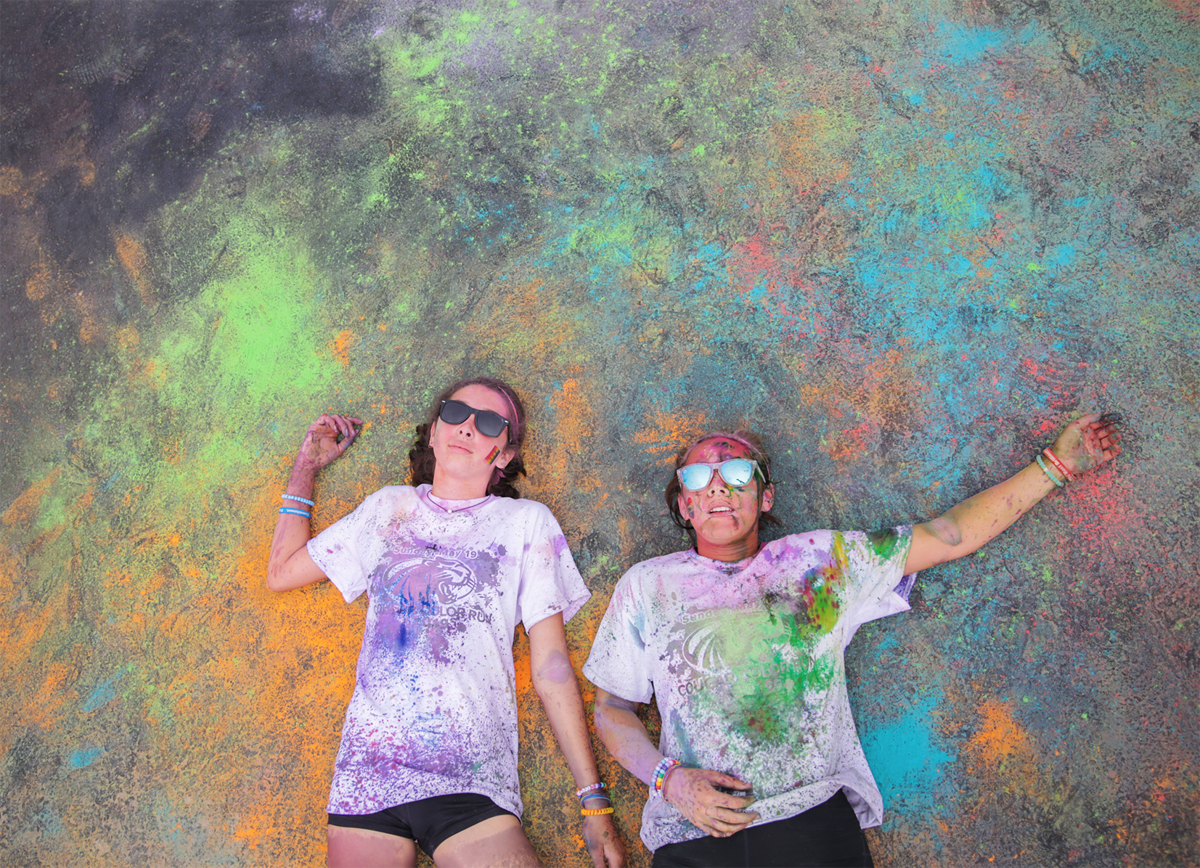 Olivia Perez, left, and Raymi Sharp lay down on the colorful ground after completing the 5K run. Kyle Ludowitz / Review 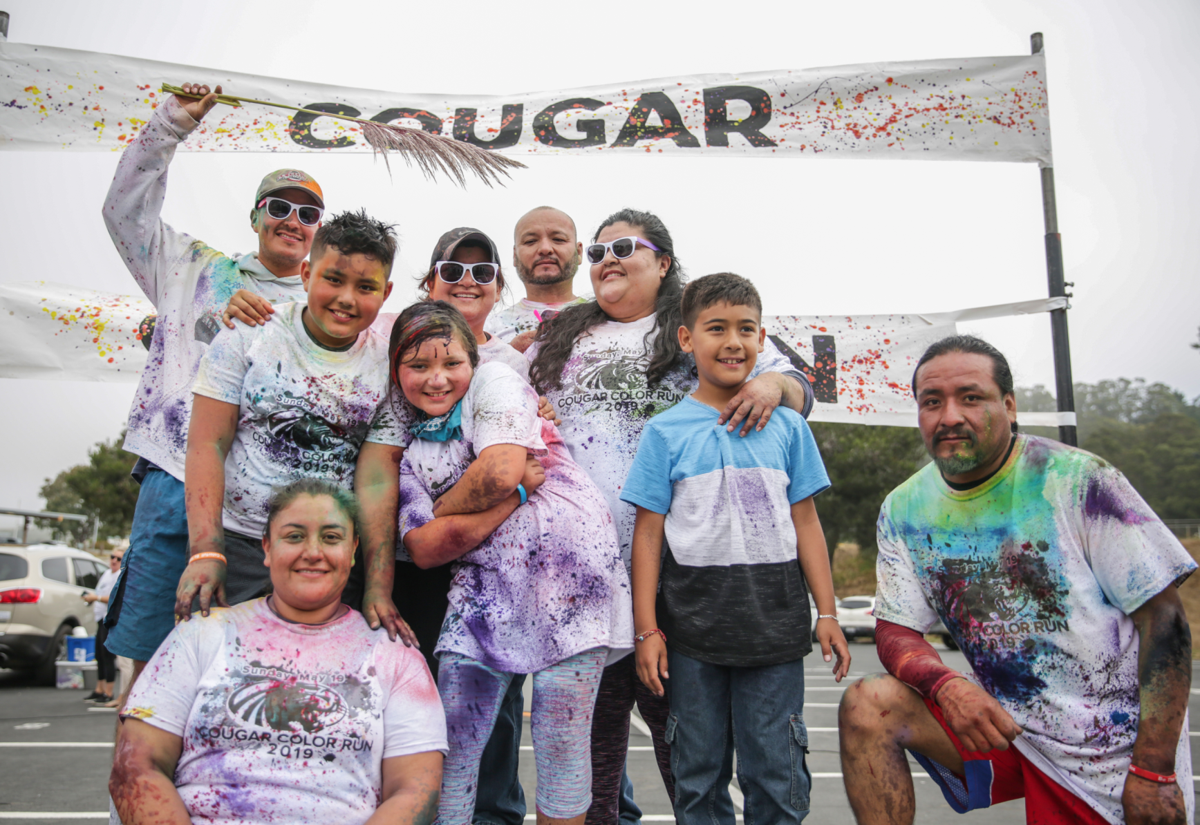 Families and friends gather a podium after being covered in color. Kyle Ludowitz / Review 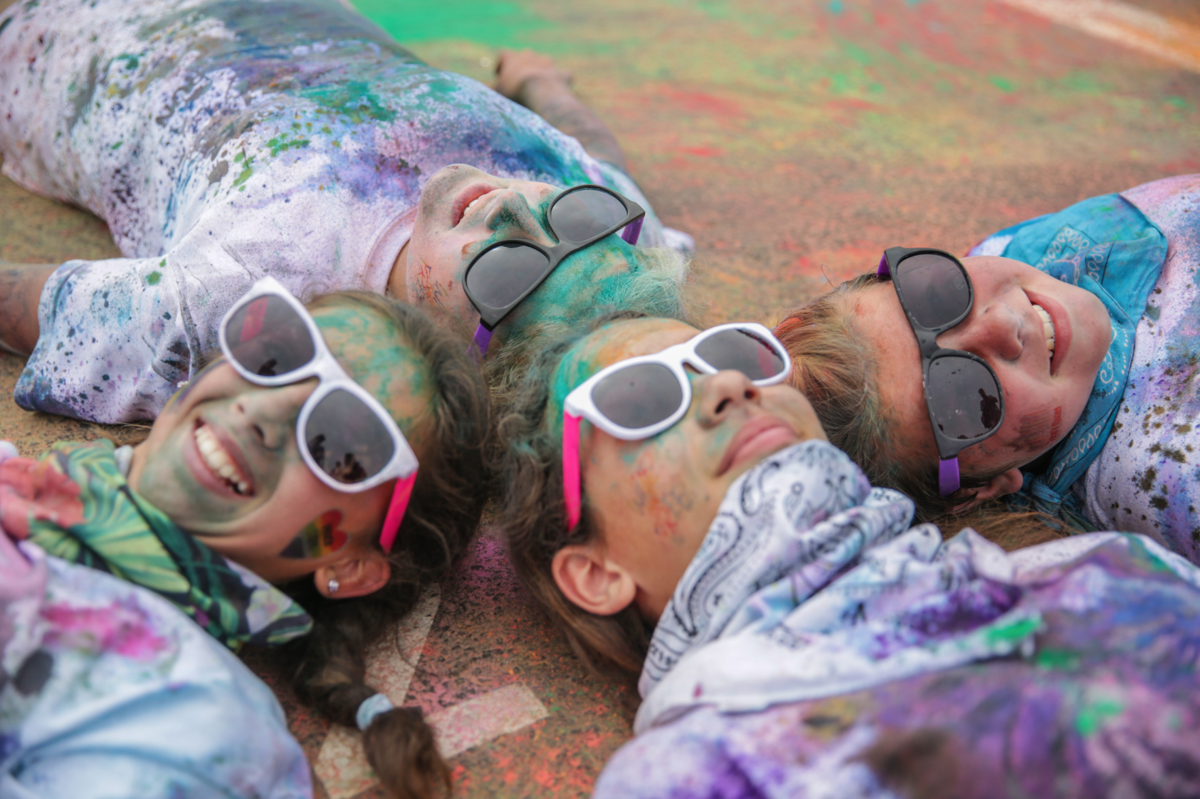 A group of friends relax together after completing the color run. Kyle Ludowitz / Review

On Sunday, the Half Moon Bay High School Parent Teacher Organization hosted a colorful fundraiser that is quickly becoming a Coastside tradition.

“It went great,” coordinator and event planner Amy Broome said of the Cougar Color Run. “We had perfect weather and everything went off without a hitch. Everyone who attended had a great time.”

The PTO wanted to host an event to raise money and tell the community about their organization.

PTO volunteers say they were looking for a unique and fun way to engage with the community.

Color runs have become a global phenomenon over the last decade.

Runners typically are covered in colorful powder as they reach the finish line. The idea grew from a Hindu religious festival known as Holi, during which believers chase people with colored powder and water. It’s often a festive time of forgiveness.

The Cougar Color Run was a 5-kilometer event at Half Moon Bay High School. Participants ran, walked and danced while volunteers threw colorful powder on them. More than 100 people came out on Sunday.

They did not have quite as many people as last year which Broome attributed to having to postpone the event due to rain.

“It was an amazing event for families. You could run, walk, giggle, dress up in a tutu,” said Broome. “We hope this grows into a great annual event.”