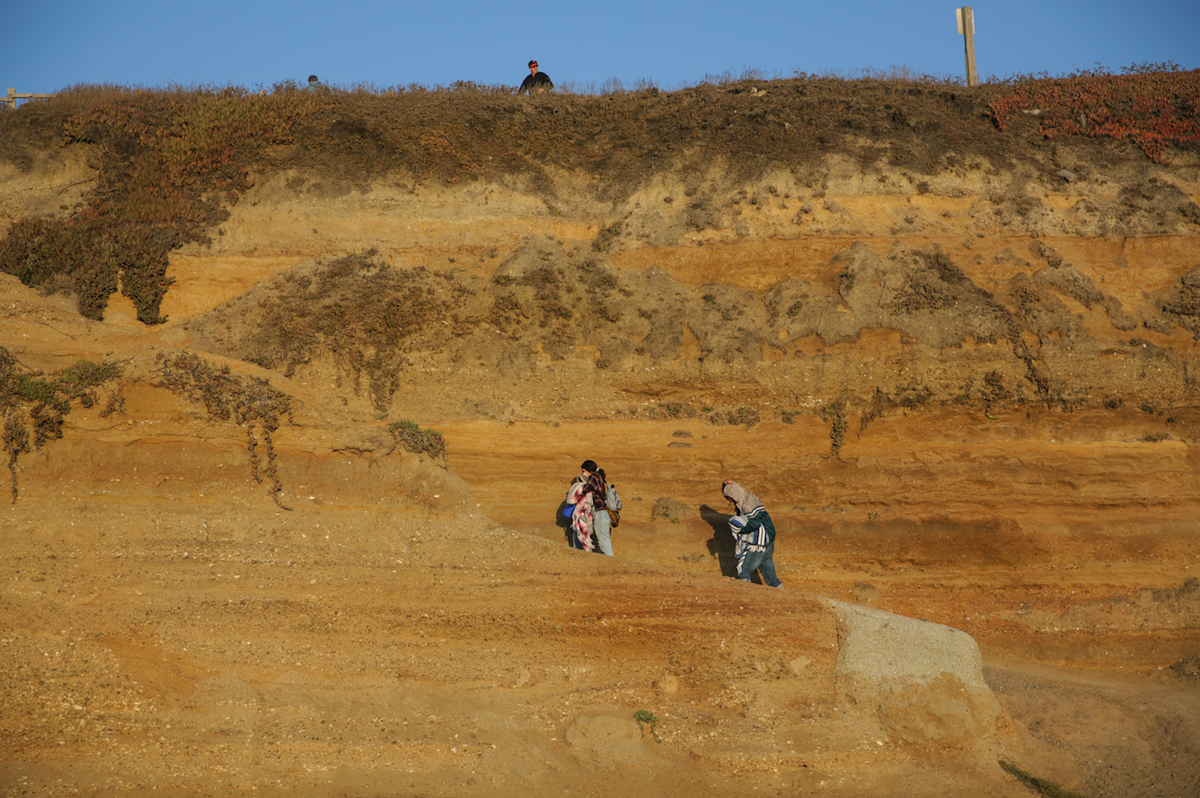 The city of Half Moon Bay is engaged in improving access to Poplar Beach. Kyle Ludowitz / Review 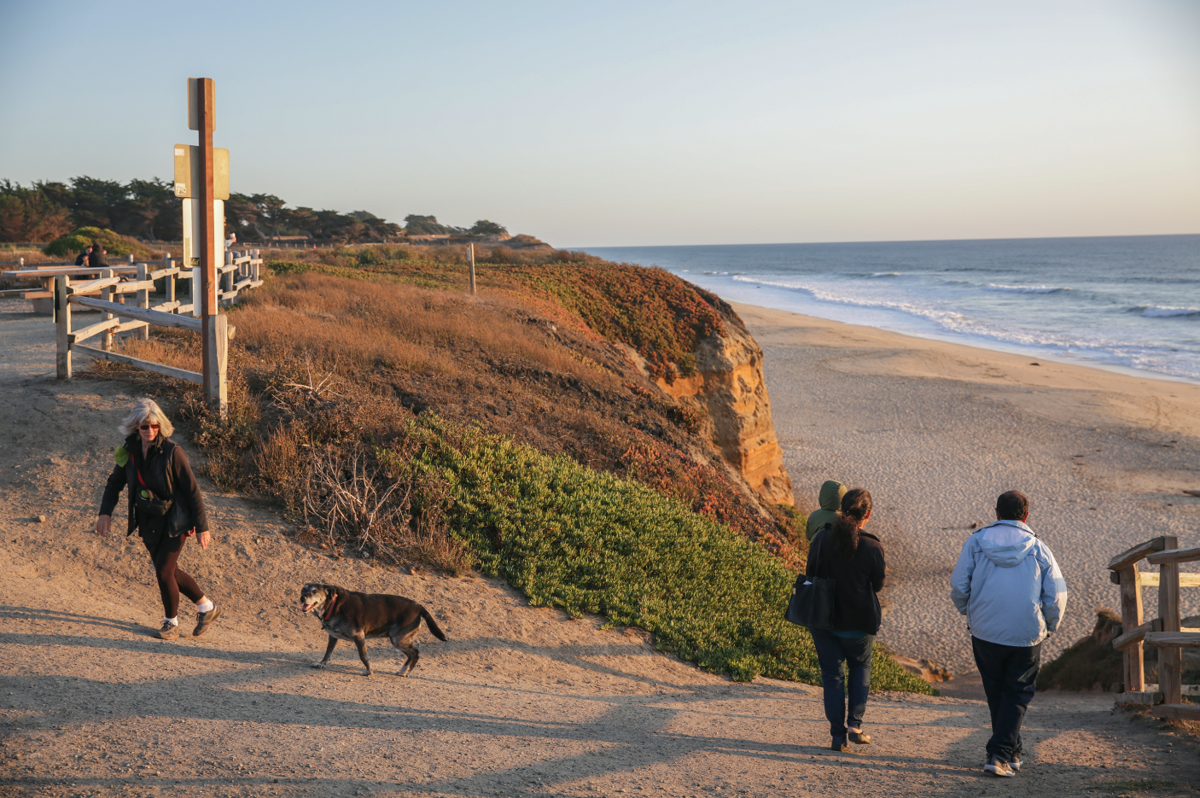 The city of Half Moon Bay is planning on installing a cable handrail, wooden steps and a concrete platform at the base of the Poplar Beach access ramp. Kyle Ludowitz / Review

Walking down the access ramp at Poplar Beach can be challenging, with its steep slope and uneven path. Rainy winter further exacerbated the erosion of the coastal bluffs.

Now, the city of Half Moon Bay is expediting two projects to improve safety and drainage of stormwater at the beach and adjacent Coastal Trail. Plans include building wooden step landings on the beach access ramp, installing a cable handrail and making a stepped concrete landing at the bottom of the ramp.

The work will be completed within about three weeks and Director of Public Works John Doughty anticipates work could begin sometime next year. The timing will depend on when the project gets a bid, and good weather.

“This has been a long time coming,” Doughty said. The city’s Planning Commission approved the project during its regular meeting on Sept. 24.

For a few years the city’s been working on a long-term plan for erosion, drainage control, trail retreat, habitat enhancement and access improvement as part of its Poplar Beach Gateways Plan. The idea to create stepped landings on the access ramp, however, has been a conceptual idea that predates the Gateways Plan, according to Doughty.

This project comes after various heavy winter storm events resulting in the issuance of two emergency coastal development permits to prevent drainage and safety issues along the actively eroding bluff edge. Plans include replacing an eroding drainage pipe and installing temporary fencing along the western side of the Coastal Trail.

“This is a good project to undertake for the comfort and safety of the people who use it,” said Planning Commissioner Steve Ruddock.

The city allocated approximately $150,000 for design and construction of vertical access as part of its 2019-2020 fiscal year budget.

Doughty estimated the improvements would last five to seven years.

When construction begins, public access on the ramp will be impacted, and staging and storage will occupy a portion of the parking area.

Planning Commissioner Sara Polgar said adequate signage would be needed during construction so visitors don’t park in the paid lot with access limited in the area. Some commissioners also discussed the location of the access ramp, saying it is not ideal for equestrians and people walking dogs.

To the City of Half Moon Bay:

The horse community constructed that EQUESTRIAN ACCESS RAMP. It was built by equestrians, for equestrians.

They didn't build it so the City could drive them off with hordes of clueless, cooler-carrying, toddler-toting semi-immobile pedestrians who can't even get out of their own way, much less respect the safe *legal yielding requirements* to equestrians on an EQUESTRIAN ACCESS RAMP.

The Coastal Act says equestrians have rights to Coastal access like other recreational users. You need to respect that. Removing or limiting access without California Coastal Commission approval is not acceptable, not legal, and certainly not in the spirit of the Coastal Act which calls for increased recreational access to and along the coast.

Equestrians are already limited to using the one beach at Poplar. It's obviously at that location because of the EQUESTRIAN ACCESS RAMP there. Where else should they go? Pedestrians, however, have innumerable other options. They can go elsewhere if they insist on breaking the law by not yielding to equestrians.

The solution is to install the promised vertical pedestrian ramp. NOT not to take equestrians off their own EQUESTRIAN ACCESS RAMP by causing even more physical obstacles and unsafe conflicts!

But who are we kidding? You, the City of Half Moon Bay, won't even protect the *horse trailer only* parking lot from being filled up with tourists who park there in spite of the signs. Why not just come out and admit your suburbanite allegiance-- that you intend to illegally drive equestrians off the coast completely. Including off their own EQUESTRIAN ACCESS RAMP.

As a neighbor of Poplar beach I whole heartedly disagree with both the tone and content of this users post. For anyone reading this I ask that you consider that despite this users rage he or she will not even post under her or his own name.