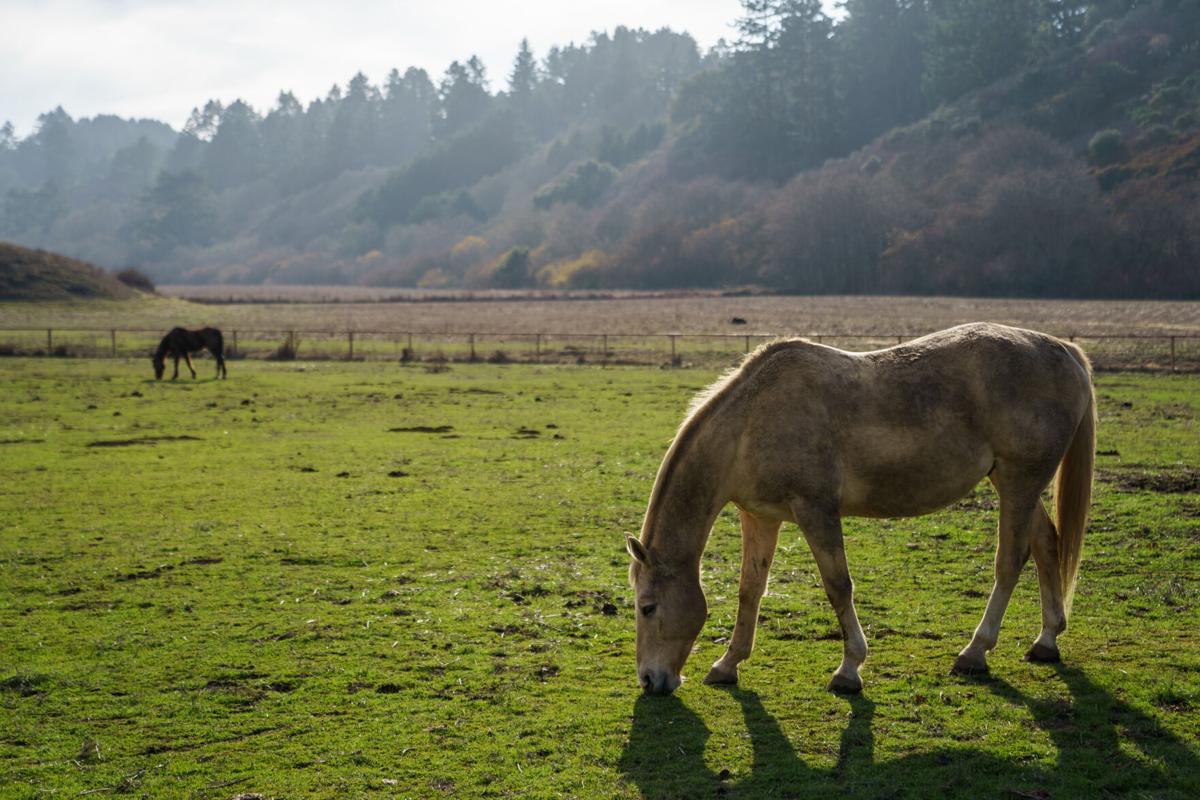 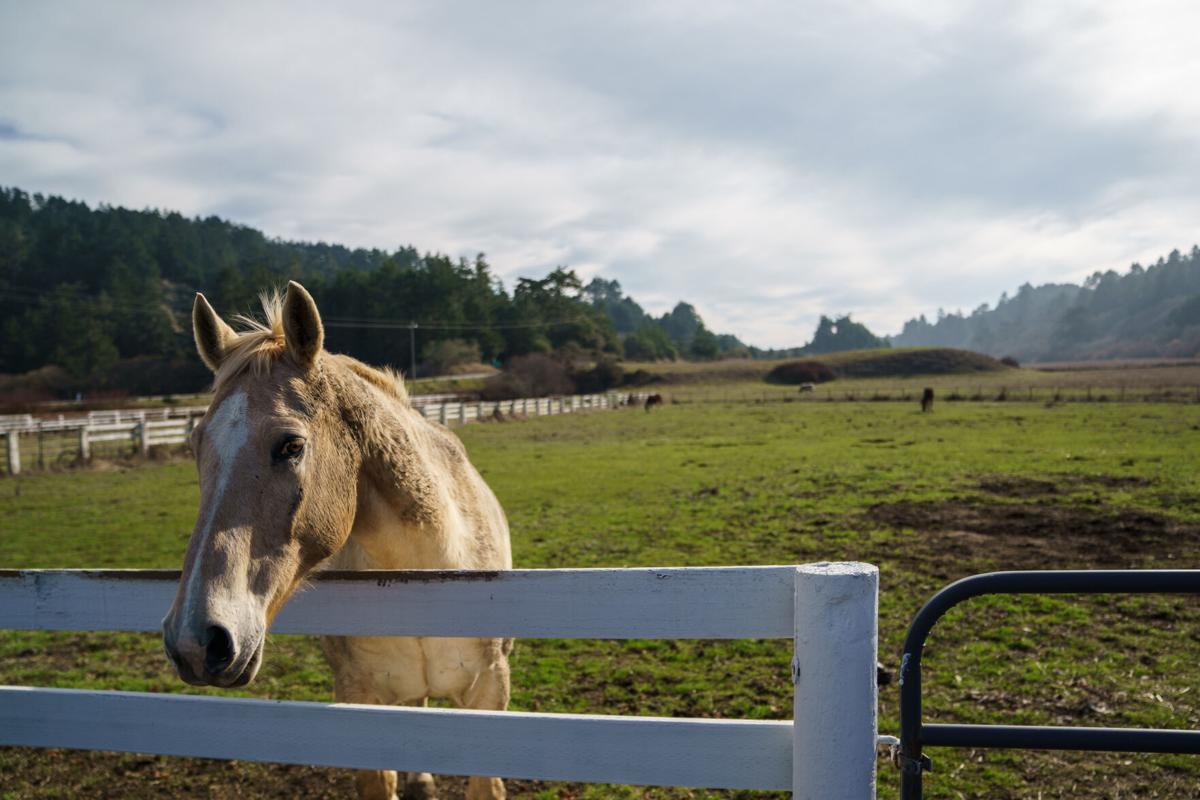 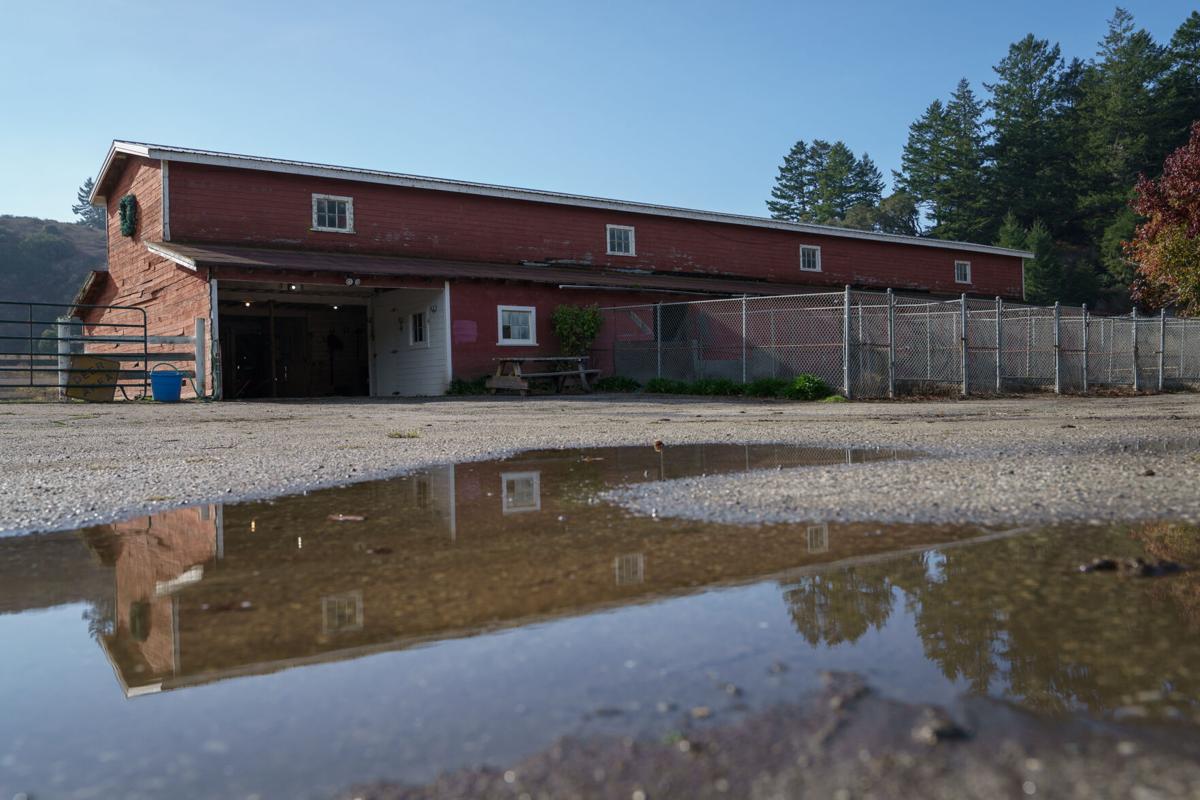 Gina Silva's barn was used to house evacuated horses from the CZU Lightning Complex on her ranch in Pescadero on Monday, Dec. 28, 2020. Adam Pardee / Review

In August, Holiday Smith and Gina Silva were evacuated from their homes. It was the beginning of a long trail for two horsewomen who would come to lean on community in a trying time.

The two women knew each other from working in the same school district years ago. Silva lived in Pescadero and Smith was at Last Chance, a remote community in Santa Cruz County that boasts Big Basin Redwoods State Park as its backyard.

When the CZU fire evacuation orders came, the women reconnected as they were leaving their properties. They were both worried about where their horses would be safe. It quickly became apparent that the fires were fast approaching Smith’s family home, and so she reached out to Silva, asking if she could board her two horses, Tio and Lindy, at her Pescadero ranch.

In the months that followed, while most large animals have since returned to their homes, some remain put out, relying on the generosity of neighbors or, in the case of Silva and Smith, a shared love of horses.

Against the backdrop of usual forms of disaster relief, horse owners and enthusiasts alike have been showing a unique brand of support.

When Silva was allowed back on to her property, which came out of the fire unscathed, she found out Smith’s home had burned down and was deemed uninhabitable for the horses. She let her longtime friend know she could take care of Tio and Lindy.

“Now that the fire is gone and people are going back to their lives, I’m still trying to help people who have needs,” Silva said.

And help keeps on coming. A friend helped Silva build two stalls for the guest horses for them to shelter in during the rain. A neighbor comes by to ride the horses, as both Silva and Smith find themselves busier than before, dealing with the aftermath of the disaster.

Silva has been busy preparing for the next emergency. In recent months she’s been going through every room in her home, deciding what is essential and putting it all in one place — a best practice she now knows is crucial for a speedy evacuation.

Smith is dealing with the recent fire that wiped out her home. When she isn’t teaching, she’s making calls to different agencies and government representatives to clean up the debris on her property, a process that she said has been drawn out. Until she can rebuild, her horses will stay at Silva’s ranch.

“I miss seeing them every day, but they’re in a lovely pasture and well looked after,” Smith said.

Smith recalled how her older horse, Lindy, 26 years old, had lost a lot of weight as the family bounced around three times before landing at the Santa Cruz County Fairgrounds in Watsonville.

“They have perfectly nice stalls, but my horses are not used to that. We live in the wilderness. Our home is surrounded by Big Basin State Park,” she said.

Smith first knew of the Pescadero ranch from when she knew Silva’s grandfather, Lawrence Silva, 15 years ago. She knew it would be comfortable for her horses, and Silva willingly took them in.

But Silva said she wouldn’t have been able to do it alone. She’s grateful for the large animal evacuation groups, which continue to assist animals and their owners, and the community members who organized T-shirt fundraisers and clothing drives.

But there is one donation that Silva found particularly moving. Soon after she took in Smith’s horses, Silva received $200 worth of hay paid for by a young girl’s birthday wish. When Taylor Whitney, a blossoming horse rider, turned 10 years old earlier this year, she told her mom that instead of presents she wanted to help a horse in need. Her donation paid for a two-month supply for one of Smith’s horses.

“When I got the check, I thought, ‘This girl has got to see what a good thing she did,’” Friis said.

So together Friis and Silva invited Whitney to the Pesadero ranch to meet the horses. In exchange for Whitney’s donation, Silva named a newborn calf after the girl. But on the day of her visit, Silva also watched as Whitney enjoyed riding one of her own horses, Bunny.

By then, with five horses to care for, in addition to three cows, three dogs and a cat, Silva found that she needed some help balancing her day job and responsibilities on the farm. Whitney, her mother and her riding teacher offered to board and feed Bunny in exchange for the young girl getting to ride her in preparation for her first pentathlon, which involves equestrian show jumping.

“It all goes full circle. My horse is over there. She’s getting three meals a day. She’s enjoying and loving life,” Silva said. “Just by putting money toward Holiday’s horses, now everyone is getting their horse fix.”