Appointments are still available to get a COVID-19 vaccination today at Senior Coastsiders for any San Mateo County residents 65 or older or those with canceled Sutter Health appointments. This is not an opportunity for those under 65 or who don't otherwise qualify by county guidelines. Read more 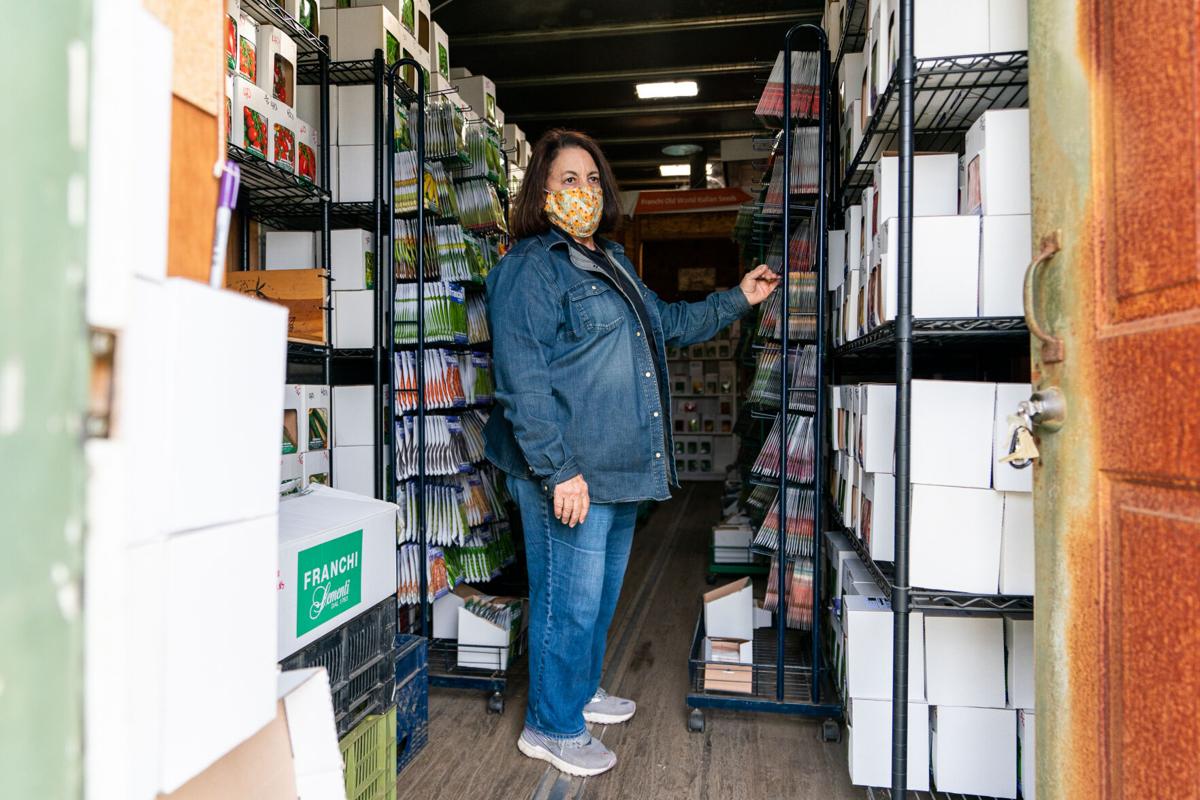 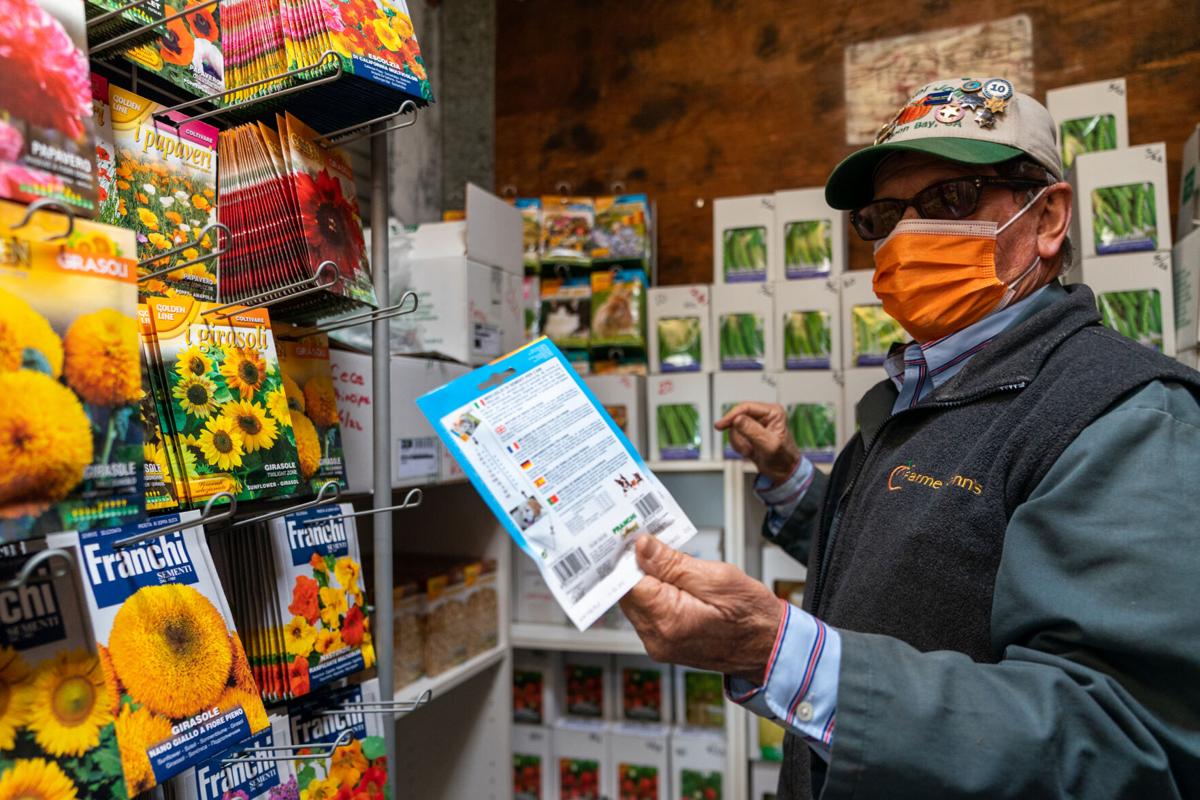 Farmer John grabs a bag of seeds for his wife Eda Muller, who runs the Heirloom Seed Store as part of the Farmer John enterprise, in Half Moon Bay on Saturday, Jan. 30, 2021. Adam Pardee / Review 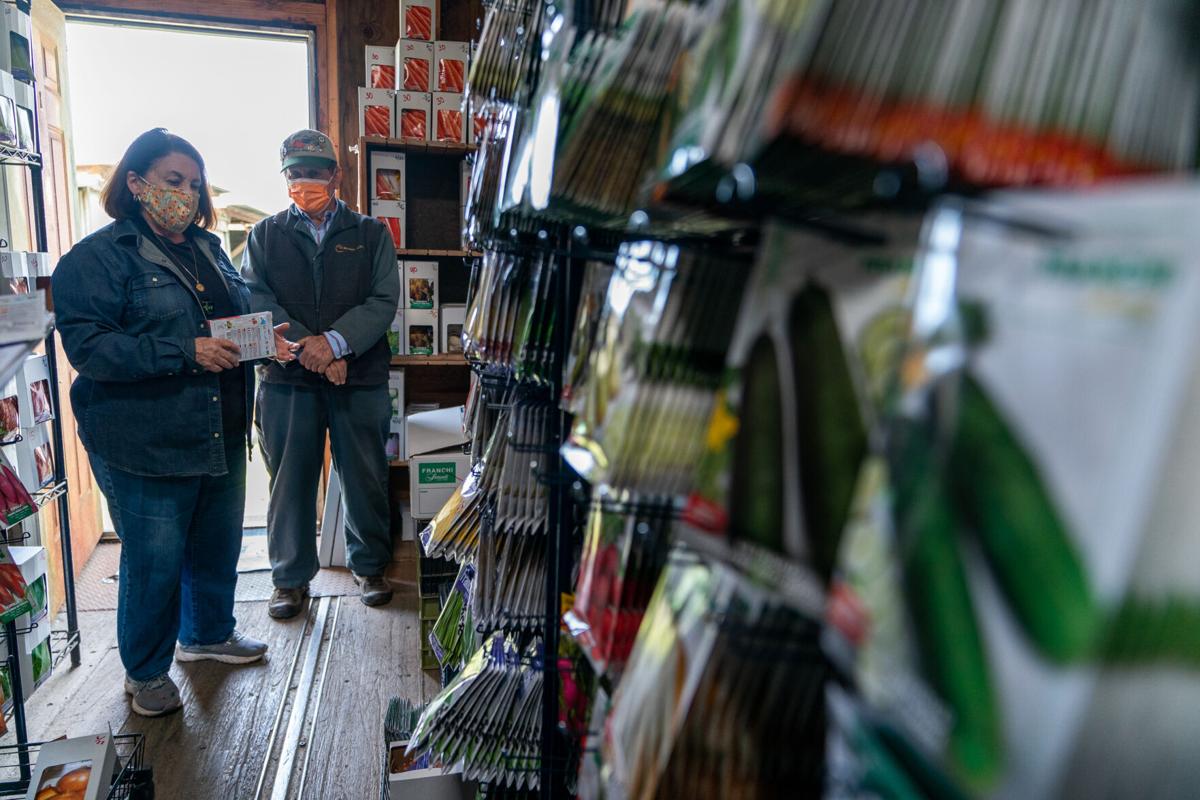 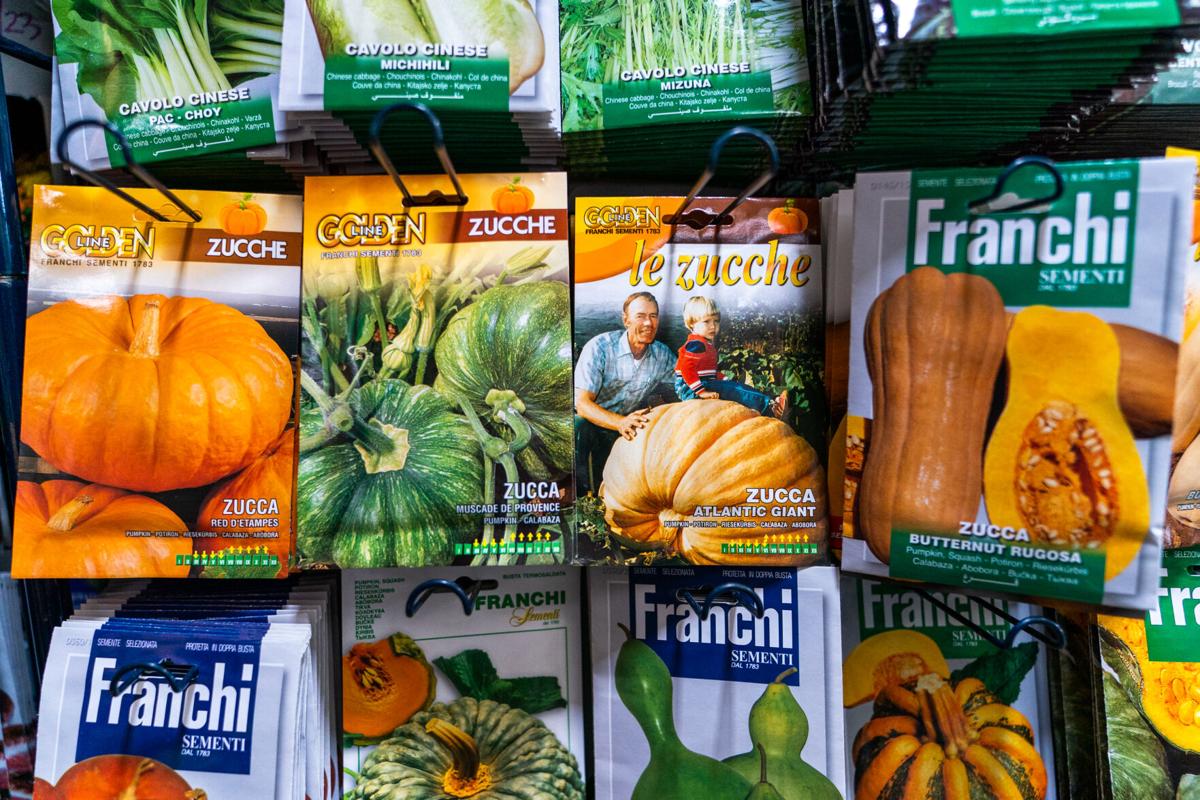 A selection of seeds that Eda Muller sells from her Heirloom Seed Store, part of the Farmer John enterprise in Half Moon Bay on Saturday, Jan. 30, 2021. Adam Pardee / Review

Nationwide demand for a local Half Moon Bay store’s seeds has swelled during the pandemic.

Eda Muller, who runs the Heirloom Seed Store, has been clocking full days, Monday through Saturday since March as orders trickle in from Ohio to Hawaii.

What first seemed like an early pandemic craze has become a steady business for the small seed seller. This month’s sales, already 200 percent more than what Muller saw this time last year, has confirmed that her seeds are more than a fluke.

And this is happening at a time when reports across the country suggest an oncoming seed shortage. So far, the Half Moon Bay Heirloom Seed Store remains well stocked.

Muller thought the first wave of new buyers was coming to her because a company on the East Coast, which carries the same heirloom Italian seeds she does, had run out. But customers kept coming back.

“I think people like our customer service. So many are coming back and we’re still getting new people,” Muller said.

She’s grateful that her seeds — which are non-hybridized and non-GMO — are selling because they provided an important source of revenue for her and her husband, John Muller, known as “Farmer John,” who runs Daylight Farms.

“It saved us and rescued us,” Muller said, thinking back to the time between March and September when Daylight Farms had brought little income for the family as restaurant accounts dried up.

Initially, it was difficult to plan for the sudden influx of demand. Muller had to balance ordering just the right amount with enough variety to satisfy a larger customer base, while also addressing the logistical hurdles of international freight shipping.

The Heirloom Seed Store sources its entire stock of seeds from the Franchi family in Italy that has been selling seeds since 1783. With fewer flights between Europe and the U.S. because of the pandemic, Muller was faced with double the price for shipping the seeds. She found workarounds, including routing her order through Los Angeles instead of nearby San Francisco.

And she’s become a proponent of planning and ordering early, knowing that it can take as long as two months.

Her husband said the seed store has become a full-time operation. It involves he and his wife as well as their 97-year-old father and grandchildren.

“The other day, she got five pallets from Europe and that’s a huge burden for one individual,” John Muller said.

He described one day when the whole family was working on seed orders. In the green shed at the edge of the Mullers’ property, their granddaughter was monitoring the website, his wife was calling out orders and their father was packing and sealing the envelopes. And Mullers’ adult children were helping cook and clean while they worked in the shed.

“We had four generations working on seed orders,” he said.

Though the work is hard, Eda Muller said it’s fulfilling. She includes growing instructions and recipes with every order as small touches that she hopes will make her customers grow successful gardens.

But it’s the connection to the Italian roots that she often returns to.

Muller said her journey began 20 years ago when someone recommended that the couple try growing pumpkin seeds from a specific family in Italy that promised a competitive gourd in the annual Half Moon Bay Art and Pumpkin Festival. That led her to Franchi.

“I am Italian and so I obviously had Italian grandparents,” Muller said. “Then I saw these seeds and I got so excited because they reminded me of my grandfather.”

Similarly, at Italian festivals and garden shows, she has met people who cried at the sight of Franchi seeds for plants they hadn’t seen since their childhood.

“I got tears in my eyes when the seeds first came in. I was so sad, my grandparents couldn't see this. I felt like I was bringing Italy to Half Moon Bay,” Muller said.

While Muller regularly corresponds with the Franchi family, she hasn’t met them but she’s made it a goal to do so soon.

This is an inspirational story. I love the family aspect. Gives hope to all in these troubled times.

I completely second this, john. Well put. All politics aside, Half Moon Bay can rebuild if the agricultural community, the fishing community, the blue collar community and our teachers succeed.....'it's a good thing' :-)