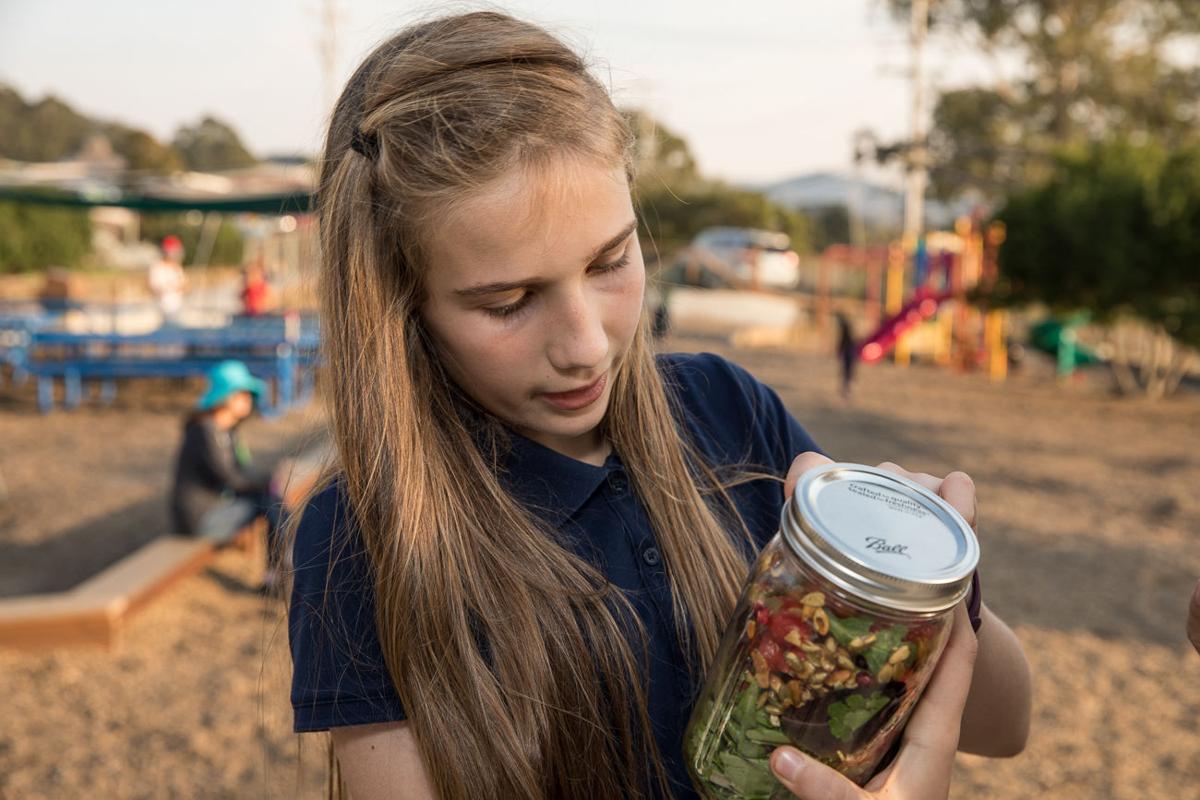 Ona Weinert, an eighth-grader at Wilkinson School, looks at a jar of salad to be sold at a recent farmers market. 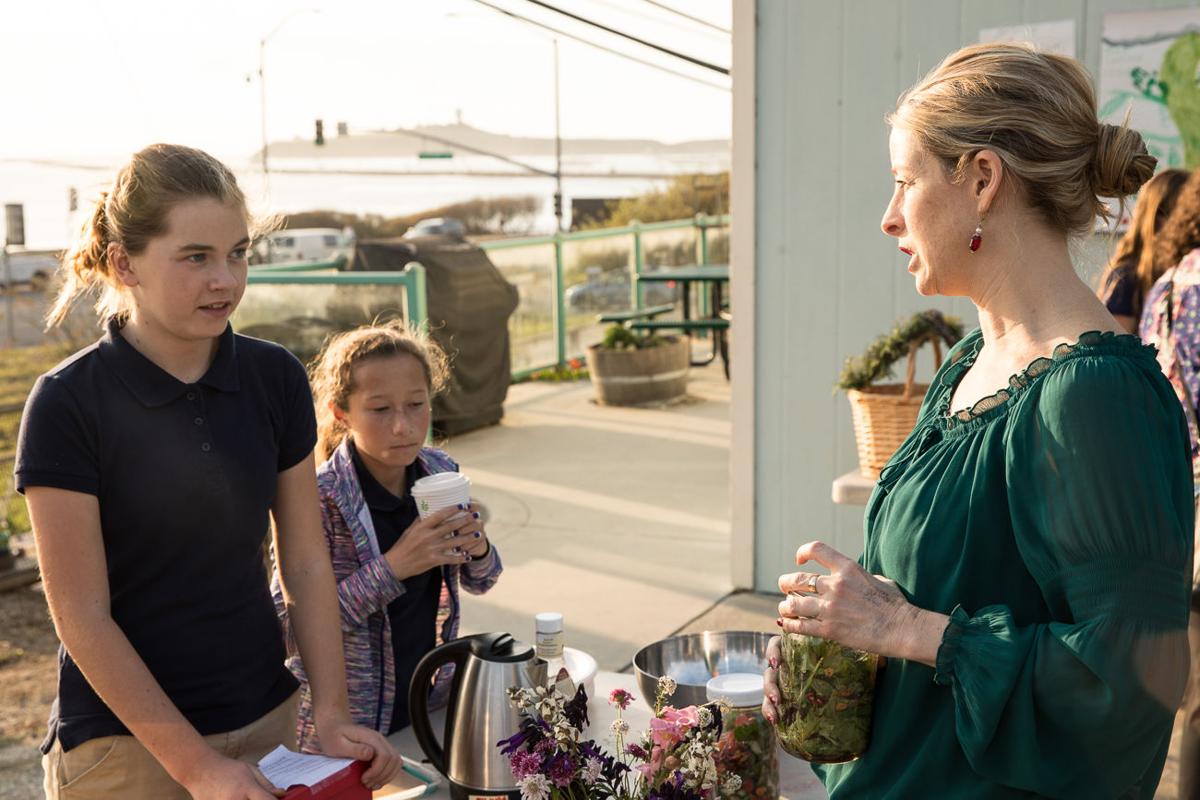 Ona Weinert, an eighth-grader at Wilkinson School, looks at a jar of salad to be sold at a recent farmers market.

Last week, a busy proprietor rushed from her farm stand to the garden and returned with chard so fresh that it was still covered in dirt. She passed it off to another team member to wash, and then yet another chopped it up. Finally, the chef’s greens hit the pan with a sizzle. The smell of an onion, chard, arugula and chive stir fry simmered in the air.

The process was a little bit hectic, but very satisfying when customers bought the dish and enjoyed it.

This was all in a day’s work for the sixth- to eighth-grade students at Wilkinson School as they got their hands dirty in the garden and dug into business principles through their own farm stands. Each of their wares had to feature at least one homegrown ingredient.

“We could get it from the grocery store, but we don’t know where it comes from.

We grow it, and it’s not perfect, but we know where it comes from,” said Seth Tobin of the Team Green Bean farm stand.

With a salad-in-a-jar in hand, Debbie, his mother, said that in addition to produce and herbs, the activity cultivated a sense of appreciation.

“I’m just glad they’re seeing what it takes to care for and grow their own vegetables, and see other people ... appreciating the hard work it takes to grow vegetables they get at the grocery store,” she said.

The students’ creativity came through in the recipes they concocted. There was tea with lemon verbena, stevia and fresh mint, salads with fresh greens, bath salts with fresh lavender, handmade rosemary and fennel wreaths and tiny carrots from the school garden pickled with ginger and pepper.

The students’ creativity was also apparent in their business practices. While it was all friendly, there was a sense of strong competition as the farm stand teams aimed to raise money for the American Society for the Prevention of Cruelty to Animals as well as the school.

Some stands tried to stand out with memorable marketing.

“Get in my belly,” was one stand’s tagline, inspired by Austin Powers.

“Our (tagline) is ‘We aren’t farmers,’” said sixth-grader Lilli Hylton, explaining that her team wanted to differentiate itself from Farmers Insurance advertisements that state the opposite.

Other businesses took a more cutthroat approach, getting into a price war.

The challenges mounted for one team of eighth-graders as the afternoon went on.

“(It’s difficult) when (customers) crowd around you,” Lena Hylton said.

“And they demand the prices,” Sammie Norris added.

“And the other businesses beat you out,” Ona Weinert said.

Their efforts paid off for customers, however. With food already grown and prepared, they didn’t have to make dinner that night.