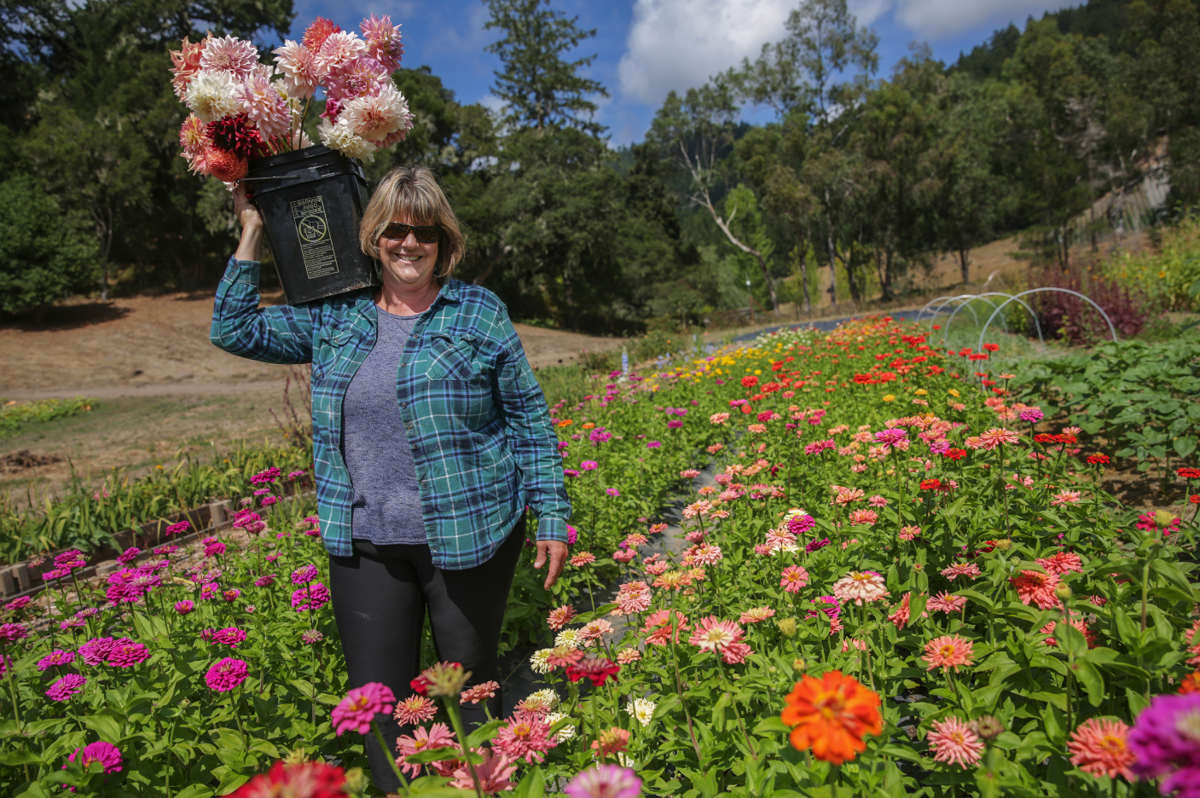 Tammy Bloom, of Forever Bloom Farm, says a good sense of humor is almost as crucial as sun and water when it comes to running a cut-flower operation. Kyle Ludowitz / Review 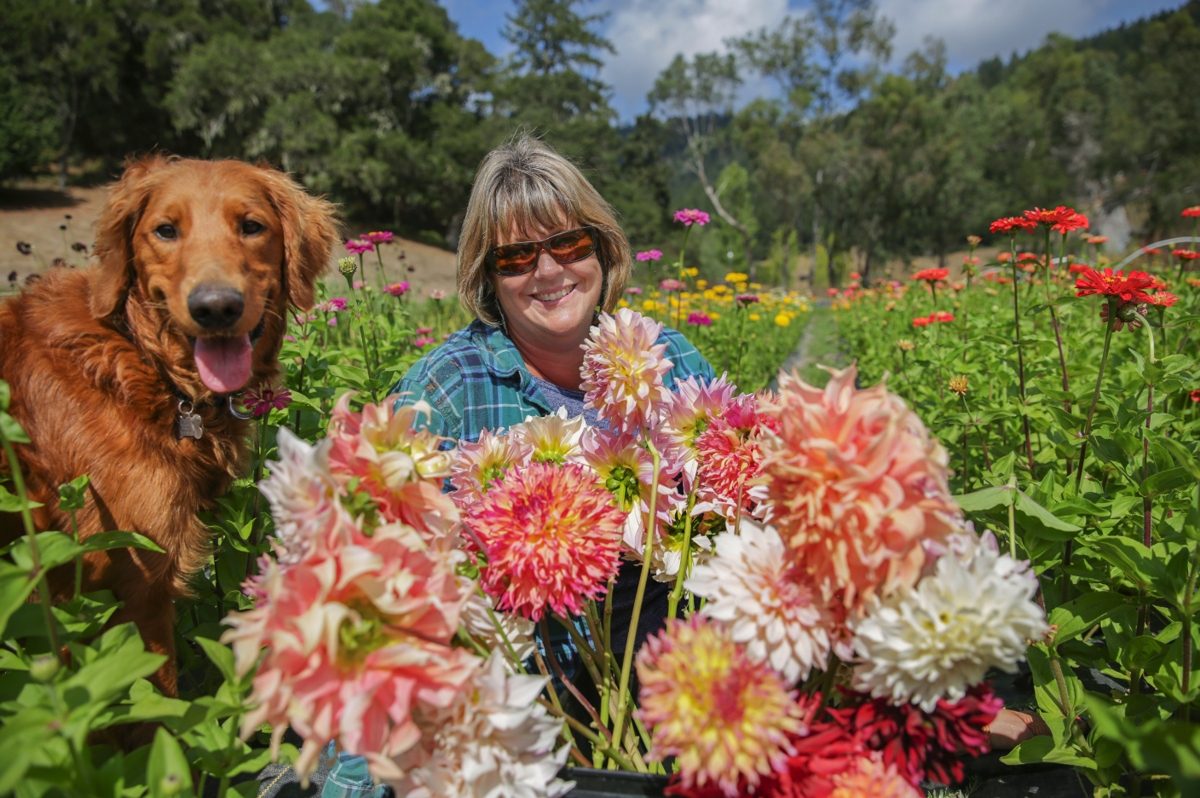 Tammy Bloom sits in a row of planted flowers with the farm's newest addition, Poppy the retriever. Kyle Ludowitz / Review

Tammy Bloom and her team make up songs as they plant flowers in a sun-filled valley rimmed with redwoods and sky.

“Just keep planting,” they sing, as Bloom’s golden retriever, Poppy, begs for attention and tries to drink water out of the buckets with harvested flowers.

“You have to have a good sense of humor,” Bloom said. “Every day a gopher, or a bug, or a fungus gets a plant. Every day there’s death and destruction. It’s us against the elements.”

On Saturday, Bloom will open up her farm to children and adults for a tour of Forever Bloom Farm to show guests the vegetables, fruits, and, most of all, the variety of flowers she grows. Giving tours and putting on workshops, such as the dahlia workshop she has coming up on Saturday, are the favorite parts of the job.

Bloom, who is also an attorney in divorce mediation and family law as well as a teacher, moved to Pescadero with her husband more than six years ago from San Jose. The flower business started as a self-serve 24/7 farm stand where neighbors could come buy eggs, produce and flowers.

“It’s important to trust your community,” she said.

Two years ago she officially started a flower farm. Jaimie Maher is the farm’s resident biologist, and she keeps all the plants healthy.

Maher quit her corporate job three years ago. She wanted to be outside and in the field. Her love for flowers comes, in part, from her grandma, whom she called “Ya Ya.”

“She was my best friend,” Maher said. “She loved flowers. She was a beautiful and cheerful woman. I kind of do it in memorial to my Ya Ya.”

Maher and the farm’s intern, Katie Grimble, live in neighboring yurts on the property. The women are sometimes in the field by 6 a.m., each morning harvesting and planting while it’s cool outside. In the afternoon, they prepare flowers for farmers markets.

Bloom grows in the field, which means she can only plant flowers that are in season. She said the California weather assures she doesn’t need a greenhouse to be a year-round flower farm.

“The hardest part about farming in Silicon Valley is making enough to pay for the costs,” Bloom said. “Everything is expensive.”

While she does some event work, Bloom prefers selling her flowers at markets, encouraging people to buy different kinds and make arrangements on their own.

The stories of people buying the flowers move her. One person fighting cancer bought flowers to make life a little more cheery. Another purchased succulents, after his wife of 40 years died, in order to surround himself with beauty. Kids often buy flowers for their moms.

“These are the moments,” Bloom said. “... I just really like the experience of putting really pretty flowers in the hands of regular people.”

I’ve read this article several times looking for an address or even a link to a website! Why do I have to do a google search to find out where this farm is located? HMB Review articles often lack important information - just too frustrating! At least put a link in the online articles - and addresses!

I'm a neighbor and frequent customer. I encourage you to check out the farm. It's a real treat!!