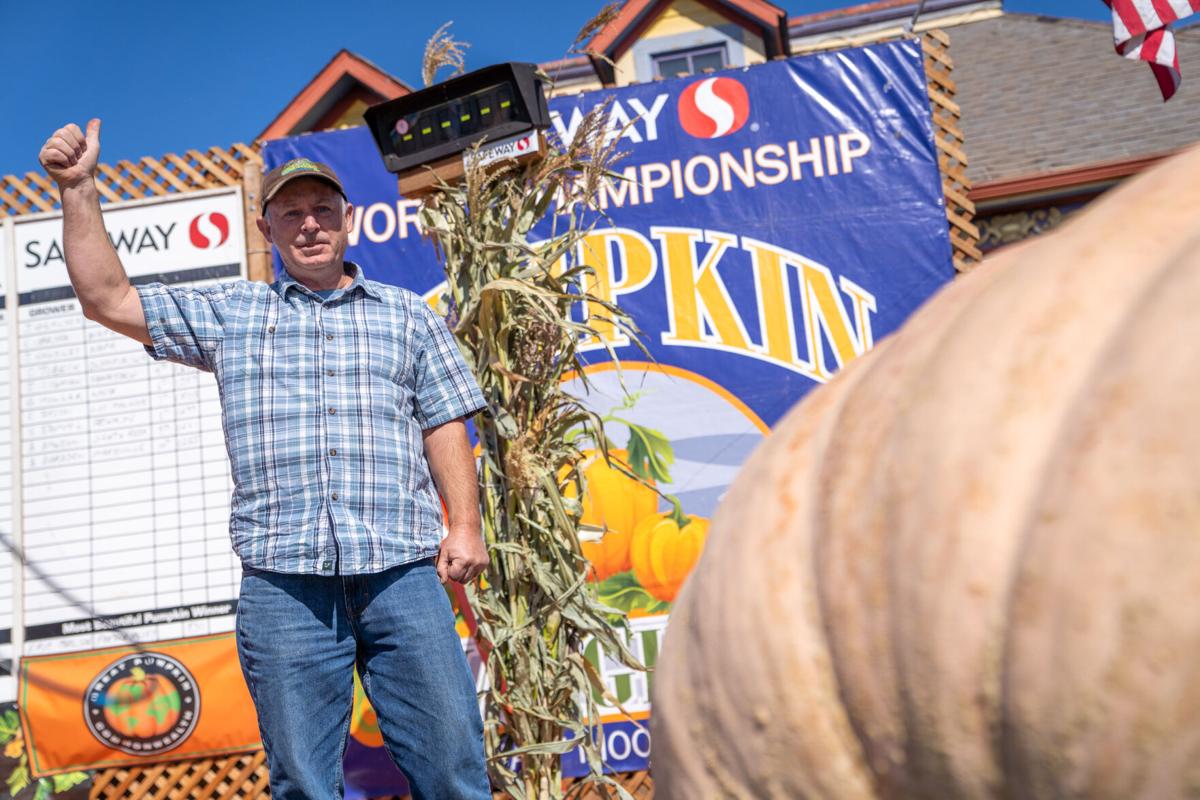 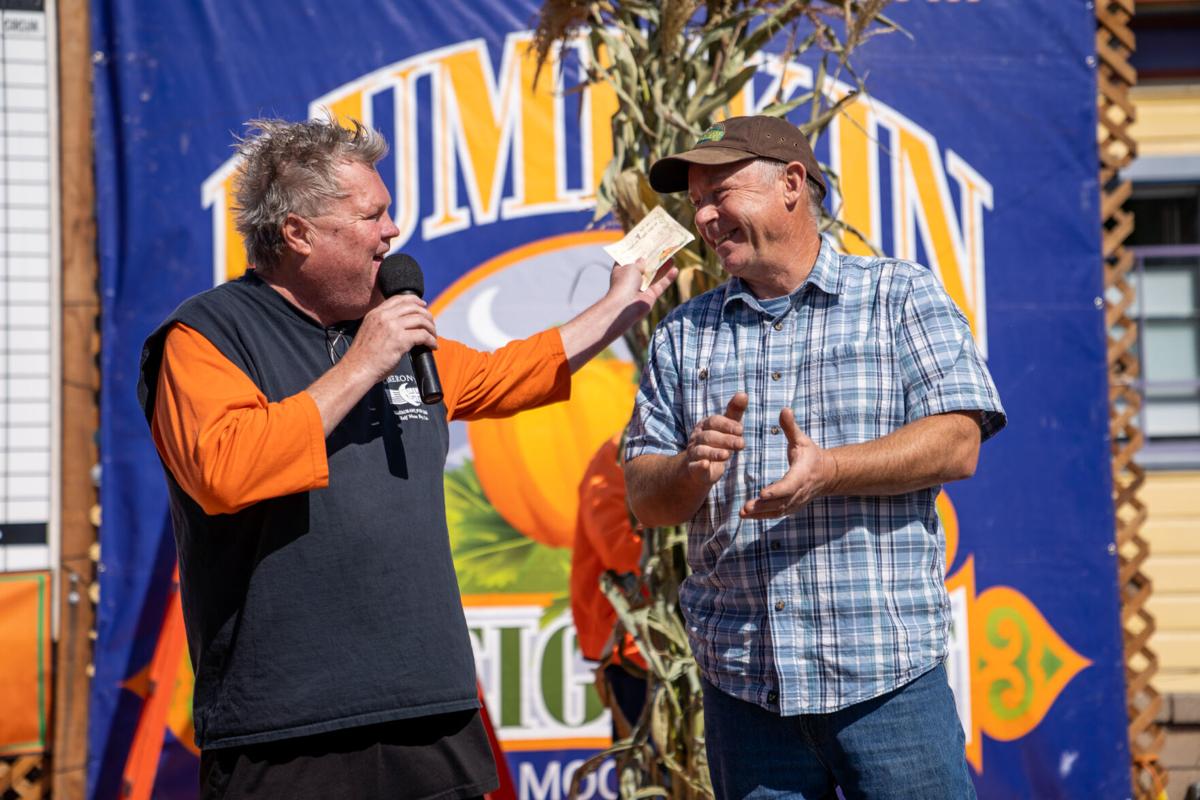 A cold and blustery morning brought out hundreds to watch the annual Half Moon Bay Championship Pumpkin Weigh-Off, crowning Jeff Uhlmeyer, of Olympia, with the big prize.

Uhlmeyer’s giant gourd weighed in at 2,191 pounds, a personal record for the Olympia, Wash., grower, who said he went back to the basics this year. Uhlmeyer said he grew three pumpkins this year for a cumulative total of 5,500 pounds of gourds. He planted this year’s winner in mid-April.

In its 48th year, the Half Moon Bay World Championship Pumpkin Weigh-Off went off without a hitch on Monday, with growers mingling on Johnston Street all morning, awaiting their turn at the scale as crowds of visitors and locals watched the numbers tick up with each new pumpkin. The COVID-19 pandemic prompted the Half Moon Bay City Council to cancel this year’s Half Moon Bay Art and Pumpkin Festival for the second year in a row, but the weigh-off went on, returning to the I.D.E.S. grounds on Main Street after last year’s invite-only competition at Long Branch Farms.

By noon, just one pumpkin was left to weigh, after Uhlmeyer’s behemoth had tipped the scale at over one ton. The dance of forklifts left the crowd hushed as John Hawkley, the final competitor to weigh in, took the stage. But his gourd was just 1,857 pounds, leaving Uhlmeyer with the win and a $19,709 prize.

The giant gourds are some of the largest in the world, second only to competitions held in Europe. Two weeks ago, the new world record for the heaviest pumpkin, weighing in at 2,703 pounds, was awarded to Italian Stefano Cutrupi. Four-time Half Moon Bay Mayor Al Adreveno took the stage midday to honor the storied history of the competition, which has been held on the Coastside since the 1970s.

Also on Monday morning, the award for the most beautiful pumpkin was granted to Eric Carlson, who has come to the competition from Portola Valley for 27 years and oftentimes wins the aesthetic prize of the day. He walked home with $1,000, next to Tasi Paulovits, who was crowned with the largest pumpkin grown on the Coastside. His weighed in at 189 pounds.

Paulovits, who lives and grows his gourds in El Granada, said he didn’t use a greenhouse this year, hoping the direct sunlight would give him an advantage. Planting his seeds in mid-March, he used crab shells in the soil to help with nutrients and promote growth. Paulovits said next year, he’ll go back to the greenhouse method in an attempt to beat his personal record from 2020.

Some of the growers said they struggled with environmental conditions this year, including second-place winner Leonard Urena. Having won the competition in 2019, Urena is a seasoned veteran, so when he saw his pumpkin appeared the smallest of the top gourds, he said he was gunning for top three. Urena said this year, an aphid infestation sapped key sugars from his plants.

“As soon as you get it, it’s hard to control,” Urena said.

A few newcomers made their debuts with impressive first-time gourds, including Chris Hull out of Point Reyes. His gourd weighed in at 925 pounds. As a rookie, Hull said the most surprising part of the growing process was how time-consuming it was, forcing him to tend to his giant pumpkin for hours each day. With conditions ranging from 60 to 80 degrees in Point Reyes, it was prime for growing.

But ultimately, those with many years of growing under their belt, would weigh in higher. For champion Uhlmeyer, it was his intuition that guided him to the top spot.

“You learn the very most just from experience,” Uhlmeyer said.