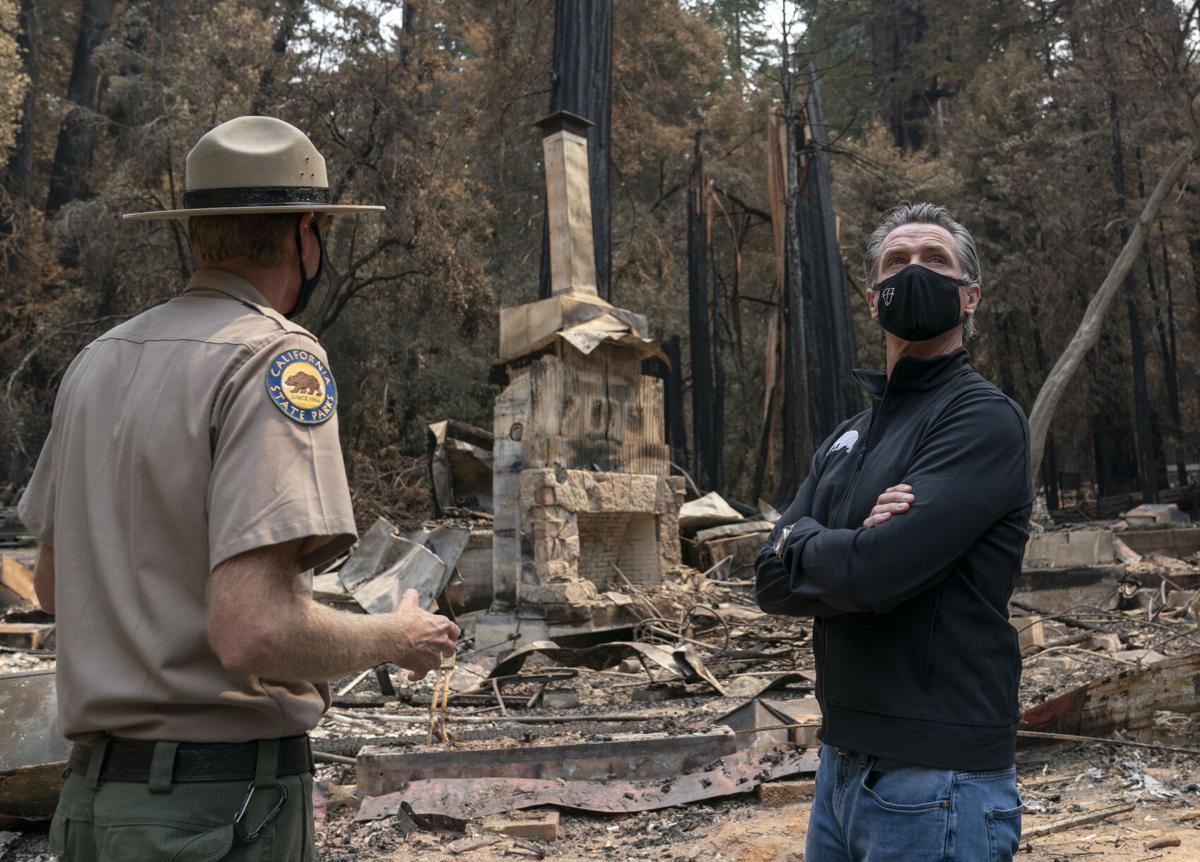 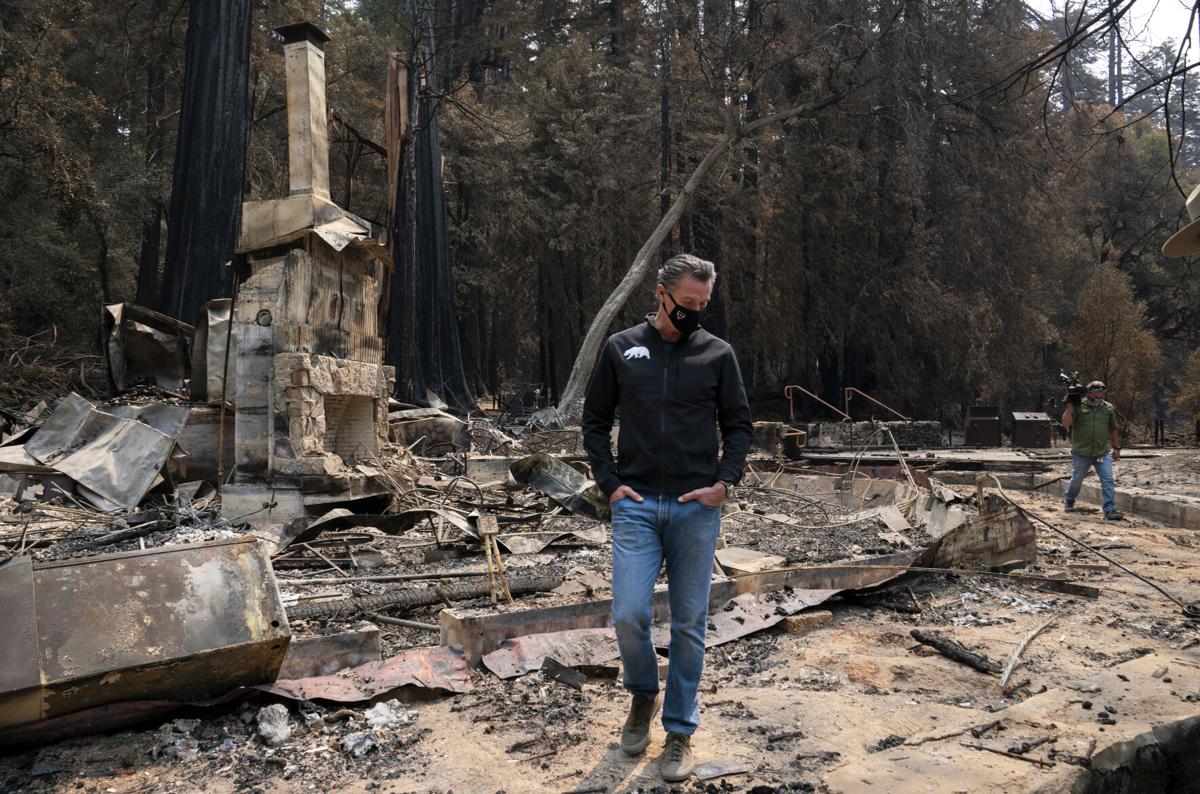 More than two weeks after the CZU August Lightning Complex fires tore through the Santa Cruz Mountains, conditions are improving. While firefighters are working toward containment, they are still battling flames on the front lines. And hundreds of South Coast residents remain displaced.

CalFire reported Tuesday that the fire spanned 85,218 acres and was 43 percent contained. Altogether, 921 residences have been destroyed by the fire, which moved south well into Santa Cruz County last week, destroying homes and businesses in the communities of Bonny Doon, Ben Lomond and Boulder Creek. One death has been reported as a result of the fire so far.

County Communications Chief Michelle Durand confirmed that in San Mateo County, 11 homes have been destroyed, but assessments are ongoing as firefighting efforts continue on the north line, particularly around Butano State Park. Durand said additional homes may also have been damaged. A map of known damage in San Mateo County is linked on CalFire’s CZU incident page.

Many South Coast residents from Pescadero and La Honda returned home on Thursday, relieved to find their communities intact. But evacuation orders remain in effect for Loma Mar, Dearborn Park, Pescadero Creek County Park, Butano State Park and nearby neighborhoods as parts of the northern edge of the fire continue to threaten those communities. The county reported 329 fire evacuees at hotels countywide.

Some area roads remain closed as well, including Highway 1 at Gazos Creek and Cloverdale Road and Pescadero Creek Road at Butano Cutoff.

“The incident is transitioning from a mitigation to a recovery phase,” said Jonathan Cox, deputy chief of CalFire's San Mateo-Santa Cruz unit.

Communication with residents had its ups and downs the past two weeks as residents scrambled to get information about their homes, communities and evacuation status. On Monday, CalFire held its final daily media briefing, although information will continue to be released regularly via social media. County Sheriff's Office spokesperson Rosemerry Blankswade told residents to keep asking questions and checking in for updates.

“The community and the neighbors that have been affected by this: We know that there has definitely been some hardships,” Blanskwade said. “It’s hard, we know, to be patient when it feels like you are not getting enough information.”

School was replaced by a county-run Local Assistance Center opening at Pescadero Elementary School. The center will serve South Coast residents affected by the fire and evacuations who now need resources and assistance applying for further aid.

Puente de la Costa Sur is also set up at its two offices in Pescadero and La Honda with food, water and other supplies for residents in need. Puente Director Rita Mancera said her staff is now taking individual clients to provide them with financial or other assistance for those who lost work or property due to the fire.

Also this week, San Mateo County Parks decided to close all parks, including county beaches, to redirect rangers to aid with the firefighting efforts. At press time, the city of Half Moon Bay was considering whether to close Poplar Beach and its parking lot to deter visitors and keep evacuation routes clear. Enforcement of such rules has been an issue in the past.

“We are relying on the goodwill of people,” said City Councilman Harvey Rarback. “We will have a few city staff situated at entrances, but it will not be easy.”

Although the full extent of the damage is yet to be determined, Santa Cruz County has borne the brunt of the damage of the fire, with more than a thousand structures destroyed. On the Santa Cruz County side, crime also became an issue, but SMC Sheriff’s officials did not see the same problems on the north side. While some residents remained behind despite evacuation orders, a drive through evacuated areas on Thursday revealed a nearly deserted South Coast, with numerous police checks and few cars on the road. As of Tuesday, officials still could not give a timeline as to when the remainder of South Coast residents could return to their homes.

"It's hard to assess," Blankswade said. "It's probably going to be a long haul."