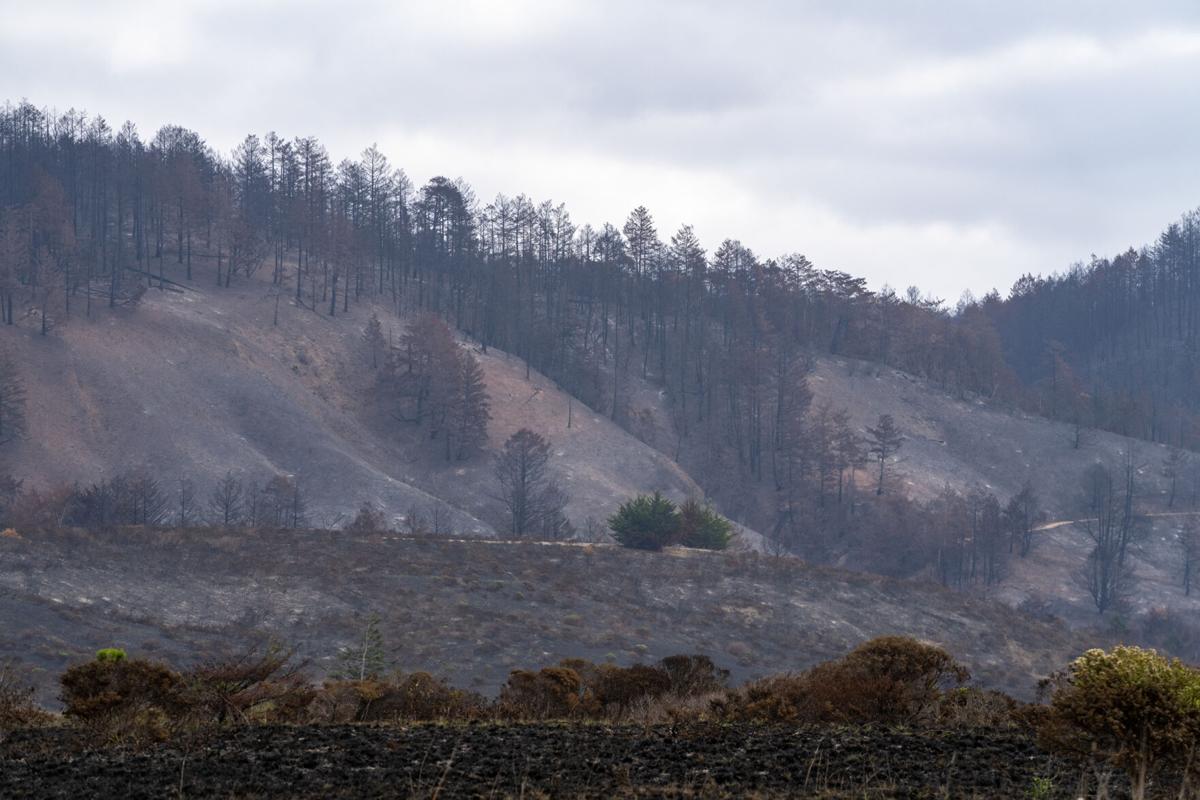 Hillsides in Pescadero that have been scorched by the CZU Lightning Complex Fire are in danger of experiencing mudslides after a future rain on Saturday, Oct. 24, 2020. Adam Pardee / Review 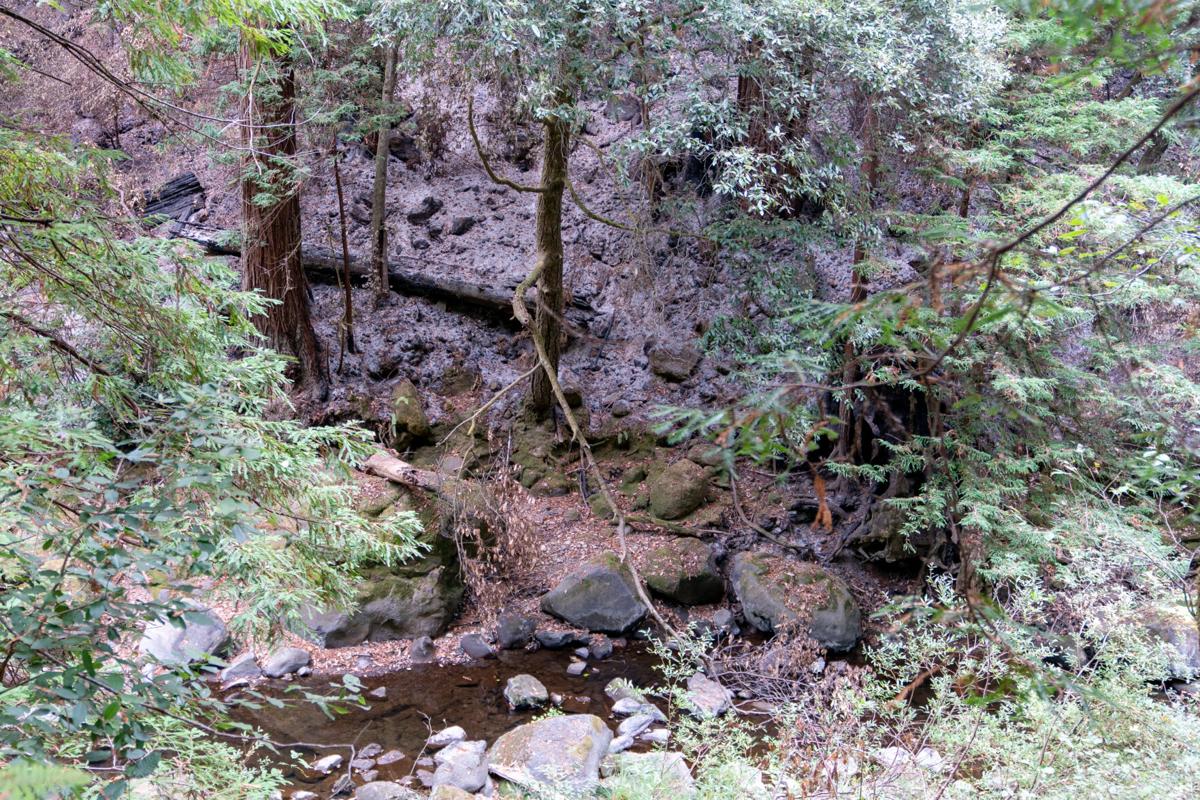 Images of warped cars, splintered wood and terrified residents flashed by on the screen. It wasn’t the aftermath of a wildfire but the story of the Bay Area flood in 1998, when several mudslides killed one person and destroyed entire neighborhoods in the South Coast. In 1982, 10 people were killed in the Santa Cruz Mountains and dozens of homes were buried after a single rainstorm stalled over the Bay Area for 32 hours.

“It was something in the back of our mind, but we were never thinking it was going to happen,” Loma Mar resident David Conners said in the 2007 documentary produced by the U.S. Geological Survey.

In the aftermath of the CZU Lightning Complex fire, South Coast residents are becoming increasingly concerned about heavy rains unmooring the burned, barren hillsides that surround their communities causing them to come crashing down.

“The first year and the first big storm carries a lot of the risk,” seismologist Lucy Jones said in a recent interview on her “Getting Through It” podcast.

San Mateo County’s Chief Communications Officer Michelle Durand said the county is working now to prepare for the coming threat. It’s established a team with representatives from across sectors, including environmental health, public works and emergency services to form an Early Warning and Evacuation Plan that Durand says will be operational before the start of the rainy season.

The team’s focus is on debris management to clean up the impacted areas, and also to alert and safely evacuate residents in the case of heavy winter storms. Durand said they are compiling contact information for affected residents now and acting on recommendations outlined in Cal Fire’s Watershed Emergency Response Team report in early October, which analyzes potential threats.

Although the greatest threat is on the Santa Cruz County side, where fire damage was more severe, the WERT report points to some South Coast areas at risk. Communities within the Pescadero Creek drainage, including Loma Mar, are at moderate risk, while the Butano and Gazos Creek watersheds may be more vulnerable to flooding and slides.

Loma Mar residents Jeff and Kate Haas, who own and operate the Loma Mar Store, said they and their neighbors are worried about what’s to come this winter. They feel lucky that only one side of the hill near their store burned, and that it’s likely to escape a slide. But there’s more to think about, including the potential of downed trees and contamination to Pescadero Creek.

“The health of the creek is an angst out here,” Kate Haas said.

The San Mateo Resource Conservation District is one agency that works with homeowners to insulate their properties and the local ecosystems from disaster. Its website recommends placing mulch or hay bales around burnt areas, clearing debris upstream and inside of culverts, and watching for any hillside movement — with an emergency plan in place.

Ultimately, Chris Conners, who saw what happened to his parents’ house just two decades ago, said there isn’t much that can be done to stop a fast-moving landslide. He’s told residents who are hoping to clear their land of debris to wait, or to only remove the most flammable materials to retain some materials that can absorb water. But his bigger priority is early notification and evacuation, ideally two to three days before a wall of mud and debris comes crashing down hundreds of feet.

“It's just going to push everything out of its way — and Loma Mar is at the bottom,” Conners said.

The little community in the Santa Cruz Mtns. where I lived in the '80s experienced over 15" of rain during Jan.3-4 1982. Love Creek mudslide occurred at the same time. Frozen in my memory.