You are the owner of this article.
Edit Article Add New Article
You have permission to edit this article.
Edit
Welcome, Guest
Home
News
Coronavirus
Sports
Community
Opinion
Obituaries
Classifieds
Calendar
Services
About
SUBSCRIBE
1 of 5 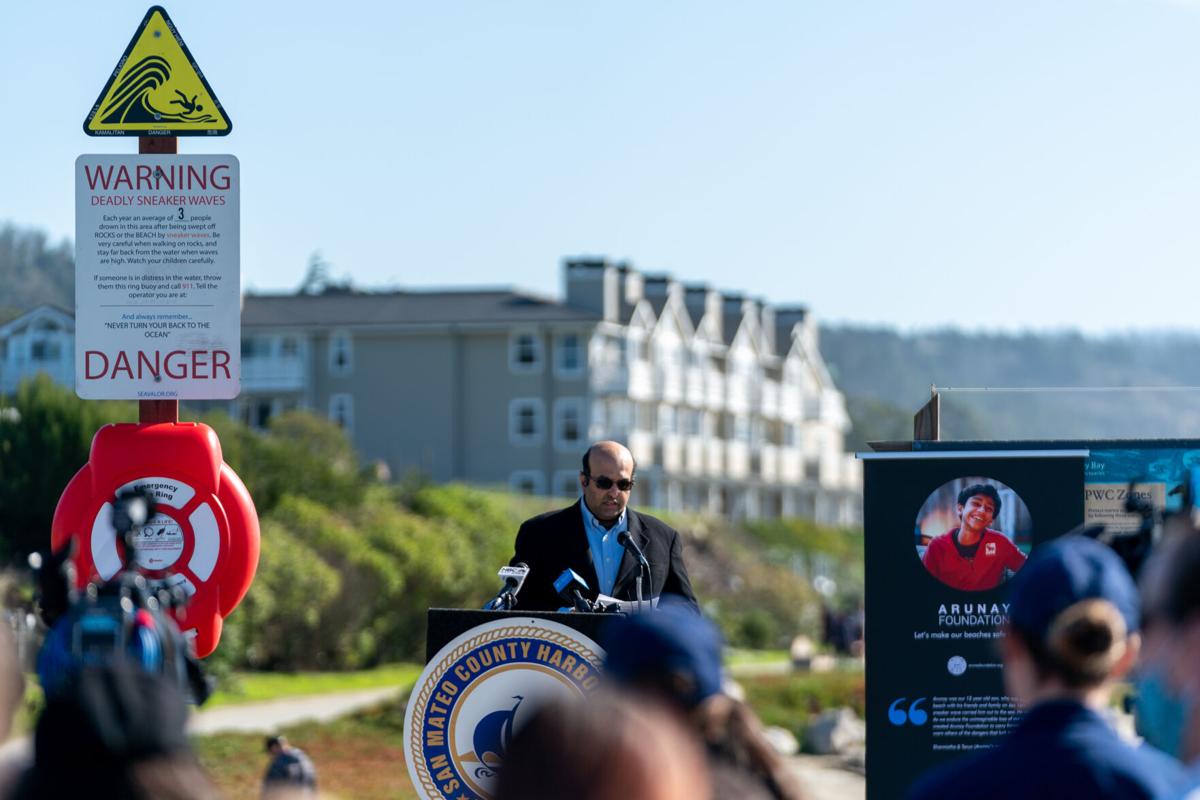 Family friend Vikram Saxena speaks on behalf of the Pruthi family during an event dedicated to Arunay Pruthi and the installation of life saving rings at beaches on the Coastside. Adam Pardee / Review 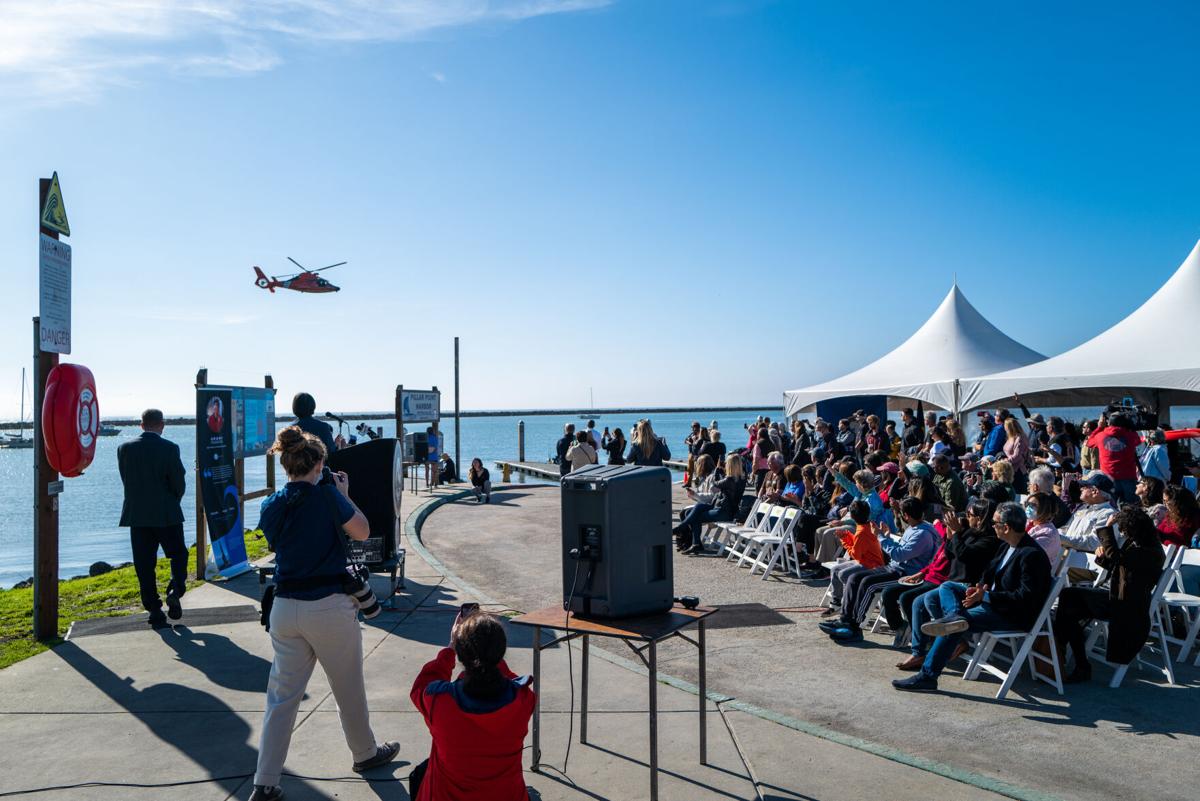 A Coast Guard helicopter flies over a ceremony dedicated to Arunay Pruthi and the installation of life saving rings at beaches on the Coastside. Adam Pardee / Review 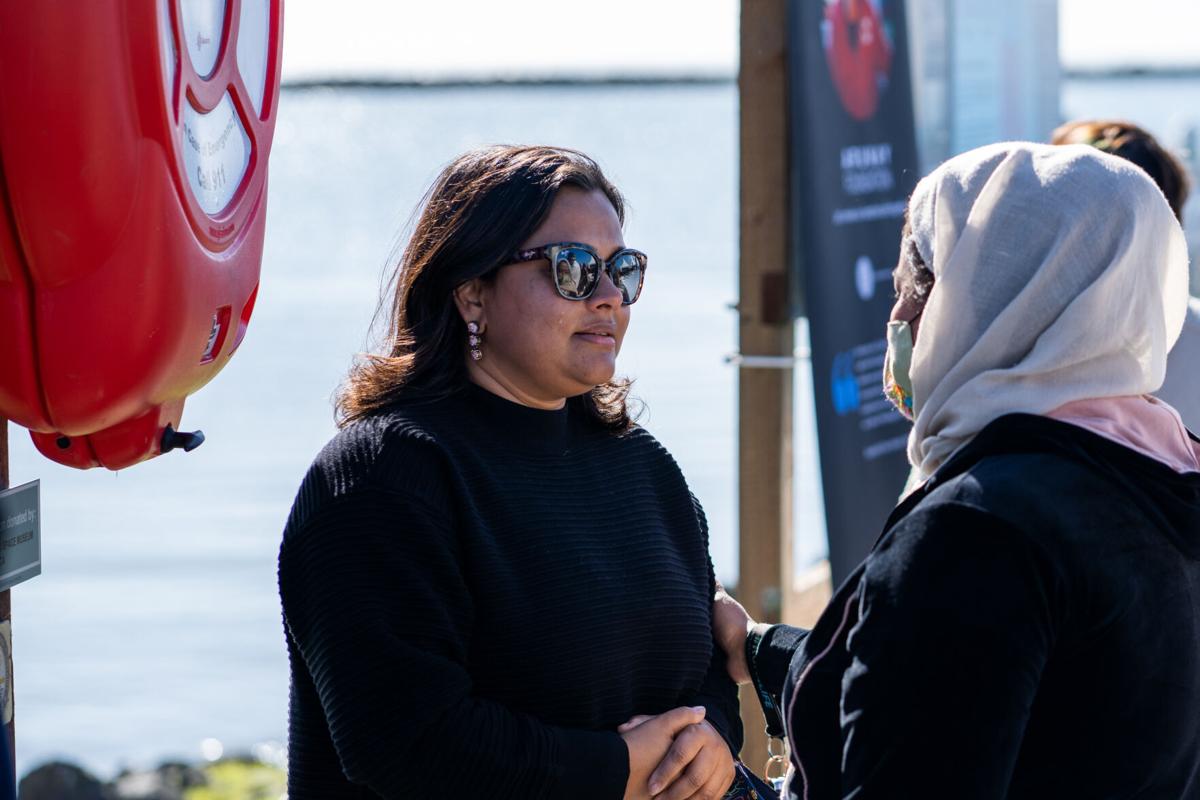 Mother to Arunay Pruthi, Sharmistha Pruthi, speaks with Raunak Choudhury after the event dedicated to her son and the installation of life saving rings along the Coastside. Adam Pardee / Review 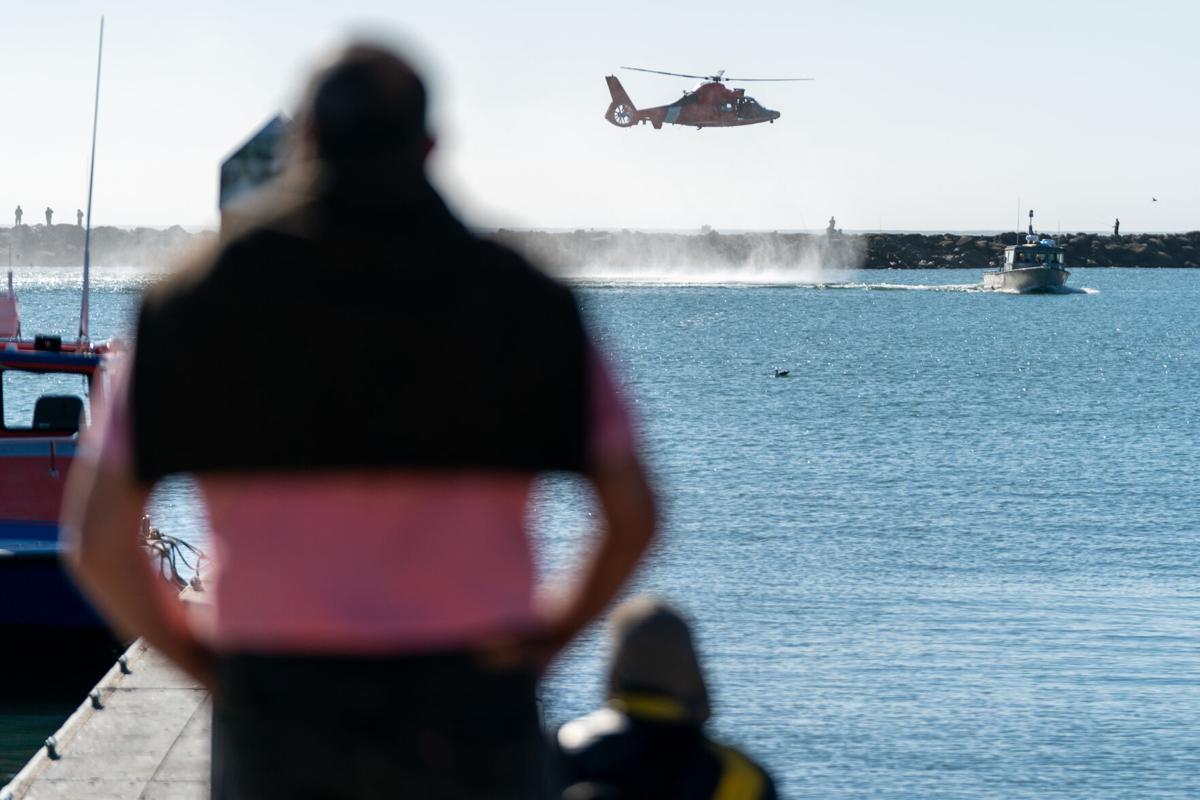 The Coast Guard performed a mock water rescue during an event dedicated to Arunay Pruthi and the installation of life saving rings at beaches on the Coastside. Adam Pardee / Review 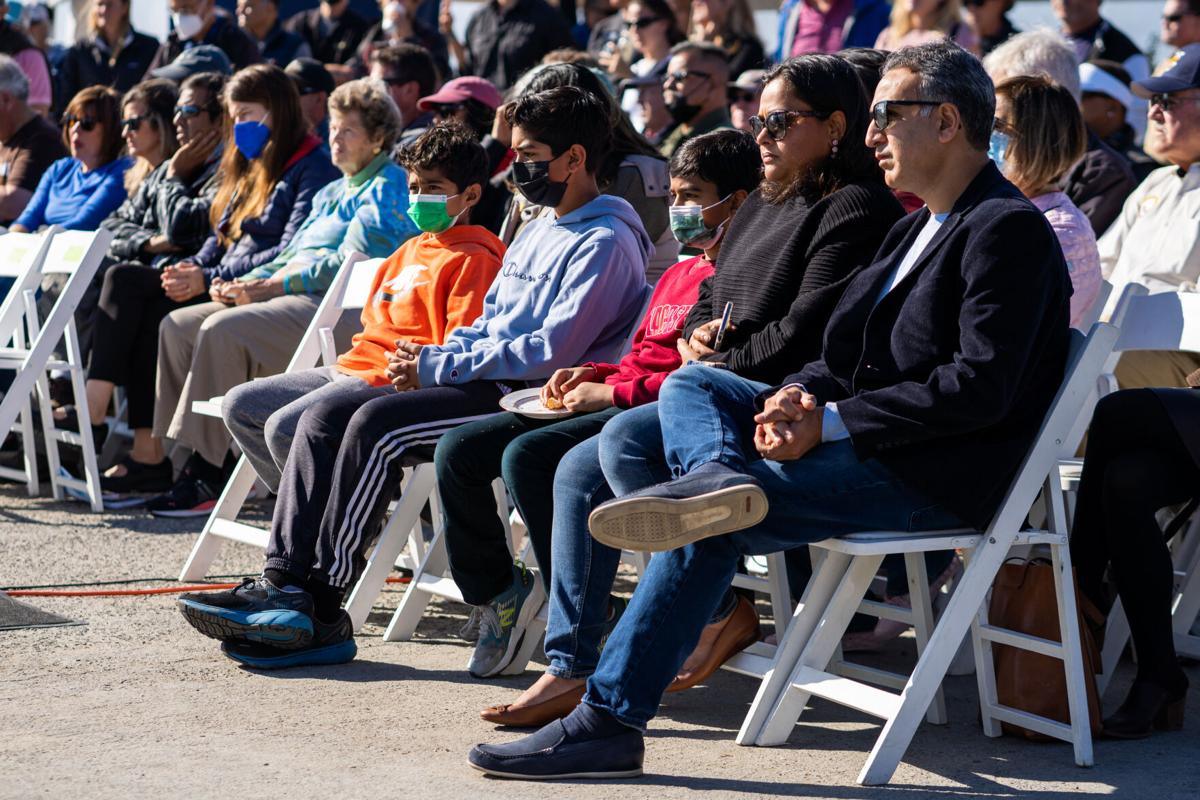 Mother and father to 12-year old Arunay Pruthi, Sharmistha and Tarun Pruthi, attend an event dedicated to their son who drowned due to a sneaker wave. Adam Pardee / Review

The natural beauty of the Coastside spans sprawling beaches and vast cliffs buffeted by the relentless energy of the Pacific Ocean. From Half Moon Bay to Pescadero and beyond, there are a myriad of coves, hidden gems and isolated stretches of sand that have attracted both longtime residents and passersby here for decades.

But it’s these isolated patches that worry emergency rescue personnel when victims end up in the ocean. Because road access is limited, it’s often up to boats launched in Pillar Point Harbor or U.S. Coast Guard helicopters launched from the San Francisco International Airport to search for people who need help at sea.

It’s the same stretch of coast the volunteers searched for a month looking for Arunay Pruthi, a 12-year-old Fremont boy who drowned in January after being swept off the beach from Cowell Ranch State Beach.

Galvanized by the loss, the Pruthi family formed the Arunay Foundation, a nonprofit aimed to educate people on coastal hazards and reduce beach accidents. On Nov. 10, the Pruthi family joined dignitaries from San Mateo County and emergency rescue personnel for a ribbon-cutting ceremony of three life ring buoy stations in Pillar Point Harbor, rescue equipment they believe will make a difference in beach safety on the Coastside.

“While these life-saving stations allow us to take one small step for Coastside safety and rescue, they also remind us that our world can change forever in a few seconds,” said Harbor District Commission President Virginia Chang Kiraly.

After the San Mateo County Harbor District received a Coastal Development Permit waiver last month, the three buoys will be installed within the next several weeks, with two near Surfer’s Beach and one at the end of Pillar Point near Mavericks, General Manager Jim Pruett said. The district and the family hope to see these kinds of buoys installed in state and city-owned beaches into Pacifica and down the coast.

“We want to take a three-pronged approach, educate, equip and inform,” said Vikram Saxena, the foundation’s secretary and friend of the Pruthi family.  “We want to introduce young minds to the ocean environment while letting them know of the hidden hazards, the rip currents and sneaker waves and other beach hazards.”

About 200 people attended the ceremony, which doubled as a tribute to Arunay.  The event included comments from officials from the same agencies that searched for him in January, including the San Mateo County Sheriff’s Office and California State Parks. The Coast Guard performed a water rescue demonstration midway through speeches.

“While I hope this safety apparatus will never be needed, it’s reassuring that the community will have access to these excellent life-saving tools,” San Mateo County Sheriff Carlos Bolanos said.

The bright orange stations were designed by Sea Valor, a nonprofit that assists with ocean rescues and offers maritime activities for at-risk youth and people suffering from post-traumatic stress disorders. Each station is 8 feet tall and equipped with a circular buoy attached to 100 feet of rope. There is also signage in multiple languages warning of high surf and each station has its location posted in case somebody calls 911. Saxena said the foundation wants to do educational programs in schools and eventually get safety equipment installed at more state and city-owned beaches up and down the coast.

This project was floated to the Harbor District in May when Arunay’s mother and father spoke with the board and recounted the tragic events the day they lost their son. They said Arunay tried to help his brother get back to shore after being taken out by a sneaker wave, only to get caught himself. For 15 minutes his family tried to throw nearby items like tents and towels for him to grab before they lost sight of him. Motivated by the testimony of the family, the Board of Commissioners voted unanimously to cover the construction and permitting costs of the stations.

“When I look at this life ring, I don’t just see a life ring. I see a daughter or son that’s going to survive in the future,” Cal Fire Deputy Chief Jonathan Cox said. “I see Arunay’s legacy living on.”

This version corrects the day of the event.