San Mateo County is partnering with Puente de la Costa Sur to administer 100 COVID-19 tests in Pescadero to invited residents only this Friday and Saturday as part of a pilot walk-up testing program. Read more 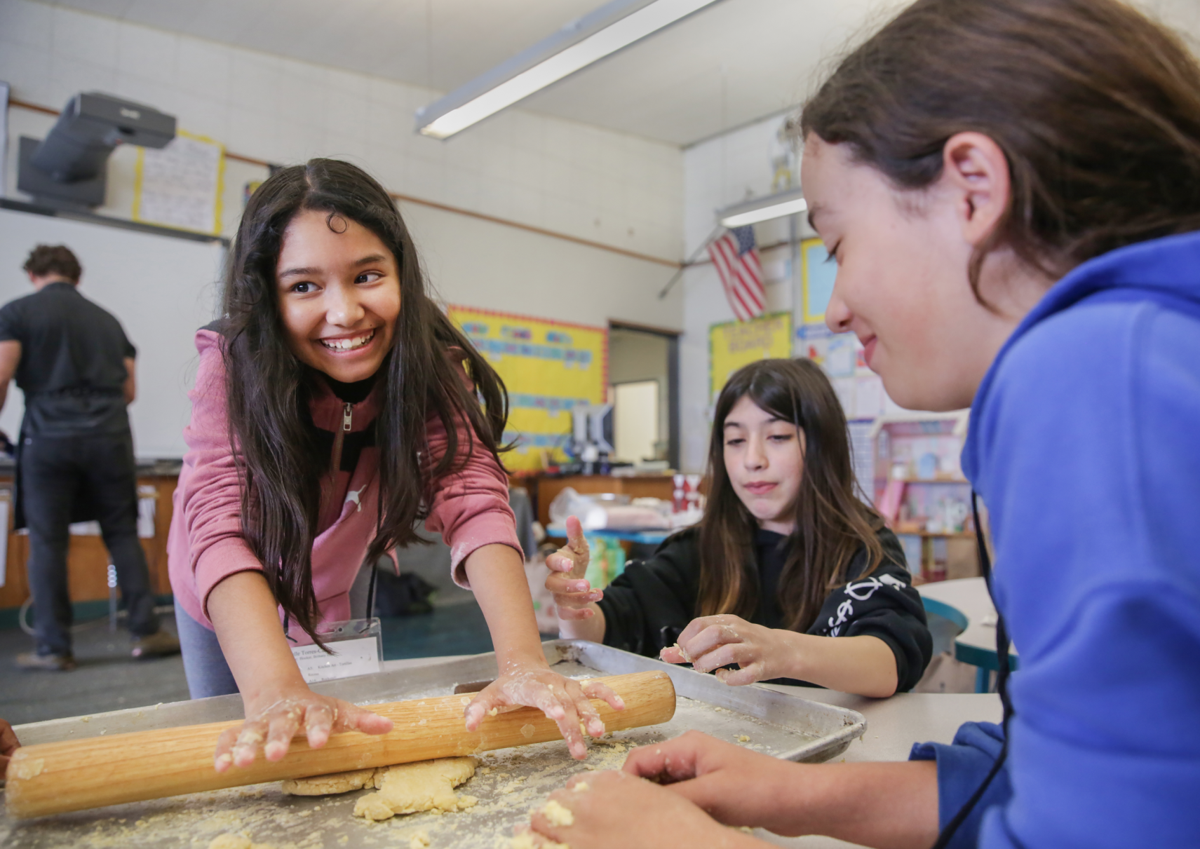 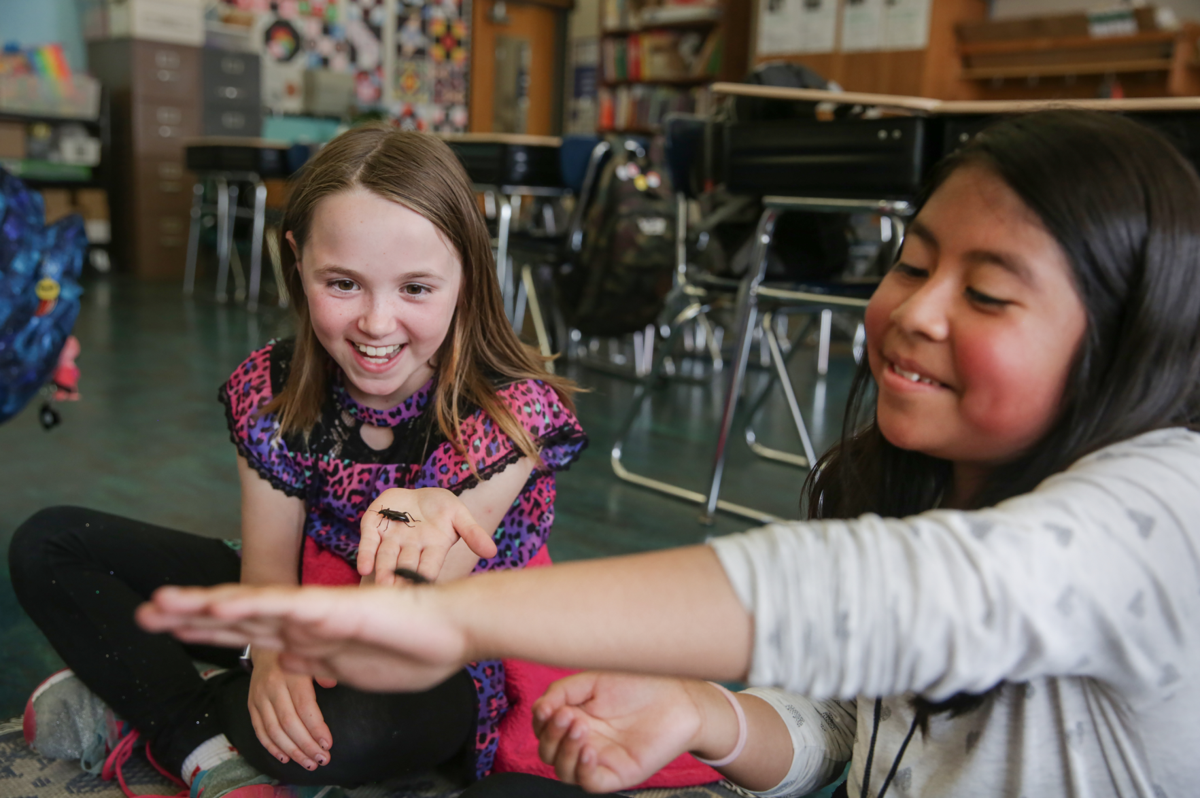 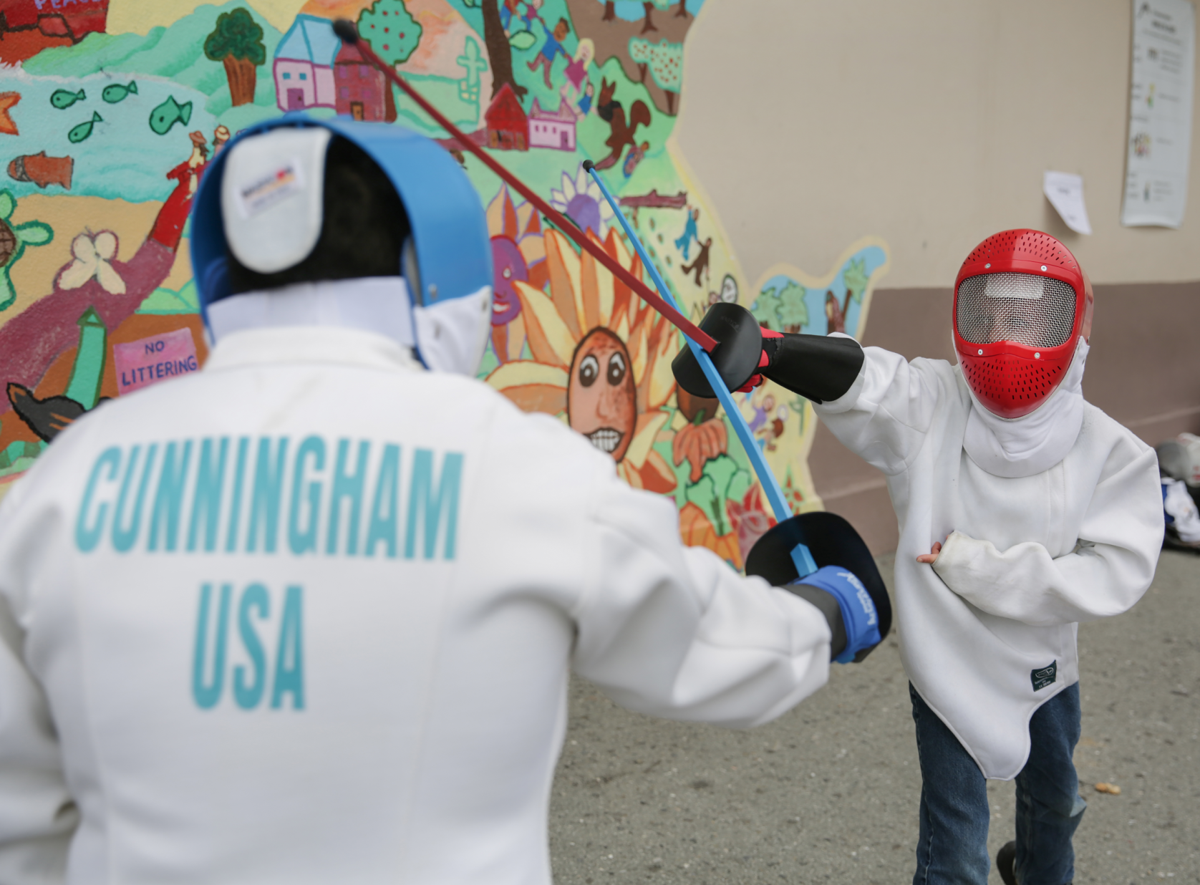 Fencing practice continues to be one of the most popular workshops at El Granada Elementary School's Art and Science Day. Kyle Ludowitz / Review 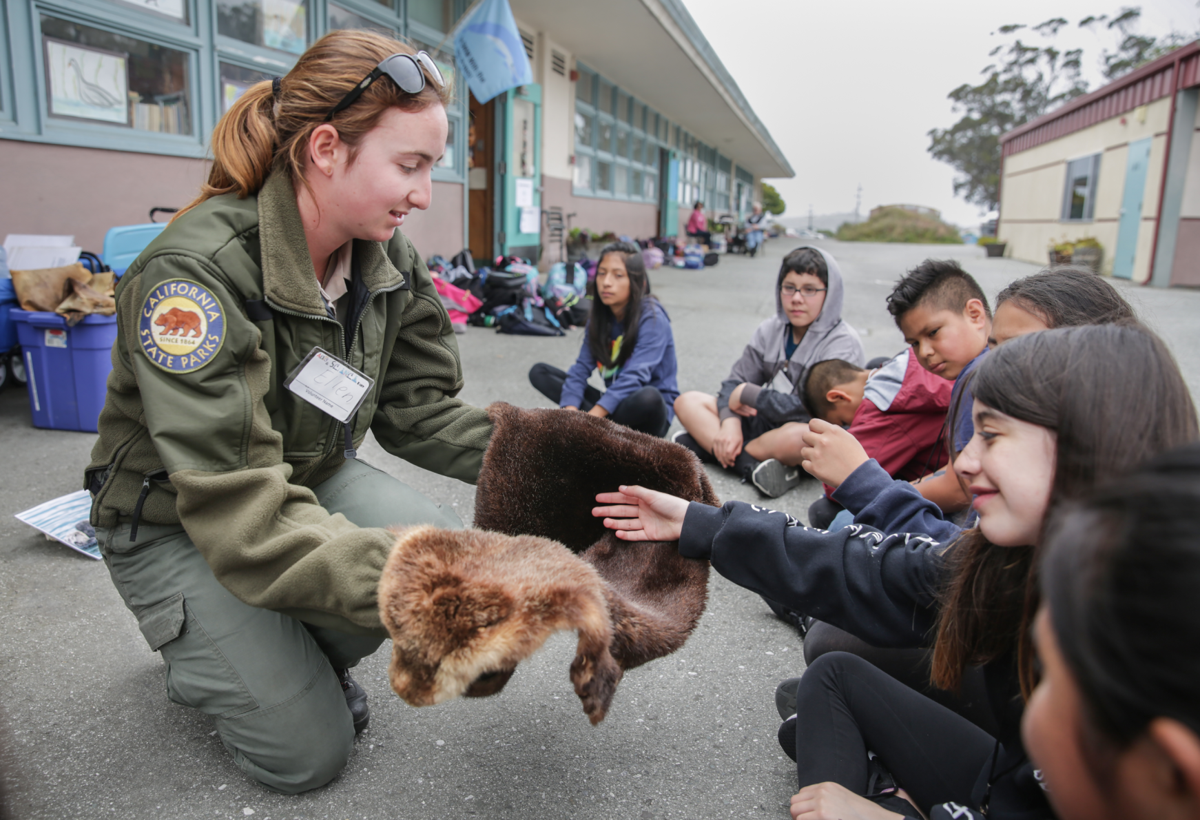 Students in the marine mammals workshop got a chance to touch a real Otter pelt. Kyle Ludowitz / Review 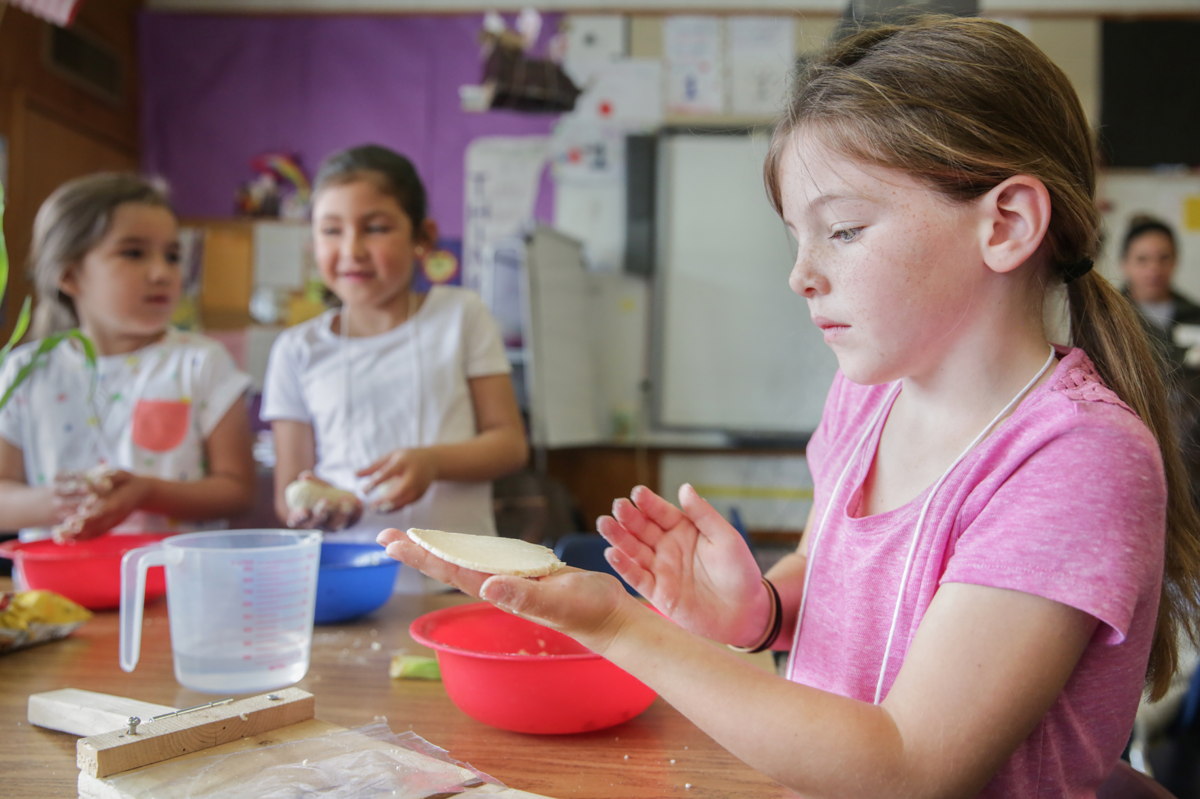 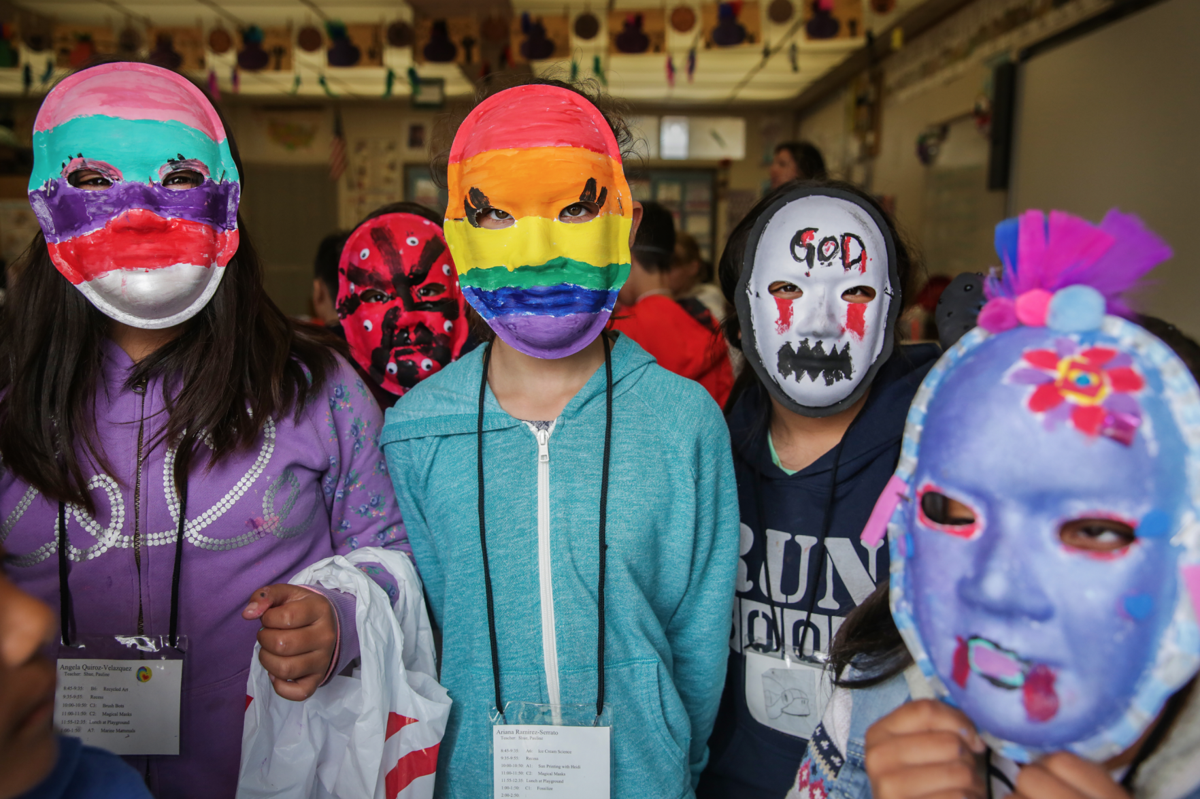 Each child brought their own unique touch at the magical masks workshop. Kyle Ludowitz / Review

Last week, at El Granada Elementary School, bright-eyed students practically vibrated with enthusiasm as they lined up to explore an eclectic assortment of fantastical workshops. The prospect of learning about the art and science behind magic, masks, fencing, fossils, ice cream and much more was almost too much to bear.

And that was before El Granada Elementary School Principal Martha Ladd revved the kids’ giddy anticipation into high gear.

“What day is today?” Ladd called out over a megaphone.

“Arts and Science Day!” replied a collective of tiny voices before bursting into cheers and applause.

Thursday’s event was the 46th year that the annual celebration has provided a venue for El Granada Elementary children to pursue their passions. But this year also marks the first time that the day of fun was extended to an entire week, explained Arts and Science Week chairperson Caroline Naito.

“It’s always been a big day,” continued Naito. “And we’ve been wanting to expand it for a few years. That’s a huge undertaking, but we were finally able to.”

Naito said that the school was able to raise enough funds at last year’s El Granada Elementary School Parent Teacher Organization auction to offset the costs of an entire week’s worth of activities.

On May 20, students kicked off Arts and Science Week with a schoolwide art project. Each student painted a fish on a rock to create a colorful “ocean” of stones that will surround “Cupcake,” the dolphin statue at the school’s entrance.

The next day, students learned about native California wildlife courtesy of Wildmind, a nonprofit that offers a variety of educational assemblies. Students got to observe a fox, great horned owl, porcupine, opossum and red-tailed hawk.

On May 22, students streamed down to Surfer’s Beach to rendezvous with Half Moon Bay High School’s marine ecology class. With the high school students acting as field guides, the elementary-schoolers conducted a census of the ghost crabs scuttling across the beach.

“They were counting and measuring (the crabs),” said Natio. “And they were determining whether the crabs were male or female. And, if they were female, determining if they were pregnant. It was really interesting.”

“If I were to say, ‘There’s a big dinosaur breaking through the ceiling,’ you guys would have to react as if there was a dinosaur,” said Krol.

“I would say ‘Hi’ to the dinosaur,” one student replied.

In a nearby classroom, students Elodie Westwood and Jayden Torres-Gonzalez rolled handmade pasta dough before cutting their culinary creations to resemble Mickey Mouse.

“We’re rolling out the dough so that when we put it in the machine, it won’t be really fat and big,” said Westwood. “It’ll be nice and thin.”

Outside, students paired up and lunged toward each other to practice the principles behind fencing with volunteer Tomek Amborski.

“It’s not like walking on a tightrope, but it’s pretty close,” said Amborksi as the kids darted forward and backward with finesse.

In total, students were able to sample from a buffet of 23 different workshops.

Naito said that she hopes students relish the opportunity to explore new areas of interest.

“And that learning is fun,” she continued. “Learning new things is fun and interesting.”