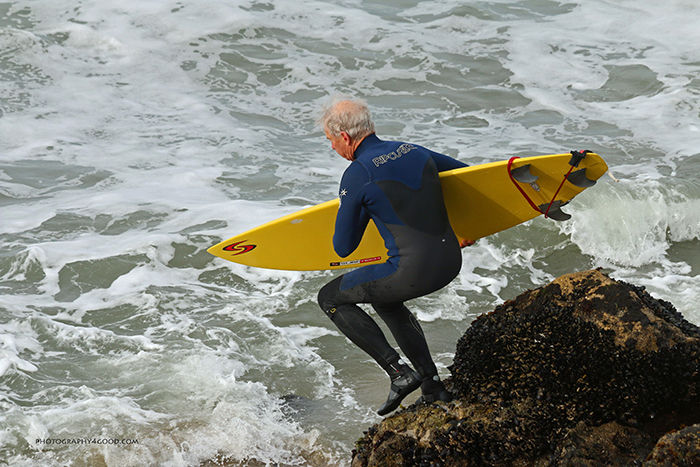 This photo was taken of Rocky Coursen as he was entering the water at the Jetty on Sunday. 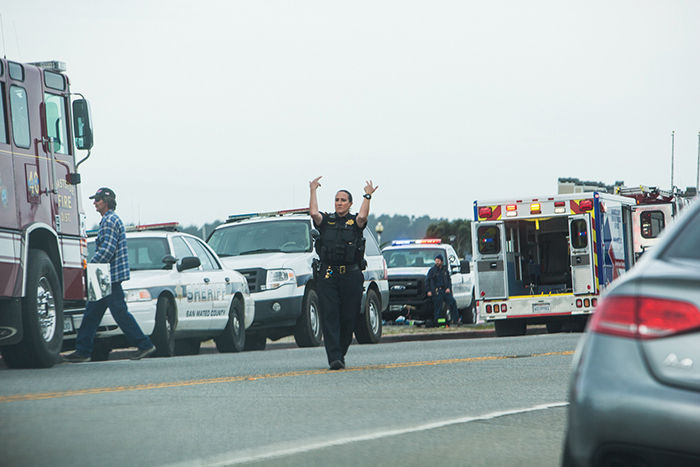 Emergency crews rushed to Pillar Point jetty on Sunday morning after the report of a surfer who was unresponsive on the beach. 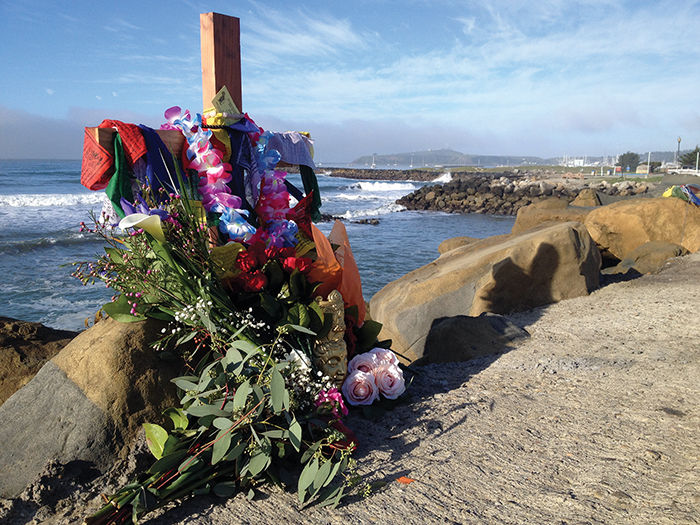 A memorial has been set up at Surfer's Beach in honor of Rocky Coursen who died while surfing on Sunday.

This photo was taken of Rocky Coursen as he was entering the water at the Jetty on Sunday.

Emergency crews rushed to Pillar Point jetty on Sunday morning after the report of a surfer who was unresponsive on the beach.

A memorial has been set up at Surfer's Beach in honor of Rocky Coursen who died while surfing on Sunday.

Local surfers are mourning the loss of one of their own this week after the death of an El Granada man on Sunday.

Richard Coursen, who went by Rocky, was surfing the jetty at Surfer’s Beach that morning when fellow surfers found him facedown in the water. They pulled the 65-year-old to shore and began administering CPR until an ambulance arrived.

Coursen was transported to Seton Medical Center in Daly City and was pronounced dead at the hospital, according to Coastside Fire Chief Paul Cole. A cause of death has not yet been released.

El Granada resident Martin Gates was at Surfer’s Beach when the incident happened and called Coursen’s daughter to alert her. Gates didn’t know Coursen personally, but says he knew him from surfing the same spots on the coast.

“He had a great energy in and out of the water,” Gates said. “We’re still reeling from the loss that we won’t see his smile again and his exuberance for being a surfer.”

A small memorial to Coursen has appeared at Surfer’s Beach. Along with flowers, someone placed a granola bar — Coursen’s favorite energy boosting snack before surfing, says Gates — and a card for Coursen’s business, Not When the Surf’s Up Home Services & Repair.

“I remember when he started (surfing) and he was just so excited about it,” Clark said Monday. “He was the kind of guy that would always take the time for ‘How’re you doing? How are the waves?’ He was super stoked on life.”

Gates said Coursen’s exuberance was evident every time he went surfing. He recalled watching Coursen get pounded by the surf or take bad wipeouts, and every time he emerged from the water fellow surfers would ask how it was.

Gates added that local surfers are working to organize a paddle-out ceremony in Coursen’s memory that would be held at the jetty or Ross’ Cove.

“His love of surfing extended to his love of life, and he really wanted to pass that on to everybody he came across,” he said. “He was just a really positive, humble man we’re going to miss.”

For those interested, we'll be having a paddle out for Rocky at 10:00 am at Surfer's Beach (El Granada jetty) at 4000 Cabrillo Hwy, North, El Grenada CA (it's just south of Sam's Chowder House). There will be a Celebration of Life and a pot luck to follow the paddle out for those that care to join us. Again, all should feel welcome and invited so please don't hesitate to come and join us as one of our own.

Mahalo (thank you) to all of those who have taken the time to read this because Rocky deserves to be remembered read about.

Thank you and hope to see you in the water!

So those of you who'd like to pay your respects, please feel free and invited to join in the festivities in celebration of this wonderful and very unique and giving man.