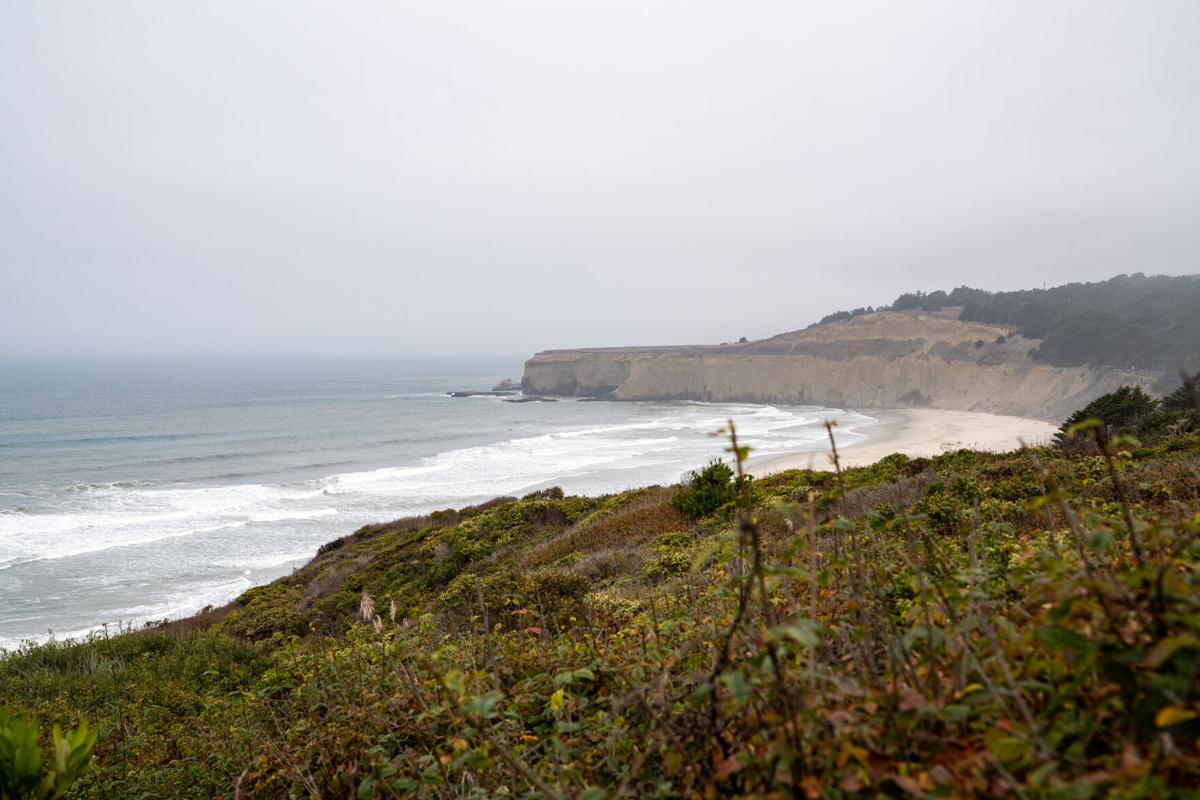 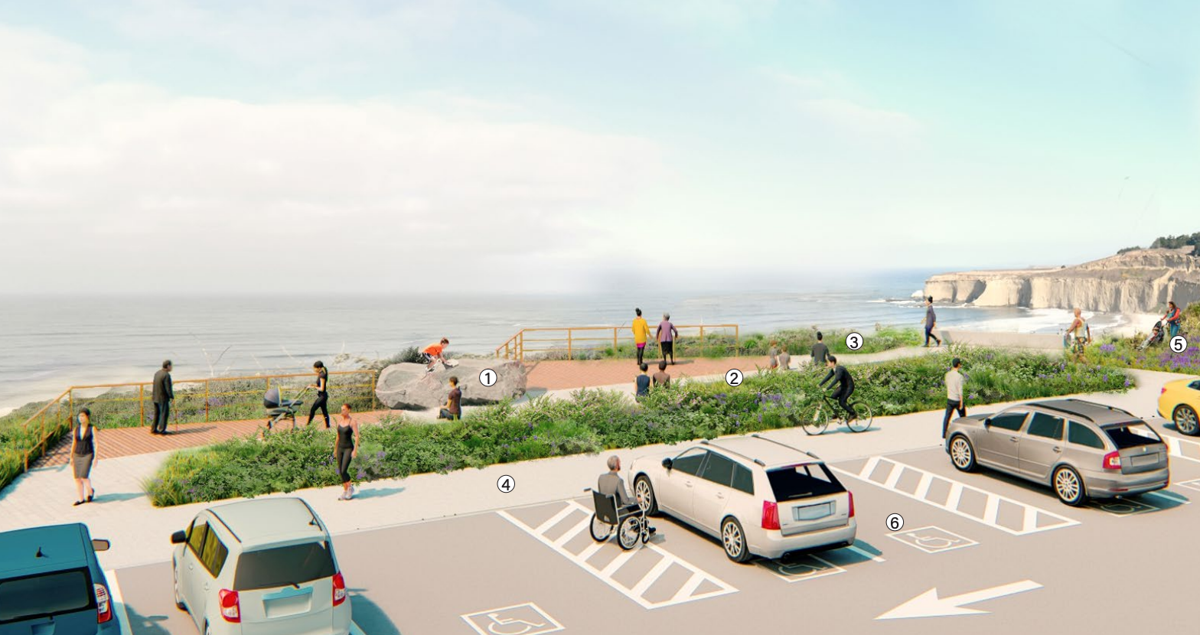 Amenities planned for Tunitas Creek Beach include parking and a better path to the beach. Illustration courtesy San Mateo County

Tunitas Creek Beach packs many aspects of the coast into the one-mile stretch. The iconic sheer cliffs. The habitats for endangered species. A mile of uninterrupted sand. A remote scenic getaway.

But the beach seven miles south of Half Moon Bay isn’t known for its accessibility. Even when it’s not closed, getting from the bluff top to the beach requires a precarious trek with ropes and sure footing over eroding sediment. That could change within two years if plans for bolstering public access and pathways by two land agencies are approved this fall.

After years of planning, San Mateo County has released designs to turn its 58-acre property into a county park. In February, the San Mateo County Board of Supervisors approved plans to build a walking path to the beach, restrooms, a ranger residence, a parking lot and a small amphitheater midway down the bluff. The development is part of ongoing collaboration between the county parks department, which owns the land, and the Peninsula Open Space Trust.

On Sept. 2, the county published its draft impact study for review and comment in order to comply with the California Environmental Quality Act. The review period ends on Oct. 1. The agencies are now in the process of getting environmental permits. Construction could begin as soon as summer 2022 and the park could open by spring 2023. The total cost of construction is estimated to be about $7 million and the park will require $1 million in ongoing operations.

In 2017, POST purchased the land from private owners but it was managed by the San Mateo County Parks Department. The county bought the property from POST through a grant from the California Coastal Conservancy for $3.2 million in 2019.

The schematic designs were based on feedback and more than 1,300 survey responses released in May and virtual meetings from October 2020. The park also plans to have signs and educational events acknowledging the Ohlone people who lived on the land before European settlers arrived.

Tunitas Creek Beach is also known for its habitats for protected species, like the California red-legged frog and San Francisco garter snake. The creek supports several species including steelhead trout and Dungeness crab.

The paved pedestrian walkway from Highway 1 to the beach is designed to be ADA compliant, but the roughly 1,300-foot path won’t be fully wheelchair accessible because of the steep cliffside and the threat of landslides, according to POST. Because the beach is a nesting site for snowy plovers and has a history of crab poaching, the park will likely have fencing installed during certain times of the year.