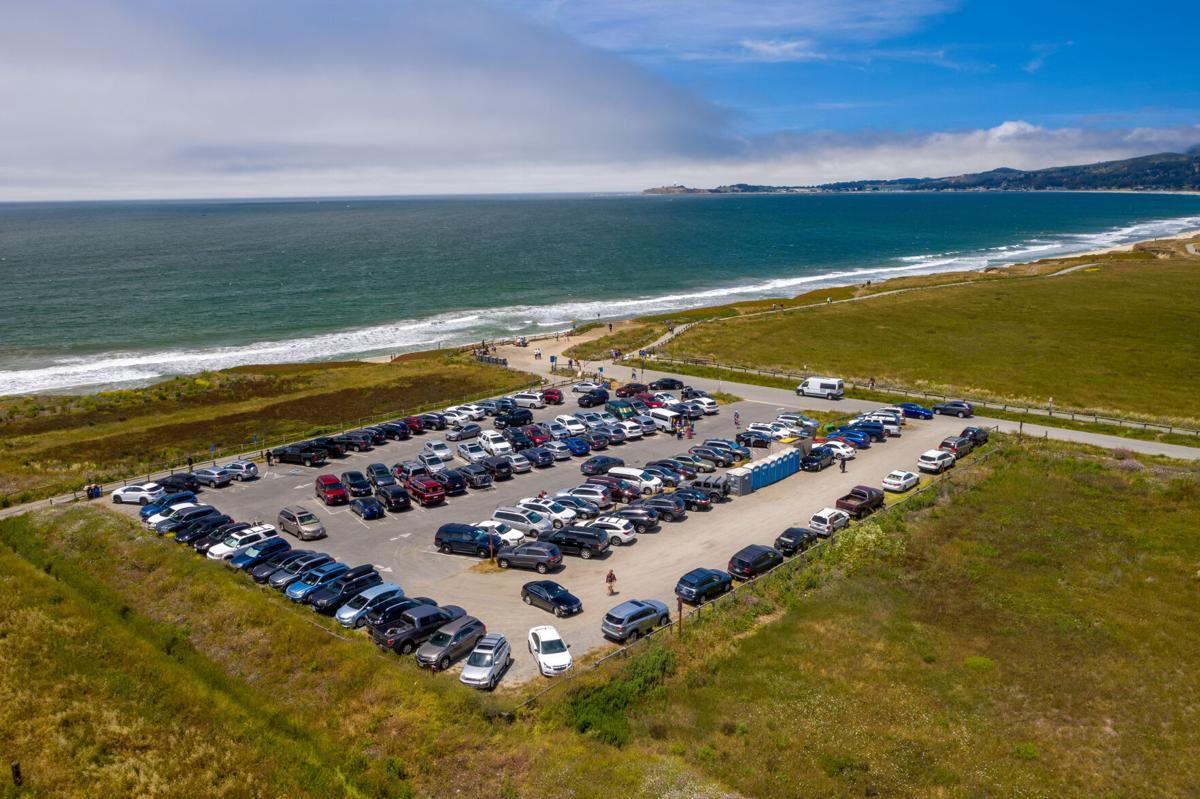 The Poplar Beach parking lot on a busy June day is proof of the draw of area beaches. Local officials struggle to control the crush while allowing access. Photo courtesy of Steve Maller. 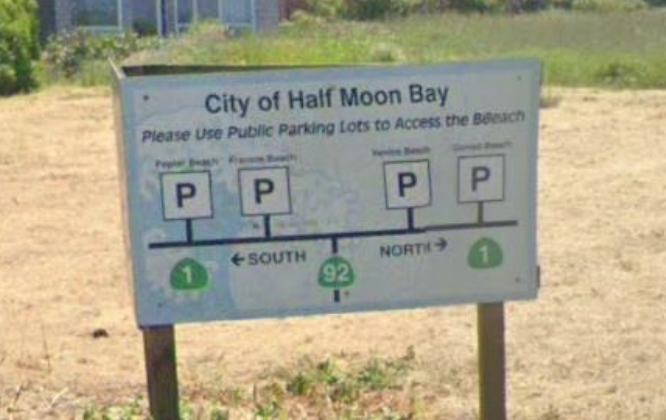 Improving signs indicating available parking are among the ideas floated on Tuesday night. Photo courtesy city of Half Moon Bay

The Poplar Beach parking lot on a busy June day is proof of the draw of area beaches. Local officials struggle to control the crush while allowing access. Photo courtesy of Steve Maller.

Improving signs indicating available parking are among the ideas floated on Tuesday night. Photo courtesy city of Half Moon Bay

The Half Moon Bay City Council went down a familiar road — one well-traveled and rutted with equally familiar permitting potholes — on Tuesday night when it heard ways to potentially ease beach parking and associated problems.

The short answer is that there is no easy answer to beach parking problems across a state that seeks as a matter of policy to encourage access to the coast.

There are about 900 beach parking spaces from the lot near Cañada Cove north to Surfer’s Beach. Bozorginia said that could probably be increased by as much as 45 spaces by reconfiguring the lines. Putting in electronic pay stations would require the cooperation of State Parks and cost as much as $150,000 to install.

Some have suggested permits for on-street parking, but staff says that may be a nonstarter with the California Coastal Commission, which considers beach access its prime directive.

Case in point: the city initiated a permit program for the Miramar and Naples neighborhoods in 2006, but it was watered down upon appeal to the Coastal Commission. It eventually only restricted parking from midnight to 4 a.m. and residents said that had no practical effect on peak-time parking. Today, the signs remain but the city has all-but abandoned the program.

Bozorginia guessed that success of a permitting program would be “a 50-50 proposition” and would take months at best to implement.

City Councilwoman Debbie Rudduck said she sees the value of permitting, but also poured cold water on any effort to call an emergency due to COVID-19 that would lead to a quick permitting process.

“It’s fraught with peril and will cost us a lot of money,” she said.

While city staff discussion largely revolved around what is politically practical, the several public speakers were more emotional and focused on the particular dangers of the moment. Speakers said visitors were not wearing masks and engaged in egregious behavior that left city residents at risk.

Thea Sullivan lives on Washington Boulevard in the northern reaches of the city. She noted the city’s parking issues have been a problem for years and are only exacerbated by coronavirus.

“We need to address this or we will be dealing with this during COVID 2.0 a year from now,” she said.

After two hours of discussion, City Manager Bob Nisbet put the work ahead into short-term, medium-term and long-term buckets. In the short-term, he said the city would work to keep garbage cans empty, portable toilets clean and to enforce existing rules. Then he would investigate striping beach neighborhood roads to in essence limit available parking. He also said he would see whether San Mateo County Health Officer Dr. Scott Morrow would allow the council to declare a local emergency in a move that would give the council more wiggle room for response. In the long-term, he will look into deals with State Parks that could give some management of existing state lots to the city.

The Coastal Commission is an organization frozen in time. The CCC needs to address the free ridership and abuse of public lands it encourages. The Commission has done good work. CA is not built to the beach like Fla. but they need reform.