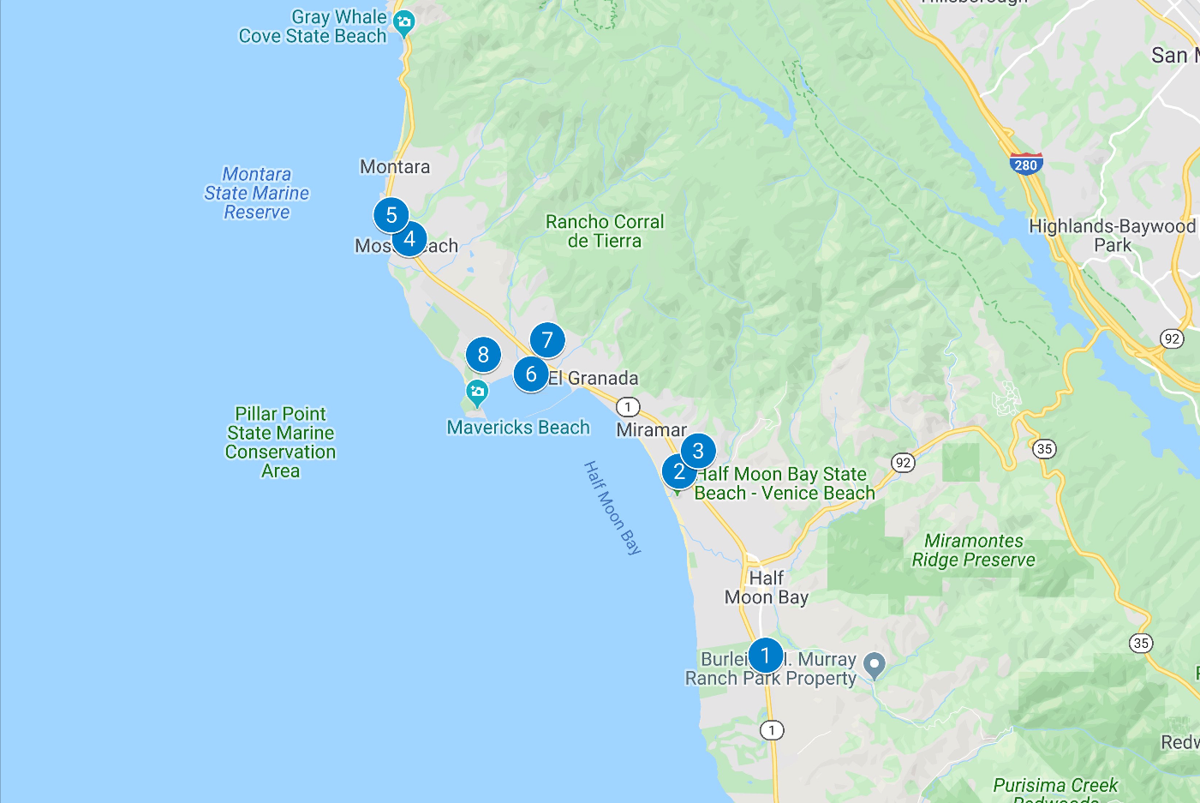 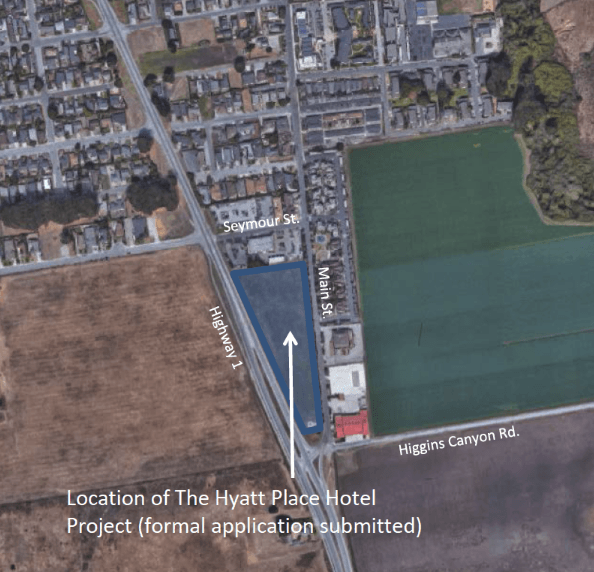 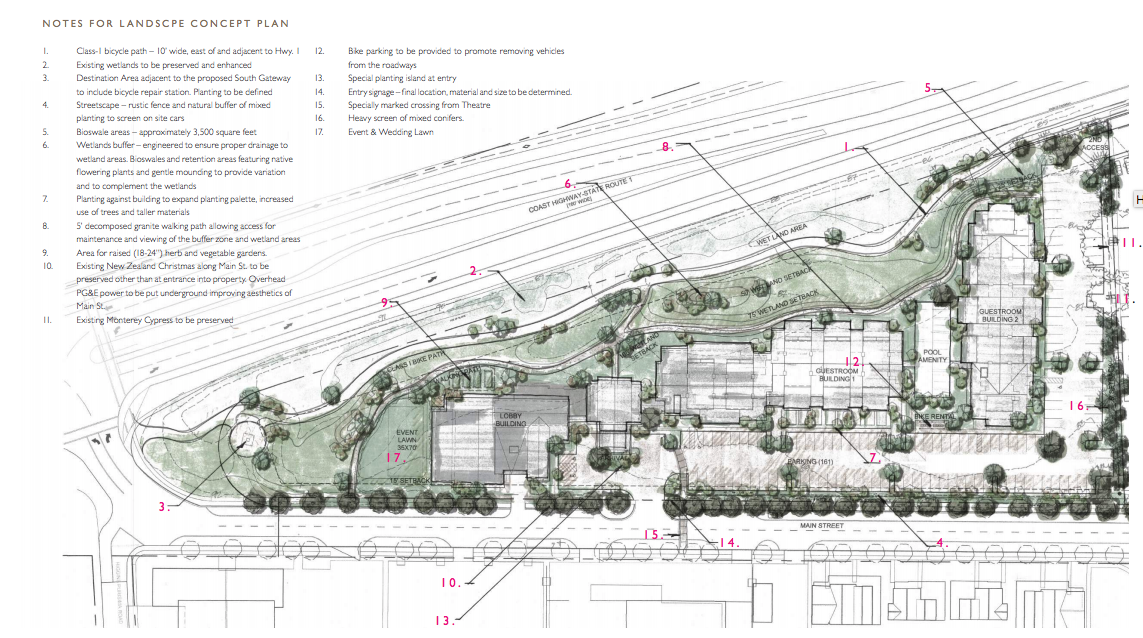 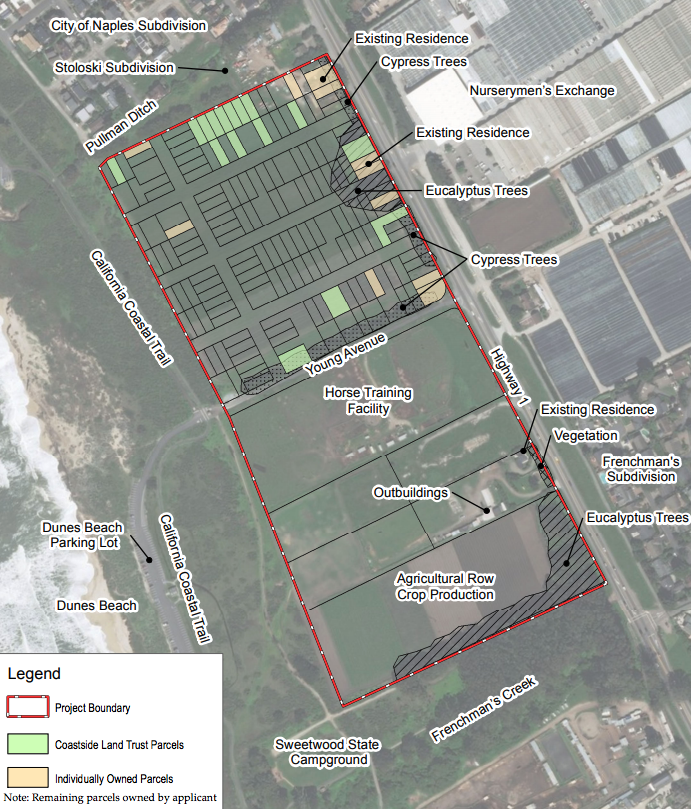 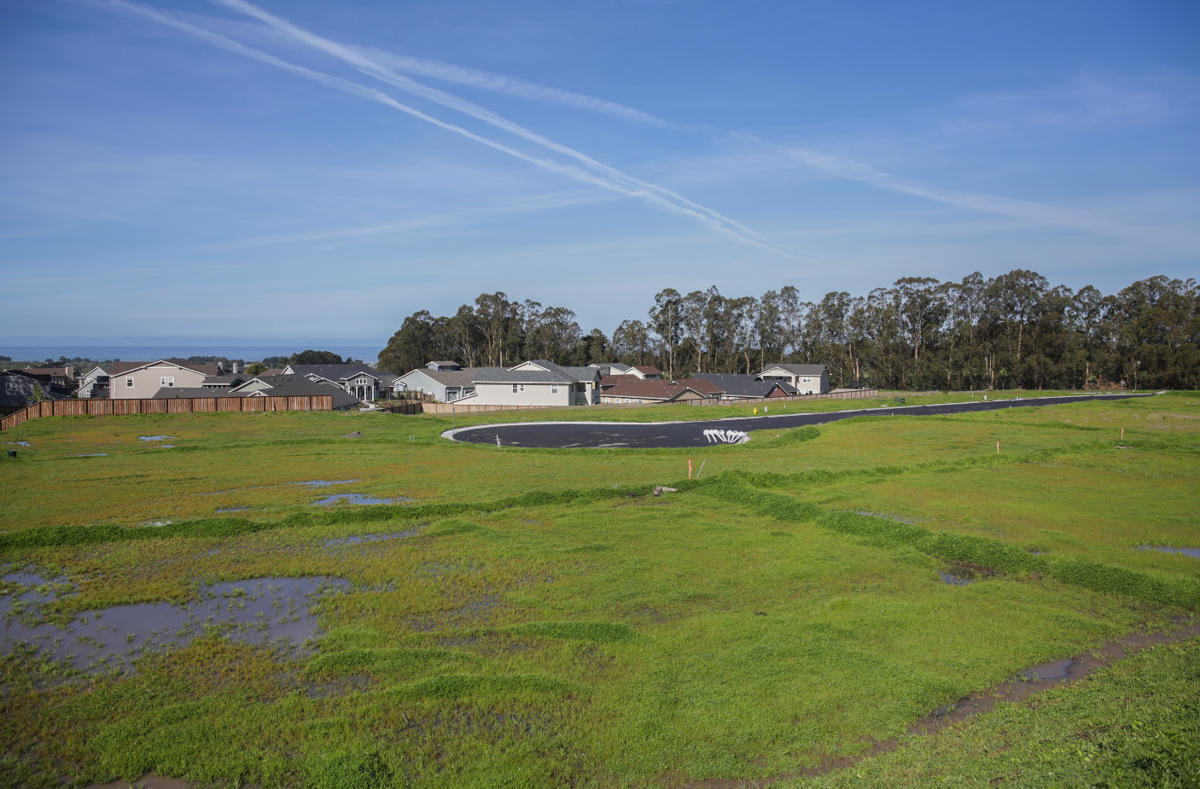 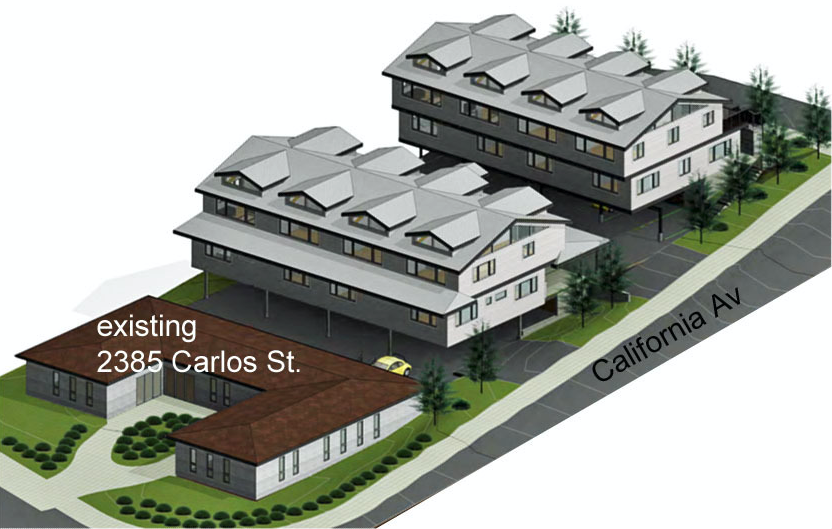 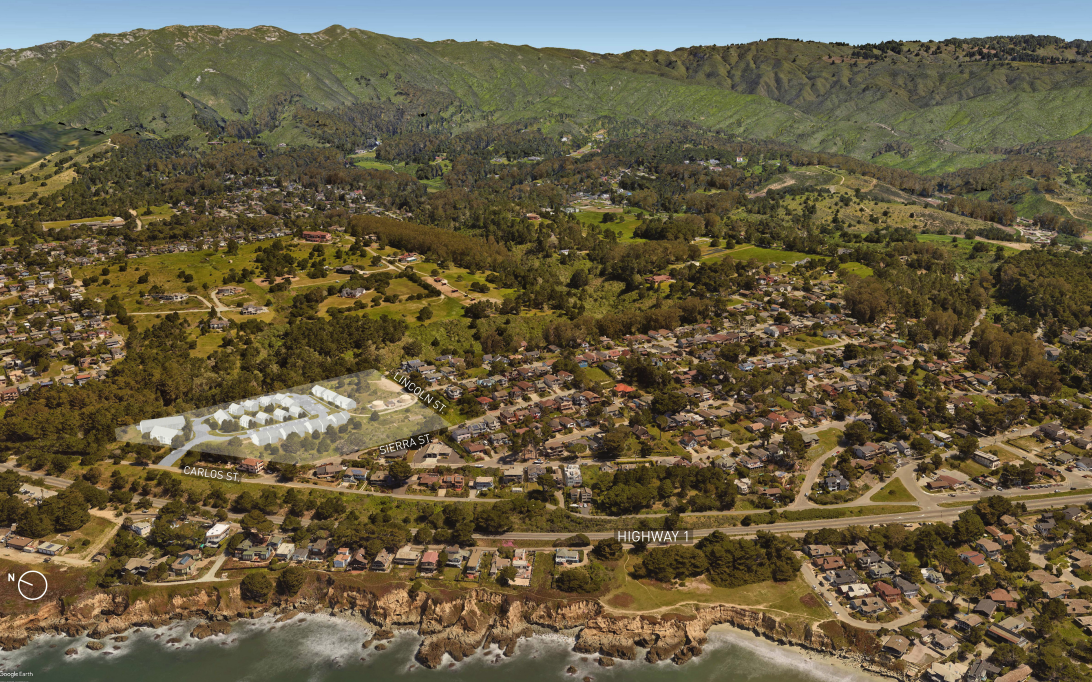 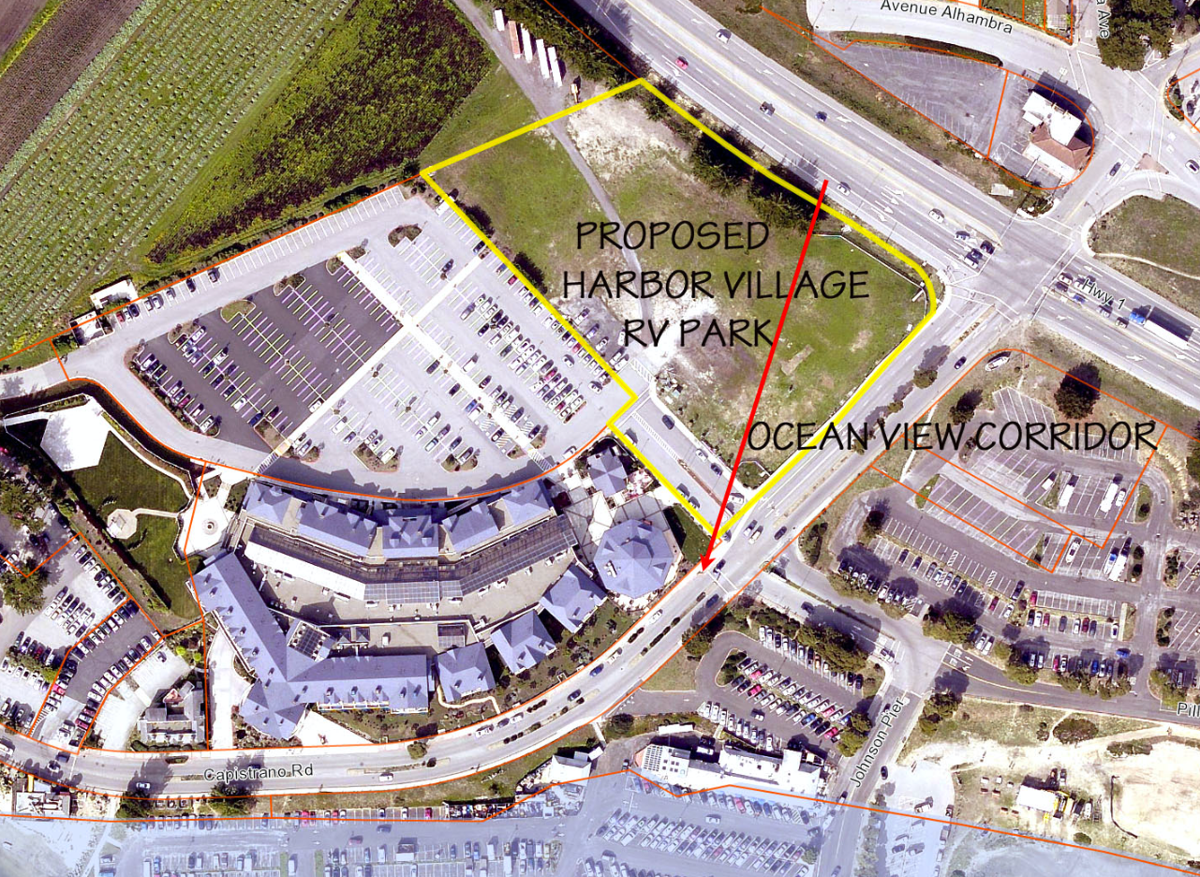 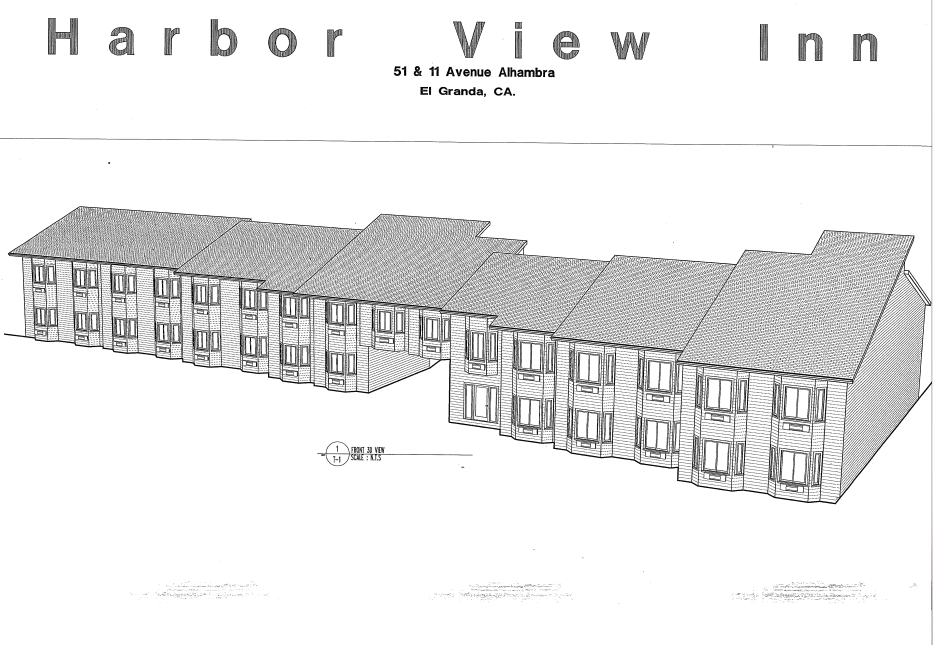 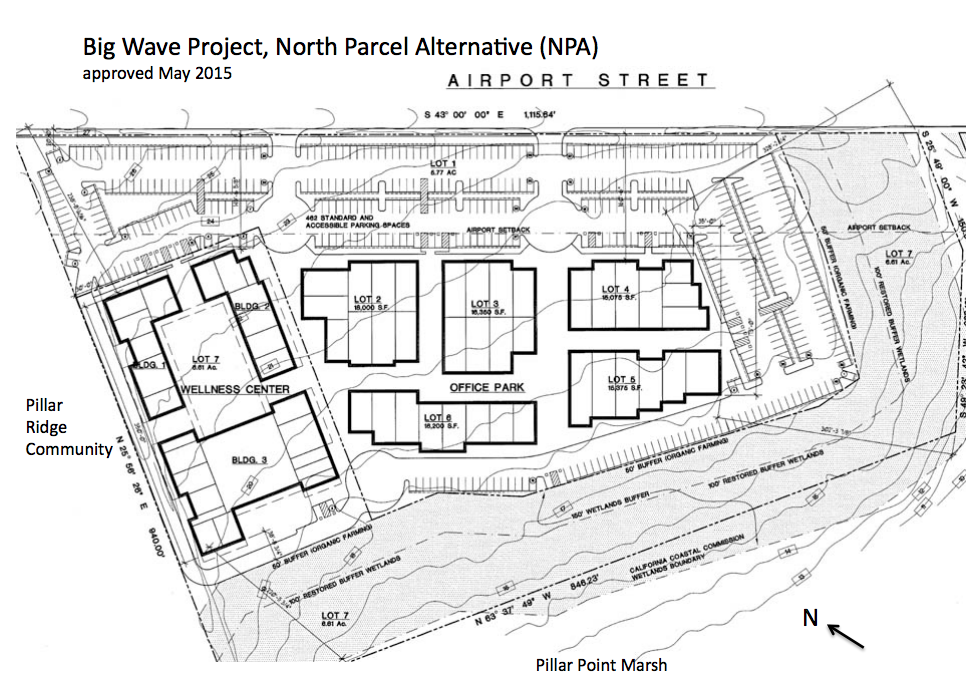 The new year is nearly upon us, and, as the calendar page turns, some major new development projects are moving through the permitting process. The projects vary. They include hotels, affordable housing, low-cost lodging, apartments and multimillion-dollar homes — and together they could reshape the Coastside.

It’s also possible none will survive the drawing board.

A unique aspect of developing on the Coastside is the requirement for a Coastal Development Permit, and many projects require other permits as well. This means the development process is generally long and projects fall in and out of the public view.

This week, we are taking a look at eight major pending development proposals in Half Moon Bay and the Midcoast to explain what the projects are, who’s behind them, and where the applications stand in the permitting process.

Where? Near the intersection of South Main Street and Highway 1 in Half Moon Bay

At the southern entrance of downtown Half Moon Bay, developer Greg Jamison is planning a Hyatt Hotel with adjoining conference center on about 5 acres of land. He submitted his application earlier this year and the city is currently in the process of reviewing environmental impacts that will be subject to public hearings in 2020, according to Community Development Director Jill Ekas.

Since the project was proposed in 2018, it’s been reduced in size and location. The project site is near wetlands. To accommodate, Jamison has moved the buildings back by about 100 feet. Ekas said the project is an active application currently seeking a Coastal Development Permit once the environmental review is complete.

“We have about six more months to go to get to the final hearings (on the environmental review),” Ekas said.

City leaders consider it a vital piece of real estate and a gateway into the city. The design of the hotel is described as a “large modern farmhouse with an adjacent barn, farm buildings and greenhouses” with the buildings mimicking the farmsteads of the Coastside.

Public concerns to date include the aesthetic of the hotel and impacts to traffic, Ekas said. Others welcomed an affordable rate hotel and the use of the many parking spaces offered on the property.

If the project is approved, it would be the first hotel in Half Moon Bay since the completion of the Best Western next to Cameron’s Pub and Restaurant in 2018.

One of the largest proposed developments in Half Moon Bay is also one of the most controversial. Developers submitted their project application in September, outlining the details of their plan for a high-end hotel, a hostel with a capacity to fit up to 40 beds and an RV park equipped with an outdoor lounge area, bathrooms with showers and a swimming pool.

“It’s at the very beginning of the process,” Community Development Director Jill Ekas said. “... The city’s review is going to take a while.”

Shortly after submitting the application, more than 100 people attended a Half Moon Bay City Council meeting, some with signs reading “Save Dunes Beach.” Some opponents of the project say the land should be preserved as open space and claim this project will negatively impact the Coastside by causing more visitor traffic, among other things.

The project encompasses portions of land owned by the Coastside Land Trust, the city of Half Moon Bay and private property owners.

The next step would be for the city to hire a consultant — at the developer’s expense — for the environmental review process. The city also sent the developers a letter after the application was submitted explaining outstanding issues.

“I think the main point that we’re concerned about is that their proposed amendment to the Local Coastal Land Use Plan is not just for the Dunes Beach area, but it also included other policies that could potentially impact other parts of town,” Ekas said.

In addition to requesting an amendment to the city’s certified LCP, the developers are also seeking a Coastal Development Permit and tentative subdivision map.

What? Construction of 44 single-family homes.

Where? East of Terrace Avenue

The final two phases of a luxury single-family home subdivision are awaiting a developer to finish building 44 residences in the long-planned development known as Pacific Ridge.

“All the permitting is done, but there is no real timeline on when the houses will go up,” Community Development Director Jill Ekas said.

The development has a lengthy history ending in a settlement permitting owner Ailanto Properties to construct 63 homes instead of the initially proposed 228. The original 19 lots were sold to Edenbridge Homes. Now, the undeveloped 27.2-acre area neighboring Terrace Avenue is on sale on Zillow for $13.5 million.

“We do not have any applications for the next phases other than the infrastructure that’s gone in,” Ekas said. “We don’t know when they’ll come in.”

Once the land is sold to a developer, the city will require building permits and review of the design, according to Ekas.

What? Eight-unit apartment with three levels, two buildings and parking.

Where? At the intersection of California Avenue and Etheldore Street in Moss Beach

The applicant submitted a pre-application for the project on April 9, 2019. Although county documents indicate the project appears to comply with the zoning district, which allows for a maximum of 10 units, many on the Midcoast Community Council worried these standards were out-of-date.

In 1976, the area was zoned to be a planned unit development allowing for buildings up to 36 feet tall. The Midcoast Community Council has expressed a desire to standardize height limits on the Midcoast to 28 feet.

The project would likely require multiple permits, including a Coastal Development Permit. County officials said the next step is to schedule a public hearing. No date has been set, but it could be as early as January 2020.

Where? Carlos and Sierra streets in Moss Beach

MidPen Housing submitted a project proposal last year, and, after local and state agency feedback, resubmitted its application in April 2019. The development would require amendments to the county’s zoning regulations and Local Coastal Plan land use map. The county would need to approve this amendment and the California Coastal Commission must certify it before a Coastal Development Permit could be provided.

If approved, this would be the first income-restricted family housing in the Midcoast. However, the project has come under heavy criticism from area residents who say, among other things, public infrastructure is insufficient for a project of this scale.

What? RV park with 50 spaces and seven tent camping spaces.

The Harbor Village RV Park is proposed as the third phase of a development project that began in 1989 with the Oceano Hotel and Spa, restaurants and shopping mall. Pillar Point Project Developers submitted the application in 2017 and resubmitted a year later. The environmental review was completed in September and the public comment period ended in October.

The project will go before the county Planning Commission on Dec 11, and there will be a 10-day county appeal period following the decision.

Opponents complain that an RV park is out of character with the area and would infringe upon the view corridor. Many also are concerned about traffic generated by an RV park at the harbor.

What? Hotel expansion that includes 15 more rooms, a conference room, an employee break area and office and a new reception area.

The Harbor View Inn currently has 18 rooms, and owner Anish Khimani submitted his application to expand the hotel in April 2016. The project was revised in July of this year, and county officials said the applicant has put the process on hold.

What? An eight-building development with a five-building office park project and three-building wellness center.

Where? Airport Street in Princeton

After the California Coastal Commission denied the Big Wave development in 2012, a revised project was submitted to the county three years later. The San Mateo County Board of Supervisors approved a Coastal Development Permit for the project in 2015.  The wellness center would house developmentally disabled adults with a maximum of 57 bedrooms. It also includes 554 parking spaces, boat storage lot and 92 public access parking spaces.

Although the permit has been approved, some building permits and the final subdivision map are still pending. This is holding up construction, Big Wave representatives said.

This has been one of the area’s most controversial development proposals. Some area residents have accused developers of using housing for

developmentally disabled as an excuse for an industrial park, while proponents say that is simply not true and that the project will be a win-win for the coast.