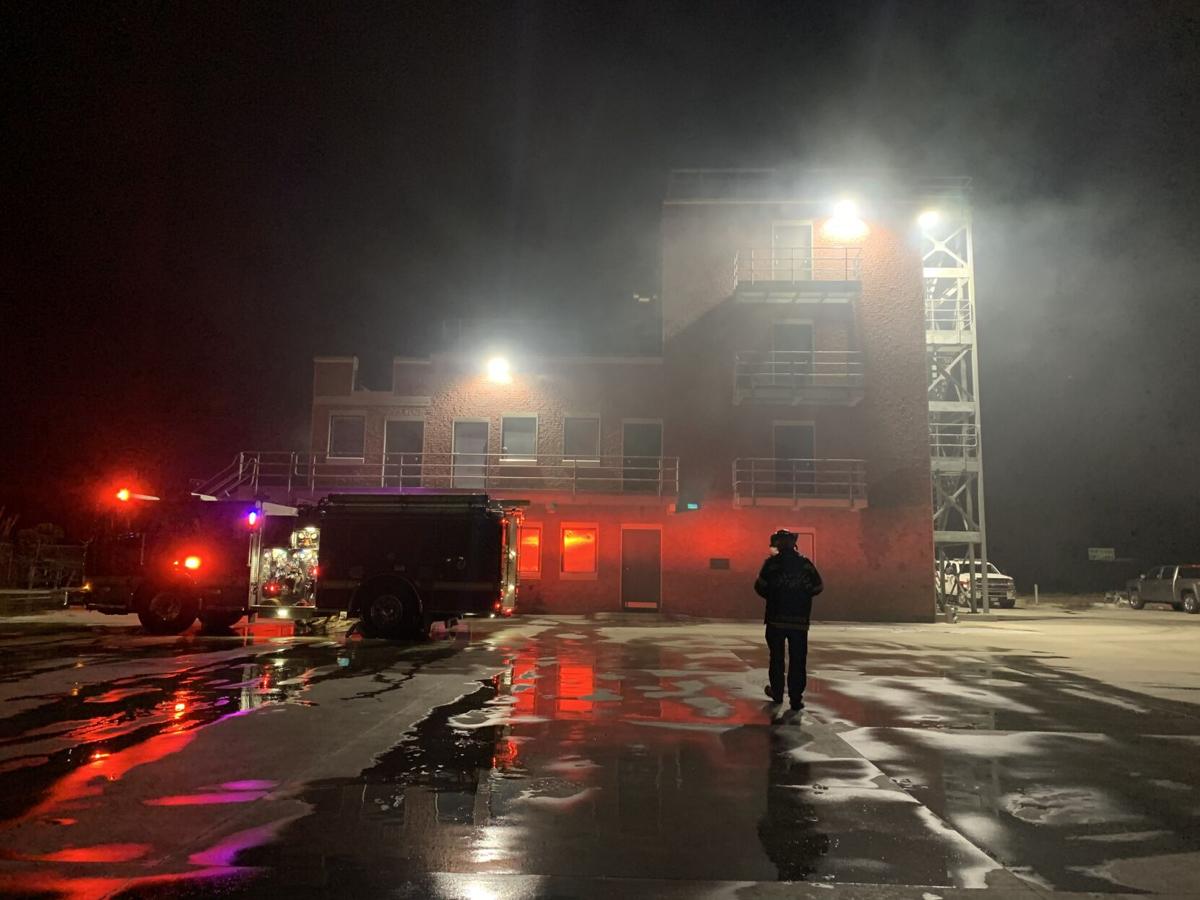 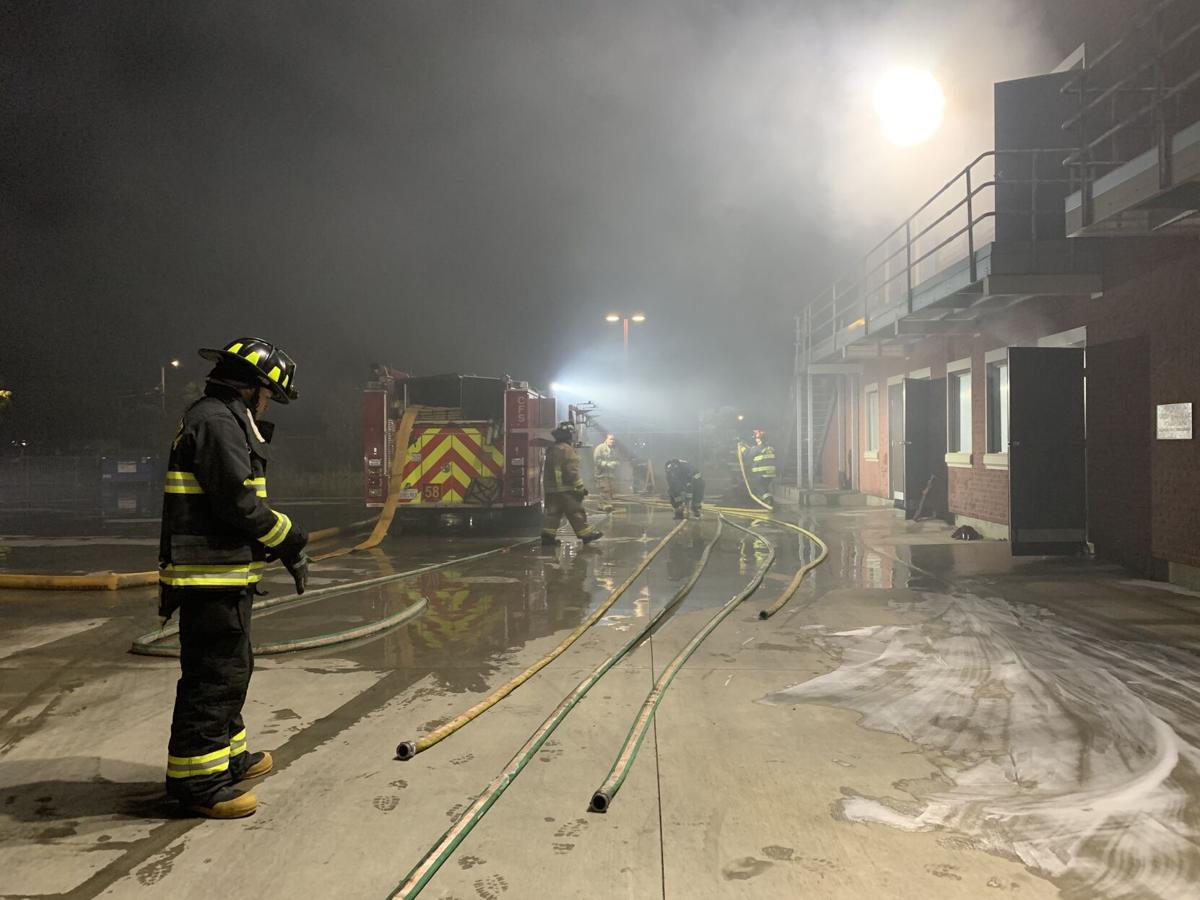 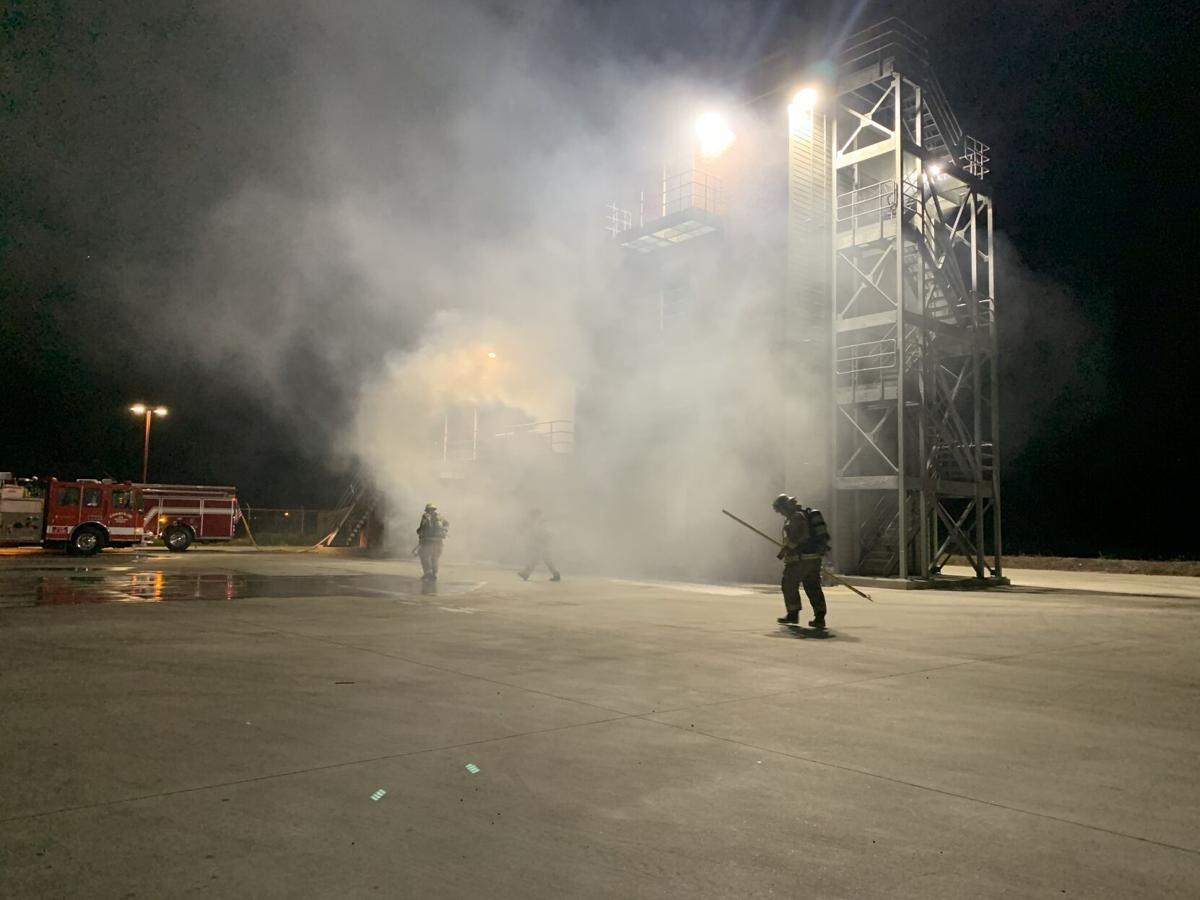 It was completely dark in Station 40’s training tower. Though it was nighttime outside, it hardly mattered with artificial smoke billowing into the building, severely limiting vision to just a few feet.

Though all seemed covered in black, the building was anything but quiet. Downstairs, a handful of volunteer firefighters moved and talked to one another as they made their way through the smoke, carrying axes, flashlights, oxygen tanks and large hoses. Dozens of volunteers waited just outside.

In theory, these “evolutions,” a series of fire suppression drills, sound simple. But completing them requires the proper steps and quality communication. This was just one situation that dozens of volunteers confronted on Thursday night at a weekly training session in Half Moon Bay.

Under the banner of the Coastside Fire Protection District, last week’s meeting was larger than usual, with multiple fire companies drilling from 7:30 to 10 p.m. The Half Moon Bay Volunteer Fire Department was present, as were engines from Cal Fire, La Honda and Kings Mountain fire departments.

The district hopes to feature more collaboration, and is already eyeing the next group of volunteers that may be involved.

On Thursday, the district began taking applications for Coastside volunteer firefighters. Those who pass the selection process will join the district’s latest fire academy, set to start in March 2021. The deadline to apply is Dec. 18. District officials say they hope volunteers joining the academy will eventually not just run drills like this but will help firefighters up and down the Coastside should an emergency arise.

To learn more and download the application, visit coastsidefire.org. Applicants can drop off an application at the mailbox at Station 40. If mailing an application, address it to Coastside Volunteer Firefighters, 1191 Main St., Half Moon Bay, CA 94019.