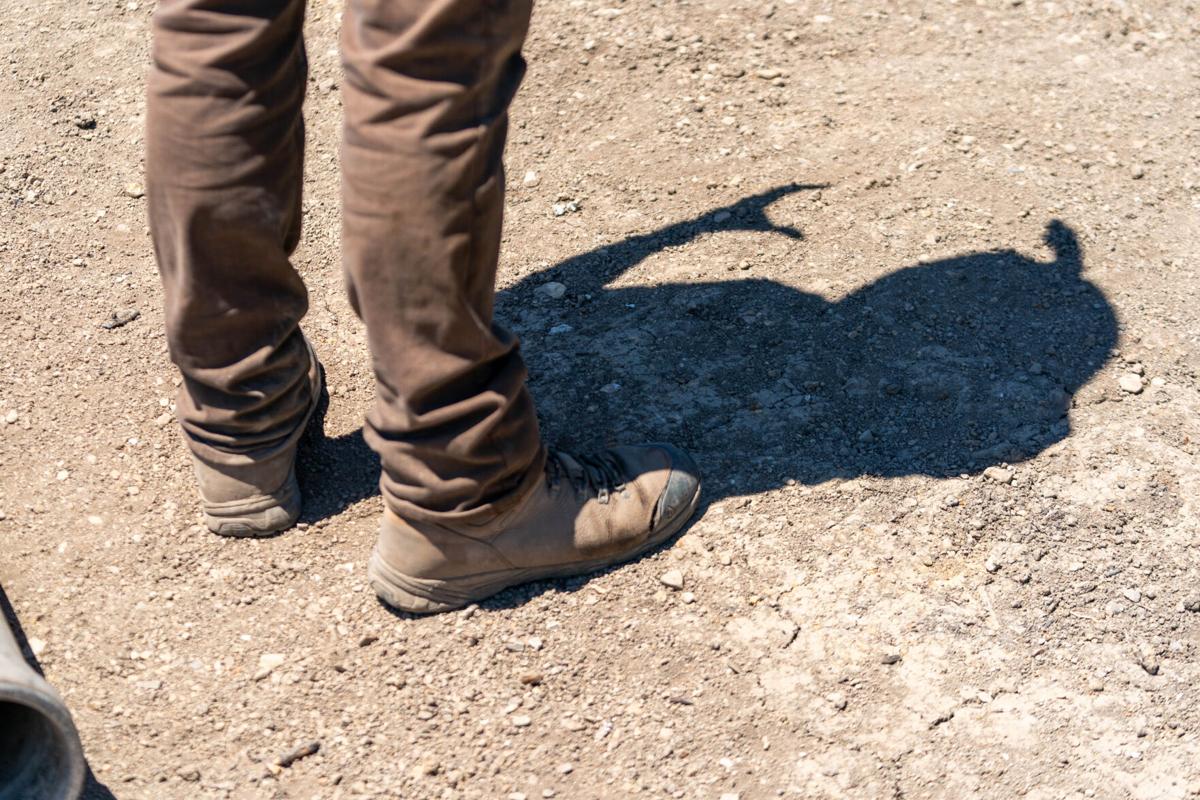 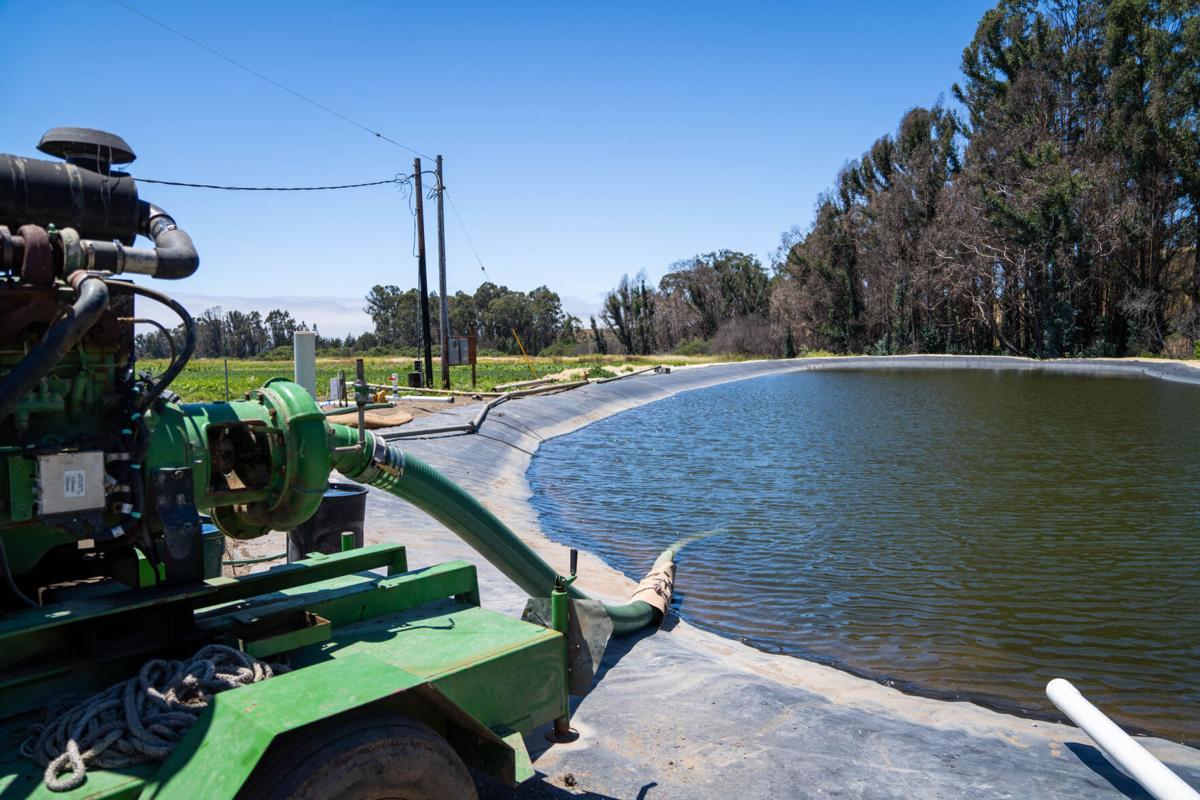 A pump line runs the irrigation at the reservoir of the Brisa de Año farm. Adam Pardee / Review 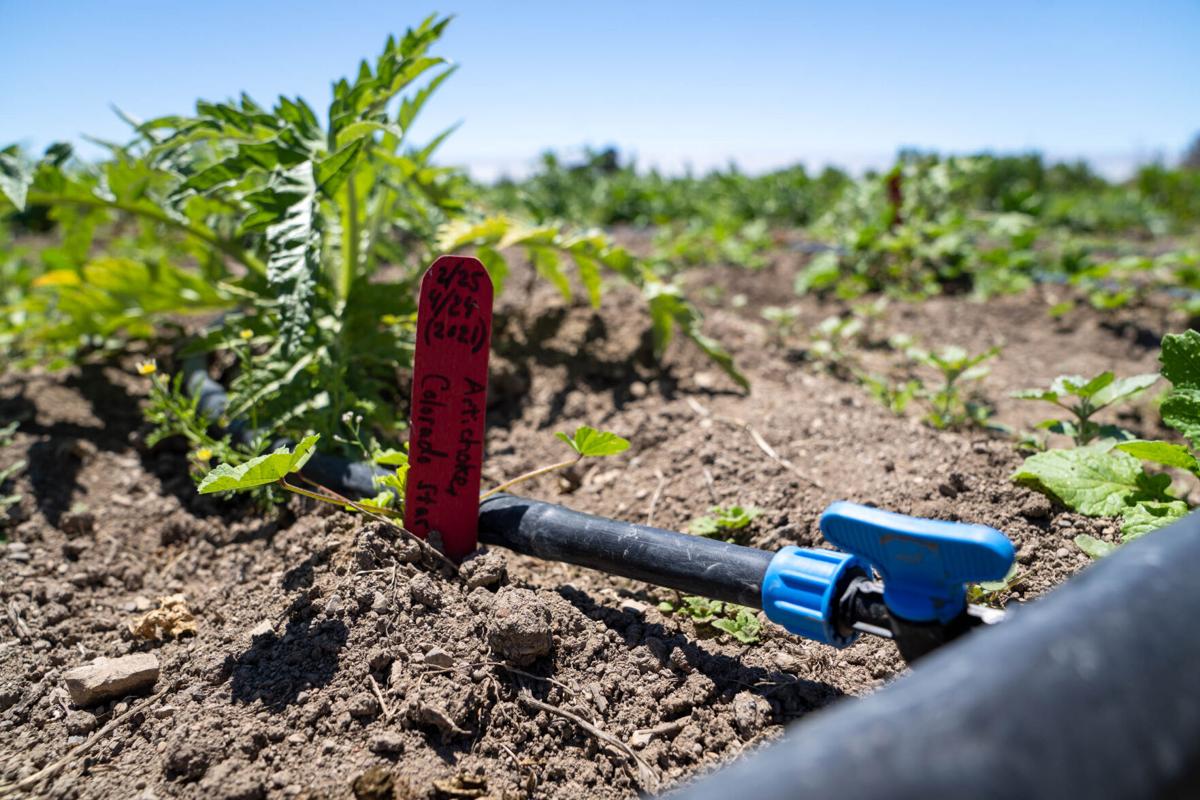 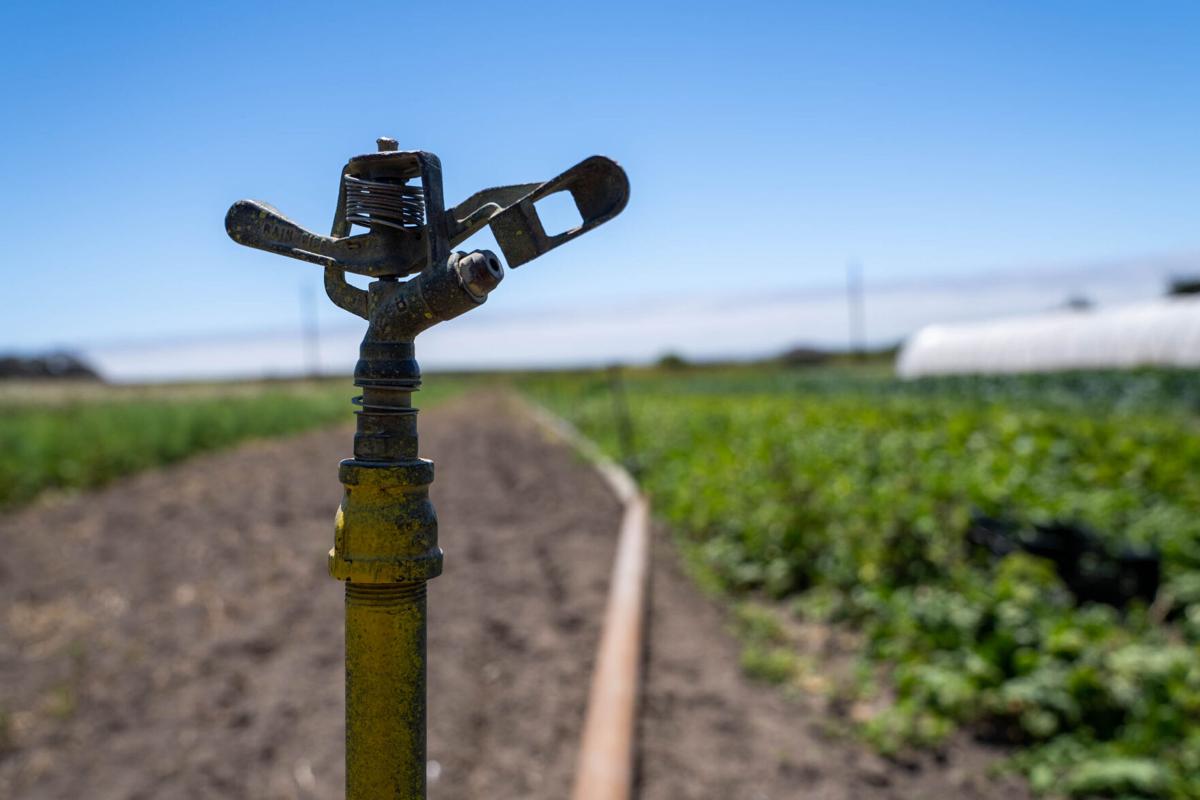 Farmers across California are working to conserve water and rethinking past practices as drier conditions persist across the West. Adam Pardee / Review

Cole Mazariegos-Anastassiou stood above his reservoir on a clear day at Brisa de Año Ranch in Pescadero. Behind him, 10 acres of tomatoes, lettuce, basil, spinach and other produce at different intervals await the harvest.

Mazariegos-Anastassiou, who runs the farm, was examining his main water supply for the entire year. Though Brisa Ranch has access to another nearby reservoir, it’s this 220-foot-long pond that holds the key to the farm’s success this summer.

In Northern California and the Central Valley, where a scarcity of rainfall and snowmelt have left reservoirs far below normal levels, it’s been reported that farms and ranches have had to leave land fallow and replace crops in favor of less thirsty, higher-yield produce. Farms in San Mateo County may not have the severe water rationing experienced in other parts of the state, but that doesn’t mean local farms aren’t watching the taps carefully.

San Mateo County is one of 50 counties in which the state has declared a drought emergency. While the drought doesn’t seem to impact Coastside crops compared to other parts of the state, farmers on the Coastside face their own challenges. Unlike the large irrigation districts in the Central Valley, farmers on the Coastside tend to rely on a patchwork of creeks, wells and reservoirs to feed their crops and livestock.

For farmers like Mazariegos-Anastassiou, who leases 10 acres at Cascade Ranch, reservoirs are key to preserving water from Cascade and Whitehouse creeks during the wet winter months so it can be used in the summer when flows drop. Because of the network of reservoirs Brisa Ranch can draw from, Mazariegos-Anastassiou believes the planted crops should be fine this summer.

But for tenant farmers who lease the land, it’s difficult to develop reservoirs without cooperation from landowners, the Natural Resources Conservation Service and the local resource conservation district, Mazariegos-Anastassiou said. Because a farm might not be on the property long term, a landowner may not want to invest in the project and pay the local resource conservation district, so tenants must figure out other ways to store water.

“It’s tough to work with those agencies as a tenant farmer because you need a lot of cooperation with the landowner,” Mazariegos-Anastassiou said.

BJ Burns, president of the San Mateo County Farm Bureau, said in a dry year like this, farms have to rely on what they have already stored because there likely won’t be replenishing rains over the next few months.

“We’ve been through it before,” Burns said of the drought. “But this one here seems to be a bit worse because it’s getting drier sooner.”

While the drought poses challenges for Coastside farmers and ranchers alike, it’s not drastically different from what they’ve dealt with for years.

“With climate change, we’re seeing more and more drought and will probably be seeing more,” said Mazariegos-Anastassiou. “That said, it’s always been a part of our history in this area.”

Some local farms invest in groundwater to varying degrees. At Brisa Ranch, Mazariegos-Anastassiou can pump portable groundwater, but it’s not a priority for the ranch because the wells aren’t always reliable.

North of Brisa Ranch, at Blue House Farm, farmers recently upgraded the private reservoir. With the assistance of the San Mateo County Resource Conservation District and the NRCS, owner Ryan Casey expanded his pond to hold 30 acre-feet of water, as much as 15 Olympic swimming pools.

The hope among the landowner and environmentalists is that expanding reservoirs such as this will improve water security for farmland, meaning owners don’t have to divert water from low creeks in the drier months, thus improving habitat for wildlife like trout and salmon. The district said its Water for Farms, Fish and People program has helped 25 local farms and six domestic water systems create 50 million gallons of additional water storage capacity.

This was a good example of how, when handled properly, reservoirs can be a win-win for irrigation and the environment, Mazariegos-Anastassiou said. But he again noted that for tenant farmers looking for more water storage to get by during a drought, that process becomes more complicated.

“In our area, we don’t really have a one-size-fits-all water system,” Mazariegos-Anastassiou said. “So, each farmer is really left on their own to figure out a system to conserve water.

“Because so few of us own the land that we farm on, it’s challenging to develop those systems.”

School staff leaves, but not due to pandemic

Some local school districts are seeing widespread staff departures this summer, but the numb…