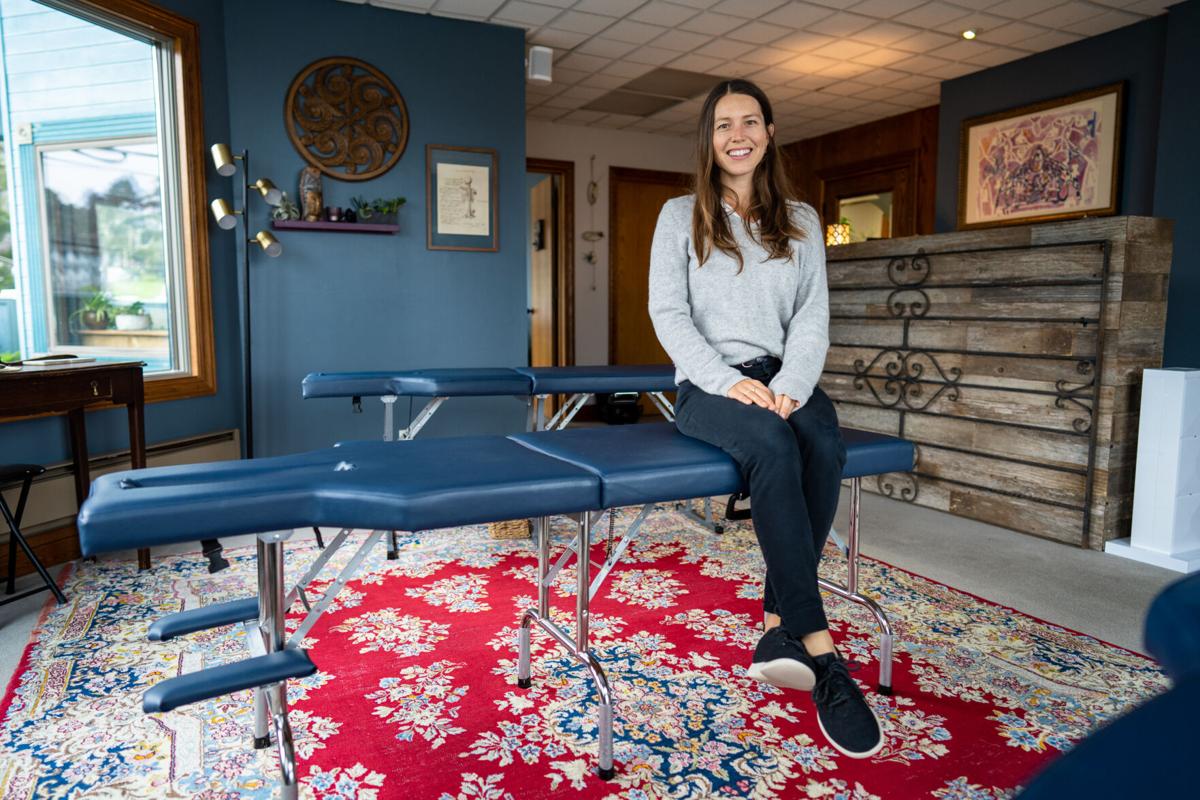 Evelyn Moseley France of Eudaimonia Chiropractic poses for a photo in her office in El Granada. Adam Pardee / Review 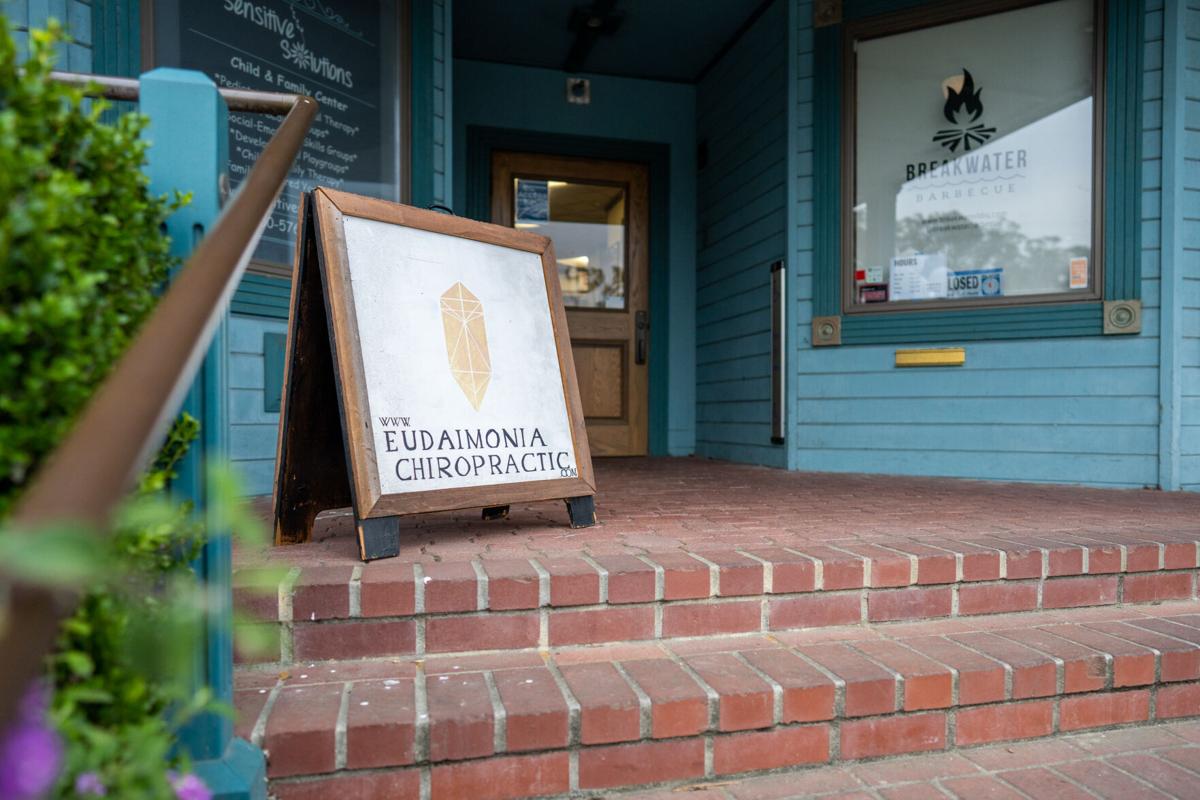 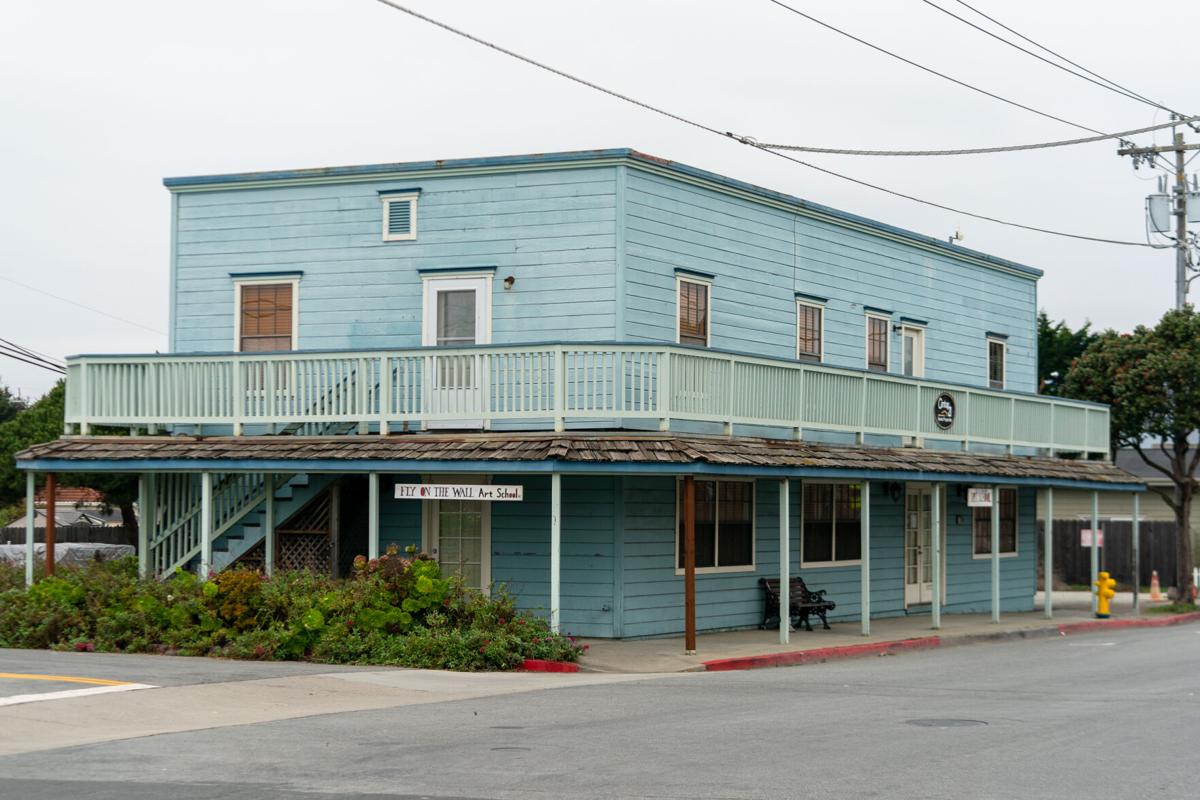 Outside the Fly on the Wall Art School on Main Street in Half Moon Bay. Adam Pardee / Review

When the Half Moon Bay High School class of 2011 tossed graduation caps in the air and became alumni, some had plans to stay on the Coastside while others were anxious to leave the small town and try something new. Now, 10 years later, the coast has been shaped by those who chose to stay or to come back and build lives and businesses here.

Count Franklin Hagarty among those who couldn’t wait to leave.

“Growing up you’re always like, ‘I can’t want to get out of here,’” said Hagarty. “It’s a small town. Everybody knows everybody. Going to college in Hawaii I realized I had picked another small community to be a part of. I realized that these small communities are everywhere. You might be in a big city but you still have your small community within that city. I stopped caring so much about getting out of here, and every time I would come back I would feel so grateful to be in this space.”

Hagarty graduated from the University of Hawaii in 2015, and, in 2020, he and his former classmate Ethan Hofmayer took over ownership of Fly on the Wall Art School from the school’s founder, Susan Carkeek. As previous students of the school, they had developed a history with the founder.

“I knew I wanted to help keep this space open because it was part of my life for so many formative years and shaped me as an artist and creative person,” said Hagarty.

Hagarty and Hofmayer have been creating with each other for years. As students at the high school they painted the big class posters for homecoming that hang in the school gym. Since then they have been dreaming of one day living in the same town again together and having an art studio.

“As a small business owner you start to realize that it’s not just you. There are so many people that help make a small business happen ...” said Hagarty. “You all come together and work to create this little space for yourself. It’s the whole community coming together to support this idea.”

“I really love being in Half Moon Bay and serving my community and getting to help the people here,” said Moseley France. “It was an amazing place to grow up but I moved away because I wanted to see what it was like to live somewhere else. Now, I don’t think there is a better place in the world to be.”

Moseley France married another Half Moon Bay High School graduate and they have a 1-year-old daughter together.

“Being in this community has been part of why things have gone well. We have a really strong support system here, even throughout the pandemic,” said Moseley France. “I think that speaks to this town and the community that we have here. People really wanted to see our family succeed. If I was somewhere else, it might not have worked out this way, so I’m really grateful for how it did work out.”

Moseley France uses her background on the coast to localize her recommendations to patients on how they can improve their health, utilizing things like local produce and the Coastal Trail.

“I have a different approach to what this town has known of chiropractic care,” said Moseley France. “We have so many resources here. It’s beautiful and it’s easy to be active and eat well here.”

Sabina Perlsweig came back to the coast to contribute to the theater. Perlsweig has a long history with the Coastal Repertory Theatre and recently directed the Marvel Spotlight plays with the children’s theater. After graduating from University of California, Berkeley, Perlsweig started her own music studio on the Coastside. She teaches voice, piano and saxophone.

Former Half Moon Bay High School student body president Emma Barr is organizing a 10-year reunion for the alums. Barr also returned to the coast after completing her undergraduate degree at University of California, Santa Barbara, and a graduate degree in biotechnology in Glasgow, Scotland.

Crab season to open next week

After more than a month’s delay, commercial crab season in the Bay Area will open just befor…

Tyler Lipke, the operator of Silverbells Christmas Tree lot along Highway 1 at Vallemar in P…