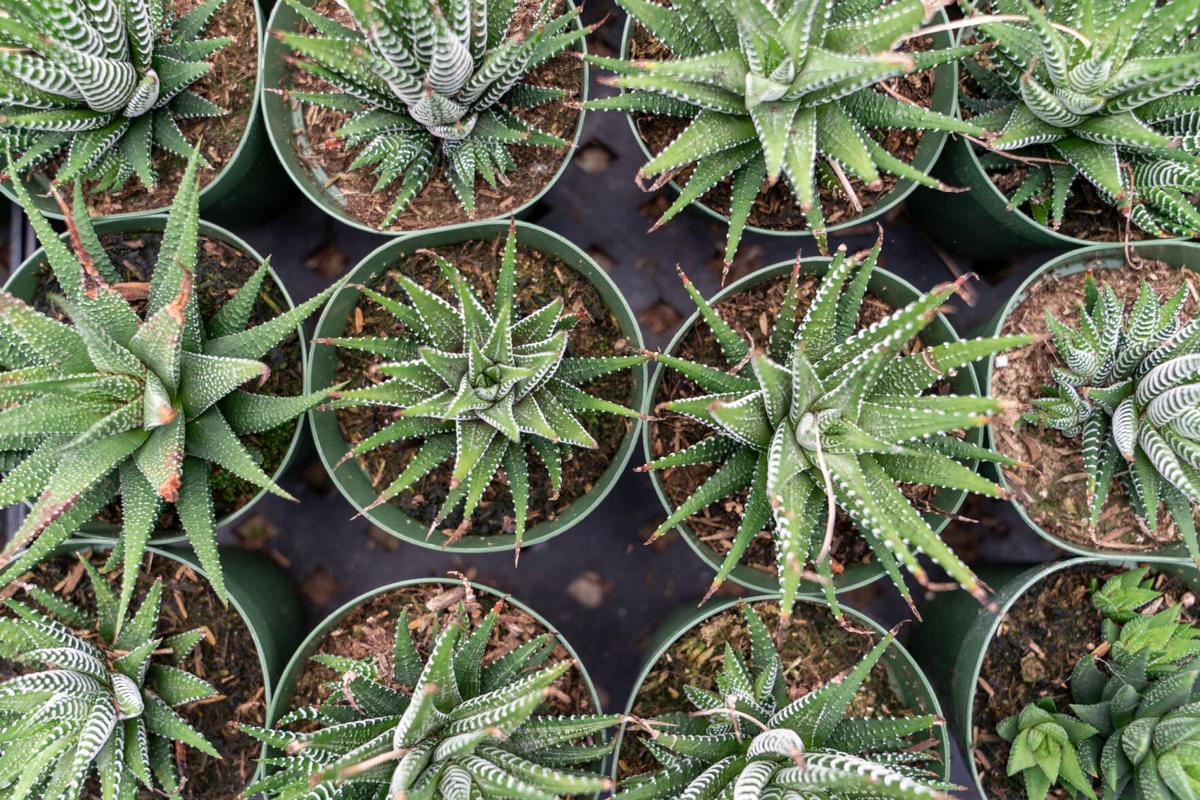 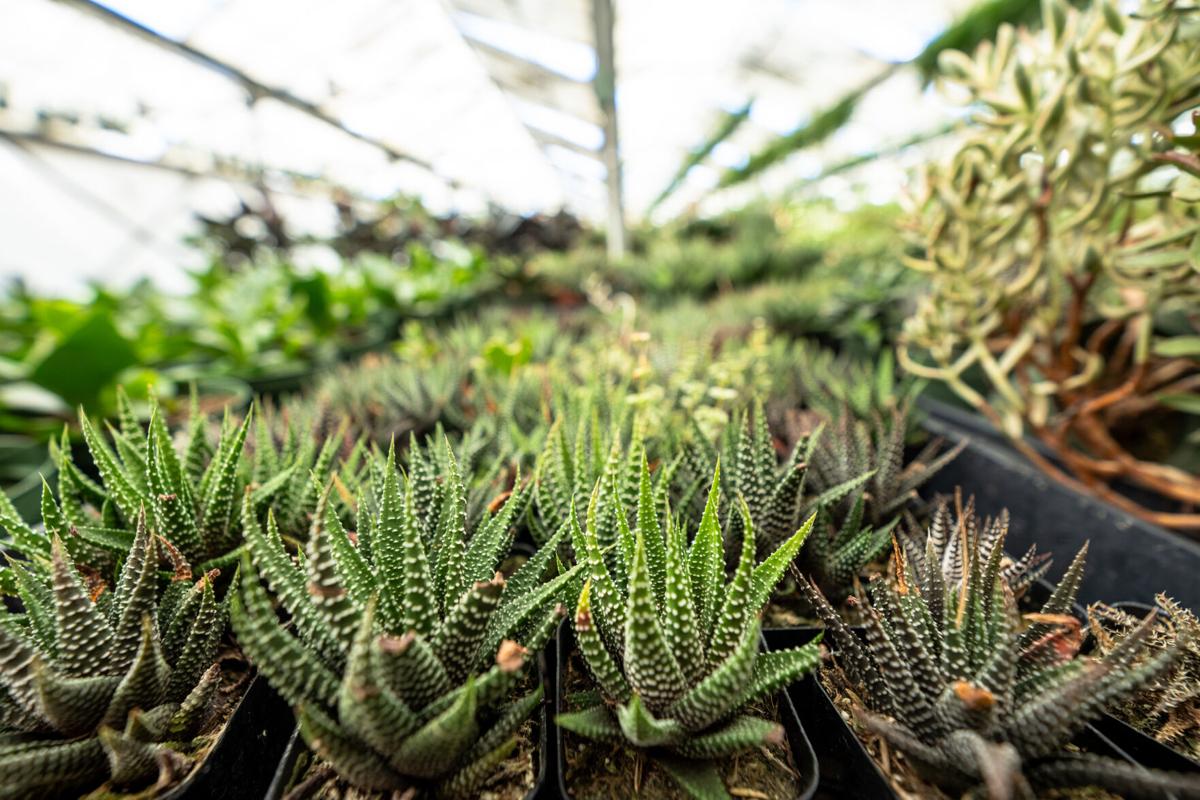 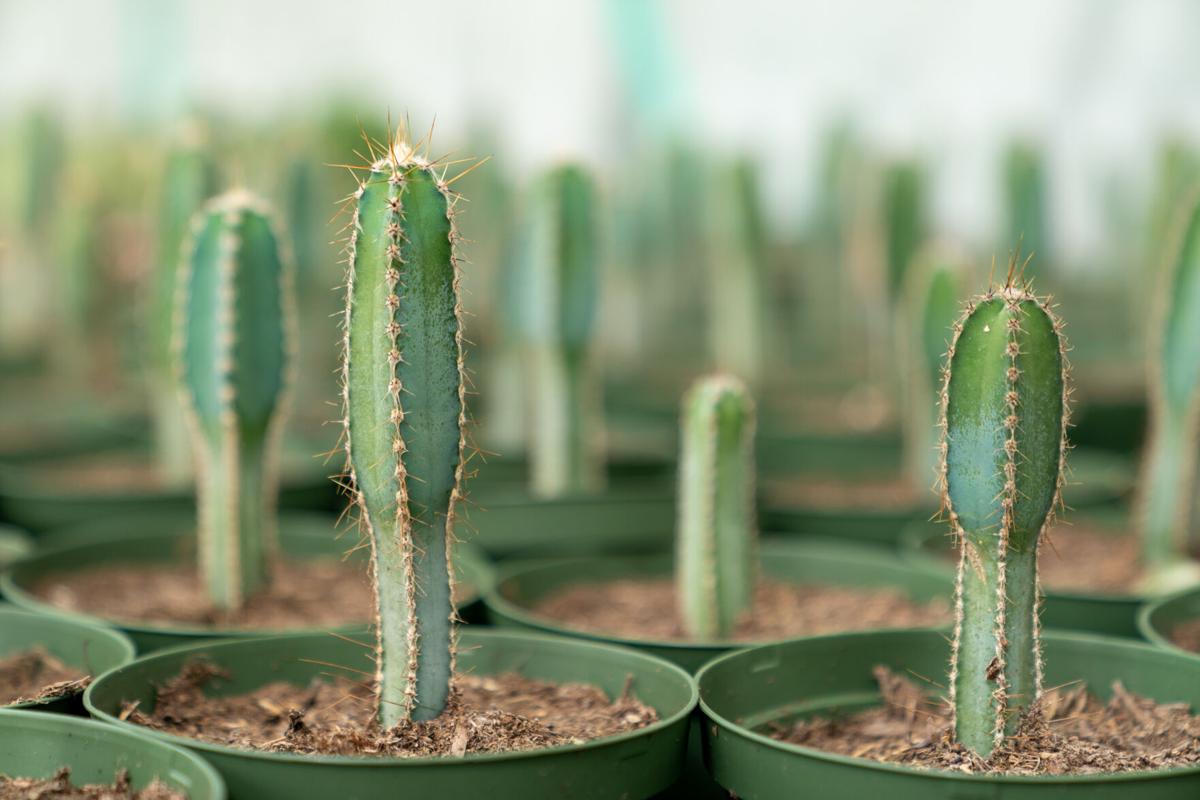 A tray of cacti being grown in Rudy's Greenhouse in Half Moon Bay on Monday, Sept. 28, 2020. Adam Pardee / Review 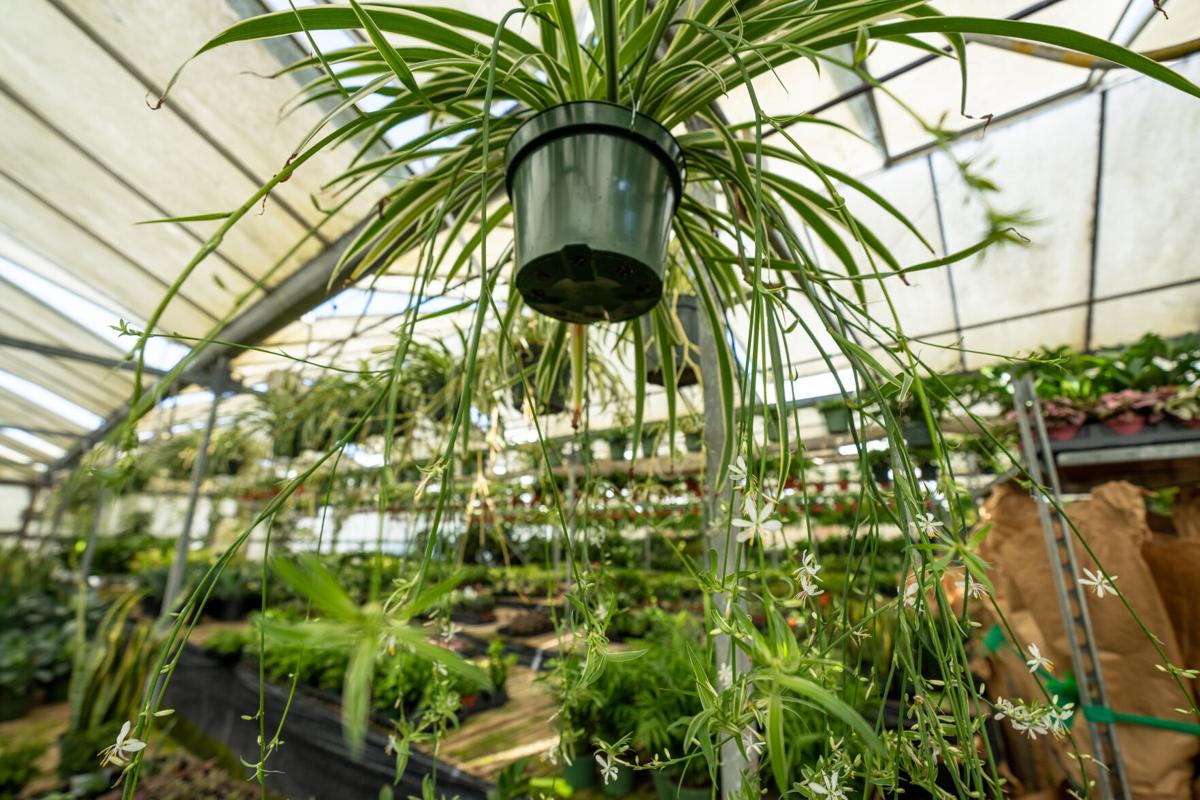 A tray of cacti being grown in Rudy's Greenhouse in Half Moon Bay on Monday, Sept. 28, 2020. Adam Pardee / Review

Somewhere tucked behind Cabrillo Highway, a man tends carefully to his indoor plants: sanseverias, philodendrons, money trees and more than 200 other varieties.

Though the man considers them his own while in his care, his cultivations eventually are bound for the many plant boutiques that have popped up in and around the Bay Area.

The plants’ caregiver, Rodolfo “Rudy” Garcia, is a professional grower who has worked in plant nurseries since 1972, including the one that would eventually become his business when he purchased it from his former boss 12 years ago. His business, Rudy’s Greenhouses, spans two greenhouses, 50,000 square feet in Pescadero and 25,000 square feet in Half Moon Bay.

During the pandemic, Rudy’s Greenhouses is thriving.

Garcia, 65, a quiet man who dresses simply and is camera-shy, prefers to talk about his plants and how indoor plants have made a comeback in the last four or five years. This trend continued not only despite the shelter-in-place orders but maybe even because of it, he said.

With more people indoors, first-timers seeking to introduce life into their new at-home worlds turned to indoor plants. More critically for Garcia, who only sells to wholesalers, nurseries and shops certified to resell plants, longtime hobbyists have begun opening their own shops, some since March.

When the first round of closures of nonessential businesses swept through California and the county, Rudy closed his nurseries for five weeks.

“It was really hard,” he said.

He had to halt all deliveries, which made up about 80 percent of sales. Then, he had to lay off his employees, though he still paid them to help cushion the blow of sudden unemployment.

But as restrictions eased, the business rebounded. He hired back most of his employees and has resumed selling to about 120 customers from San Francisco to San Jose. Business is comparable to what it was prepandemic.

Garcia started to reopen with pickup services, at first outside the greenhouse. Now, customers are allowed to come in, a limited number at a time, and with each one’s temperature checked at the door.

Pickup services have become essential for many of his customers. The newer shops, unlike the legacy wholesalers he started with, run small enough operations that they can’t meet Garcia’s minimum order requirements for delivery. Some are so small that shop owners who buy from Garcia arrive at the greenhouse with their personal SUVs to pick up their order.

When Garcia opened his business in 2008, he mainly sold to large nurseries or wholesalers that would order 50 flats of one variety. Now, as small boutique plant shops operate on small quantities but wide variety, Garcia has been selling four to 10 flats of one kind. This new trend translated to much more time in the greenhouse fetching requests from different corners of the property.

Garcia said he started noticing an interest among younger shop owners for plants that had been popular in the 1970s — fern, ficus, spider plants and many others. He didn’t know what spurred the trend that has since continued, but he guessed people were learning about how the plants provided good aeration indoors.

Garcia’s philosophy has always been variety. He actively embraced sourcing new plants from Florida, Costa Rica, and as far away as Holland, while maintaining the older types familiar among his customers. By mixing the old and the new, he believed he was well-positioned to meet current buyers’ demands.

Garcia doesn’t keep an inventory the way other nurseries do.

Preferring to do most of the watering himself, he has a close-up sense of what he’s lost.

On a recent Monday afternoon, he went through his usual routine. Walking the aisles, he scanned the rows for dehydrated soil and plucked browned leaves whenever sighted, accumulating a bouquet of dead growth in his hands, which he tossed into one of the many garbage bins nearby. At the back of the greenhouse, he stopped at a plastic tray of ferns, new propagations mostly crisped and discolored.

“Sometimes I put too much water,” he said. “I just have myself to blame.” r