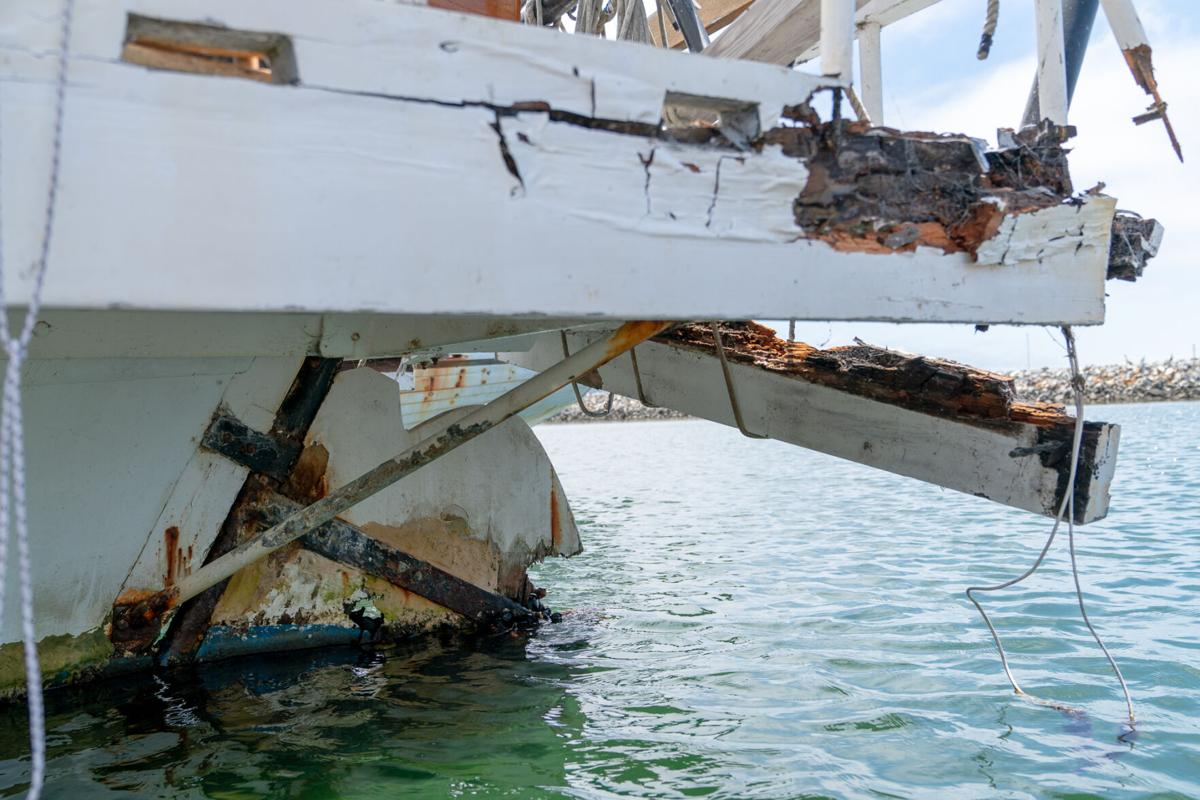 Boats deemed too hazardous to remain in PIllar Point Harbor are set to be demolished. Adam Pardee / Review 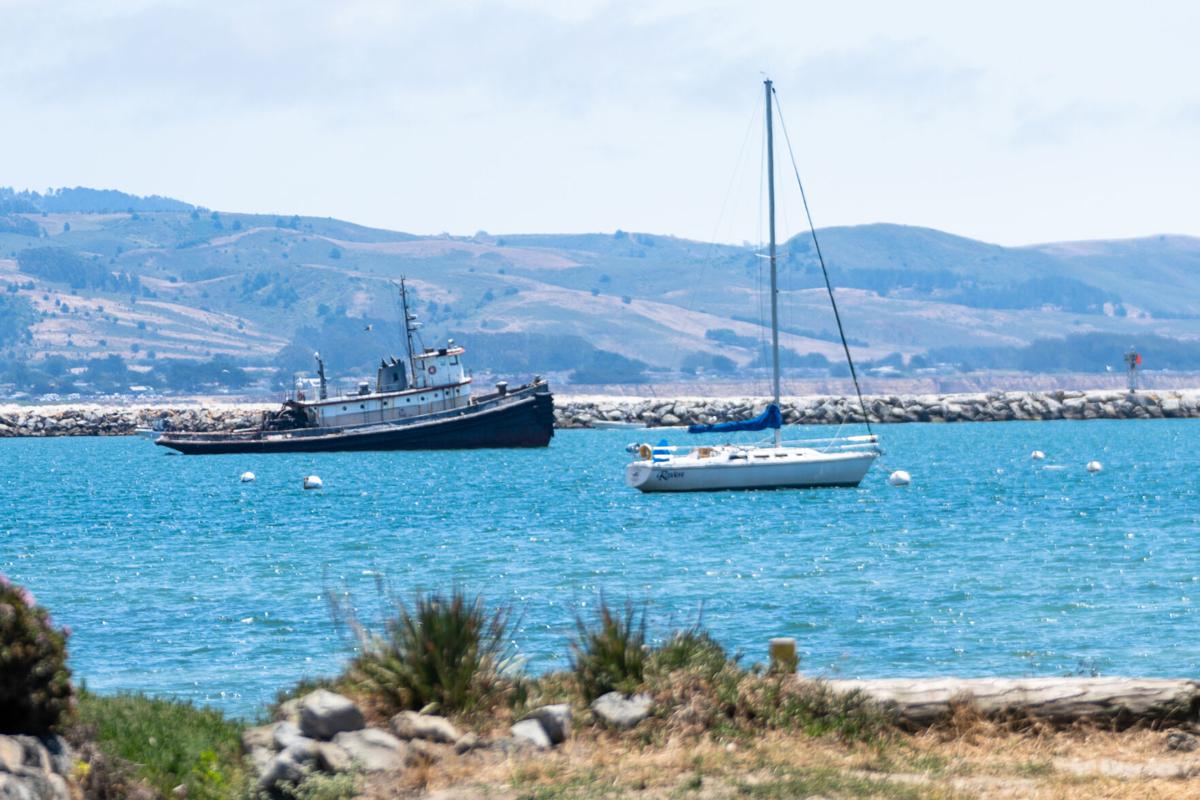 Boats deemed too hazardous to remain in PIllar Point Harbor are set to be demolished. Adam Pardee / Review

Every year across the state of California, hundreds of boats are abandoned. Some are found on the side of the road, others left rotting in marinas like Pillar Point Harbor. While parts can be salvaged from unwanted cars, derelict boats that have reached the end of their useful life are rarely repurposed.

Often the cost to remove these sitting vessels falls onto marina owners and taxpayers through the state’s Surrendered and Abandoned Vessel Exchange program.

“The primary issues with abandoned boats are they are an environmental and safety hazard,” Pillar Point Harbormaster Chris Tibbe said. “They also pose a risk for any first responder that may have to get on that boat for a rescue.”

Tibbe expects his harbor to properly dispose of 25 vessels by the end of this year alone.

“Our current schedule involves inspecting and monitoring these boats at every shift to make sure they don’t sink,” he said. “This removes resources for us to see what else is going on.”

San Mateo County Harbor District annually applies for grants from the California State Parks Division of Boating and Waterways for the purpose of demolishing abandoned vessels. This year the district was awarded $150,000 for the purpose.

The SAVE program is funded partially by fees people pay for boat registration and from the gas tax. The grants reimburse the district after it contracts to have the boats removed. It’s expensive work ranging in the thousands of dollars, but it’s not nearly as costly as it would be were the vessel to sink and require salvage divers and air bags to be deployed to raise the boat. Boats have engines with gas or diesel tanks on board and other equipment that can cause pollutants to leak directly into the open ocean.

“There are many reasons why people walk away from their boats. In my experience it’s because the person did not have the financial resources or they did not do their research to know there is this program,” said Ron Kent, the California State Parks SAVE program coordinator.

The SAVE program is available to all agencies in the state that choose to pursue the funding, however Kent said there is much more demand than money available. Typically the program gets between $1.75 million to $2.75 million per year, but it’s not nearly enough to dispose of all the abandoned boats in state waterways. The program is the only one of its kind in the state for a no-cost alternative for recreational boat owners to surrender an unwanted vessel. The rightful owner can either turn in a boat or a local agency can apply for the program if no owner has claimed the vessel.

There are several hotspots where people are known for abandoning boats, such as in Richardson Bay and the Sacramento-San Joaquin Delta. While the SAVE program provides the majority of the funding to dispose of these flagged boats, it requires a 10 percent match from participating agencies.

“The fees to get rid of these boats ultimately goes to the taxpayer,” Tibbe said. “One side effect of the pandemic is boat registration is down. And if less people contribute to funding the SAVE program, it’s going to be more challenging for local agencies to muster up the money to dispose of the boats responsibly.”

The latest data available shows that between fiscal year 2015-16 and 2017-18 about 1,468 recreational vessels were removed from California waterways at a cost of $5.2 million to the state.

Is the SAVE program effective in reducing the problem of abandoned boats? Even Kent isn’t always sure.

“Are we making a dent or just spinning our wheels?” Kent wondered aloud.

One of the challenges in tracking any success of the program is getting an accurate count of how many vessels are in the water at any given time.

Despite lack of a clear metric for success, Kent can point to some changes. One involves monitoring when new boats anchor at marinas. For example, several government agencies in Richardson Bay now have policies in place to carefully monitor when a new boat arrives to anchor. California State Parks is also working to help local agencies review their lease policies when issuing a dock slip to a perspective tenant.

“You’ll get someone who will pay the deposit up front and they’re on their last leg, and later will skip town. Now you have a boat on your hands,” Kent said. “We try and encourage marina owners to do a background check before approving it and checking to see what condition the boat is in.”

Tibbe, who assumed his role as harbormaster recently, said he monitors sites such as Craigslist to look for cheap boats for sale. He’s watching to see whether they’ll end up at Pillar Point.

“We understand there is an attractiveness to getting a boat to live on for someone who is resource or housing challenged,” Tibbe said. “But taking on that responsibility is unsafe for not only that person but for the environment and anyone else that has to come out to keep that person safe. The idea of living on a boat is not for the unskilled mariner.”