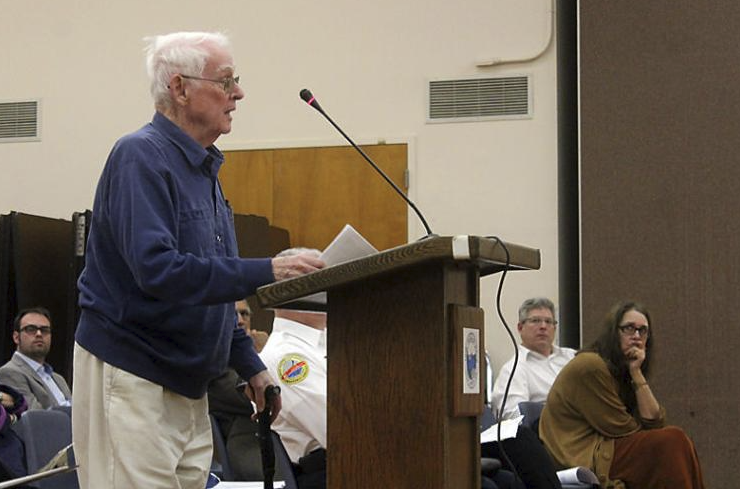 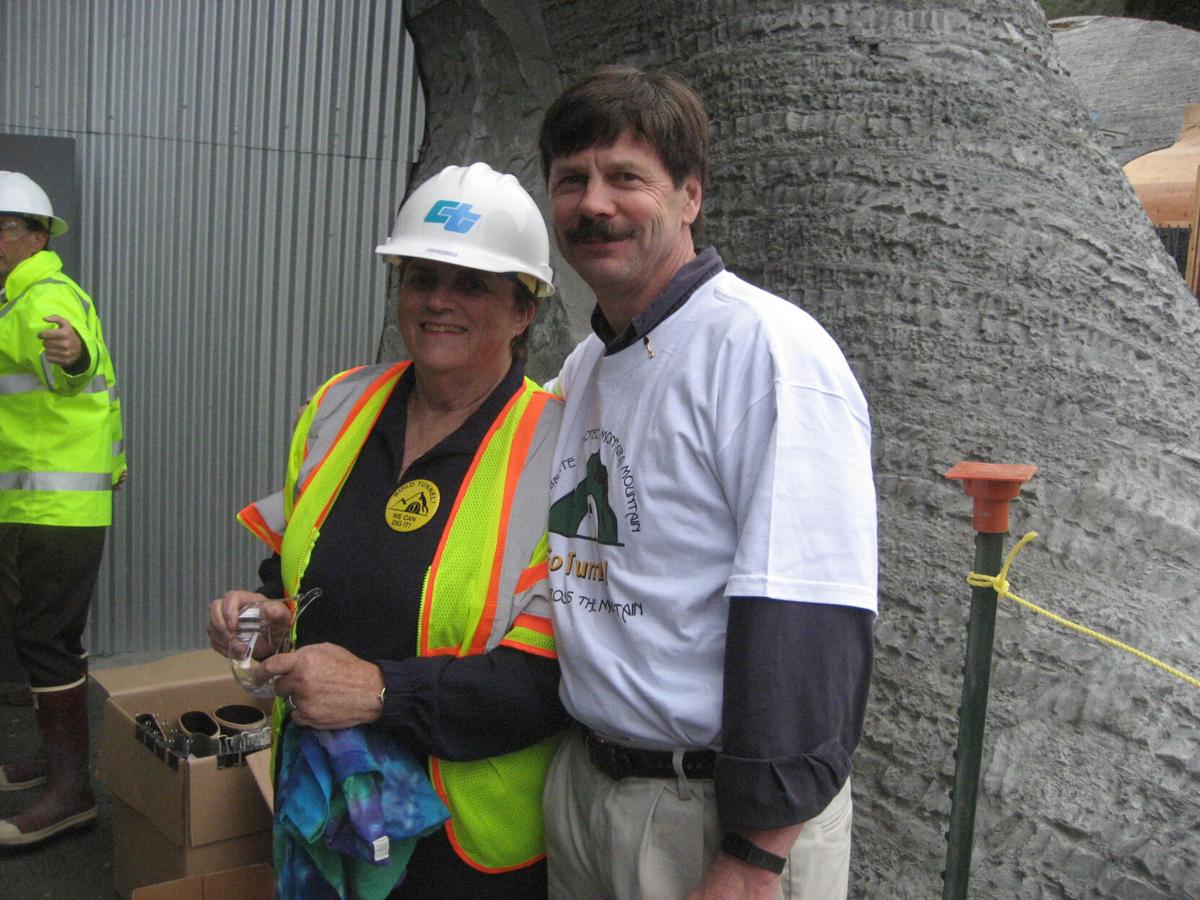 Two prominent Coastsiders, John Lynch and Chris Thollaug, died this week. Each was a titan in his own right, with a stalwart attitude toward protecting the environment and endless heart for the Coastside community.

Half Moon Bay resident John Lynch is best known on the Coastside for dedicating himself to activism and riding his patriotically adorned scooter around town as he gathered signatures for the environmental fight of the day. Lynch was 95 when he died on Oct. 8, after recovering from an aortic aneurysm and foot operation earlier in the fall. His daughter Allyson Lynch said the COVID-19 pandemic wasn’t easy on her sociable father, and she hopes he is remembered for his tireless devotion to the community.

“He was so dedicated, more than anyone else I know,” Allyson Lynch said.

Lynch got started in his Coastside activism after retiring, when City Councilwoman Debbie Ruddock recruited him to work on passing Measure A. He had worked on the census and dove into local politics when he was appointed to the city’s planning commission. He co-founded the League for Coastside Protection, fought against the Wavecrest development, and for the fire department, the Devil’s Slide tunnels and the Main Street Bridge, and even fought to protect Dunes Beach near the end of his life. At his 95th birthday celebration this year, Lynch proudly stated he had a record of winning 26 out of 30 Coastside efforts.

But to those who worked alongside him, it’s not just his successes that stand out.

Lennie Roberts, longtime legislative advocate, said she won’t soon forget sitting around the Lynch “clubhouse” making signs, debating, shouting and laughing. Ruddock will remember him as a role model for perseverance and selflessness, and for the time he got stuck in mud in his motorized chair on the Wavecrest bluffs after visiting his homeless neighbors.

Montara resident Chris Thollaug’s legacy, too, is one of devotion to the Coastide environment and community. In 1993, he quit his full-time paid position at the Sierra Club to dedicate himself to working full time toward research and advocacy in favor of constructing the Devil’s Slide tunnels over a planned multi-lane bypass through Coastside open space. According to a post online from his family, he died on Oct. 7 at 70 years old a year after suffering a brain hemorrhage.

Kersteen-Tucker, who worked alongside Thollaug on the tunnel campaign, said his intellect, dedication and passion were unmatched. She credits him for saving Montara Mountain and McNee Ranch State Park, and remembers fondly his open heartedness to campaign newcomers and his love for his neighbors and his home.

“Chris was one of the most intense, intelligent and compassionate people I’ve ever met, particularly when it came to defense of the environment,” Kersteen-Tucker said. “It was extraordinary to see him go to work.”

To Kersteen-Tucker and Roberts, the pair’s legacy is a reminder to fight for what matters, to embrace community, to have fun and to never stop showing up.

“You need to remember that life — especially in the case of Chris — can be shorter than you would like it to be,”

Roberts said. “So look at the things that really matter to you and how you can make a difference.”

Ruddock said she has asked city staff to begin preparing a proclamation honoring Lynch’s life and contributions to the city, and said she is also interested in naming a local landmark or creating an award in Lynch’s name for people who follow in his civic-minded footsteps.

No details about a memorial for Thollaug were available at press time. Friends are directed to a memorial site, https://www.forevermissed.com/christopher-linden-thollaug, where they may share memories and photographs. Lynch’s family will be celebrating his life at 1 p.m. on Sunday, Oct. 25 on the Coastal Trail to the south of Kelly Avenue where a bench dedicated to him stands.

This version corrects the date and cause of death for Thollaug.

When I first met John Lynch it was in the mid 90’s and we met while Volunteers for Light up the Sky 4th of July committee we would fundraise to get enough money to put on a free Fireworks show at Princeton Harbor. Over the years, John and l served together on many committees and causes. He was the top signature gatherer for the Keep CalFire Recall of the Coastside Fire Protection District that saved the Coastside community Millions of dollars. Many of us would gather for breakfast at Joe’s (Pre-Covid) to have lively discussions of the topic du jour. His loving wife, Jule, preceded him in death and she really was his steady rock. He also out-lived his own son, Scott, and that’s not how it is supposed to be. Despite it all, his daughter Allyson managed to see that he could keep on going, and he was a familiar sight to all as he rode his electric scooter down the parallel trail from Frenchman’s Creek to the shopping centers to gather signatures or chat with old friends in his iconic Dr. Seuss-style Patriotic Hat and his red, white and blue shirt. For a 95 year old everyone would agree that he was vivacious and feisty spirit.

John Lynch was the most dangerous man on the Coastside and he would take that as a compliment. Nobody believed in America more then John Lynch did. Nobody has ever been as much fun to work with as John Lynch.

I suspect Mr. Lynch is gathering signatures up in heaven as I type this. Go get 'em Padre.

Weather you agree or disagree with John, he was a man of integrity. Much of what we as coastsiders enjoy is a direct result of John's efforts. I miss you John.

Fisherman on probation for harbor assault

A former Half Moon Bay police chief has been named to a top position in state law enforcement.

Beach Break Entertainment is hosting its first annual film festival just in time for the holidays.

The San Mateo County Board of Supervisors voted at its Dec. 14 meeting to form a subcommitte…