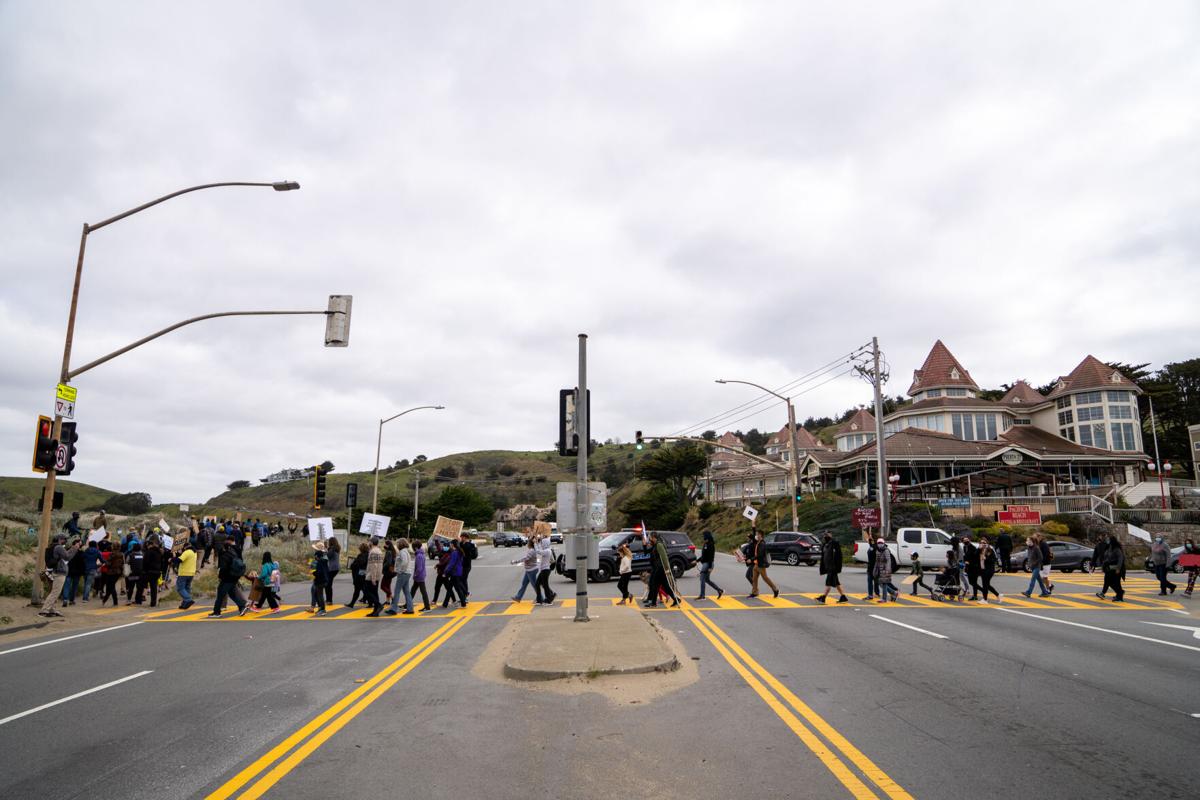 People protesting recent hate crimes against Asian Americans and Pacific Islanders gathered in the parking lot of the Pacifica Community Center and then marched to Rockaway Beach on Saturday. Adam Pardee / Review 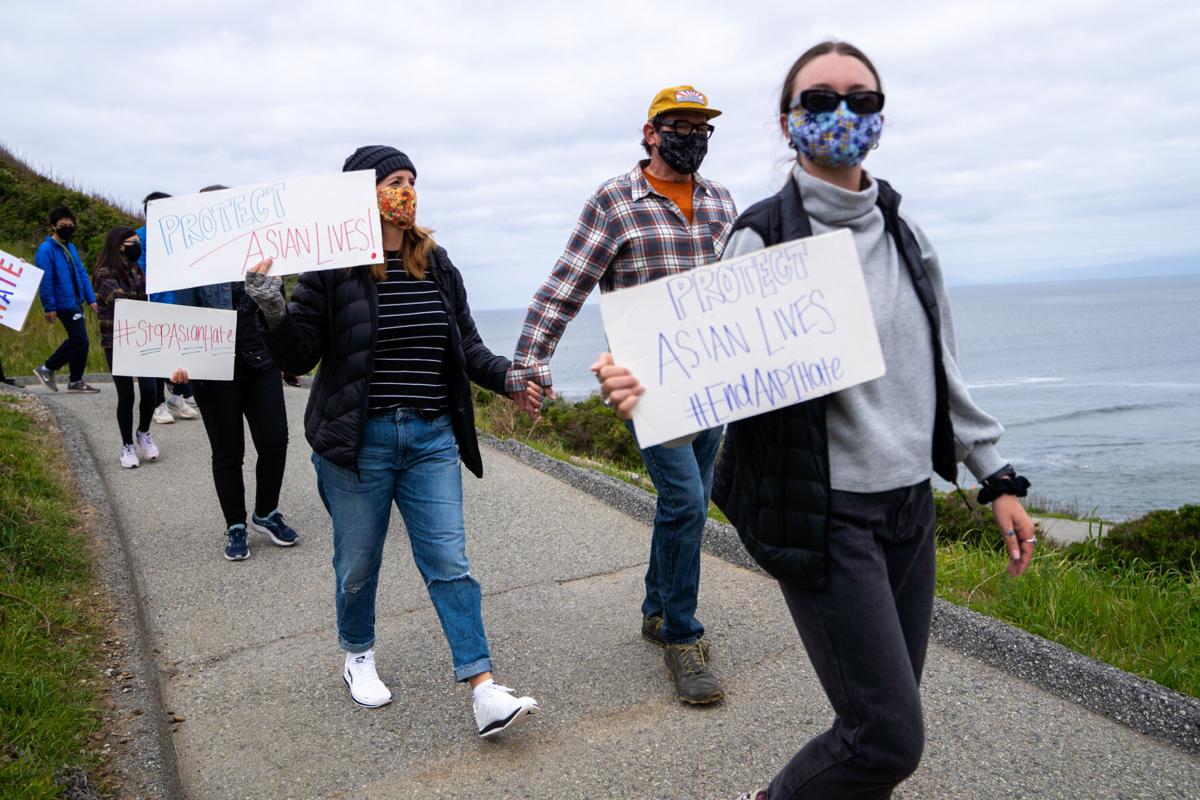 People protesting the hate crimes made again Asian Americans and Pacific Islanders gathered in the parking lot of the Pacifica Community Center and then marched to Rockaway Beach on Saturday, April 3, 2021. Adam Pardee / Tribune

A group called Stop Asian Hate held a rally in solidarity with those affected by hateful words and violence on Saturday morning. It attracted about 90 people at the Pacifica Community Center who then walked to Rockaway Beach.

Julie-Ann Burkhart, who is a Filipino American, said experiencing racial hatred is nothing new to her, but that became much worse last year. She tearfully shared her thoughts at the speaker’s podium.

“This is the worst I’ve ever been through,” she said. “I know friendships have been severed. It hurts a lot.

“We are not the virus. We’re resilient Asian Americans. We have a vision to build bridges in the country to protect Asian American culture,” she continued. “We have all experienced more hateful actions since the beginning of the pandemic. Call 911 if you see someone injured.”

Recent national news stories of violence toward Asian Americans include a shooting in Atlanta, where eight died — including six people of Asian descent — after a shooter opened fire in a spa. Closer to home, a 91-year-old Asian American was pushed to the ground in Oakland’s Chinatown, an 84-year old Thai man was attacked during his morning walk, and a Vietnamese women was assaulted and robbed of $1,000 in San Jose.

Nationally, reports of hateful words and racial slurs increased in frequency over the last year, according to FBI statistics. Local residents said this is true for them, too. Burkhart read the names of those recently killed in Atlanta and asked for a moment of silence in their memories and asked all to think about them and the elderly Asian Americans facing violence in the Bay Area.

She introduced the word “kapwa” in Tagalog which means “neighbor” and “kindred spirit” to inspire all to think about what people have in common rather than what separates them.

Andy Lie, a Jefferson Union High School board member, said, “As an Asian American and a Pacific Islander, I was raised in San Francisco. This is the worst I’ve ever seen this year. This is an opportunity to come together to make change.”

In his address before the assembled group, he urged all to speak out in support of Asian Americans and Pacific Islanders and asked for support from other school boards to take stands.

“It was painful to see so much hurt,” he said.

“At JUHSD, we have mostly people of color. Our students are severely affected. They have experienced harm,” she said. “It brings it to Pacifica.”

San Mateo County Board of Supervisors member David Canepa said he expects the supervisors to formally condemn the tide of hate next week and to assure that hate crimes are treated as such.

“Then the county can be a safe zone. We will put this forward with the district attorney and judges. Make sure all are included. Violence will not be tolerated,” he said.